Monday October 12, 2020 -The problem with advanced electronic sonar is that you can’t blame a slow day on lack of fish.   Instead you have to invent new excuses not to be catching fish when you can see them all around you and they just aren’t interested.  Sometimes they just don’t eat.  I should learn something from that after gaining 10 lbs during the COVID 19 crisis.  Sometimes I just shouldn’t eat.  The Panoptics Live scope keeps me interested and frosty all day knowing  that I am casting to fish.   It helps me figure out how to retrieve the fly.   I’ve noticed over the past couple years is that you can tell if stripers are hunting or resting by the way they move in the sonar.  When I go to the Bass Pro shop down the street,  I like to watch the two large stripers in the tank especially around feeding time.   The stripers in the Bass Pro shop aquarium will sometimes swim in circles faster and faster as they anticipate being fed.   Sometimes they just hover on the bottom.   It’s not hard to interpret fish behavior on live sonar video vs a static crescent on the down sonar,  especially when you can match it to the behavior of aquarium stripers.    When they hover on the bottom swimming slowly,  long pauses give them a chance to ease up on the fly and mouth it.   Lots of movement in the fly  attracts slow moving fish in the vicinity and if you have any chance at all,  you have to make long pauses.  Faster moving fish will stun the fly and come back a second time to eat.  Those are the fish that hit a fly as fast as you can strip it.  The past few weeks,  the striper bite is either a suicide grab or  a very light spongy bite.   When the bites get light after long pauses,  catching fish becomes a finesse game.    Finessing stripers at the lake is loads of fun.  When the bite is light,  it take concentration to capitalize on every opportunity which may only come once an hour.   I only landed 6 fish  hooking 8 today,  but I was fishing hard all the time for those few opportunities–lots of fun in the middle of a pandemic. 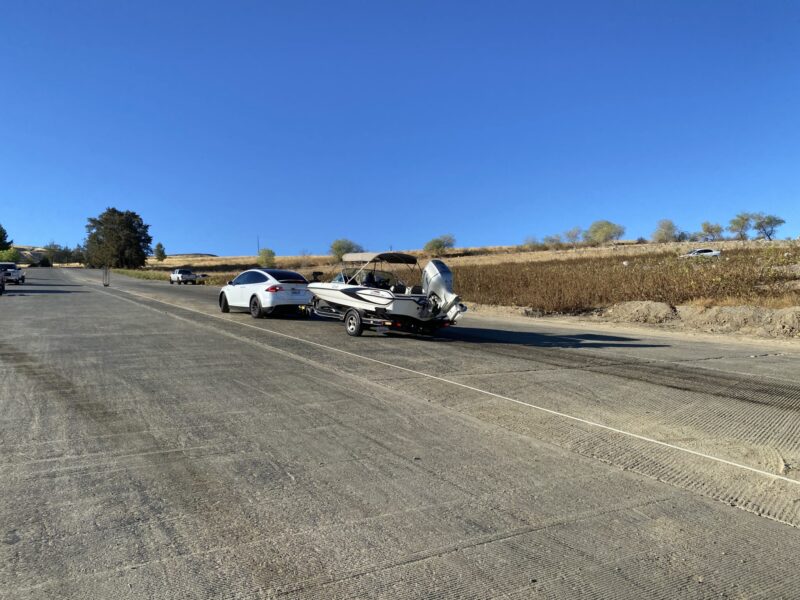 When I pulled up to the Basalt Launch ,  a Tesla X pulling a boat launched right next to me.   Gina and I just bought a Tesla Y to replace our leased Ford Fusion Hybrid and I has a tow capacity of 3500 lbs. After doing the math,  it takes $40 of gas for the round trip to San Luis and only 4 dollars of electricity to do it in a Tesla!    Fifty Trips a year adds up to  $1800 a year.    I think the towing range of a Tesla pulling a boat is only half of the 350 extended range.  But with a 150 mile range,  that is perfect for a round trip to San Luis and back at only 120 miles. It’s cutting it close though. 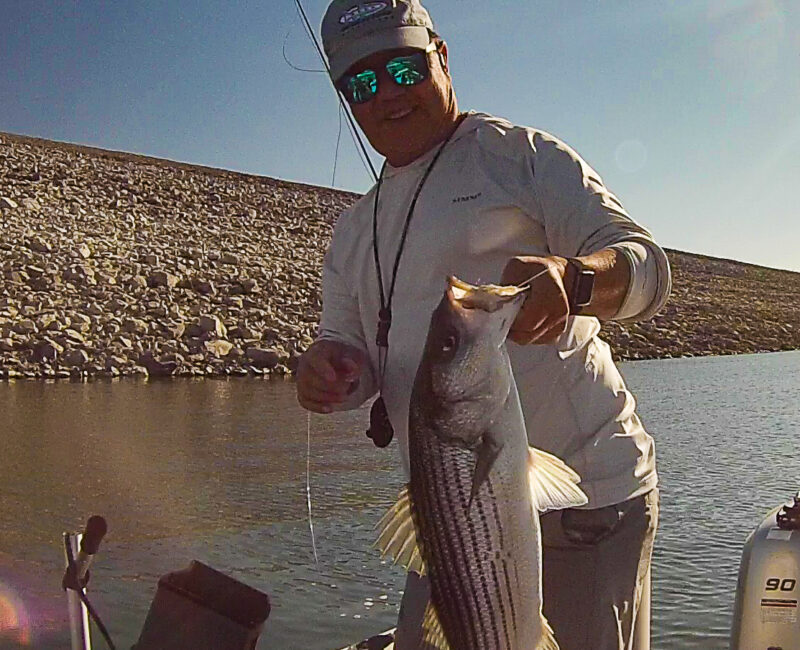 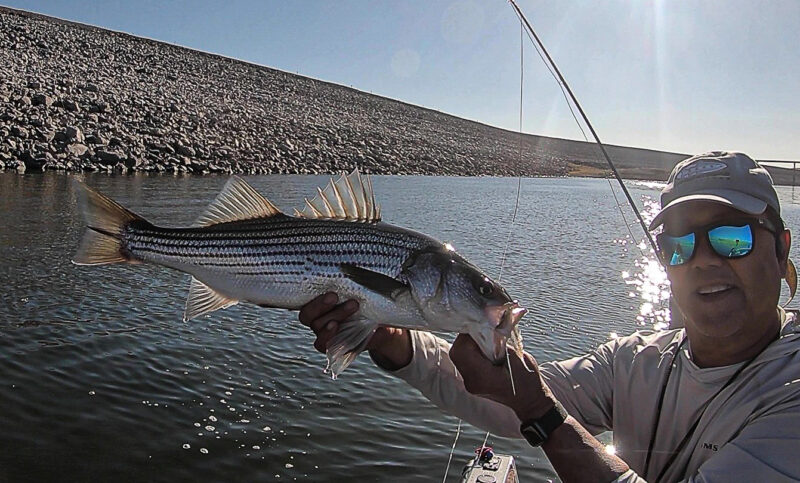 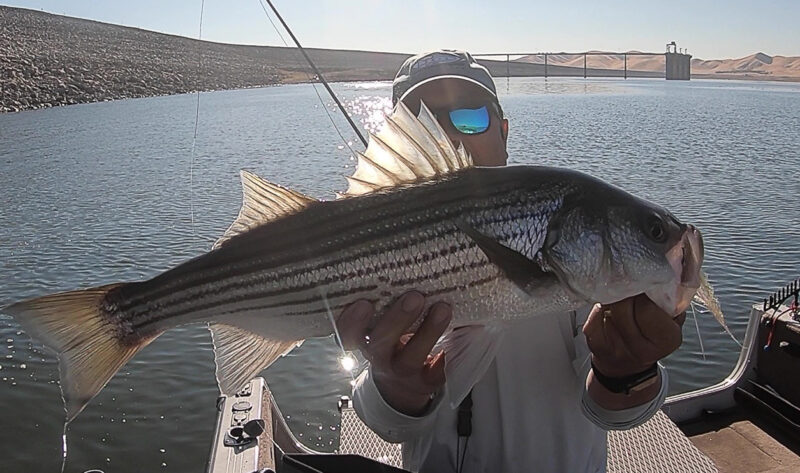