Friday Jan 1, 2021 – The Season of Covid continues into a brand new year.  This year on the lake has been a unique experience for me.  I owe the lake my sanity.   Fishing alone on the lake is probably the safest place I could be both physically and mentally and for that I am thankful.    I really didn’t expect to catch anything today.  Instead I was planning on experimenting with Crawdad patterns along the dam.    I started out with my very best crayfish fly and it took two hours to get one fish on it.    I switched to an orange, brown and yellow clouser which had a hint of crayfish but  looks like a baitfish too.   It turns out the fish like that just as well if not better.  Maybe that is why red and brown flies seem to work very well on the lake. 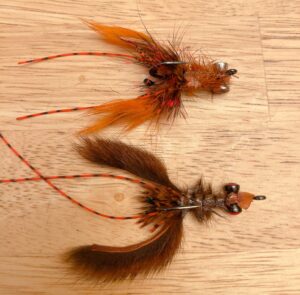 It was 48 degrees on the lake with a slight breeze which made it seem freezing all morning.   The fish were not into chasing a fly much either.   By 11:00 I had two fish.  Brian and I bumped into each other at Guardrail.   Brian was having a slow day as well.   I figured the full moon and cold morning might push the good bite window out till the afternoon and decided to work the entire face of the dam slowly to catch more fish like this mornings pair.  That turned out to be a pretty good decision.    I dont fish the dam between the Guardrail and the Trash Racks much but this morning it gave up 6 fish.   By the time I got to the trash racks,  it was 1:00.   I had watched a ton of bait fishermen around the racks all morning.   Last week they were targeting schools of stripers in 60-100 feet of water and I didn’t sonar any bait or shad around the racks six days ago .   Today however,  the schools of bait and shad were back on the racks.  The lake has been filling and maybe they turn the pumps on at night. They weren’t on all day long.  I could see stripers working the schools of bait and they were only 30-20 feet down.  It was frustrating seeing them and not get them to hit the fly. I tried downsizing the fly and tried different kind os fluffy suspending flies but they were not particularly interested.    I managed to catch two “flossing” the racks after long counts.  They both hit on very slow deep retrieves.  I have a feeling the racks will turn on as soon as the pumps start pushing water into the lake when it starts to rain.    I finished the day with ten fish-lots of skinny ones though.

The fish I caught today were long and lean and seemed malnourished.   There must not be much bait in the lake to fatten them up or they are just too cold to go after them.     Come March I hope they fatten up like they did last year. Where do the baitfish go when it gets cold?   I think the  cold water seems to make the fish very lethargic and unmotivated to eat although the water temps on the lake were in the high 50’s.   I managed to hook an 8 inch American Shad around the racks and they look like a perfect snack for a 20 lb striper. 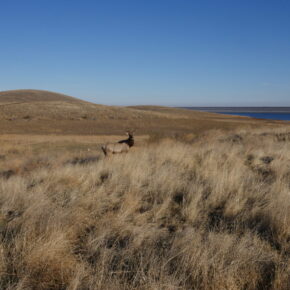 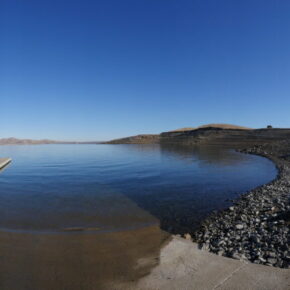 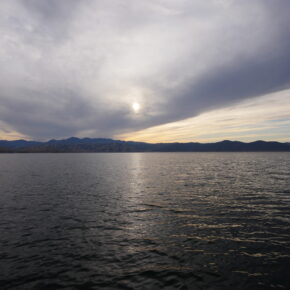 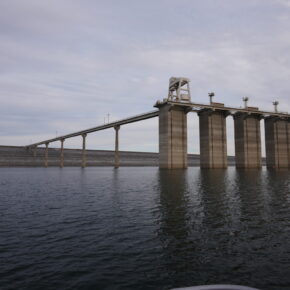 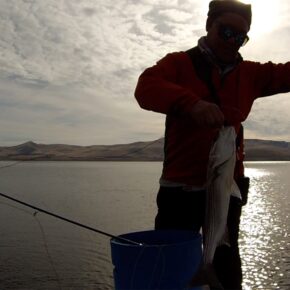 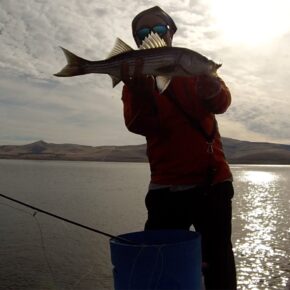 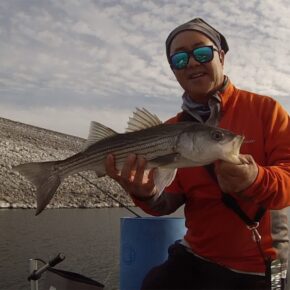 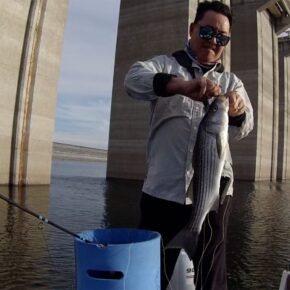 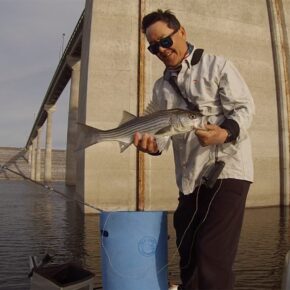 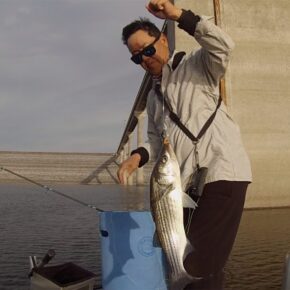 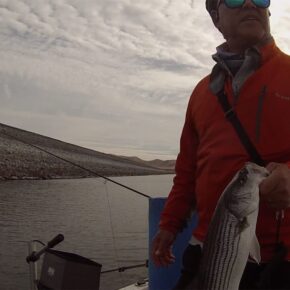 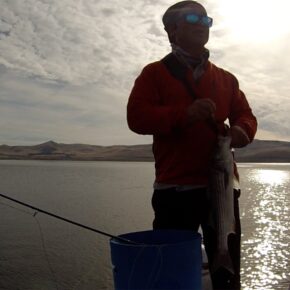 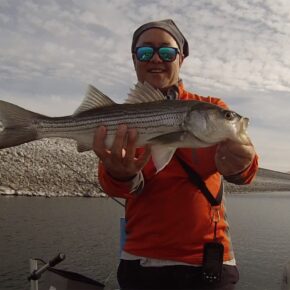 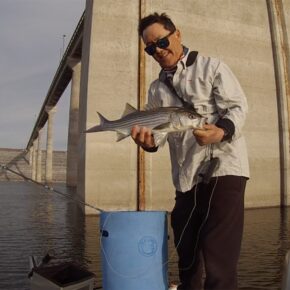 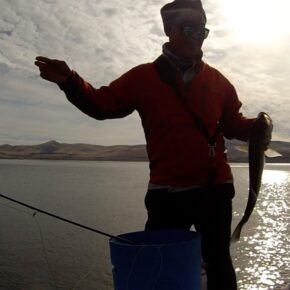 Wayne caught and incredible Striper on the Sac yesterday.     Using a 7 inch Sneaky Pete Glide bait,   he found the fish feeding on Steelhead smolt.   Casting into an area of working birds,  He caught this 32 lb FAT beauty. 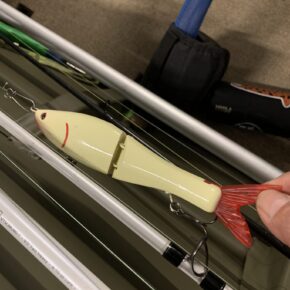 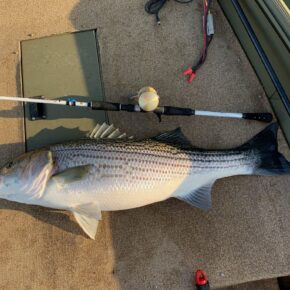 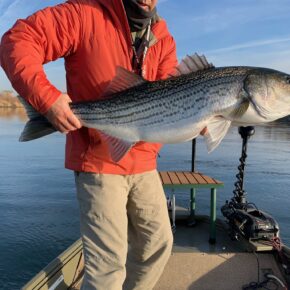