Saturday December 26, 2020 – Don and I managed to get out on San Luis Reservoir before the rains. It started out pretty bumpy in the morning and we both knew the cold weather might make it tough to catch fish but we were both optimistic and managed to catch a coupled nice fish. We launched at Basalt and immediately went to the rack to see if the pumps were on. There were lots of boats on the lake today and the regular crew of bait fishermen were fishing close in on the racks. Unlike the summer months I didn’t see any schools of fish close in on the racks on the sonar and after an hour of working all around the racks we decided to fish the rocks all the way to Romero. We manage 5 fish working the face of the dam and when the wind died down, we headed over to the Rock Pile and Lone Oak looking for blitzes. We found some schools of fish around the rock pile but they were sitting on the bottom in 60 feet of water. We tried to jig them up but no luck on the west side. We spent the afternoon back at the Bay of Pigs fishing the rock wall there and picked up another couple fish. Most of the fish caught were tight against the rocks and we took a couple  fish home to eat. The autopsy showed another crawdad in the largest fish. That would be the second Crawdad I found in a striper in two weeks. Maybe that’s why the red and yellow fly works so well in the winter. Especially on the pause. 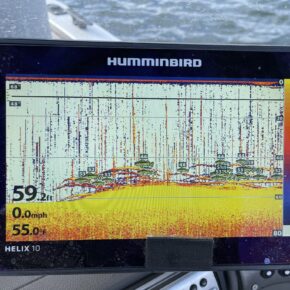 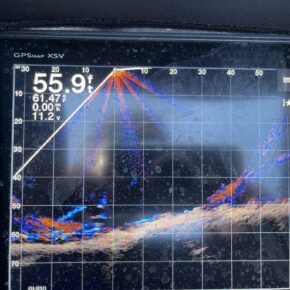 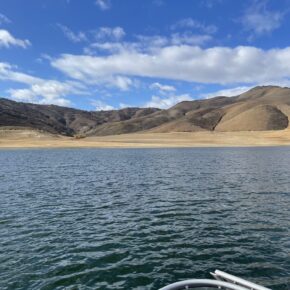 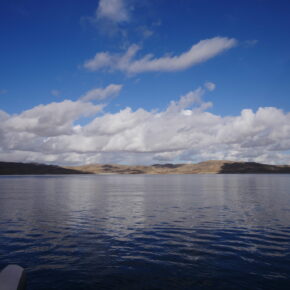 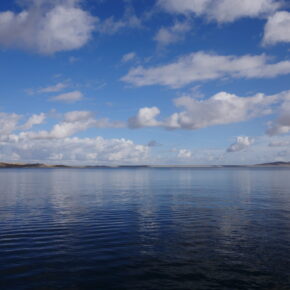 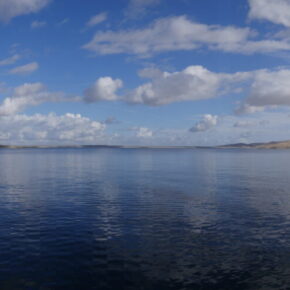 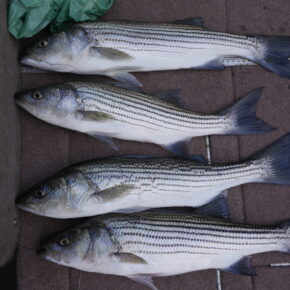