Two years ago at the Pleasanton Fly Fishing Show,   I decided to upgrade my float tube.   Convinced by Don Cheserek that the ultimate tube was a Dave Scaddon Zonker,    I bought one and mounted a Bixby Jet on it to fish Henderson Springs last year which got cancelled.   This year’s Henderson Springs trip was the maiden voyage of my Bixby Propulsion powered Zonker

Despite having the motor and oars on the tube,   I decided to also wear fins just in case everything failed.  As I get older,  its tougher to put on lace up wading boots or booties over full waders and then put Force Fins over them.    Ive got the whole process down to wearing Patagonia Wading Pants with size 10 Crocks and then sliding the force fins on over the Crocks.  I find it much easier to slide the crocks onto the waders than laced boots or diving booties especially since   the plastic Crock Shoes slide and snug into  the rubber Force Fins force very easily especially when wet.   The first issue I had with the Zonker was getting in and out of the tube  with fins on.   The Zonker has a metal bar to rest your feet on while rowing.   The space between the Foot Bar and seat is narrower than the length of my fin.   Stepping over that bar was an accident waiting to happen for me.   After a day of tube gymnastics getting into and out of the damn tube.  I figured out the obvious.   It take awhile these days.   I undid one of the clips on the crossbar and hinged it up to get in and out like a door.   That was the obvious solution to the problem that eluded me the first day.     That bar was also an issue when sinking lines would wrap around my boots in deep water.  I think I need to carry a little telescopic selfie stick to push the line down and around my fins while seated if the line sinks and gets behind my fins.   Nothing is more frustrating that having the line slide through your crotch as the fish runs and trying to get a loop of line around the end of my fin while landing a fish.    I am close to just leaving the bar off but it is nice to attach cameras to it and to rest the landing net on when I am landing fish   There is no stripping bucket apron on the Zonker.  I anticipated the need for a belt attached stripping bucket,  but it just added one more hurdle to jump getting in and out of the tube.   I ditched the belt stripping bucket after jumping over the bar with fins the first day.    I did find a solution though to the missing stripping bucket.  I would lay my net across my lap and strip into the net.      That worked well until I actually had to net a fish.  I hand stripped a fish to the boat and put a big flipping trout in the same net with 40 feet of fly line.  What a mess.

I have to admit when I first started fishing out of the Zonker,  I was disappointed with the oar positions and the balance of the tube..  I removed the seat and just put a boat cushion down so I could slide back further in the tube which made kicking with fins less fatiguing.   But when I sat further back in the tube,  the bow would rise and the tube wasn’t flat on the water.     Also rowing the rig just wasn’t as efficient as kicking with fins.  The oarlocks ideally need to be mounted beyond the edge the tube with a metal frame like my old boat.      I rediscovered that Pontoon style boats are much more balanced and move better in the water than U boats.   Also,  I didn’t like the camera mount positions and moved them around a lot.    The metal frame on my old pontoon float tube had better camera mount options.

When  I started testing the Jet,   I had planned to steer with my fins.   The Zonker comes with a  Skeg that mounts to the bottom of the tube.   I  didn’t install the skeg and felt  I could steer with fins instead.   Mounting the skeg makes it harder to transport the tube and launch in shallow water.    The Tiller on the jet worked great.   I like it much better than the dual rope systems in Kayaks. The Jet worked great and I am excited that it might even push the portaboat at least like a trolling motor for fine tuning my position.   The battery life was very good for such a small lithium.  I used it frequently all three days on the same charge and the battery finally died on the last day.    I feel confidant that I can recharge it daily and use it all day with no problems.   If I took my fins and Fishing Buddy  out of the water,  I could achieve speeds that were 25% faster.   The drag that the fins and fishing buddy have on the boat are significant if you want to zoom somewhere.    I love the ability to move the float tube forward instead of always backwards..  Especially trying to stay on a spot with the wind blowing at me.   Using the Jet like a thruster to maintain position is way easier than turning the tube around 180 degrees and kicking  into the wind.    I like trolling a fly without the motor though.    I think there is a more organic movement of the fly if you kick with fins vs putting on a motor although I was able to catch fish that way.      The jet was great for chasing rising fish .   The fish  in all the lakes move in schools around the lake and one advantage is  follow them in the tube.  The Jet is great for that.   For an older guy like me,  I just don’t have the acceleration that I use to have with fins and I am thankful that the Bixby jet and lithium battery are  so light and easy to transport.

The most unpredicted downside of a jet came when I was moving forward in my tube chasing a rising fish.   Without a stripping basket,  my line started to trail under the tube.    The jet intake sucked my line into the prop and it wrapped and jammed the prop.   The first time (yes i did it twice) it happened, I pulled the motor up and paddled directly to the shoreline.   I took my fins off,  sat on the shore and physically tried to unwrap the fly line from the prop shaft.   I ended up cutting my line.  The second time it happened.  I turned the motor off as soon as I heard it happen and managed  paddle to my truck to get some tools.  I disassembled the prop and tried to save the fly line but it got delaminated and was a total loss–expensive mistakes caused by not having a stripping bucket.

The next project I think I will undertake is to build mounts for the jet for my old float tube and my 8 ft portaboat. 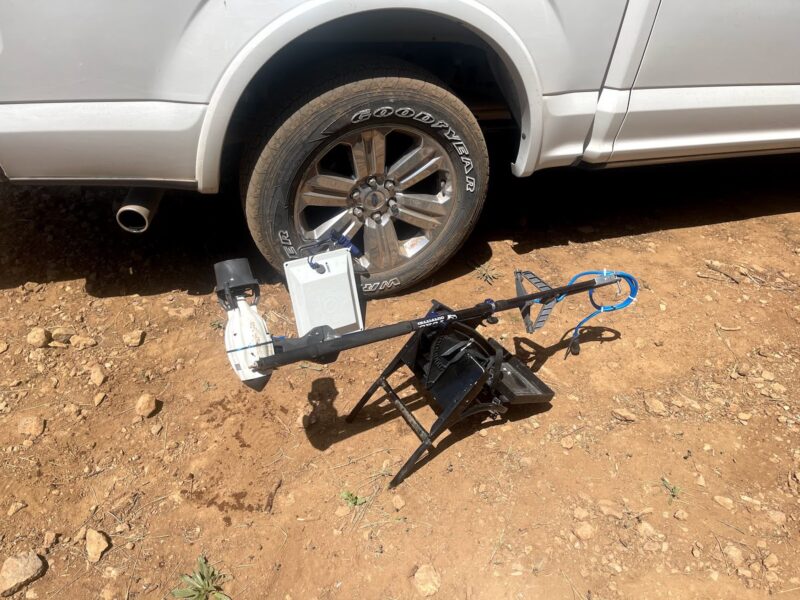 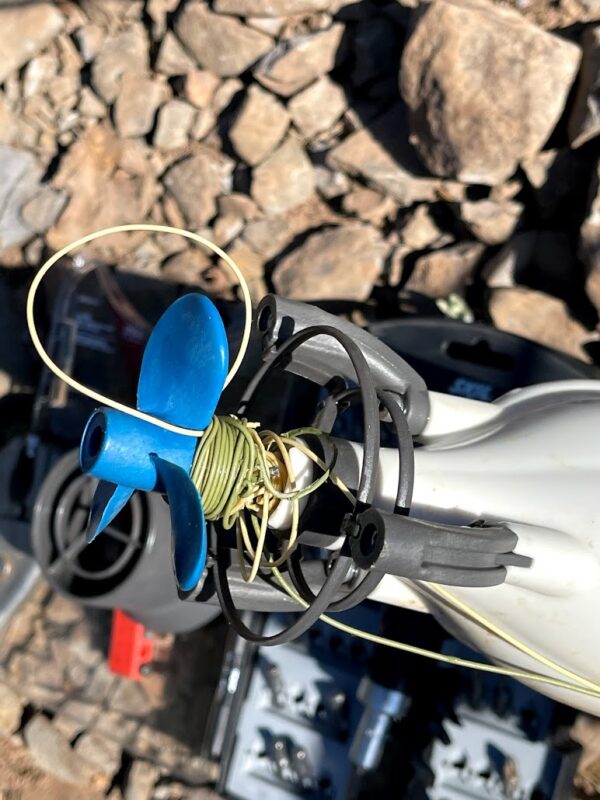 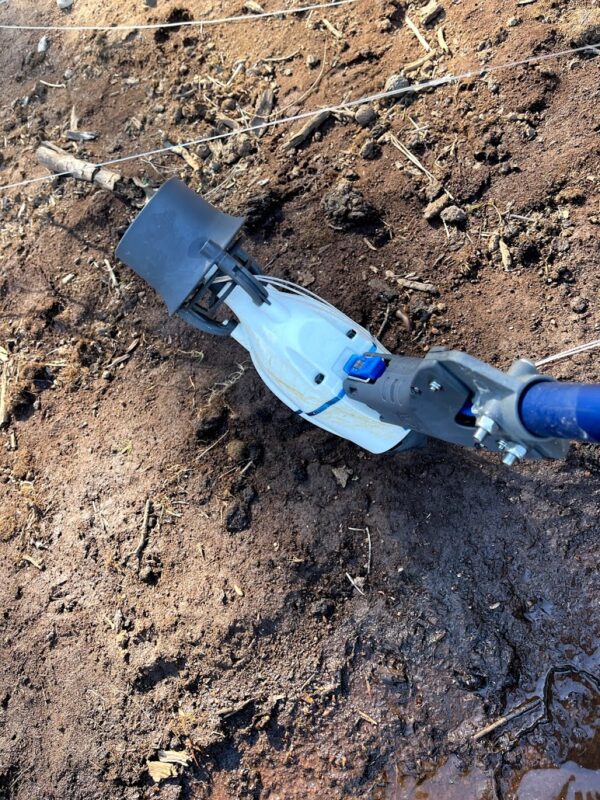 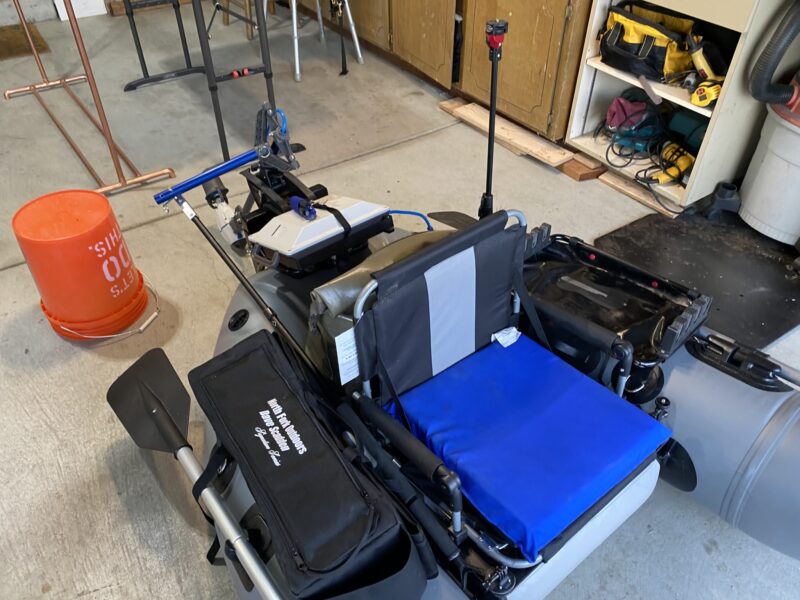