It’s been months since I fished the Lake and I felt very rusty.   I had to unlearn some striper habits fishing for big cutthroat trout at Pyramid Lake.  Three weeks ago I fished the forebay and I can’t remember the last time I fished the lake.  While in Hawaii last week,   Brian was texting me about 50 fish days with some 8 pounders thrown in.  Last year during COVID ,  I remember some amazing 50 fish days that I thought I would never see again.    Well I saw that today but it wasn’t me .

Normally a dozen nice fish at the lake would be a pretty good day and it would have been  if I hadn’t watched one of San Luis Reservoirs fly fishing “super veterans” catch over 50 fish right next to me.    I zoomed over to the racks on my recently serviced Honda Outboard to find a guy in a 14 foot Boston Whaler fly fishing the north tower of the trash racks.    I  didn’t recognize the fisherman but I could see that he was an older asian man.   I watched him carefully while I stayed out of his way on the other towers and he  was hooking fish on nearly every cast.    Talk about the beginning of a great day.     I put the Panoptics out  and scanned the other towers only to find them surprisingly devoid of fish.     I decided to fish the same tower but from the other side and pulled up to the slot and positioned myself to watch him fish.     I hooked fish but not at the rate he was.     It also seemed like he was using very light gear perhaps a 6 or 7 wgt rod with mono shooting line and a small fly.    I copied his count and strips but still he was putting 5 fish in the  boat to my one.    After trying to find a school of fish on the other towers with no luck,   I fished the causeway and the dam at the glory hole and picked up a couple fish.   But I kept watching him as he kept working the same tower all morning catching the hell out of them.   I had to convince myself that the fish were probably stacked up on the grate of that tower because I’ve always notice a small bit of current there even though its not pumping.    I  decided to fish the dam and look for fish on the other banks till the solonar peak at 12:30 and come back to his tower.  Hopefully he would have moved by then.

Three hours later with only 4 fish at other spots.   I pulled up to the racks at 12:30 and he was hooked up on a fish at the same tower.   I watched for awhile and he was still catching fish pretty regularly. Could the fishing for him been hot for the last three hours?  I put my boat on the inside of the towers and fished the slots and picked up 4 more fish before leaving at 3:30pm.     Brian, like I,  was working hard for a couple random fish and also noticed how well the old guy was doing.   Brian later texted me that he went into that tower after everyone  left and also did well late in the evening catching 35.    After asking around,   I found out his name is Rod S. from San Jose.    I have to meet this guy one day.    Brian and Vaughn know him and he uses old school clousers.    Maybe it’s time to go back to the old ways.  Time to get the Bucktail out.   Just when you think you have figured it out,  you realize there is so much more to learn.   Its Great! 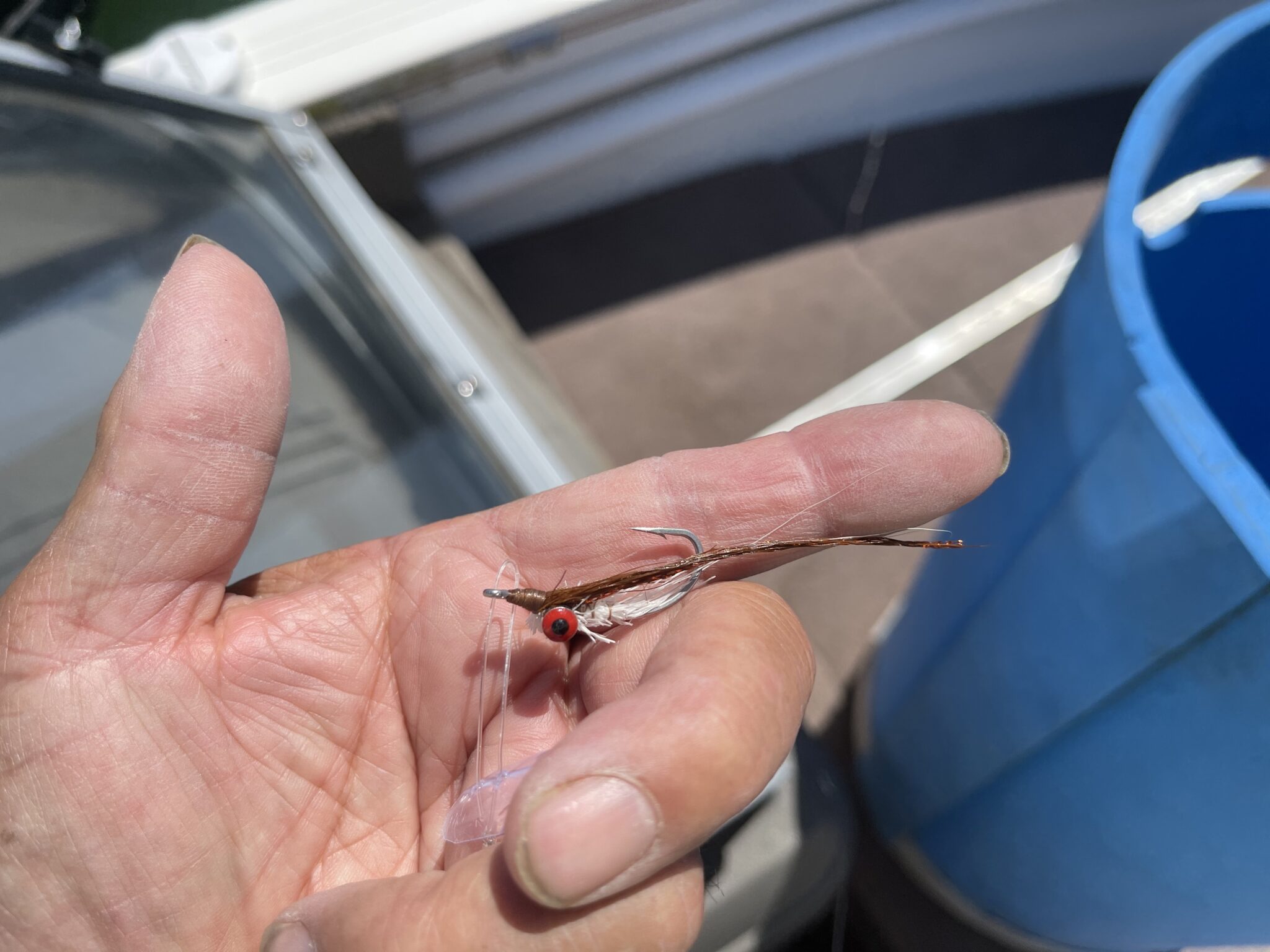 One thought on “Back to School at the Racks”