Sunday July 18, 2021 – There is nothing quite as satisfying as fishing with your dog or in this case fishing with your kids dog.   Kimmie and I spent a nice day on the forebay .   Some rare cloud cover and heat helped keep the winds down till 3:30.   We had a window of calm water, heat for about three hours.   For some reason, Kimmie likes to lick stripers.  She loves sushi, and I know that if I cut up those stripers,  she would no doubt eat them.    I wonder what she really thinks about catch and release.

Two days ago,  I had a really terrible day on the forebay in exactly the same spot.   As I was launching this morning at 11:30,  Bob M.  was coming out .   When I asked him about his day,  he replied that he had done well on the rock wall especially at the end near the buoy line.    I decided to run there first and fish the wall up to the middle section where I did well a couple weeks ago.    When I got to the rock wall,  the winds had died down to near zero and the water was calm .      The fish were super aggressive striking the fly multiple times and even hitting a fly that was dropping.  On the sonar,  I could see large schools of dinks and  larger fish swiming in doubles and triples cruising the weedline.  At times I observed them chasing bait in and out of the weeds.  Even though most of the fish were dinks today,  I managed to catch a couple keepers and all in all, the day was grand.    When the wind came up even a little,  the action slowed way down way down and the fish seemed to move out to deeper water.

I was talking with Vaughn on the way home wondering why the fishing turned off with the slight breeze around 3:00.    A couplde days ago,  I fished this same spot in the same time slot and had dismall luck.  The only difference today was the still water for awhile and my lucky dog Kimmie.  Perhaps the wind forces the bait fish in to the weeds.   Or maybe the soundn of wind waves is distracts  the fish effecting the way  hear and feel vibrations from baitfish.   The solunar tables were especially bad today with a bright moon at night.    Despite all the doom and the sudden cessation of a hot bite.    I managed to catch over 25 dink stripers with Kimmie.-no casualties to dog bites.

Kimmie the dog had a fun day.   She loves eating raw fish  and I can see her salivating everytime I hook up.   Kimmie is a rescue dog with a talent for ratting.  She can run a rabbit or squirrle down and kill it if given the chance and she spend her days looking out windows for mailmen and squirrels.   I think fishing is very cathartic for her.   She snaps at the fish and licks them but just can get her teeth into one.   Its amazing how she perks up when I hook a fish.    Depite her love of the boat,  I dont think she likes being in the water.  She has never voluntarily jumped in the water that I know of and Im pretty sure she wont follow  a fish thrown back into the water.

Tomorrow Im fishing with Vaughn and Bryce Tedford in the  Delta  targetting  LMB  on  top. 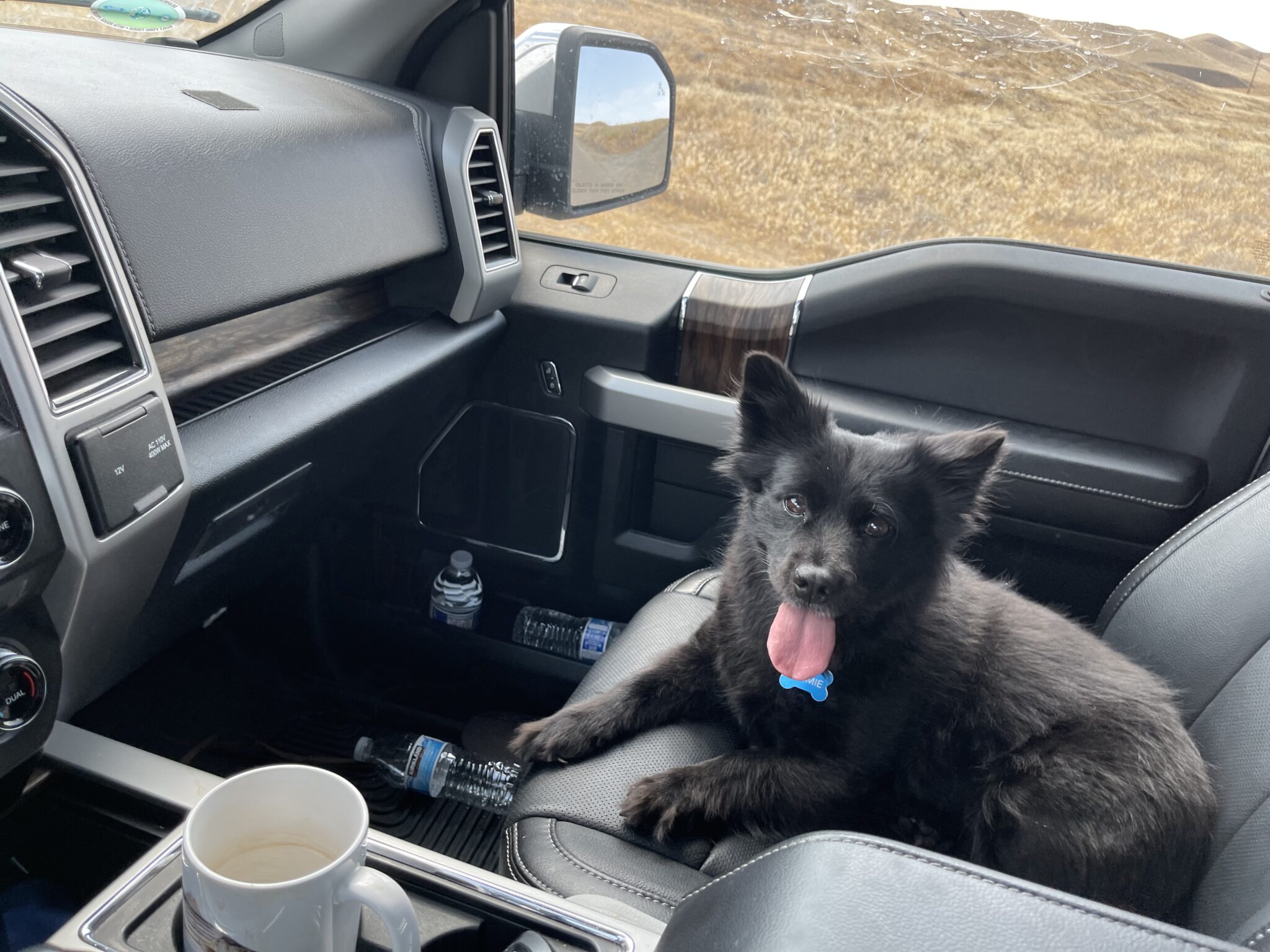 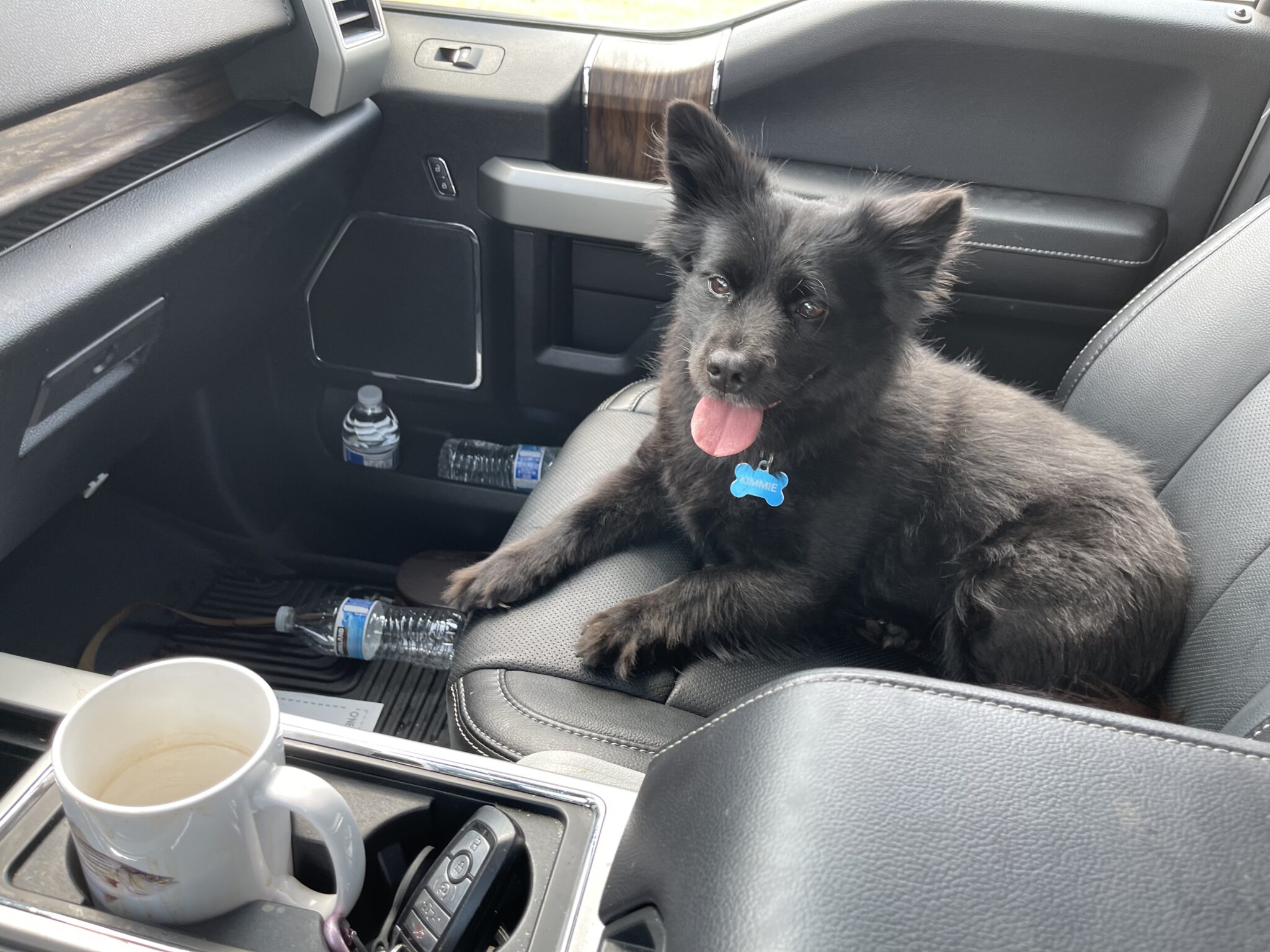 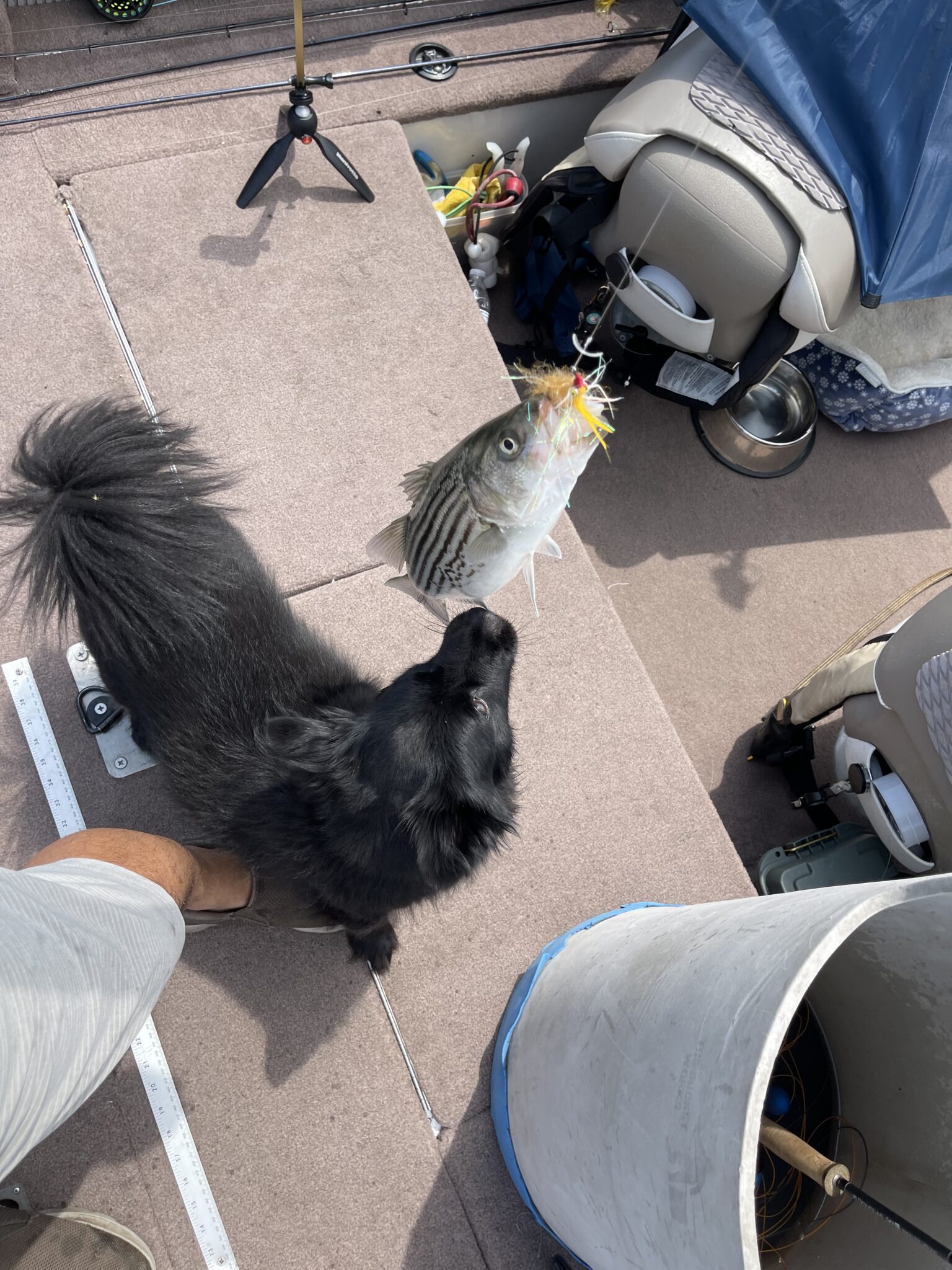 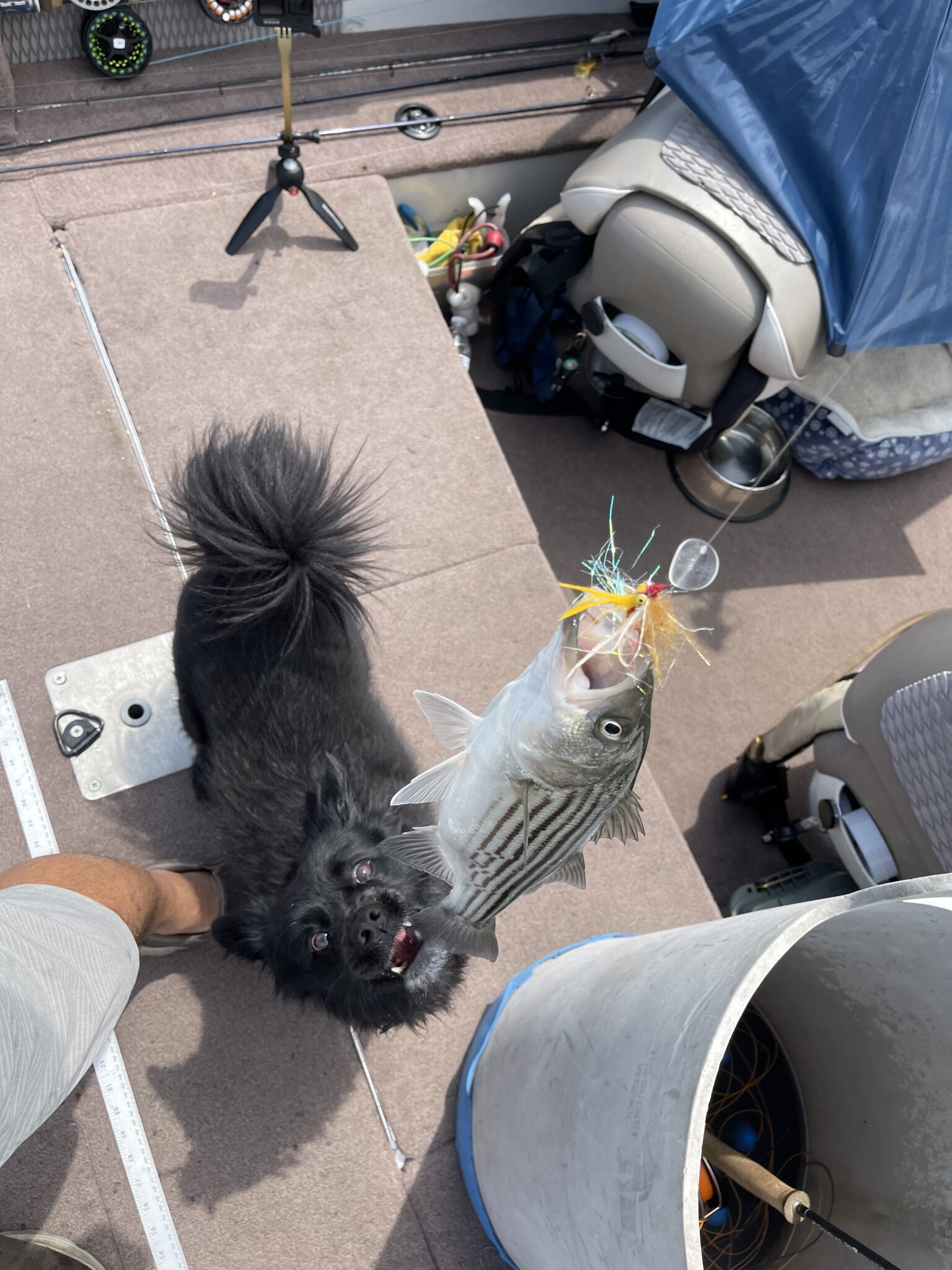 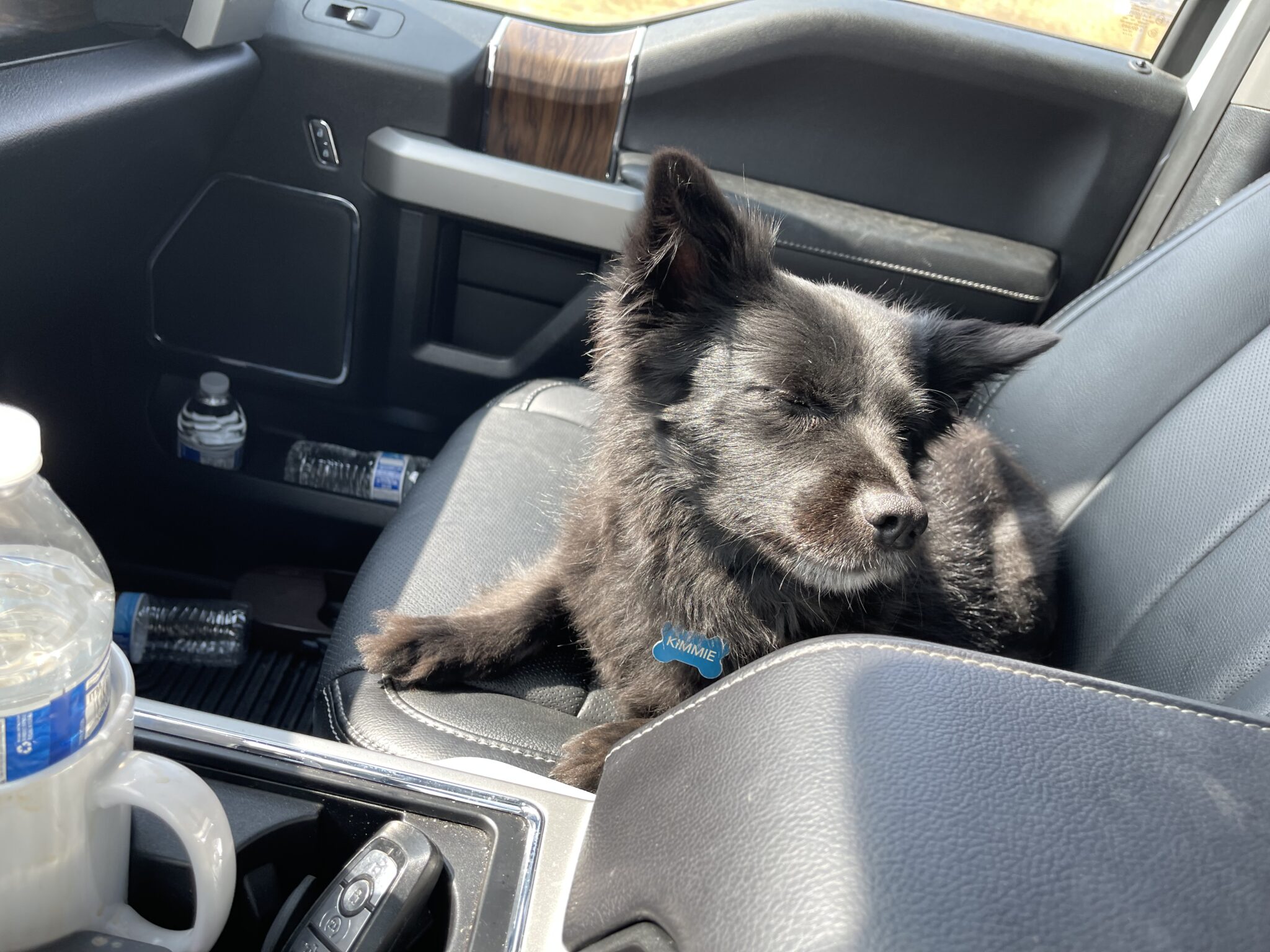