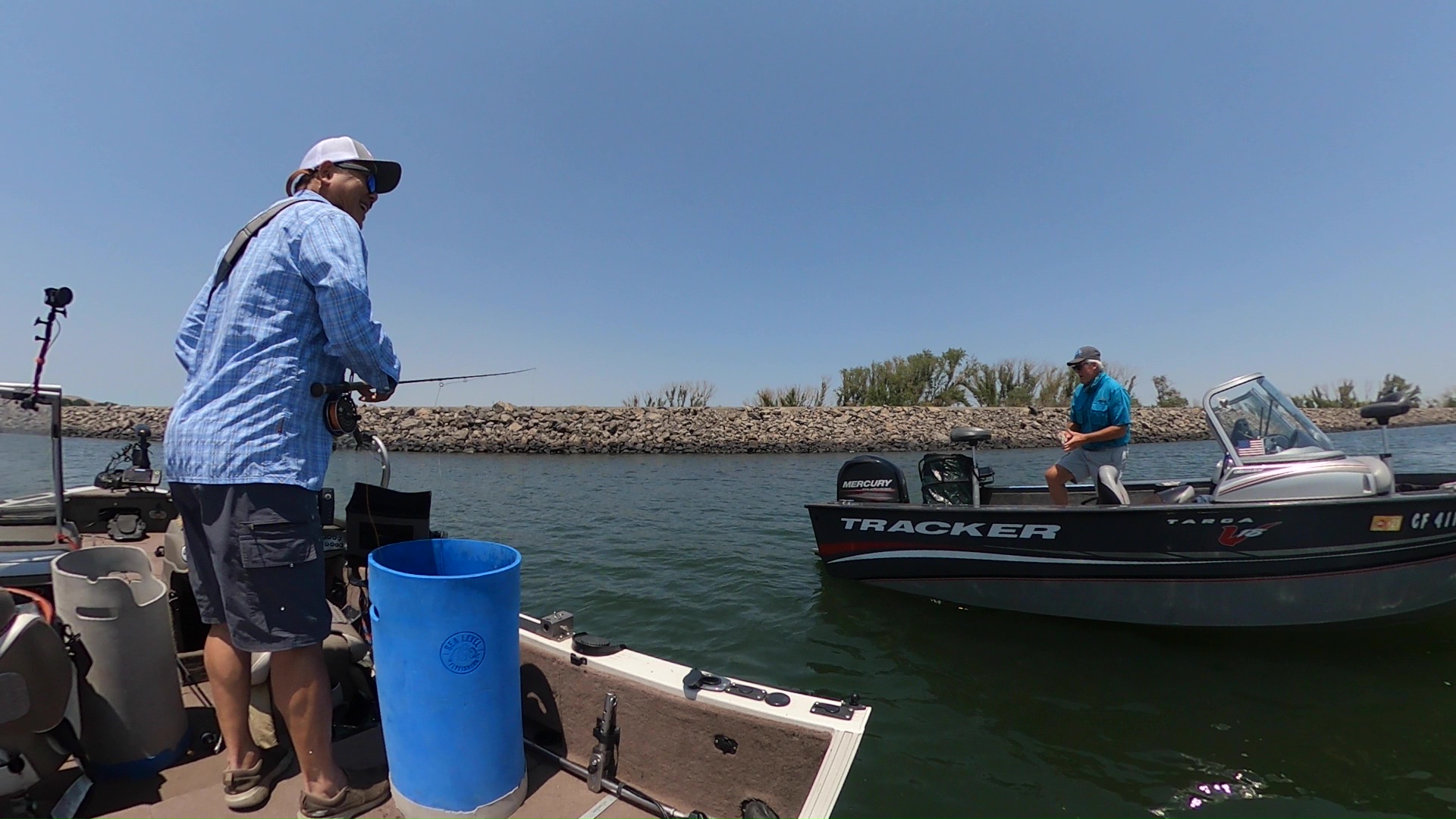 Wednesday July 15 2012 -It wasn’t till 11:00 today when I decided to go and fish the forebay again.    The last two opportunities paid off big and the odds seemed in my favor today.   Last night I checked the wind to see if the pattern had changed and to my suprise,  the winds were blowing over 40 mph.   I dont think Ive ever heard the wind lady say 40 before.    This morning it was blowing 20 mph and I heard from Steph that Brian was out there fishing.   Of course he was.    I figured misery loves company and headed over to the forebay at 11:00 when the wind dropped to 9mph.

I saw Brian out at the trench and headed right for the rock wall.    Brian saw me and also followed me out there.      By the time I set up on my “run” up the wall,  the winds started to build.    I fished into the wind moving up the wall   making the best casts that I could and ended up with  two fish for alot of effort.    The fish were not hitting the fly as aggressively.  I put the sonar out to check to see if they had left,  and although there weren’t large schools of fish around,  there were many  doubles and triples  right on the edge of weeds cruising.   No excuses – the fish were there.     In the three hours I fished I only had half a dozen hits and no returns..    I met up with Brian who was without a trolling motor again.   I have to admire him for even attempting to fish the forebay in wind without one.    I suggested he drift down the wall from the windward end and fish the edge.  He picked up two at the top of the run and also was having a hard time getting the fish to bite.   I think he got at least 4 fish today.

After working the wall with no success I checked out the shallow flats off of the Medrious Boat Launch.     The weeds were choking the channels out and I couldn’t find any big holes in the weeds like I use to.   Also the wind was building and by the time I started fishing,  I could see white caps coming from the channel.    I decided to try one last spot over near the powerplant.   I once did well in February in this kind of wind drifting from the picnic area across to the dam.    I spotted some fish  here and there but no big concentrations.   Also,  not a hit fishing down wind for that last hour.    I can only rationalize the change , thinking it was the big wind last night that must of gone through the forebay like a hand mixer.  Maybe the bait decided to take shelter in the weeds during the wind turbulence.    It was definitely the opposite of two days ago.  You  “wind” some and you lose some. 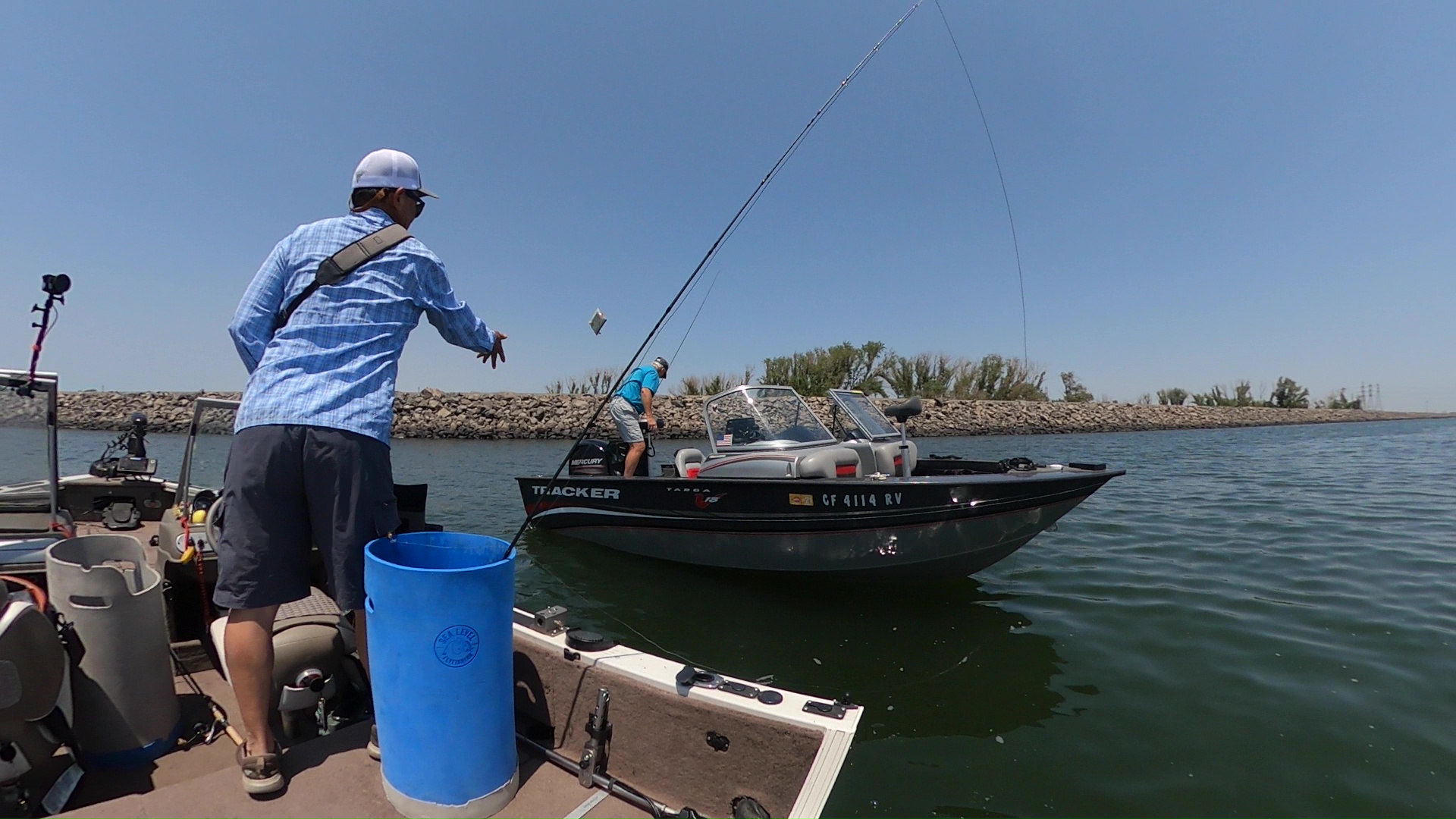