Friday Aug 6, 2021 Vaughn and I figure we’ve been fishing buddies for about ten years now. Yet today was the first time we fished in my boat together. A couple weeks ago we fished with Bryce Tedford together and it seemed like we had fished together for year him in the front and I in the back just like we fish out own boats alone. It’s just that we have always been in our own boats fishing side by side everywhere form the delta to San Luis and the Forebay. On my way to the forebay this morning, I got a call on the way there from Vaughn. I could tell he was as surprised by the calm weather as I was since last nights prediction didn’t look that good. I think that he even cancelled the day thinking it would be windy. I invited him to drive to the forebay dock and jump in my boat and the rest is history. Unfortunately, my boat was set up for one, and I didnt have a stool or chair for him. I remembered that I keep a spare Pyramid lake ladder in the truck to work on the racks and figured he might be able to sit on it.

I got to the dock around 10:300 and putzed around with a bass popper around the weed beds. Sorry I dont have any action to report, but it looked as good as the delta water we fished a couple weeks ago and it was worth a shot while I was waiting for Vaughn. Vaughn got to the dock at around 11:30. Eric launched before vaughn got in my boat and sent some flies with him to give to Steph. They were planning to fish tomorrow together out of Erics new boat.

Vaughn and I headed out to the channel first thing. Fishing the channel were Wayman, Bob V, and Don C out of their float tubes. The wind was blowing toward the dam so I told Vaughn we would start at the islands and drift to the bridge right off the weeds like I did a last week. Vaughn and I picked fish up all down making sure we gave the float tubes wide berths. The fish off the weeds were big and healthy. Lots of fish over 18 inches. I heard everybody was getting some nice fish today. Some even in the middle and on the other weed line.

We decided to try the Rock Wall at Mederious and picked up a few there, but the way the wind was blowing away from the rock wall, it was nearly impossible to get a drift on the shoreline with good boat position for two anglers. I decided to fish down wind to the eastern weed lines in the middle of the lake. We managed a couple here and there but no big schools. We did get couple doubles today but the fishing was a bit slower than last week or the pressure just turned the volume down a bit. Everybody seemed to do pretty good today.

Wayman impressed me with a hand held drill motor for his pontoon. He was getting way more speed with it than my bixby motor. It is an ingenious device that turns a propellor on a pole with a rechargeable drill.

I like fishing with Vaughn. We get each other. No pressure fishing and lots of fun talking with each other. We ended the day with at least 15 between us but it was fun yacking it up , we hardly kept count. 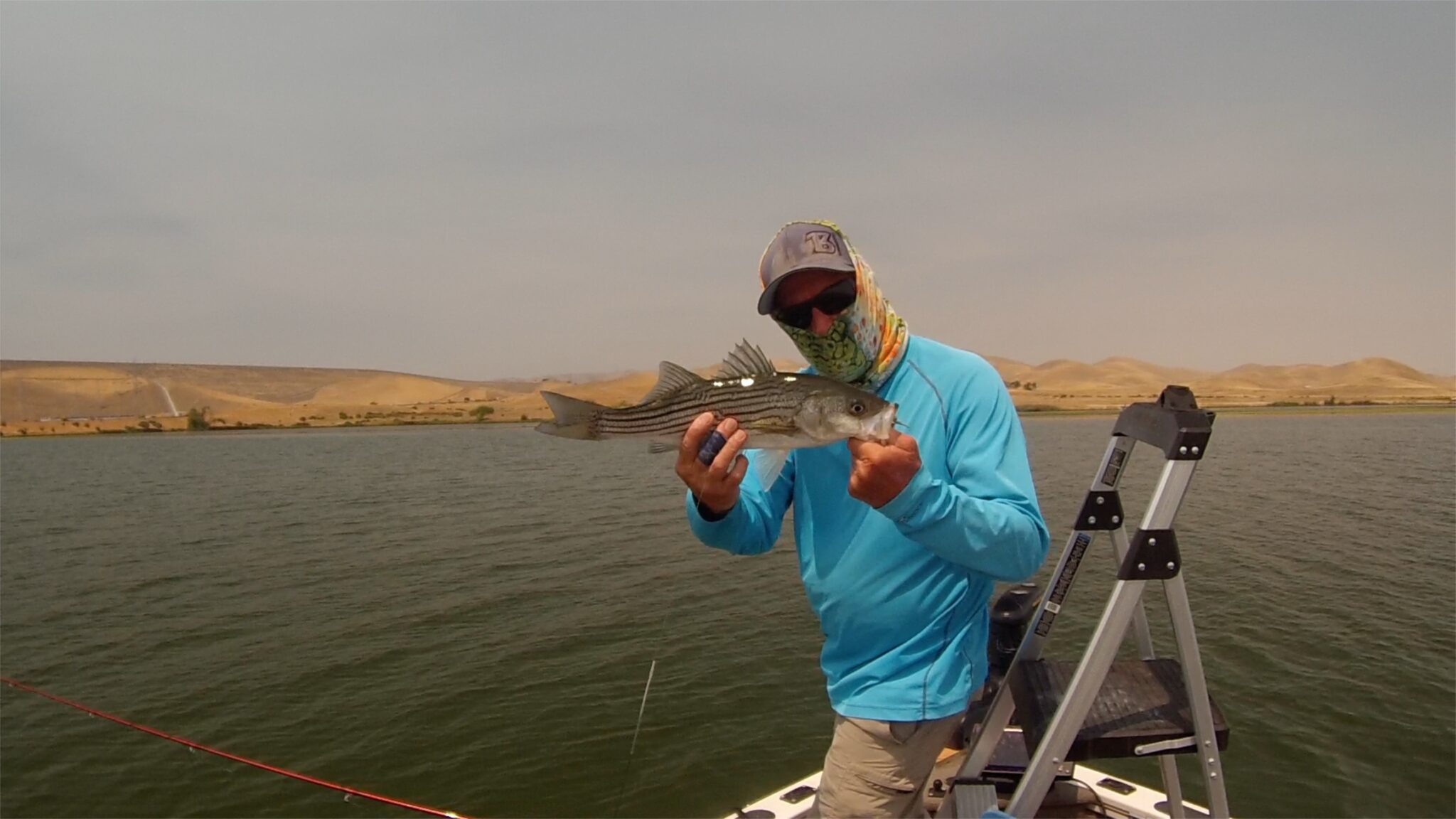 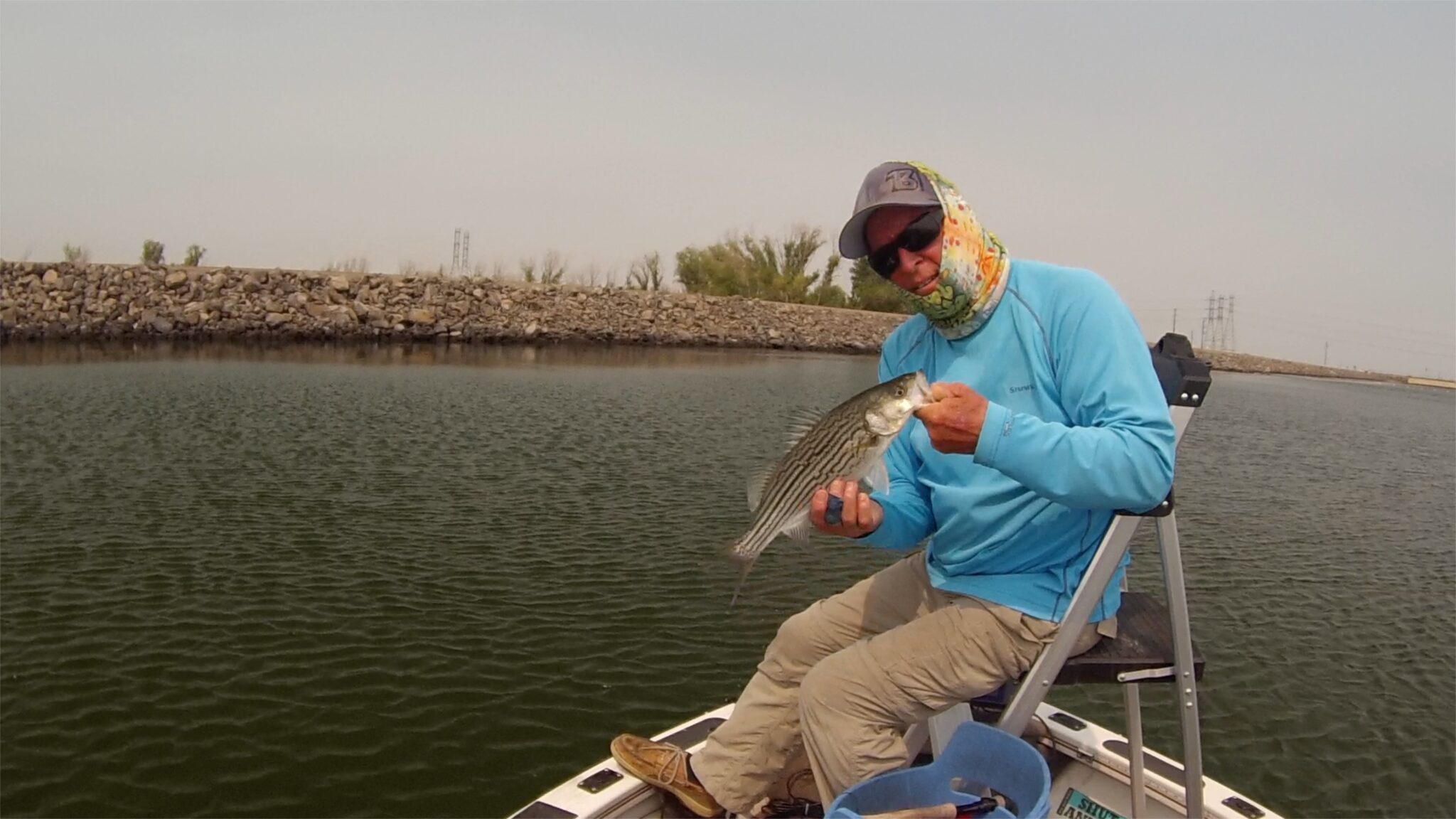 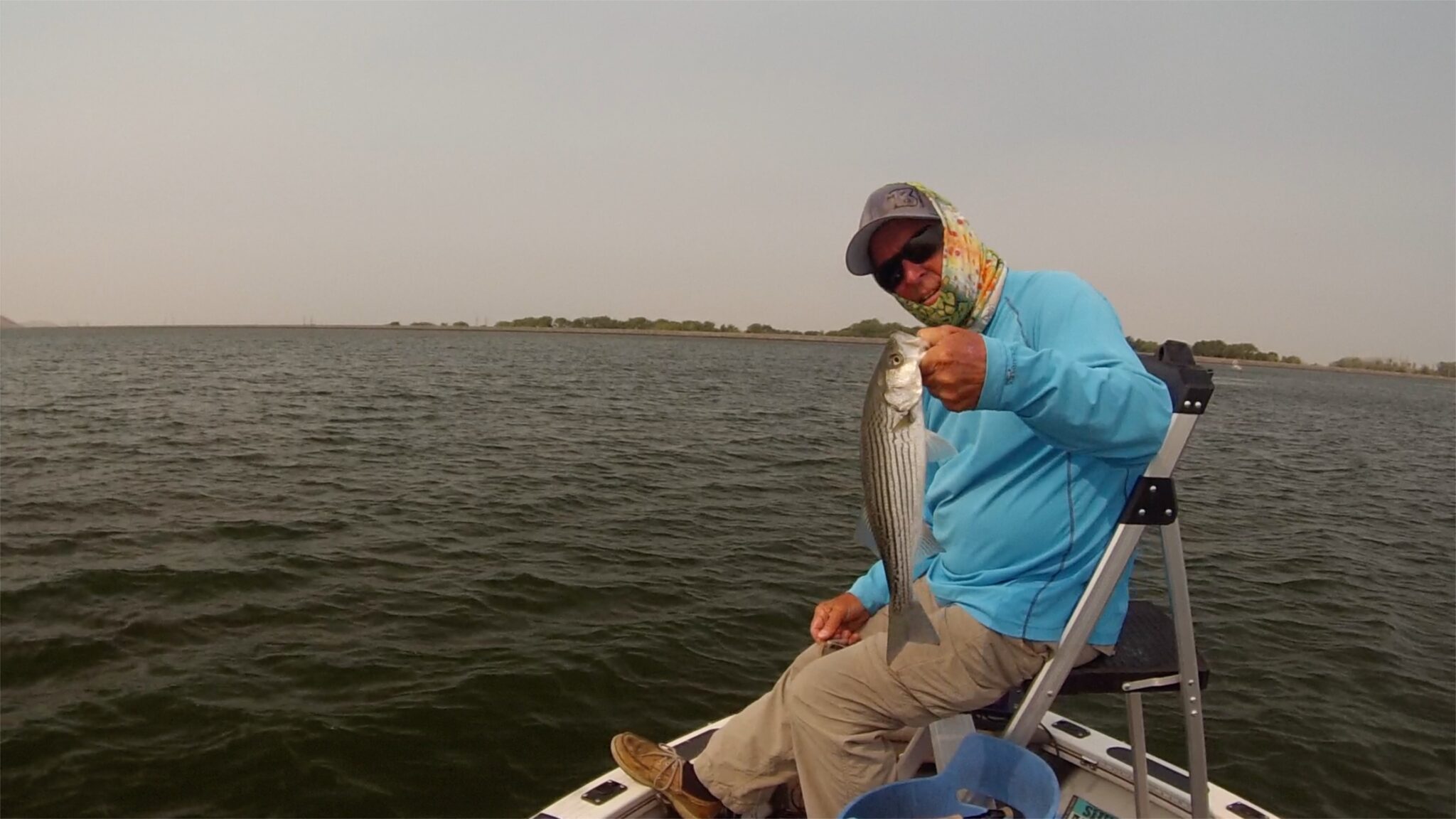 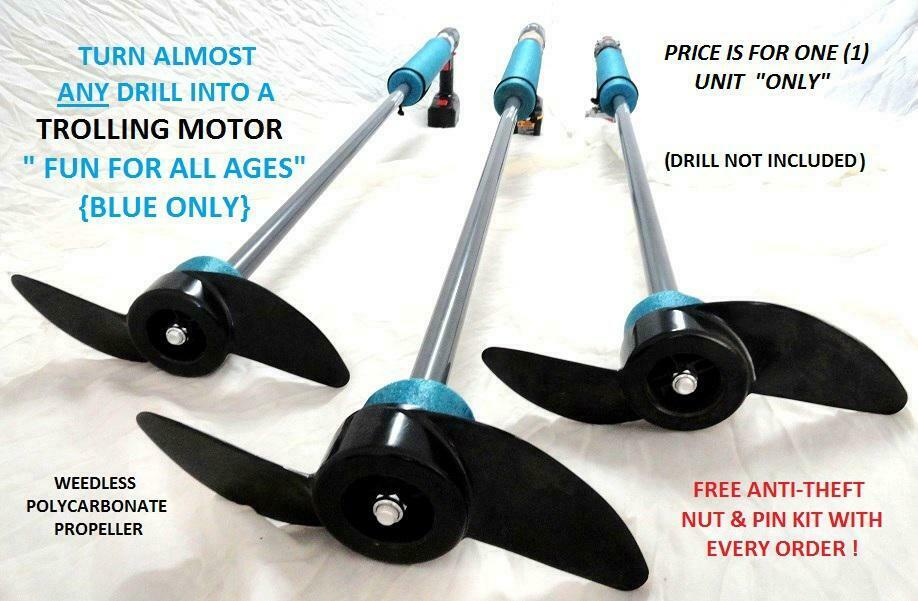 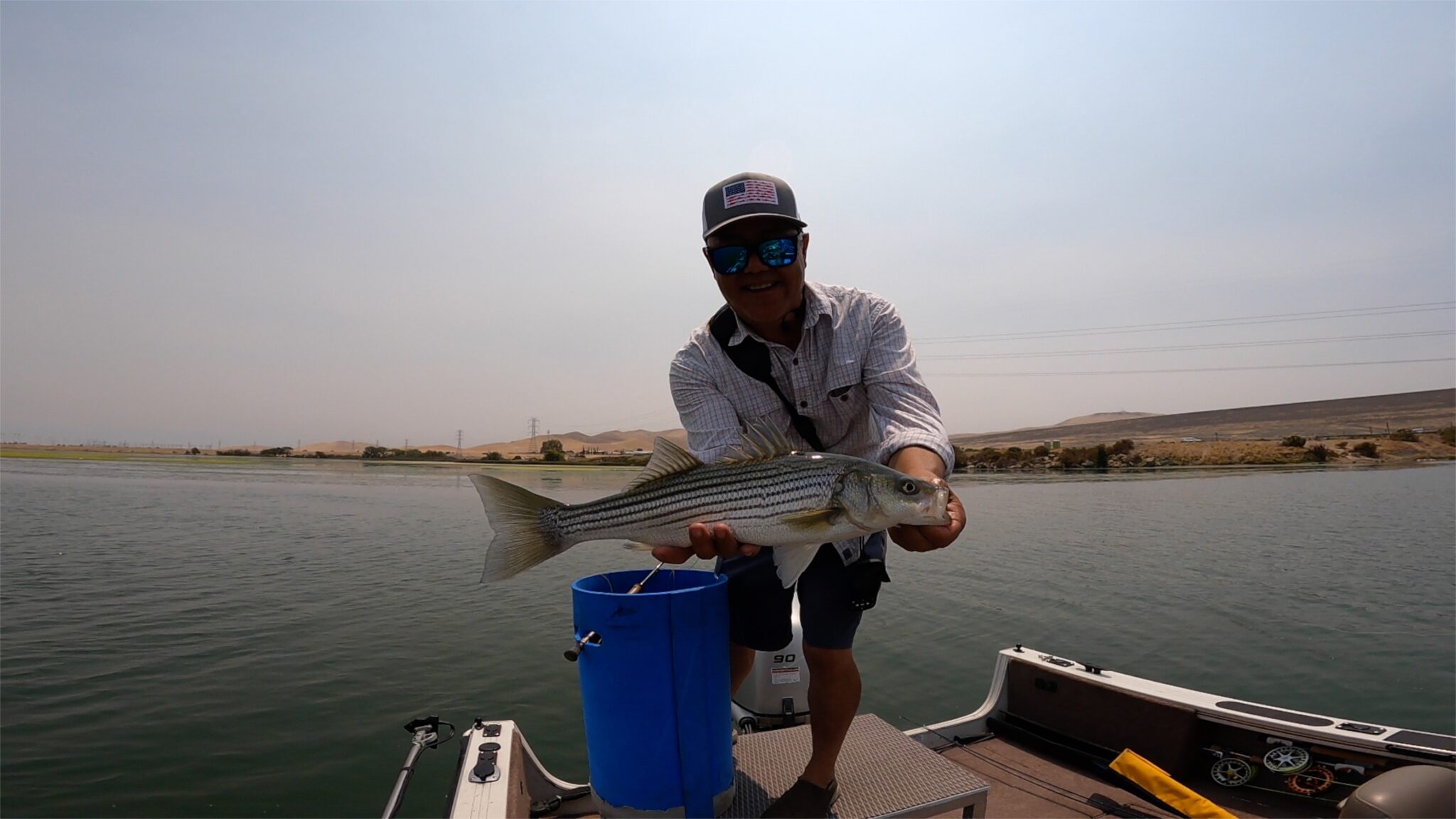 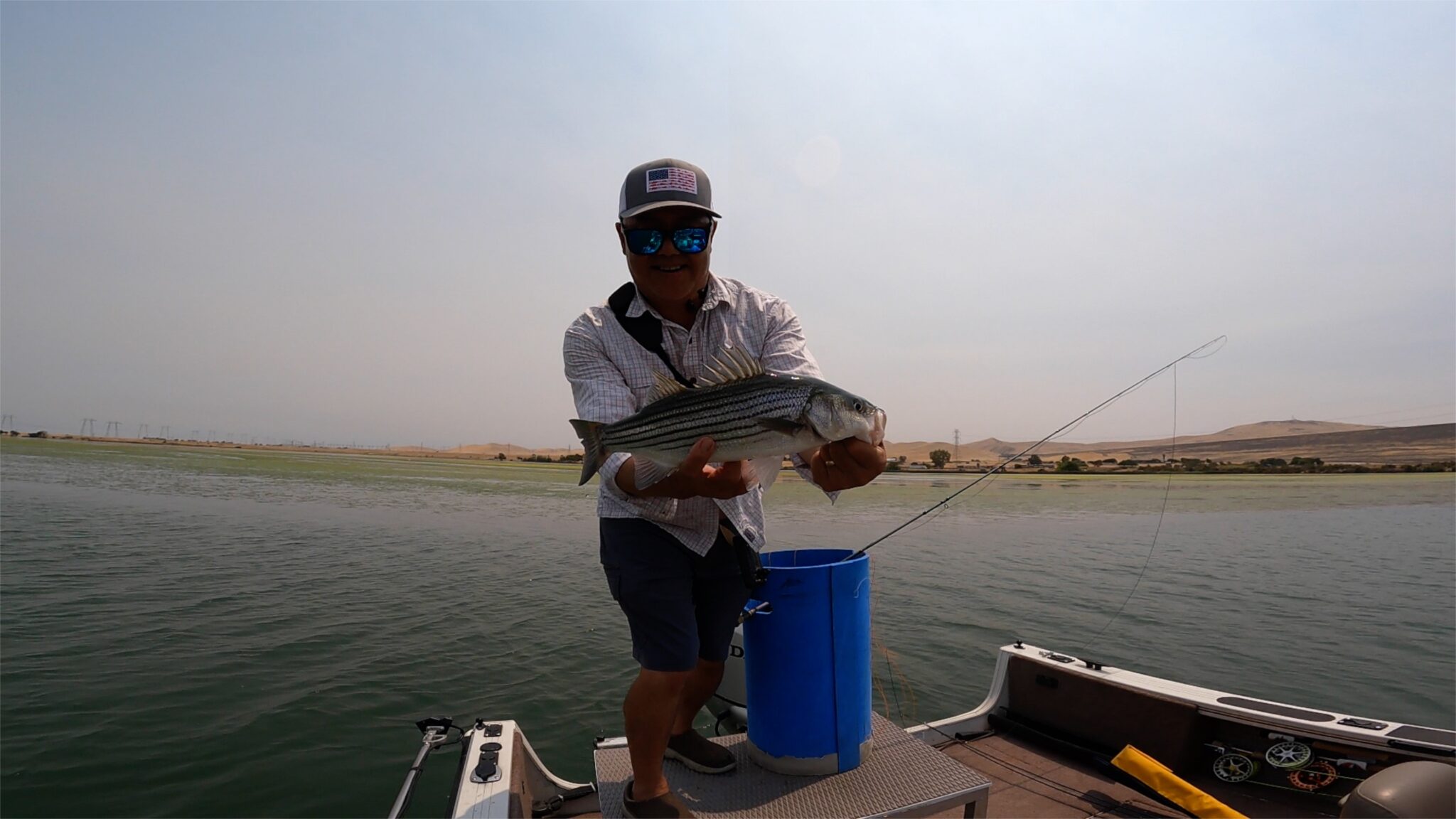 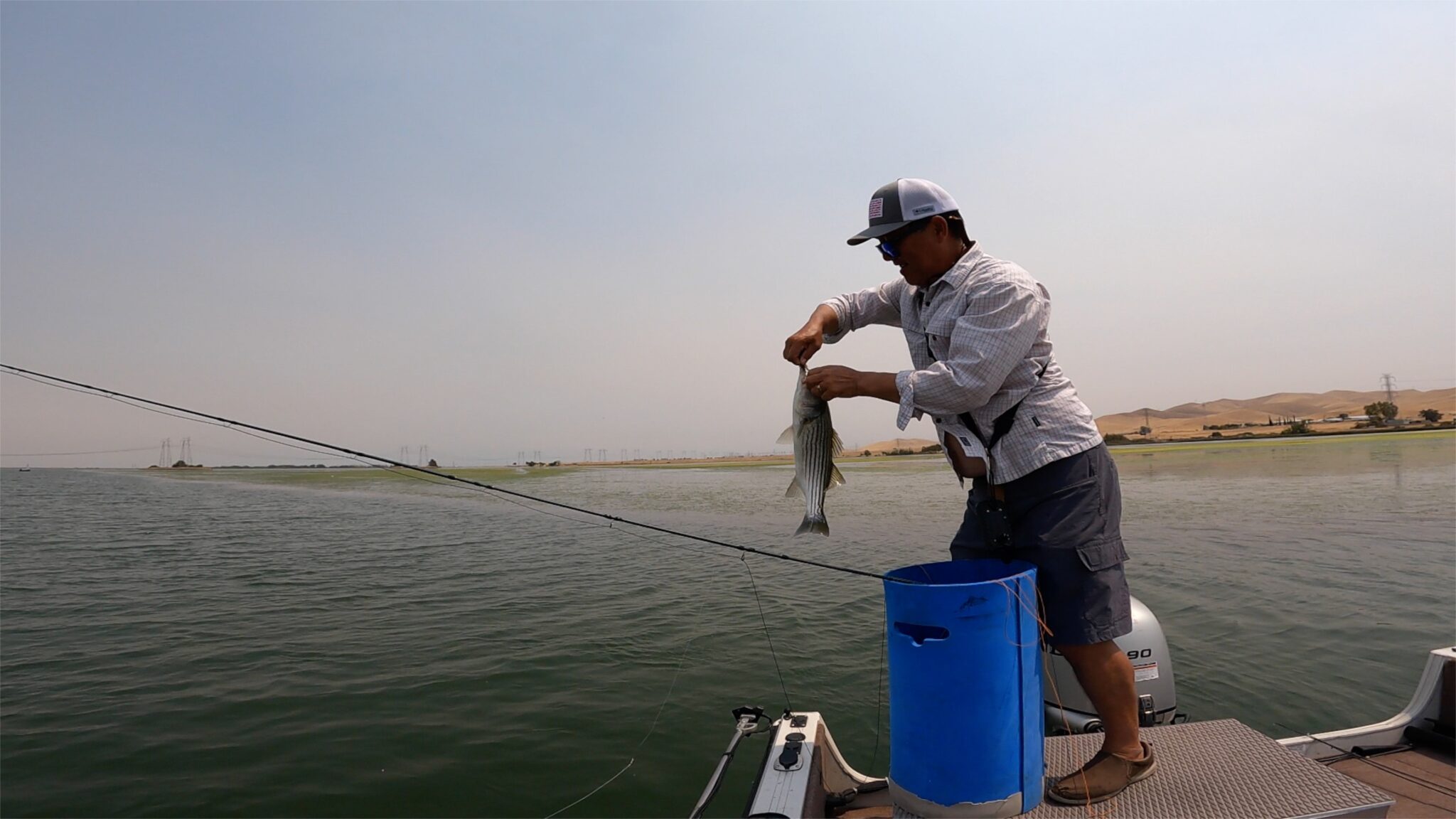 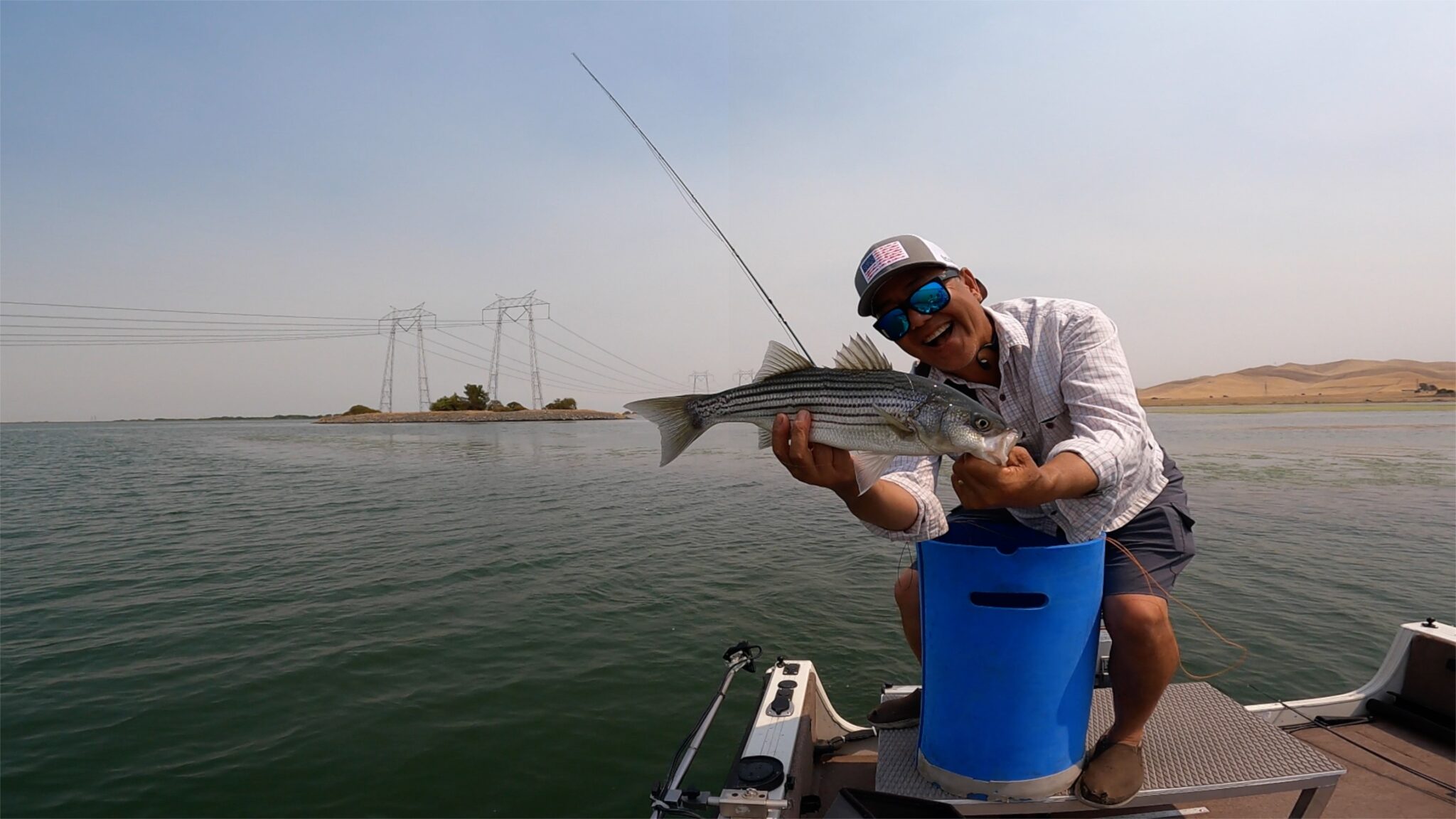 One thought on “Vaughn and I on the Forebay”