September 24, 2021 – Something is in the water in the Forebay.  I have never seen the fish from the forebay all consistently fat and healthy as they were today.  This unusual trend has to be from a change in the food chain in the forebay.   All the regular food sources are present. Delta Smelt, Threadfin Shad, Grass Shrimp, Damsel Flies, Snails, and LMB Fry.     Today I spotted a school of American Shad as well.  It’s been a drought year with the lake not being filled as high as it had been in the past, the hydrology of the forebay has changed and perhaps that is why the fish seem to be feeding so well this year.

Usually my first trip back to home water from a phenomenal Alaska week would be anti climatic.   I brought some of my Sapsuk rods and reels out to get the lines out of the reels and cleaned and respooled them with proper tension and evenly.    I got to the forebay at 9:00am  and immediately noticed a lot of topwater commotion inside the weedline on the Medrious wall as well as on the outside edge. Steph had mentioned that while I was away,  he had noticed lots of topwater activity last week.   I was hoping to find some schools busting on bait but these looked more like rises that chasing bait.   I managed to get a couple good casts over these feeding fish with a bass popper and a crease fly but I couldn’t get one to take.   In fact they rose around the popper eating what was clearly floating debris  around my popper.    I saw one fish chase a Damsel fly but I could not tell what they were keyed in on if anything.   I threw a couple surface crank baits right over feeding fish with no success as well.   I might need to go back tomorrow to try a variety of poppers.   Vaughn thinks they are LMB.   He’s probably right .

After burning a couple hours chasing floaters,   I went back to the tried and true t14.   I’m extremely excited to try out some new running line Spey Master Mike from Sapsuk turned me on to .   Berkley came out with a new Mono “improvement” to there wildly popular Big Game  which in my opinion still has too much memory for my liking compared to Lazar Line.    Mike had a big spool of 40 lb Berkley Pro Spec Premium Monofilament in Fluorescent Yellow.   I ordered a spool of 50 and am going to load a new batch every month for that fresh feeling every cast. After using it in Alaska for 3 days, I agree with Mike that its better than Lazar Line and almost free. For sure it is better than Big Game Mono. Its a bit hard to find also in 40lb.

I started fishing the edge of the weedlines like I had a couple weeks ago parallel to the weeds and a couple feet off the edge.   As expected with the weedlines starting to break up,   I caught a few fish but not as many as when the weeds were thicker. Around 10:30 (the minor Solonar Peak), fish started getting aggressive. I matched what I saw in the water with a 3 inch delta smelt fly and pulse disc.   I could see bait still hiding in what was left of the weeds and there was topwater action around the weeds all day.   I decided to work the shoreline and drift with the wind which was blowing gently from the outlet to the islands.    Every time , I would hooked and landed a fish,  I would motor up the wall towards the outlet and drift again over the site again.     This technique sometimes squeezes one more fish out of the school that is moving up the weed beds.   The Panoptics tells me that the fish tend to move in the opposite direction of the smallest of currents.   It seemed for awhile today that the current changed direction 180 degrees with the wind shift.   I saw fish moving in the opposite direction in the afternoon.   I picked up 15 fish by noon fishing the same 200 yard section of wall  over and over again catching fish in different sections.   The fish were definitely moving.    My biggest surprise happened as I was moving back up the wall after catching a fish.   While moving,   I metered some big schools of bait and fish cruising around the middle of the canal.    I chased them with the trolling motor trying to get in front of them and finally got a good cast off and was rewarded with an fat 8 pounder.    All the fish today were fat like footballs.  I think they are eating threadfin and LMB fry or they dumped steroids in the water instead of weed killer.  I spotted lots of little LMB around the dock in the morning and they do rise like trout to bugs which could be the splashes in around the weeds.

I picked up only three fish from noon till 1:00 and I told myself I would leave after 20 fish and get home early for chores.   I fished till 3:30 and still couldn’t get those last two. I guess I really didn’t want to do the chores. The major solonar peak was at 4:00 but I needed to get home and missed it.     What a great day it was as the winds were calm all day long and it didn’t get too hot.   I carry an iced water cooler now instead of bottles of water.    I have so much film to edit this weekend now with todays stripers and the a week of Salmon Fishing.   Also Mark Syn is participating in the Santa Cruz Triathlon on Sunday.   Im going to bring a drone and a long lens and see if I can get arrested.   In film and photography as in life – no guts, no glory.

My good friend Don is in the hospital awaiting a surgery called a carotid endarterectomy. Wishing him a speedy recovery so we can fish again. Prayers appreciated. 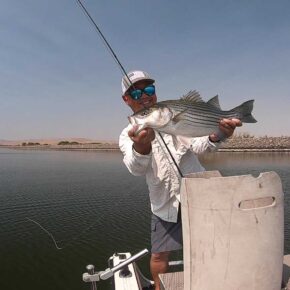 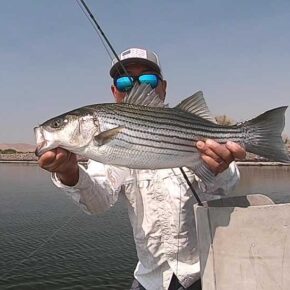 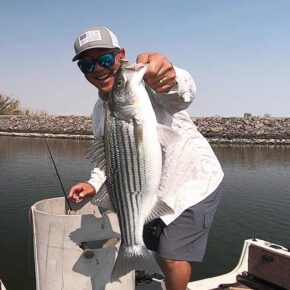 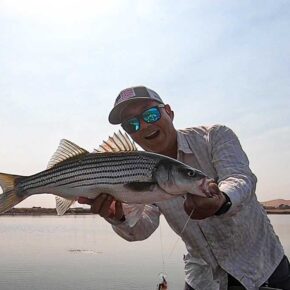 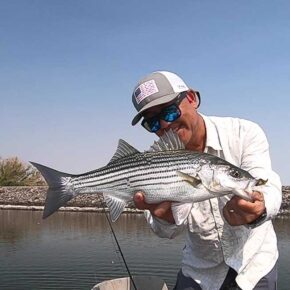 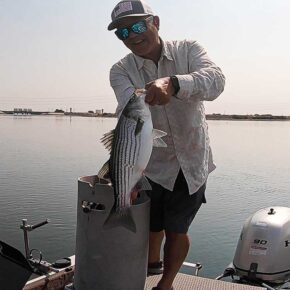 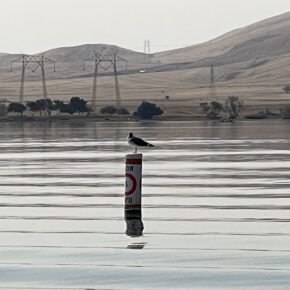 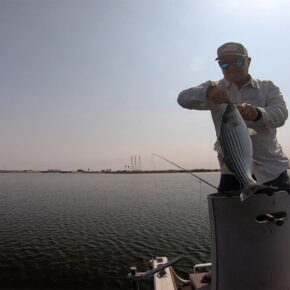 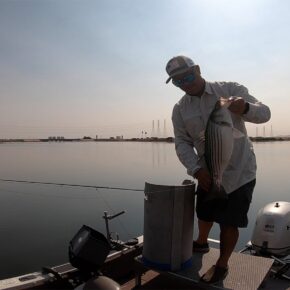 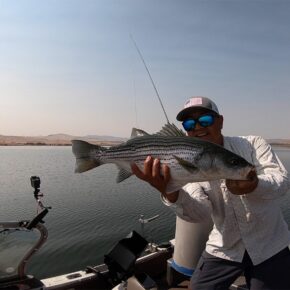 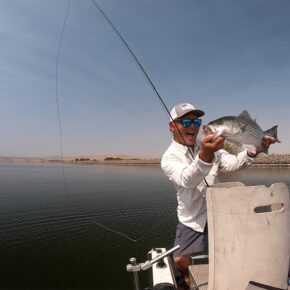 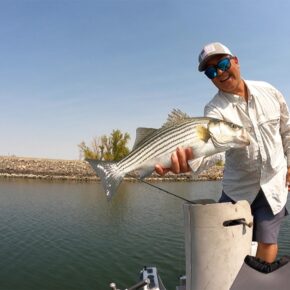