September 27,2021 -Yesterday, Steph and Vaughn had a good day on the Forebay.  Steph was very persuasive after describing his luck in the open water using his “grid” search but today I couldn’t find a fish in deep water that would bite.  I did see lots of bait and other fish. There must be American Shad in the forebay. Some of the big schools I am seeing are too big to be threadfin shad and too small to be stripers. Could they be yearling stripers?  I would think any fly in the vicinity of stripers would be mauled if they were dinks.  The bite for me was very different today.  I hooked 8 fish and landed 6 with a couple big fatties.

I met a couple fly fishermen from Walnut Creek at the dock this evening and they did well fishing the powerhouse where they said there was some moving water along the rocks. I tried the deep areas beyond the powerhouse in the middle of the forebay and metered fish but couldn’t get them to eat. I think the water temps are getting hot and now with the lack of water flushing through the forebay from the dam and the Delta, the water is getting warmer.  Around 75 degrees, stripers get O2 deprived and are very susceptible to Lactic Acidosis. Increased levels of lactic acid can lead to a situation known as acidosis, and the exhausted fish may reach a point that results in physiological imbalance, muscle failure, or even death. I’ve seen fish basically seize up like they have rigor mortis right at the boat completely dead and stiff within minutes of being landed.  I guess it’s much like a muscle cramp but fatal. As water temperatures rise,  fish metabolism increases, as does the stress imposed by fighting a fish.  When water temps start to exceed 73 degrees, take extra precautions to reduce fight and handling times. Research has shown that angling stress is greater for striped bass in freshwater than in marine waters.   With the Algae Blooms in the lake and Forebay, dissolved O2 is always much more of an issue that in bodies of water that have a fresh influx of water. The lake fish in summer and fall are especially fragile.  One biologist told me that just because you see a fish swim off when you release it,  doesn’t mean it’s going to survive if it has some degree of Lactic Acidosis. 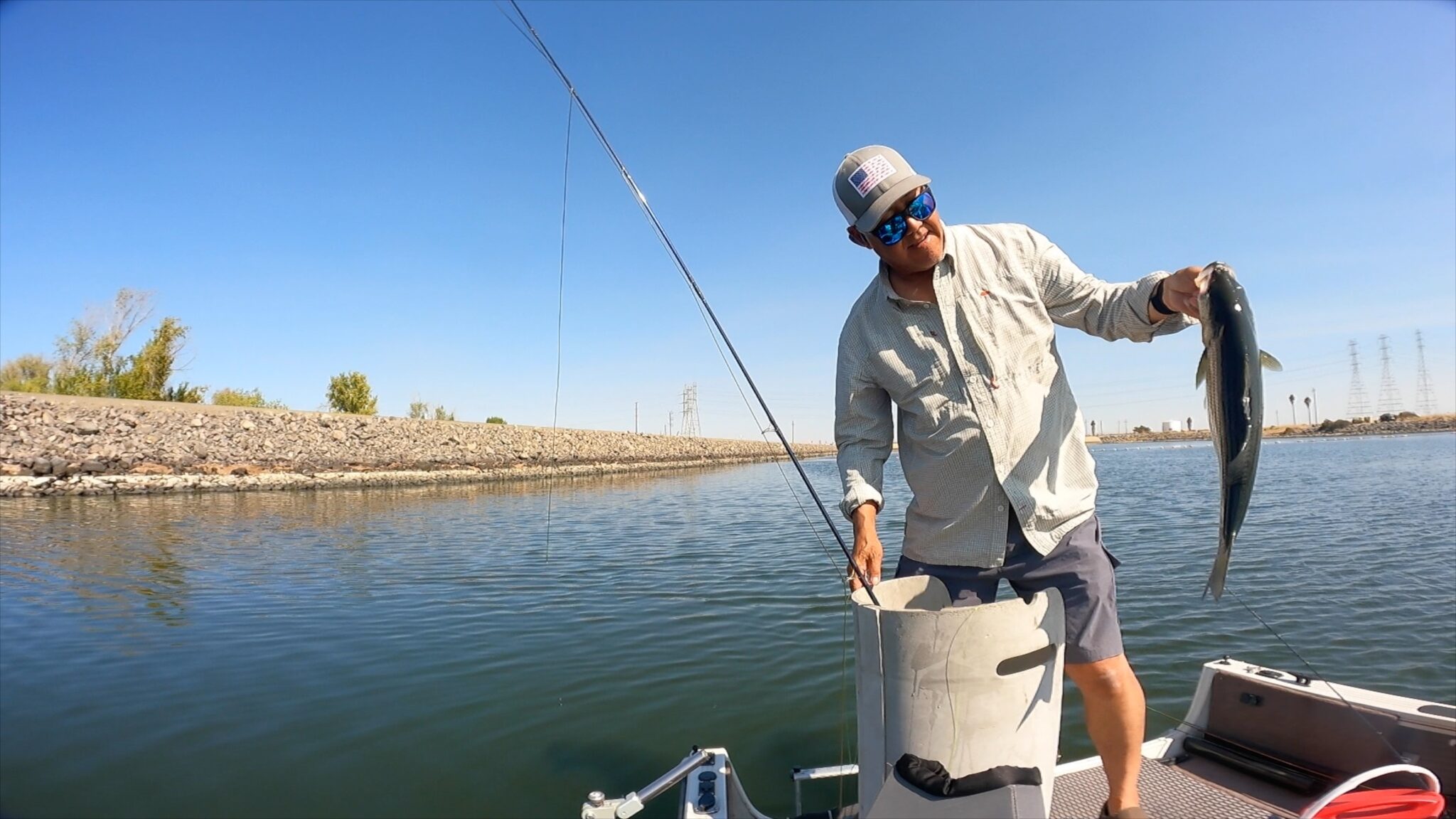 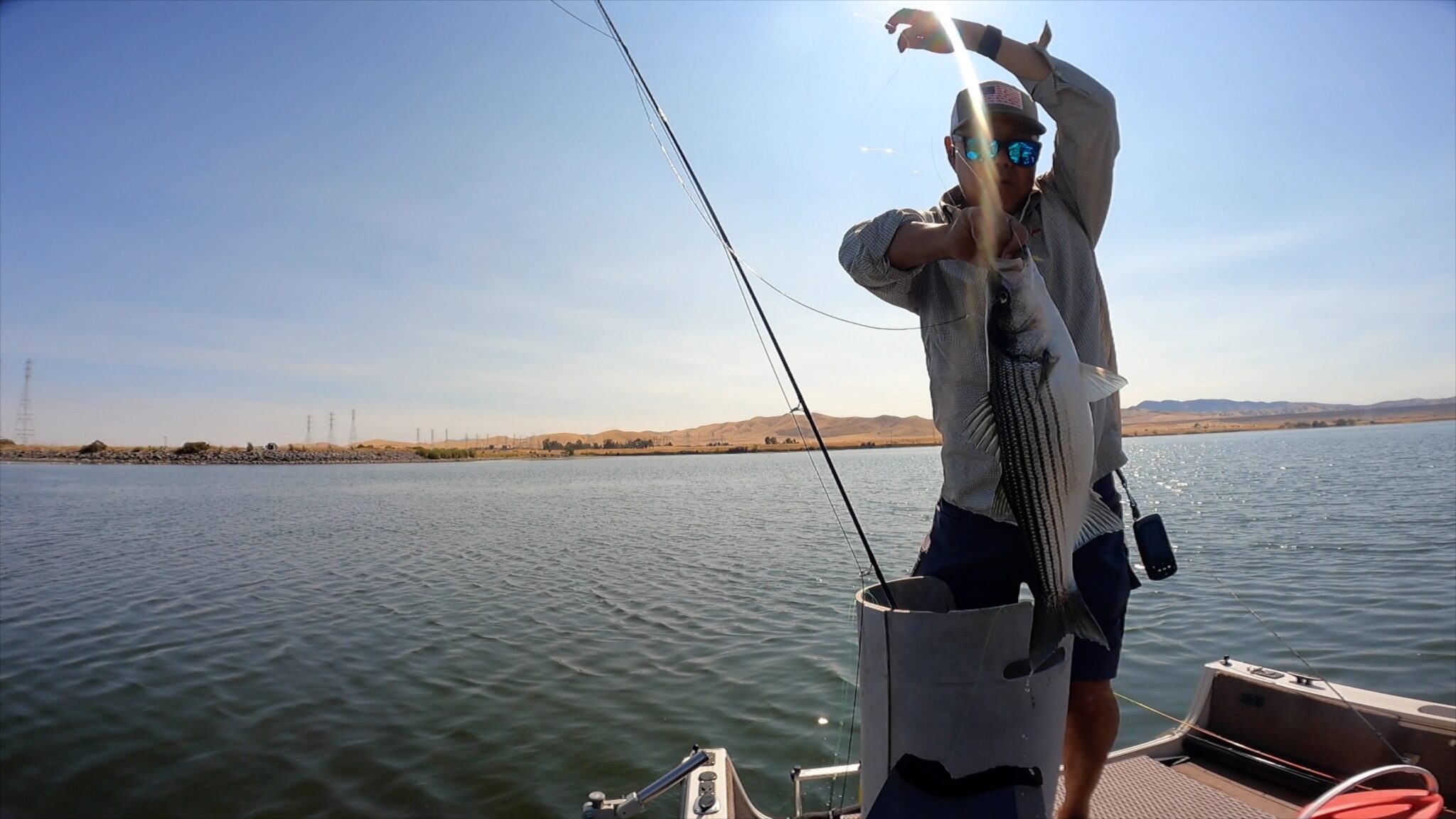 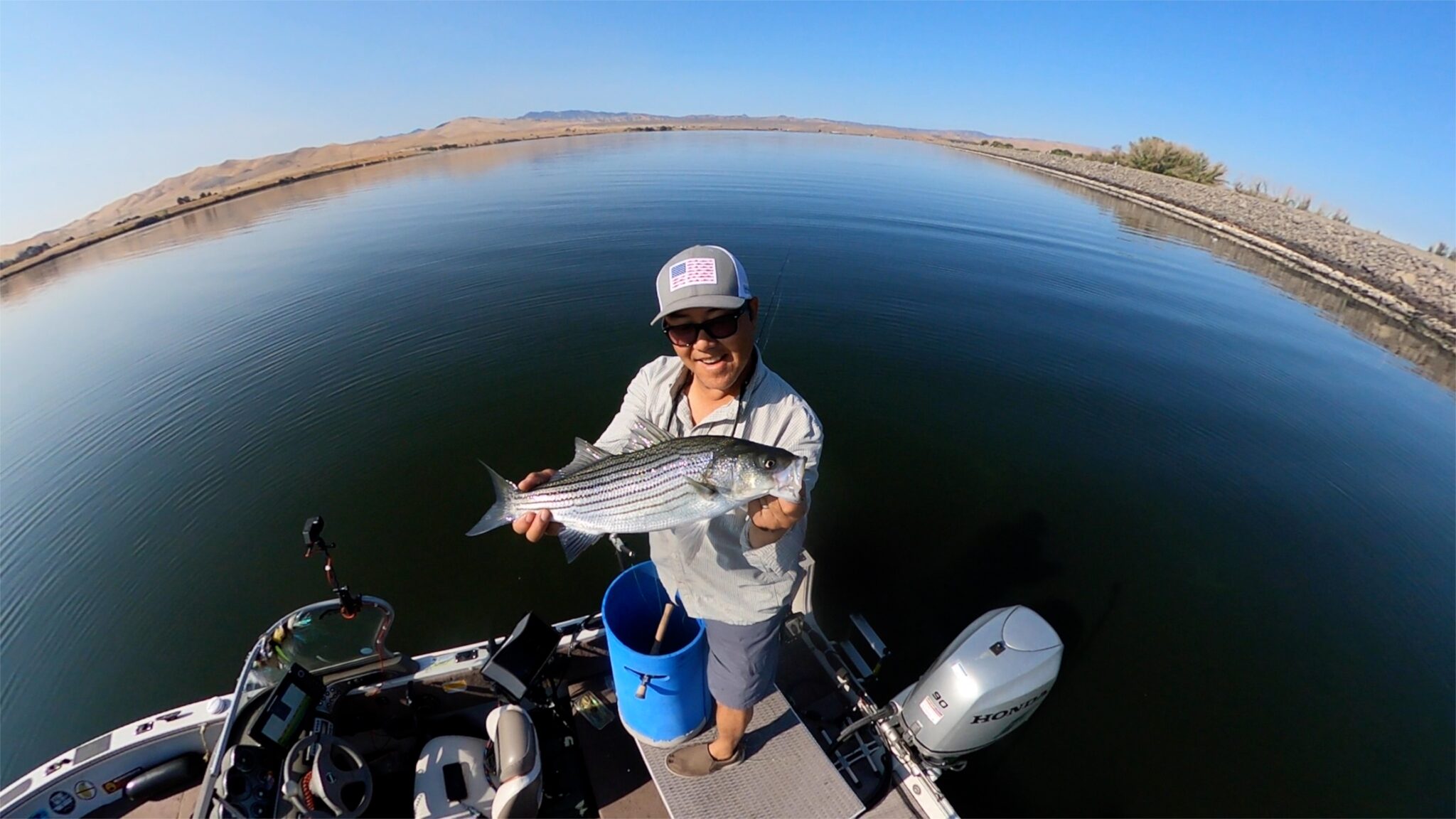 Yesterday Gina, Phoebe and  I went to watch Mark run in his second Triathlon which reminded me again of how much more fit he is than I was when I was his age. Mark did well in his age group finishing 8th out of 40 in his competitive age group. The top three in his group won the entire race field. What a great day we had at Santa Cruz. We drove our Revel Van – the Synabeggo-  and parked our “Luxury Box”  close to the Santa Cruz Pier and  had hot chocolate and coffee waiting for the race to begin.   The swimming was right off the Pier and I was thankful to see a ring of lifeguards around the course to watch for sharks.   It looked like a big school of Big Bait with Yellow Swim Caps .   After the race we ate some heavenly Burgers and Shakes at Betty’s Burgers.  A great day all around.   Google Photo Album here. 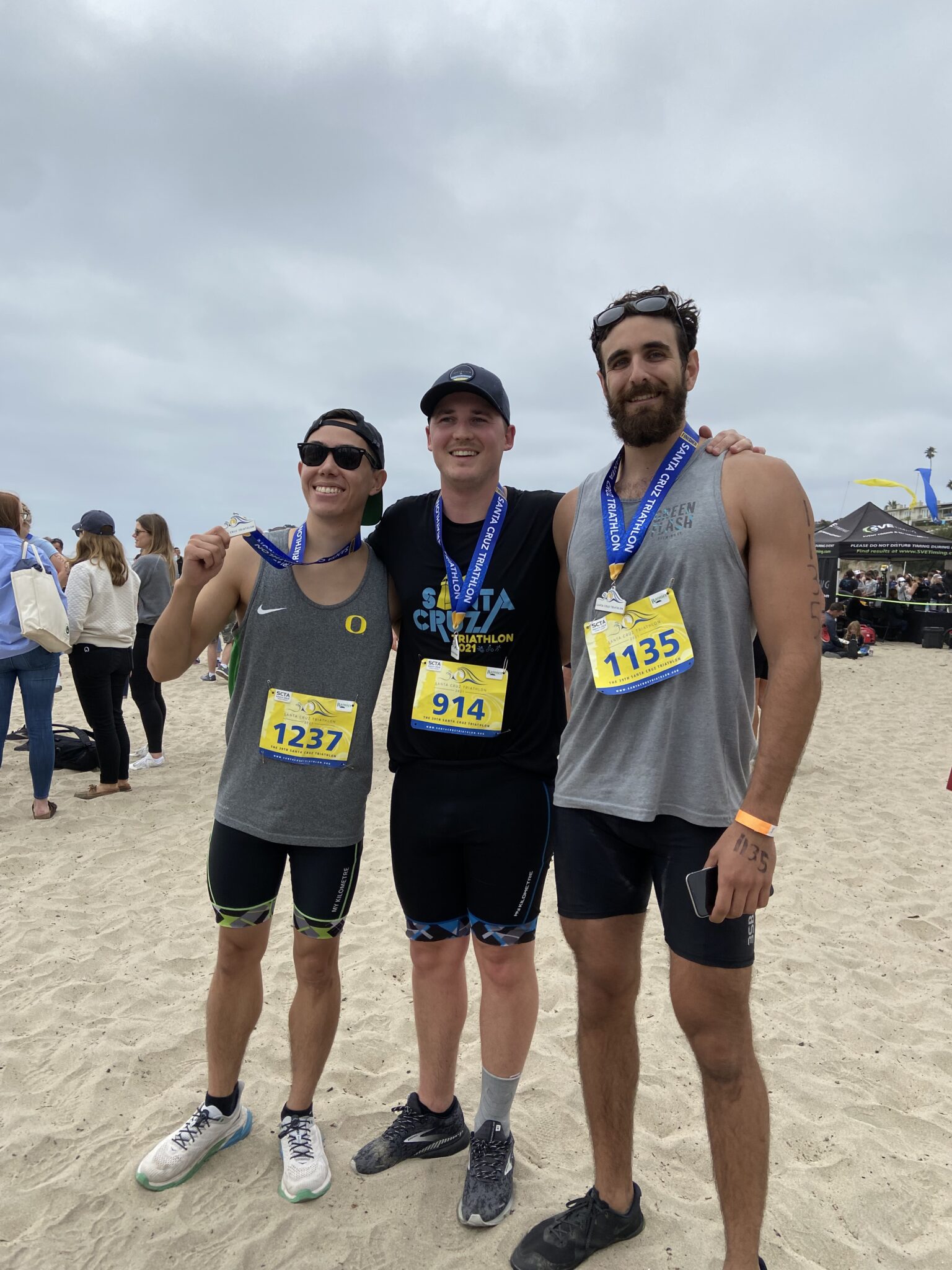 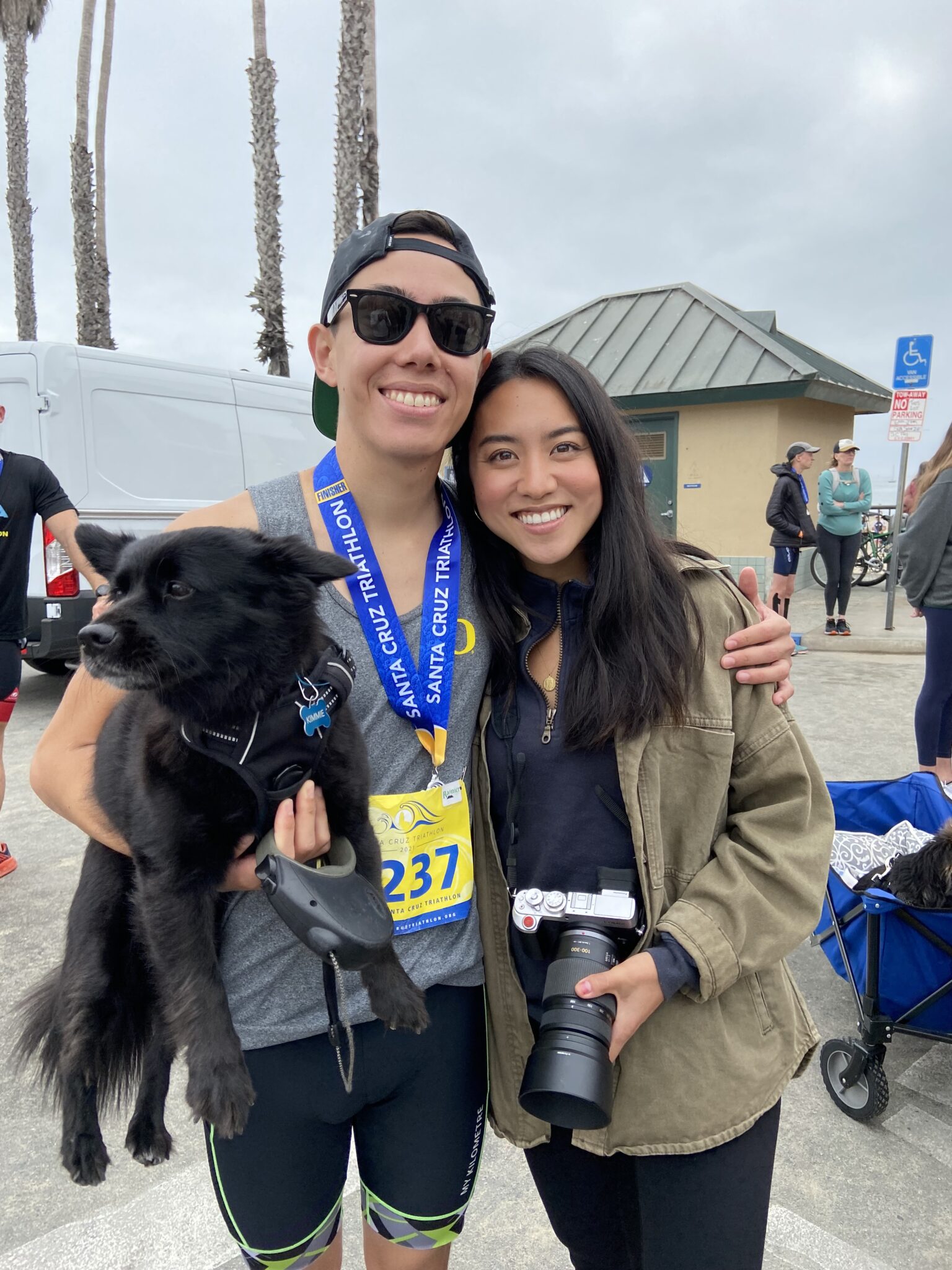 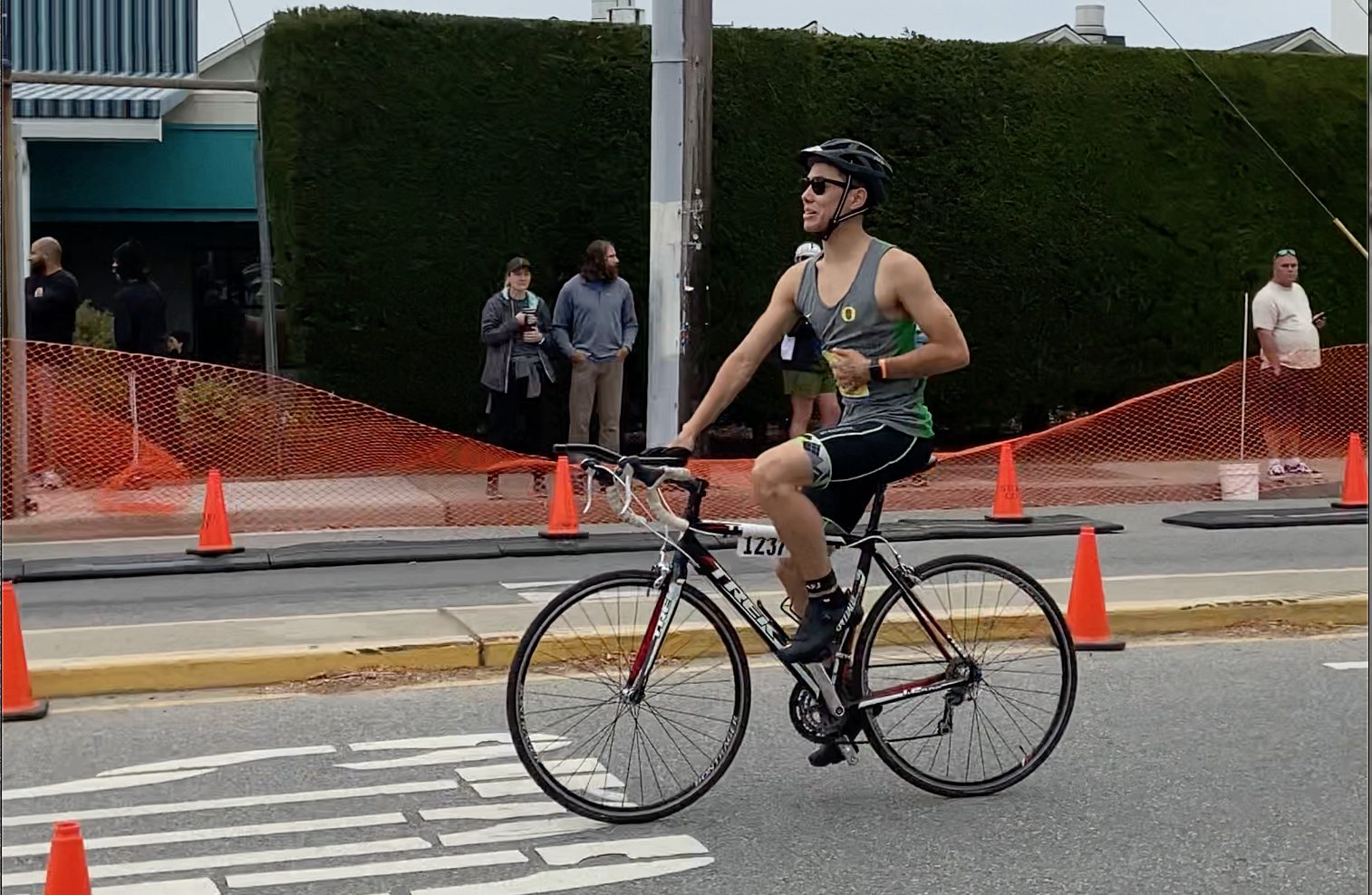 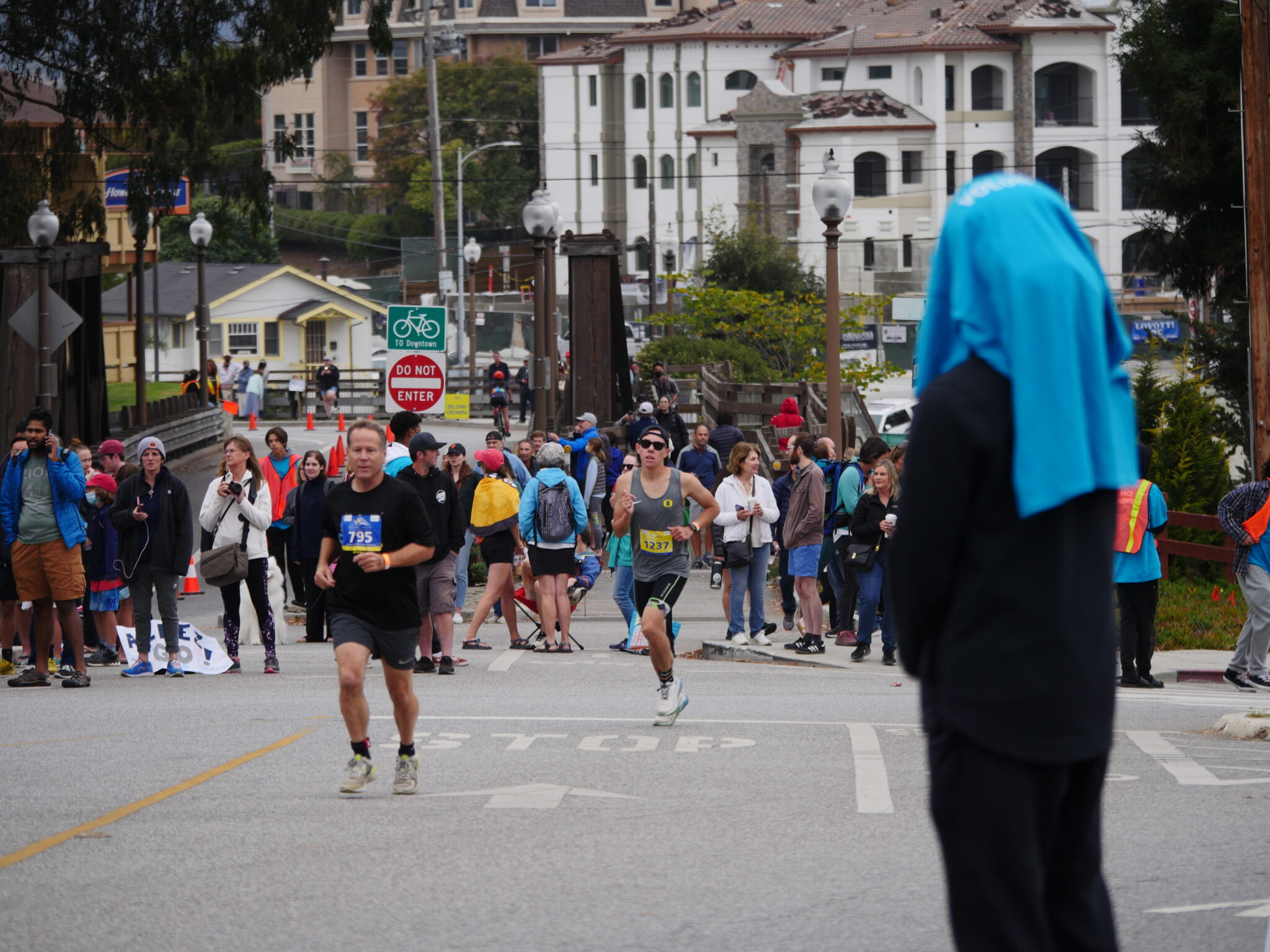 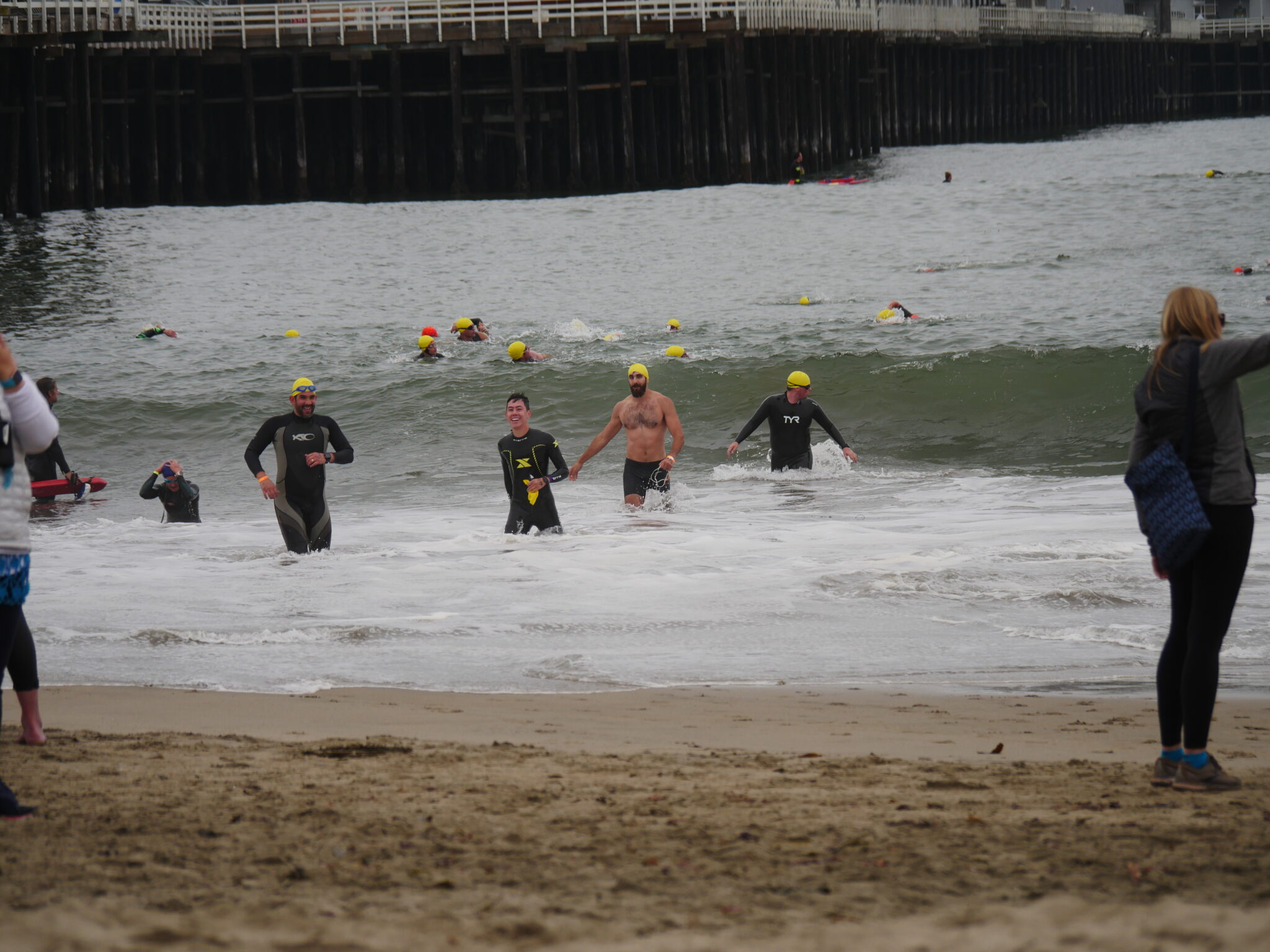 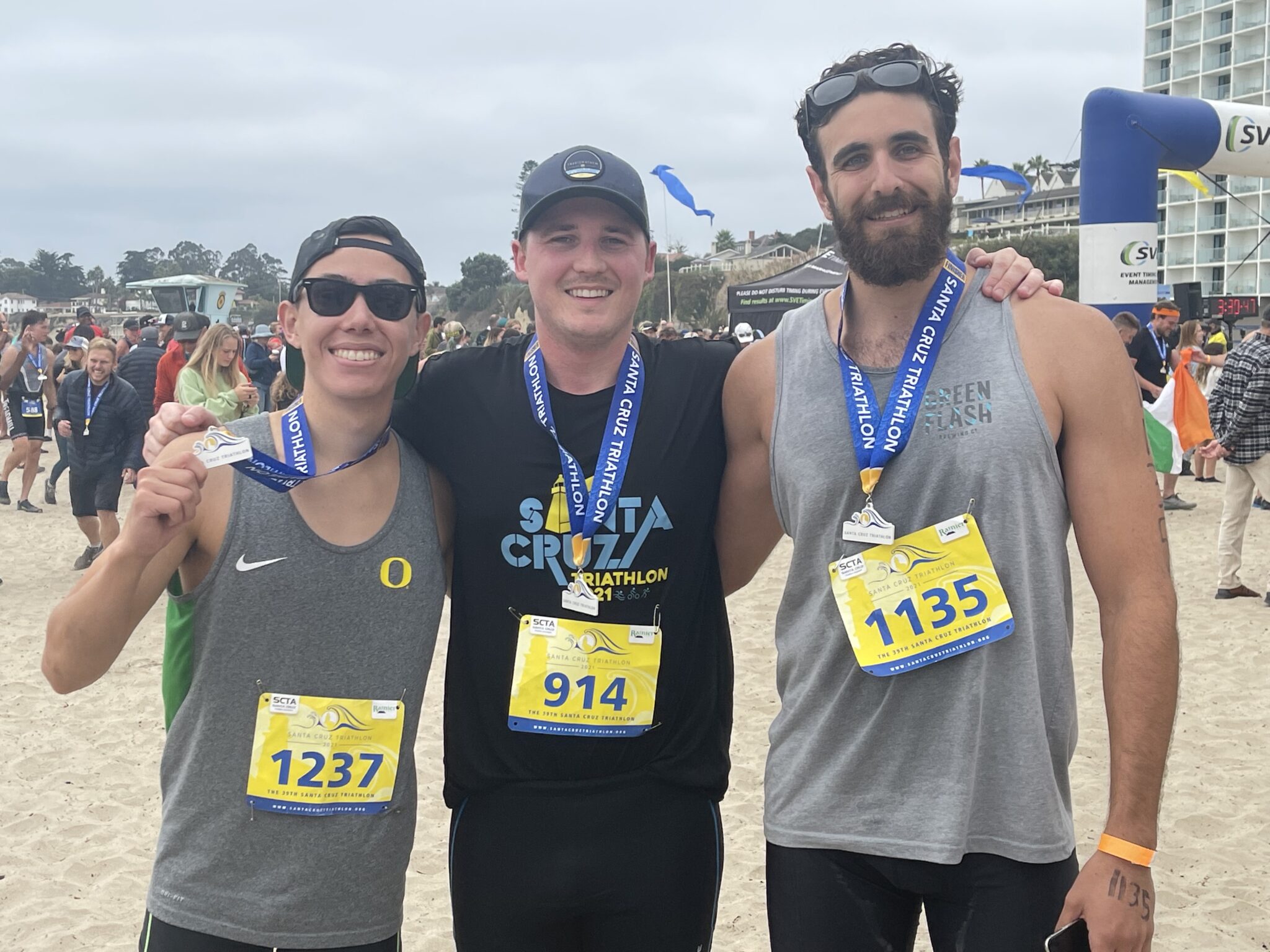