Sunday January 23, 2022 – It took 23 days into the New Year to head back out to the Forebay after my Zero Fish end of the 2021 day more than 4 weeks ago.   Maybe my longest absence from the lake in a long time,  it has  been hard to go back and try  after weeks of really bad reports from the lake and the forebay by great fishermen all month long.  There has been a lot of discussion about how slow the striper fishing has been this month not only in the forebay but also in the delta.  I think the cold weather lowers striper metabloism.    With water temps averaging in the mid 40s for most the month,  I was surprised to find 53 degree water  in the  13 feet of water I fished most of the day.

The strategy for today was to use the Humminbird 360 and the Garmin Panoptix together.   I took the 360 transducer off the boat when Livescope was installed but I now see the benefits of the slower Humminbird 360 tech.    The 360 was great today when it came down to finding small schools of fish swimming behind me in the boat.   It frustrating to locate a large group of fish and completely loose them after landing the first fish out of it.   With the Humminbird 360,   it is much easier to see where the fish have moved if you lose them on the Panoptix.  Finding fish today was not a problem.  Its much easier to stick around an area that seems to hold fish and just spin the boat around till you find a school to cast to.   I spent a large amount of time just spinning the boat around 360 degrees aiming the Panoptix at schools

For awhile today, I put the Panoptix in forward mode.    The most important information you can get from that mode is the at what depth the fish in front of you are.   Because I was using the Humingbird 360 to locate fish around me,   It seemed logical to put the Panoptix in forward mode to get the fly closer to the fish.  At 80 feet out,  the cone is still spread out about 10 feet so its still a dart game at 80 feet with forward sonar.     I made many cast that were within a fish length of stripers that were completely ignored.   Sonar can make you feel inept.    After talking with Richard Cook about the fish being on the bottom  the last time he was out.   I remembered how interesting it was  observing  fish swimming towards the bottom as they or the boat approached them.   In the summer,  I observed striper swim up to the boat as it approached.   Ever seen those weird arches that start at the bottom and end under the boat?  There are Striper fishermen that believe Stripers are attracted to the noise of a boat.  Check out Striper Thumpers.    Fish out 40-80 feet were in the middle of the water column while the fish closer than 20 were on the bottom or heading there.   Maybe 2d sonar isn’t that great at targeting fish position in the column.    The Heisenberg Uncertainty Principle of Fish Sonar –  “Any attempt to measure precisely the velocity of a subatomic particle, such as an electron, will knock it about in an unpredictable way, so that a simultaneous measurement of its position has no validity.”   In  other words you cant separate the effect of the boat on close fish making it impossible to guess where they are actually located in the column.     Instead of fishing down and up with the t14,  I was fishing up to down stripping the t-14 as soon as it landed and taking progressively longer pauses to the boat until I was stripping the head straight up.  It also felt like the fish were spooky.l 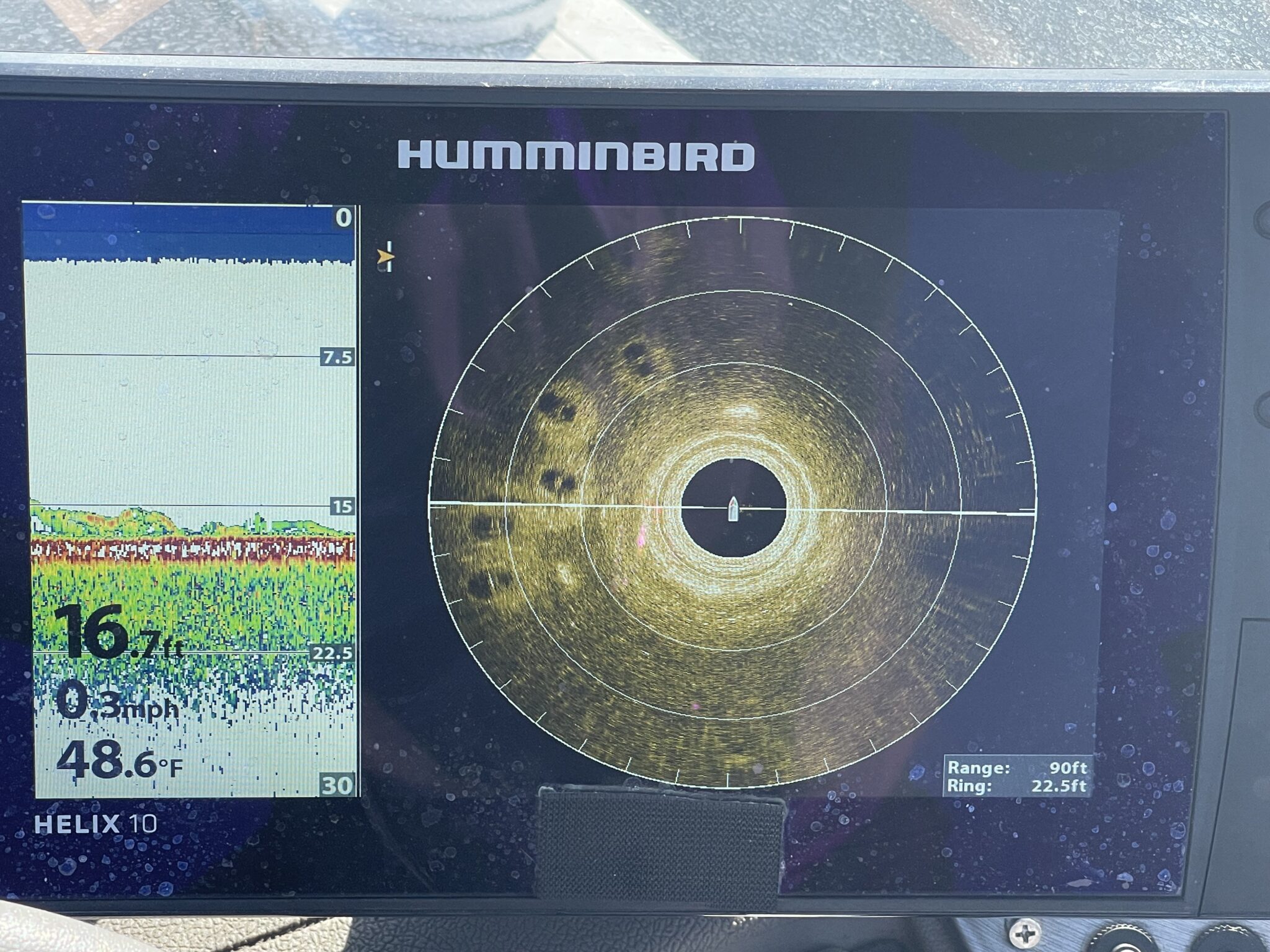 I decided to fish later in the day because of the bright moon last night.    I left the house at 8:00 and fished till 4:00.    The bite really didn’t start till after 1:00.   I caught a few fish around 10:30 am but really started consistently getting fish later in the afternoon.    Last year in January,  I did well with slow strips and long pauses but today ,  a moderately fast strip seemed to be the ticket.    The schools of fish were hunkered down around structure today and the fly had to be pretty close to the fish to get their interest.   Casting to schools of fish,  I was looking for one or two fish that would come out of the school and start following the fly.   The fish that would follow the fly would turn away if the pause was too long and loose interest in a couple feet if the fly was moving too fast.  I think there is a sweet spot in terms of speed when it comes to getting cold stripers to strike a fly.   Todays hits were pretty decisive.   I found that longer leaders (5 ft)  and smaller flies seem to be more effective.

The fish were pretty skinny but healthy and fought well.   I kept one fish around 21 inches just to see what it was eating.  Autopsy on the Striper yeilded no stomach contents at all.   These fish seem to be fasting and hibernating.   Last year they were eating scuds.

Most of the fish I caught were in the trench  in 13 -18 feet of water. The fly of the day was a tan and  rust colored clouser with gold flash fished on a 5 foot  15lb leader.  T14 seemed to work better that T11 for some reason in the shallow water.   Sometimes just changing lines can change your luck.   I ended the day with 19 fish.  Most were undersized but half a dozen were 18 inches or better with a couple over 20 inches. 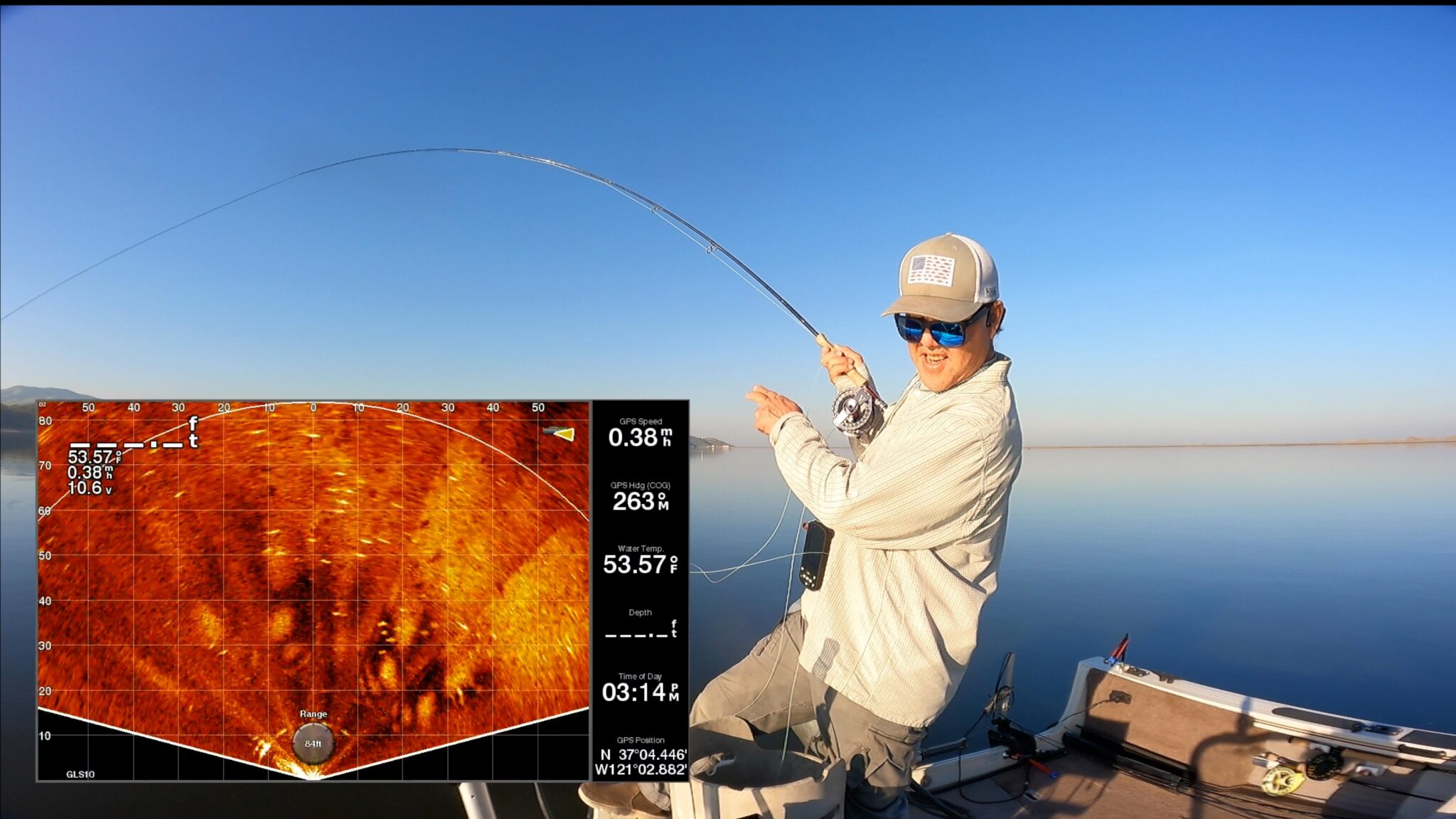 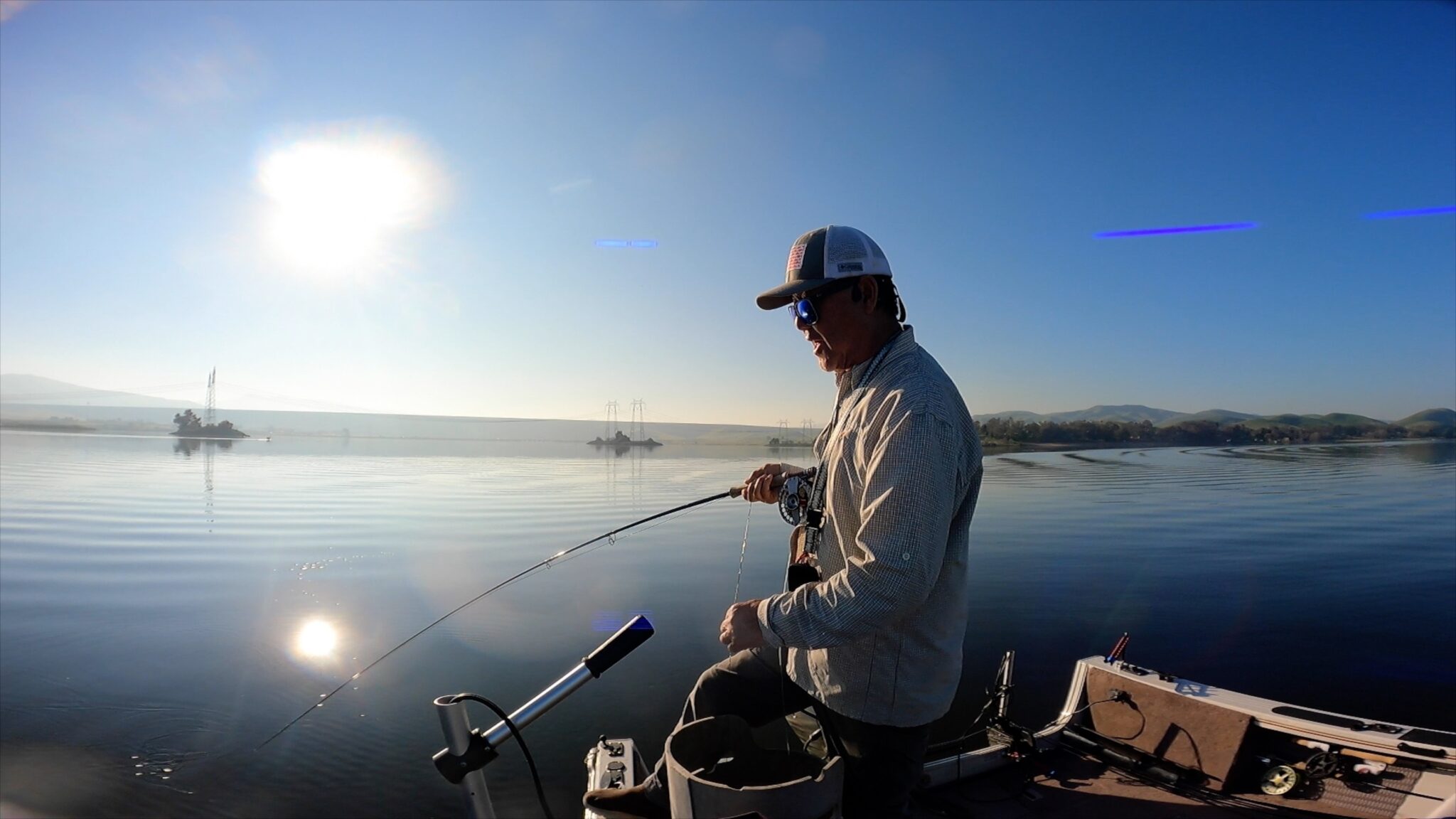 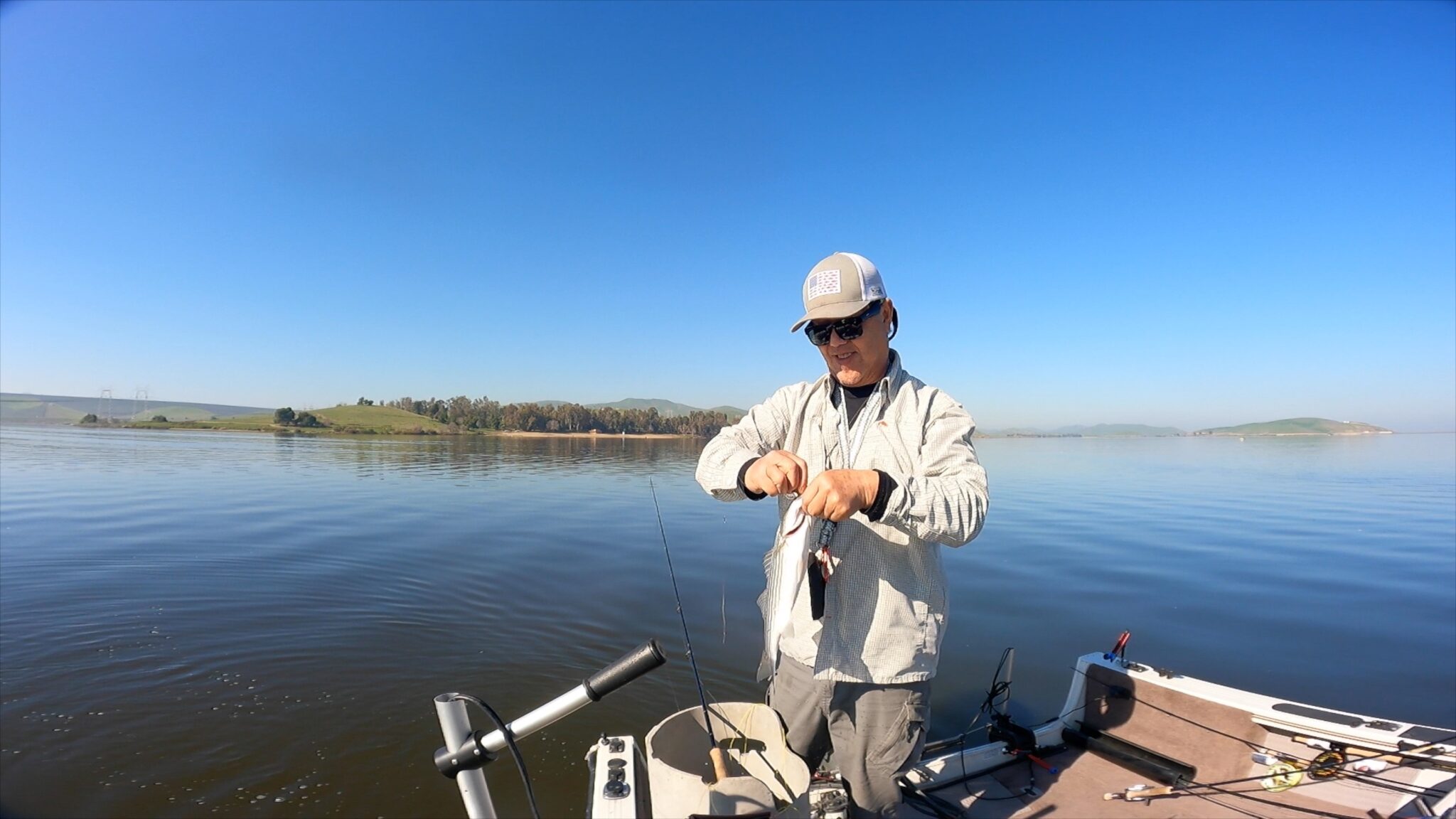