Finally back from Covid was the Pleasanton Fly Fishing Show this last weekend.     I crowbarred an entire day into my schedule on Friday to spend the day there – I am addicted to fly shops and this is where the fly shops come to you.

The show was very different this year with only about half the vendors showing up.     I watched a  stillwater lecture by Philip Rowley and a pyramid lake lecture by Rob Anderson and learned some things.   There is always something different to see.   I decided not to go back on Saturday and Sunday because I had plenty of time to look at the few venders that showed up this year although there were some show I wish I had seen like Dan Blanton’s updated San Luis  and Delta presentation.  I’m taking him to Henderson springs in a couple weeks and we will have plenty of time to catch up.

I casts Airflows new Ridge 2 Polyeurothane fly lines in tactical,  universal,  and power on the same rod and was very impressed with how different each line is designed.   Im beginning to really appreciate the differences between PU and PVC lines.

Spent a lot of time talking to RIo about 11 wgt fly lines for stripers.  Im leaning towards a Game Changer Skagit Max intermediate in a 725 wgt. for the 11 weight Musky rod.

I watched the Film Festival and honestly I left disappointed.    Drone shots have become the norm to the point that they are overused.  Plus watching some of the films on destinations that only a handful of people will every get to fish is kind of narcissistic.   There was one film about a Fly Fishing Refuge that actually made me think about fly fishing in a broader sense.   I  voted for that one.   Maybe it’s the war in the Ukraine that made me emotional.  There is not much fly fishing there these days and Im sure some who love  fly fishing  will lose their lives before it’s all over.   There are some fantastic fly fishing destination in the Ukraine especially in the Eastern Carpathian mountains.   Tod Moens entry was very entertaining and he was the best cinematographer by far.  Tod Moen is my Idol.  There is a great interview that he did that’s worth the read.       The Caddis film was cool as far as learning a old (now New) trick on putting a caddis dry dropper above a long weighted anchor and bouncing it up and down on a trout’s head.     Great shots of trout losing their mind on a fly fished like that.   I wish I had shot that.

Airflow Ridge 2.0 Ridge Fly Lines are very nice.  PU stiffens far less in the cold than PVC and is much less prone to wilting in tropical heat than PVC lines.  In addition polyurethane fly lines are also DEET and Sunscreen resistant. Polyurethane has the intrinsic advantage of having the ability to be formulated to have a specific gravity less than or greater to 1.000 vs  trapping bubbles for flotation as with pvc.  PU lines are also thinner and smoother giving them superior shooting ability.   PVC is harmful to the environment vs PU is more sustainable.

Tying indicator dropper flies by pre tying perfection loops and looping them to line on knots is a fast pre knot tying method.  or just stick with tippet rings

Putah Creek is fly fishing only and Wild Trout sanctuary –  Big changes since I last fished it in College.   Could be a new day trip for me.   Lots of guides fishing it.

Most guides at Pyramid Lake use size 14 chironomid’s on the small end  and uses the strongest tippet you can get into the eye.

Mahalo nymphs were named after the reaction some people have when they hook up  “Hello!”

Still am considering a Kodiak Watercraft instead of Pontoon boat for Van.   Small light and 8 minute setup

Some hard core still water guys and even pyramid guys use a castable fishfinders to determine depth where they are going to cast.   Ive been using the hemostat method but I never paddle over to where Im going to fish before setting my bobber depth.   There are many castable fishfinders for sale.  Some interface with an iphone and some come with a proprietary hand held unit.    I suppose a telescopic compact spinning rod will soon be a part of my stillwater gear!  According to Philip Roweley,  getting you chironomids to the exact right depth is more than half the game.. 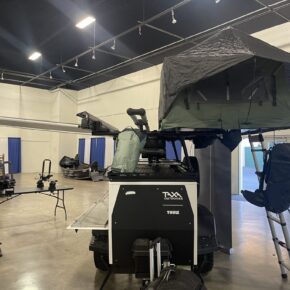 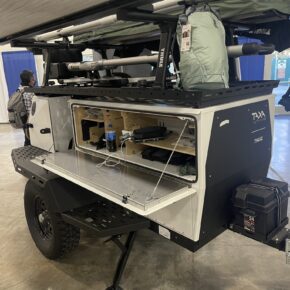 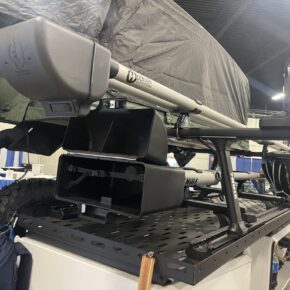 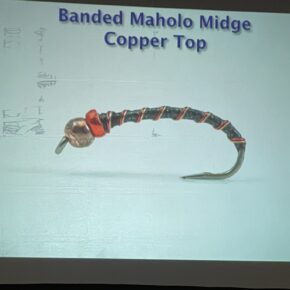 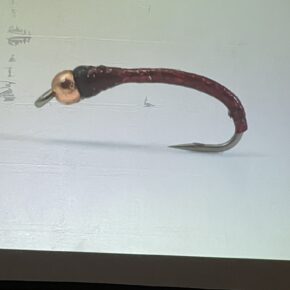 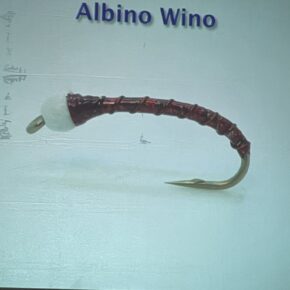 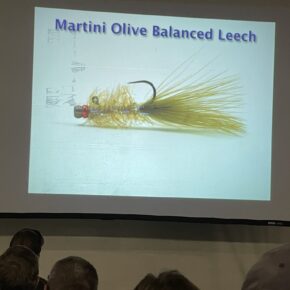 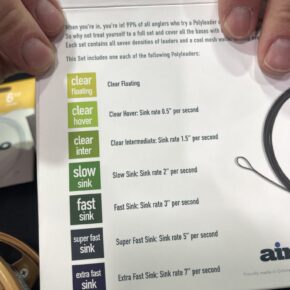 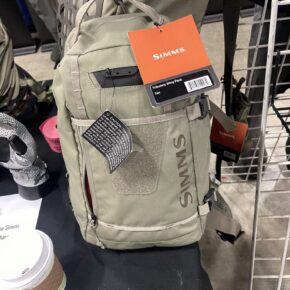 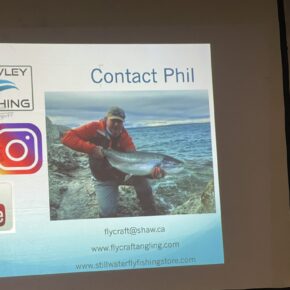 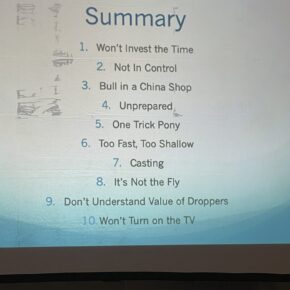 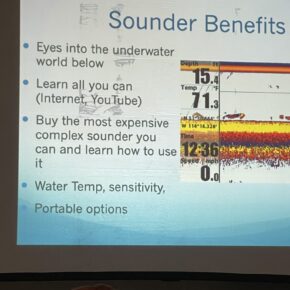 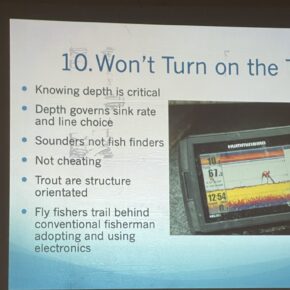 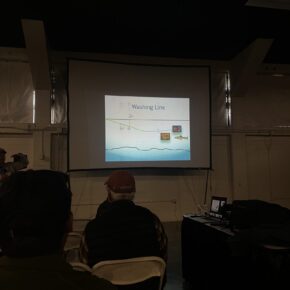 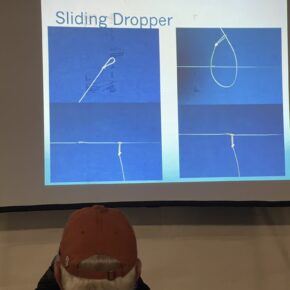 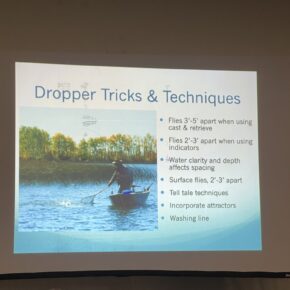 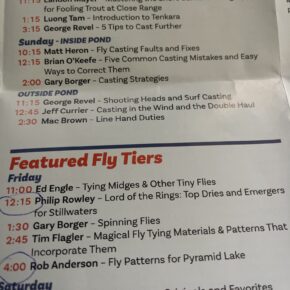 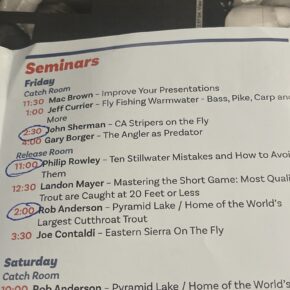