Brian got his personal best striper on the Lake on Wednesday fishing a calm wind day on the racks.   Brian had an epic day catching 45 good fish at the racks including the big one that he measured and weighed .   According to Brian the fish was 39 inches and weighed 28 lbs.   The fish was hooked near the racks and took him 20 minutes to land. 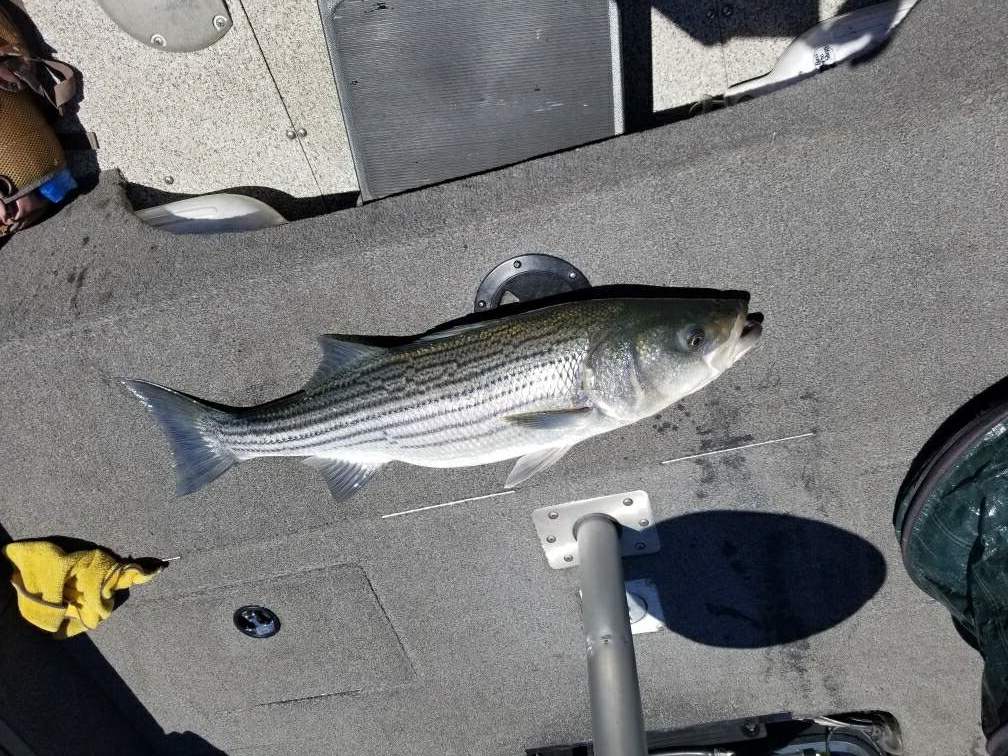 It sounds like the racks have turned on.  Richard Crook and I decided to go fish the racks on Thursday   Tim Anderson had the same idea as us and also showed up at Dinosaur point at 7:00 in the morning.  The problem with launching at DIno is that you dont really get to see if the lake is windy and have to rely on the conditions at the dock to make the decision to  launch.  Im really going to miss launching at Basalt not that its basically closed for good (7-10 year).   I think it’s unsafe that they dont keep Basalt Launch  open,     I didn’t think we could make a safe run to the Trash Racks with whitecaps in the bay blowing east across the lake.     Although Thursdays wind forecast looked alot like Wednesday, we didn’t get lucky with the forecast  like Brian did yesterday  and I knew it would be a really rough ride to the racks and that the winds would get stronger in the afternoon.    We decided to go fish the forebay.   The racks would have to wait.

It was my first time with Richard in the boat.  The forebay was a mess as well with the winds making it tough to fish .   We decided to drift fish and between the two of us hooked about a dozen stripers from 9am -1:30pm.  The winds were building in the afternoon and we decided to go home early  after waiting at the dock a couple times to see if the wind was dying.   the forebay seems to look calmer when one is just about to hook the boat up and tow it out.

While fishing the trench  Richard noticed a dead striper with another striper swimming around it.  As we approached it and made a couple casts,  we noticed that the striper wasnt swiming freely around the fish.   Apparently some bait fisherman broke off the big dead striper on a rig with two anchovies.   A second striper swallowed the other bait.   The poor striper had been dragging the big dead striper around for a long time.   The dead striper was bloating and the live fish had scar tissue growing around the fishing line and the  rusted hook was deep in its throat.     Richard cut the leader at the mouth and released the poor striper who for the first time in a while swam without dragging a dead body around.  The dead striper was about 24 inches long.

I really enjoyed fishing with Richard  and  I think we need to give the lake another shot next week. 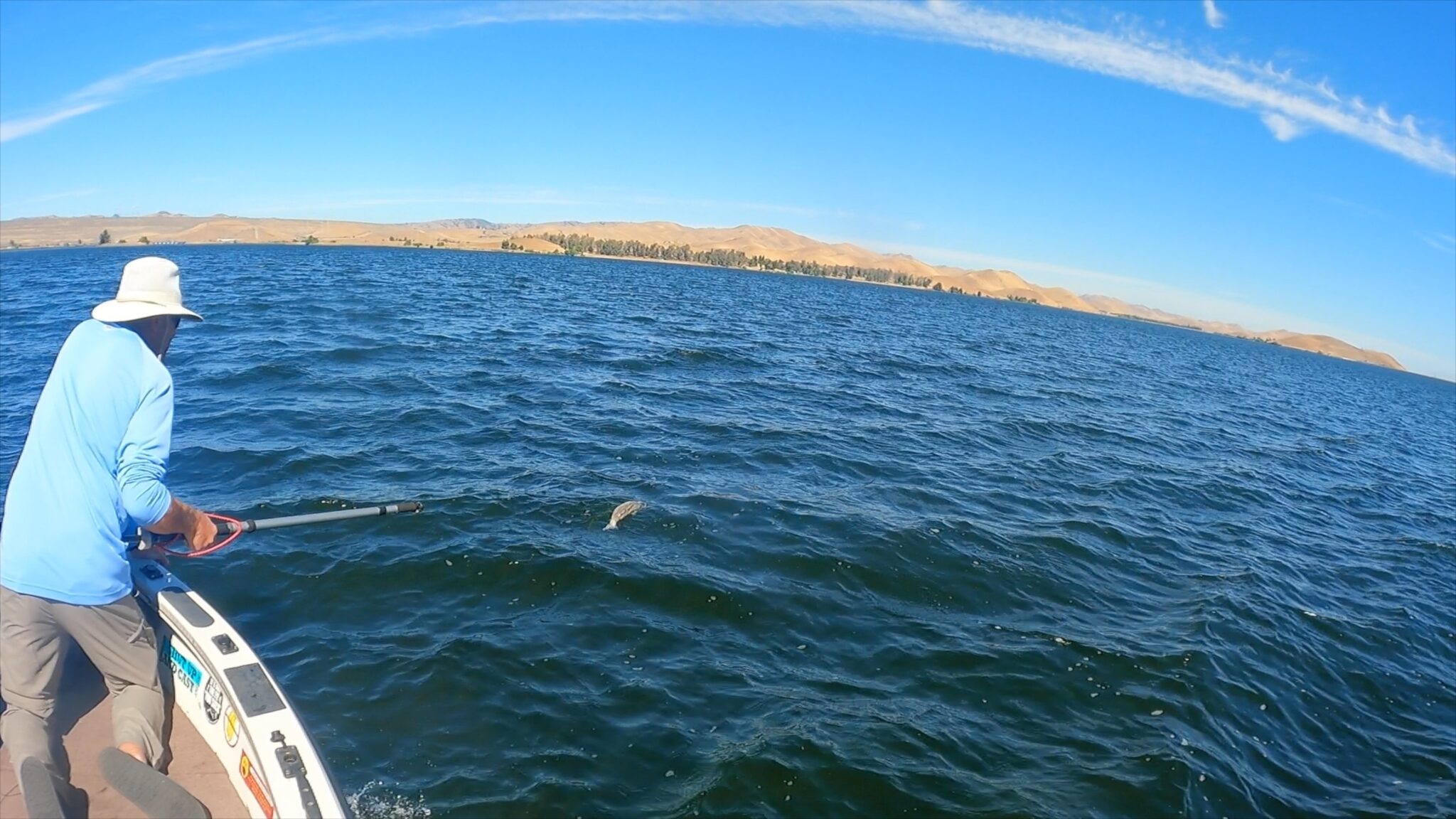 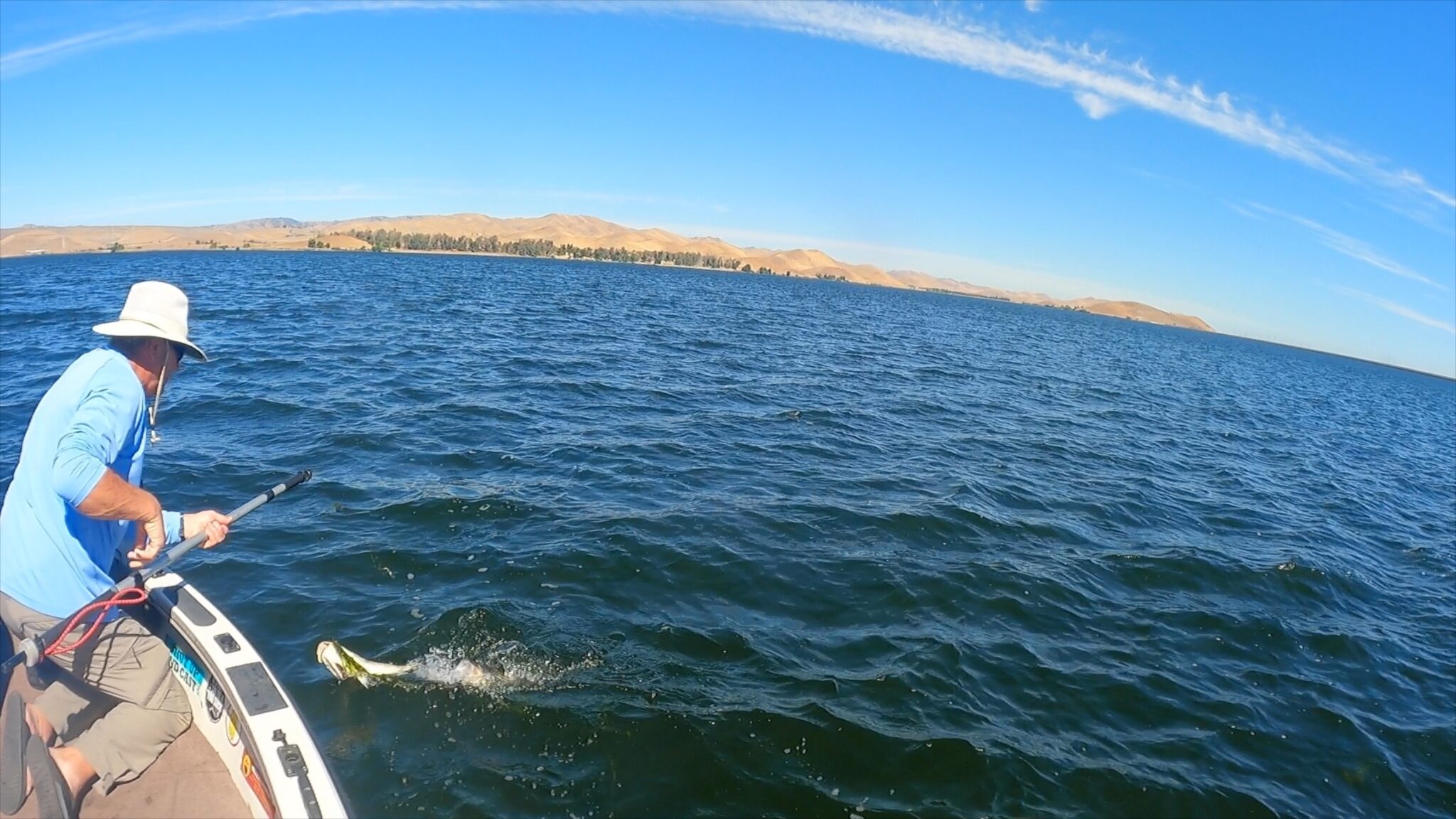 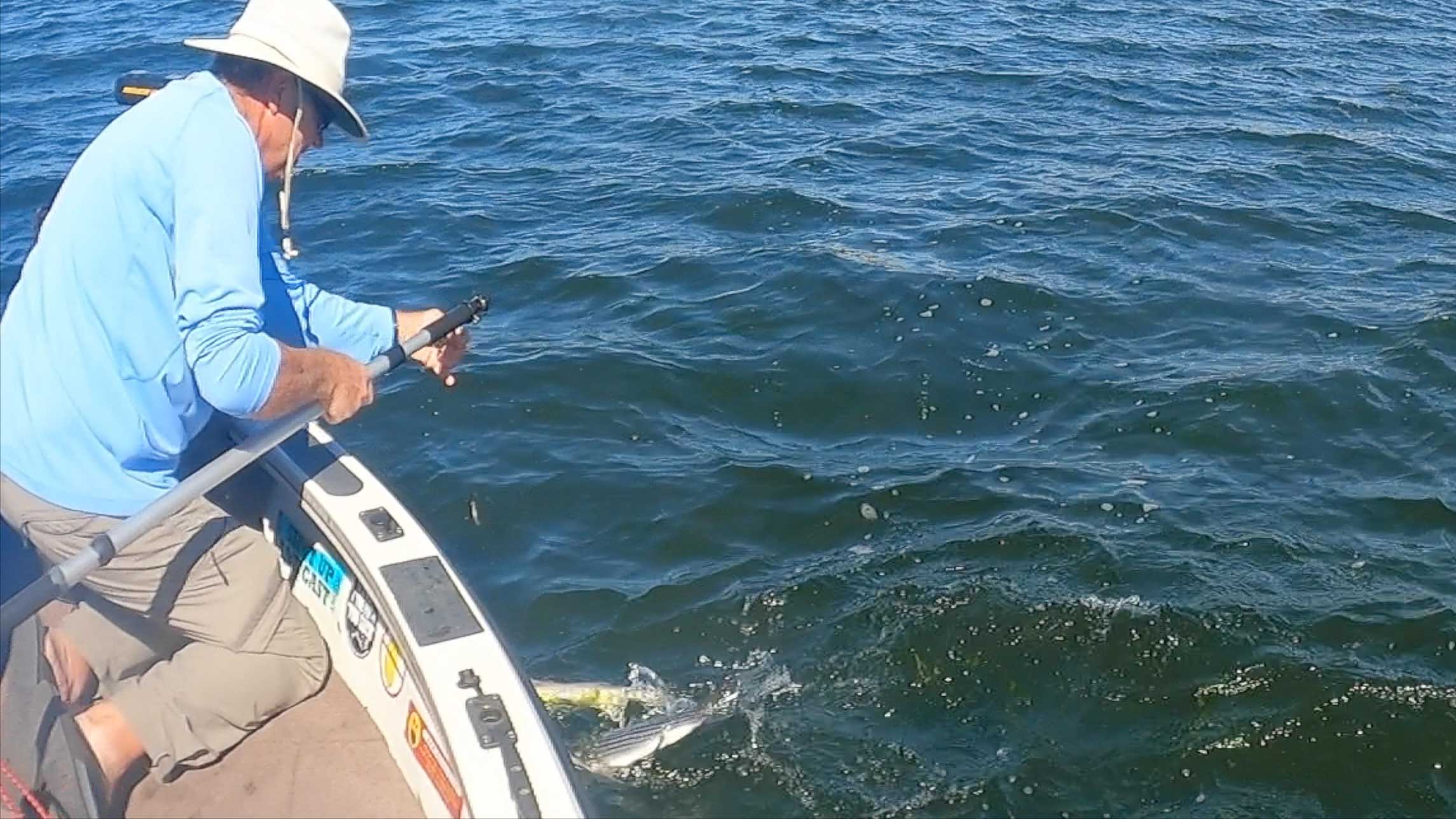 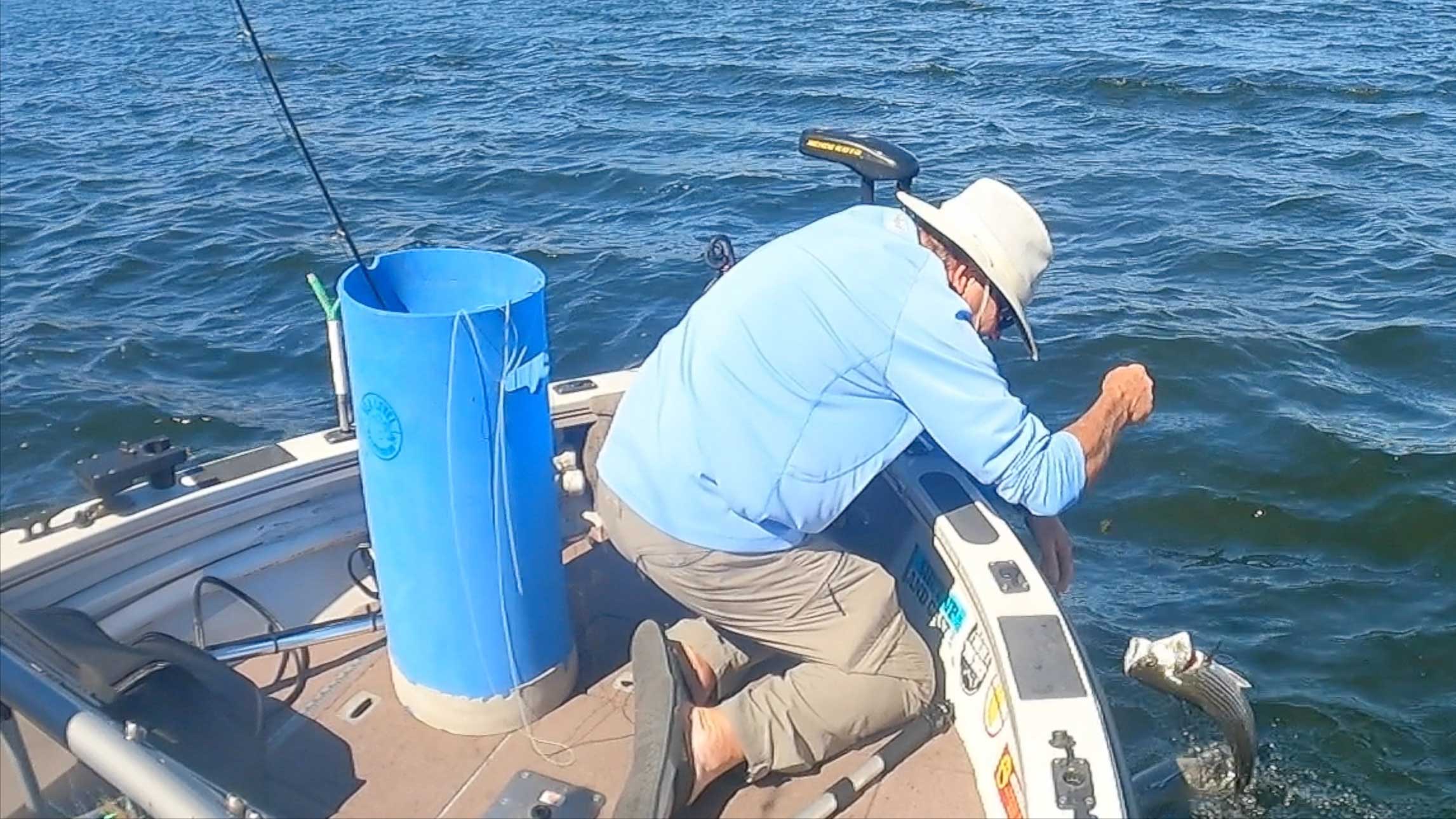 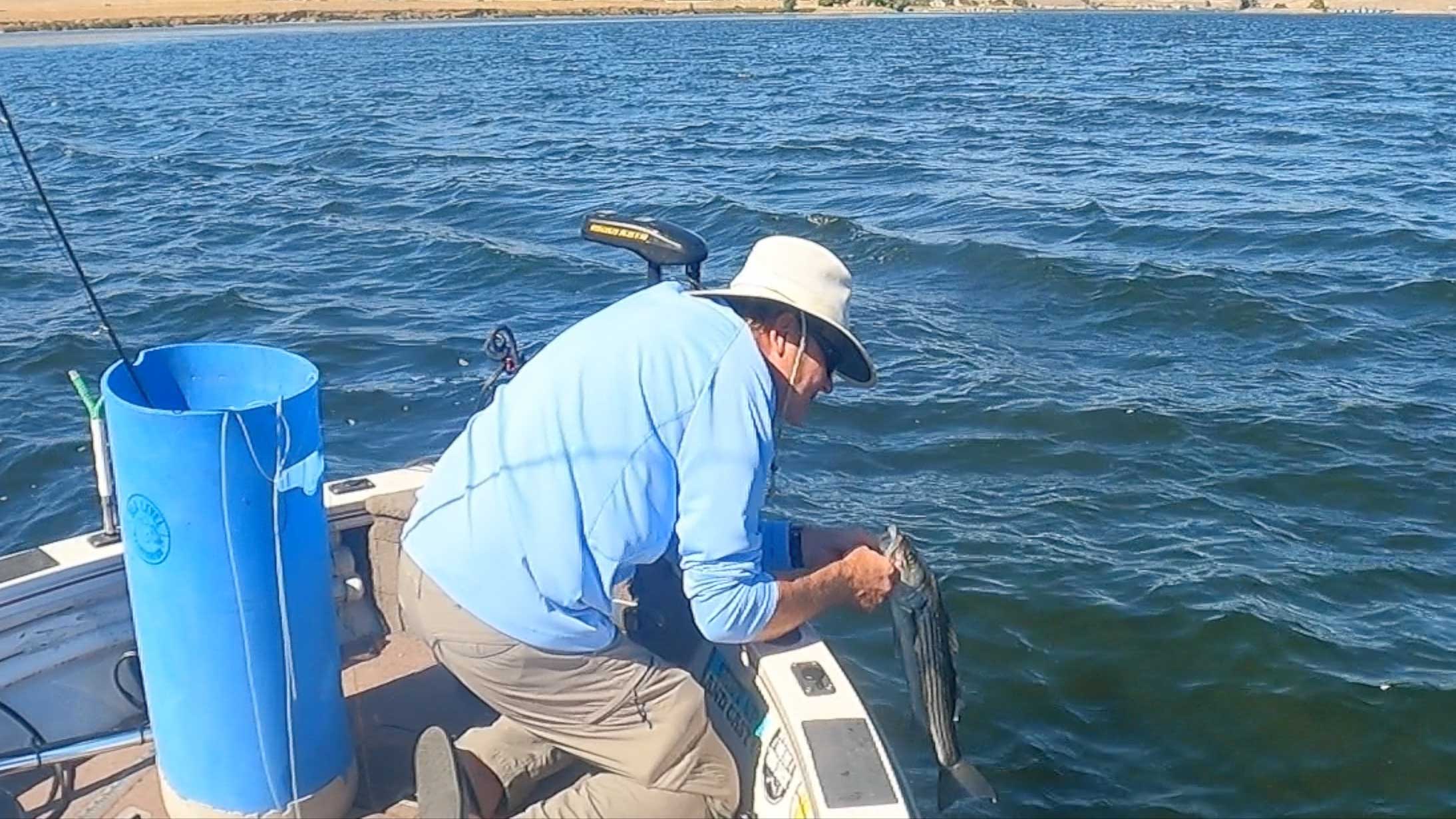 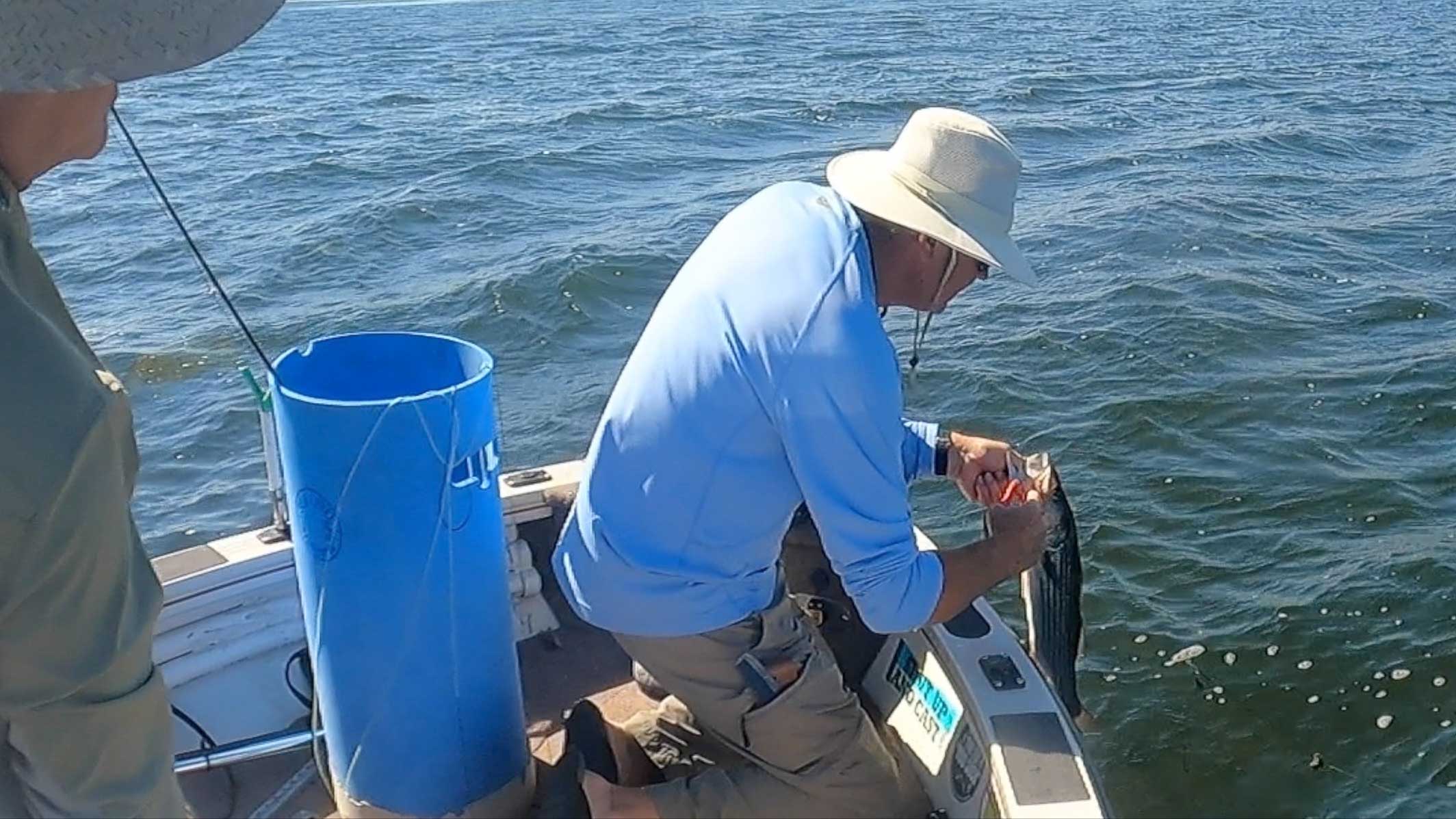 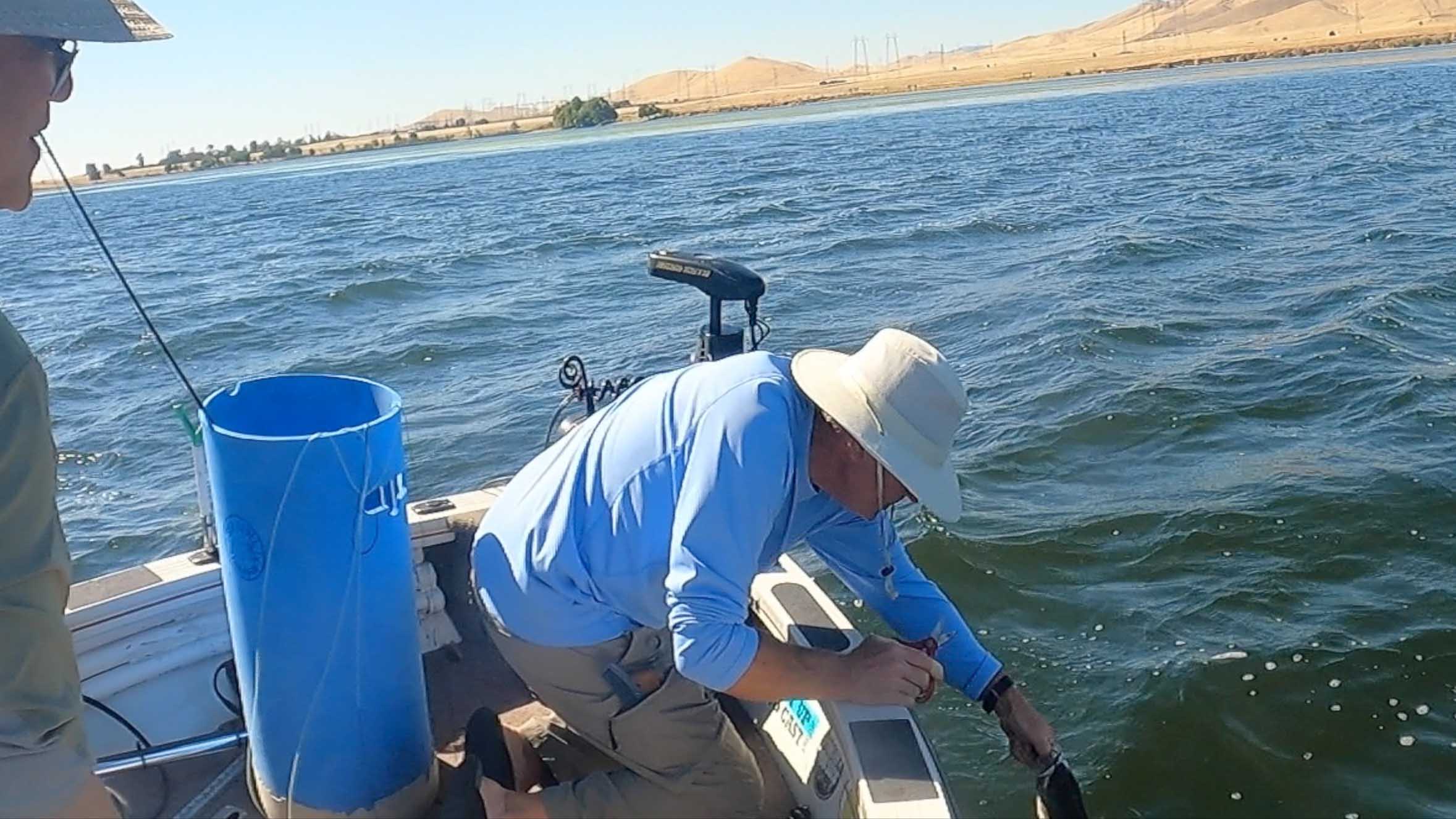