Hoping for a surface action repeat from two days ago,  I timed myself to be on the lake when the wind switched hoping to locate those big schools of Surface Stripers in the glassy water.    I didn’t see any schools today.  I couldn’t “wish them”  up as hard as I tried.    Lots of people were out fishing today.   Steph went to the Main Lake to give the Trash Racks a try .   He flamed out there and went to the Bay of Pigs where he met up with Frank and Steve who were doing pretty good in the BOP.   A couple weeks ago,  RIchard and I got into big schools of yearling stripers at the guardrail.   We also got a couple nice ones drifting the wall.   I think Steve Santucci and Frank had over 50 fish in the Bay of Pigs.   Not sure how big they were though but Steph said they had some nice ones too.

Meanwhile back at the Forebay on Surface Striper Watch,   a big zero on topwater.    Vaughn and Dan were out looking for them as well.   I heard they got a dozen all day with some 5-6 lbrs as well.     Bob McCullum was out and got 8.   The fish today required some hard work.      After hopelessly  looking around the deep water in the middle for those big schools,   I decided to go fish some structure since I couldn’t do worse.    My Panoptix stopped working and I think I blew a fuse on it     I diagnosed  the problem coming from a shorted power connector.  After dissecting it,  I noticed the cold soldered connectors were failing and shorting.   Hummingbird must be hiring kids to make these.    Fishing all day without Panoptix is like being blind for me.   I can’t fish without it now.  It keeps me on the edge and fishing hard.    I did notice a change in he way I fished today  with the lack of eyes in the water.    I fished all the areas that Ive caught fish in the past in July much more carefully.     I let the fly sink to the bottom and fished every cast like I was in a school of fish.   Of the dozen of  fish I did catch,  they did seemed bigger than usual.

Next week I’ll be in Cuba fishing for some larger species.   I took my 10 and 11 wgt rods out to tune with new lines and heavier reels.   I spent the afternoon anchored out in the middle casting big rods with water skiers everywhere wondering why I was fishing out there.    No Tarpon or Permit were caught today. 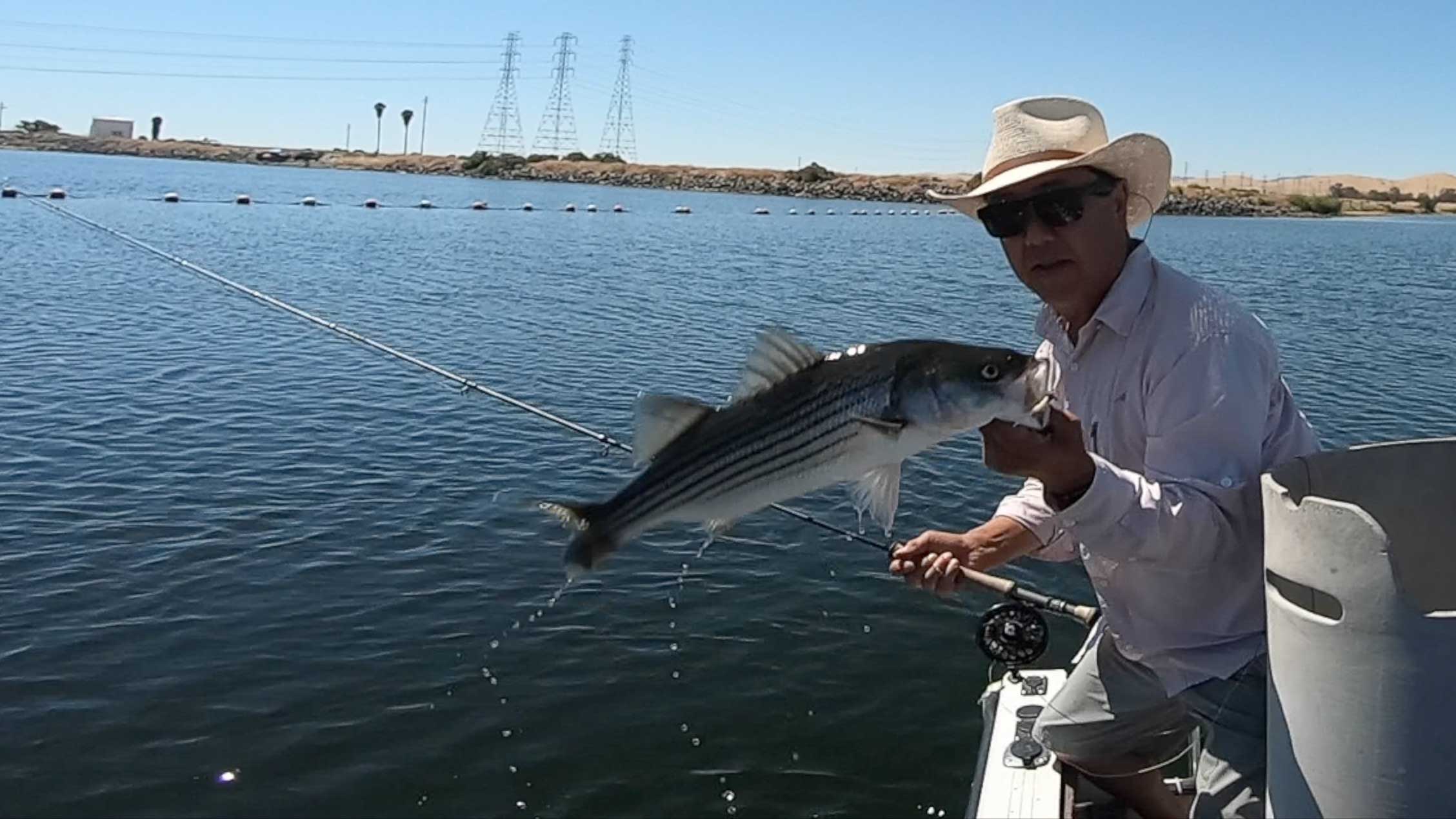 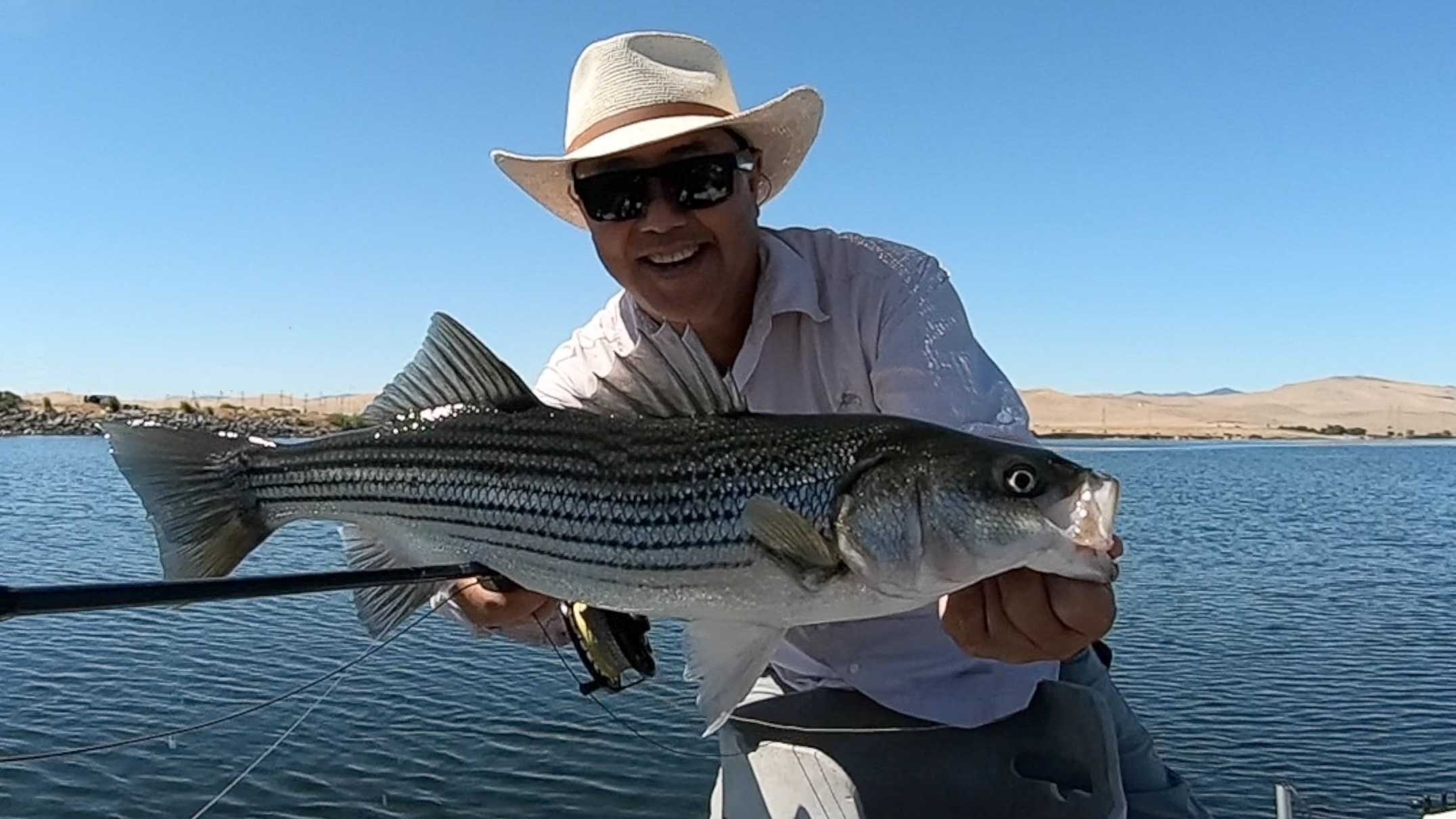 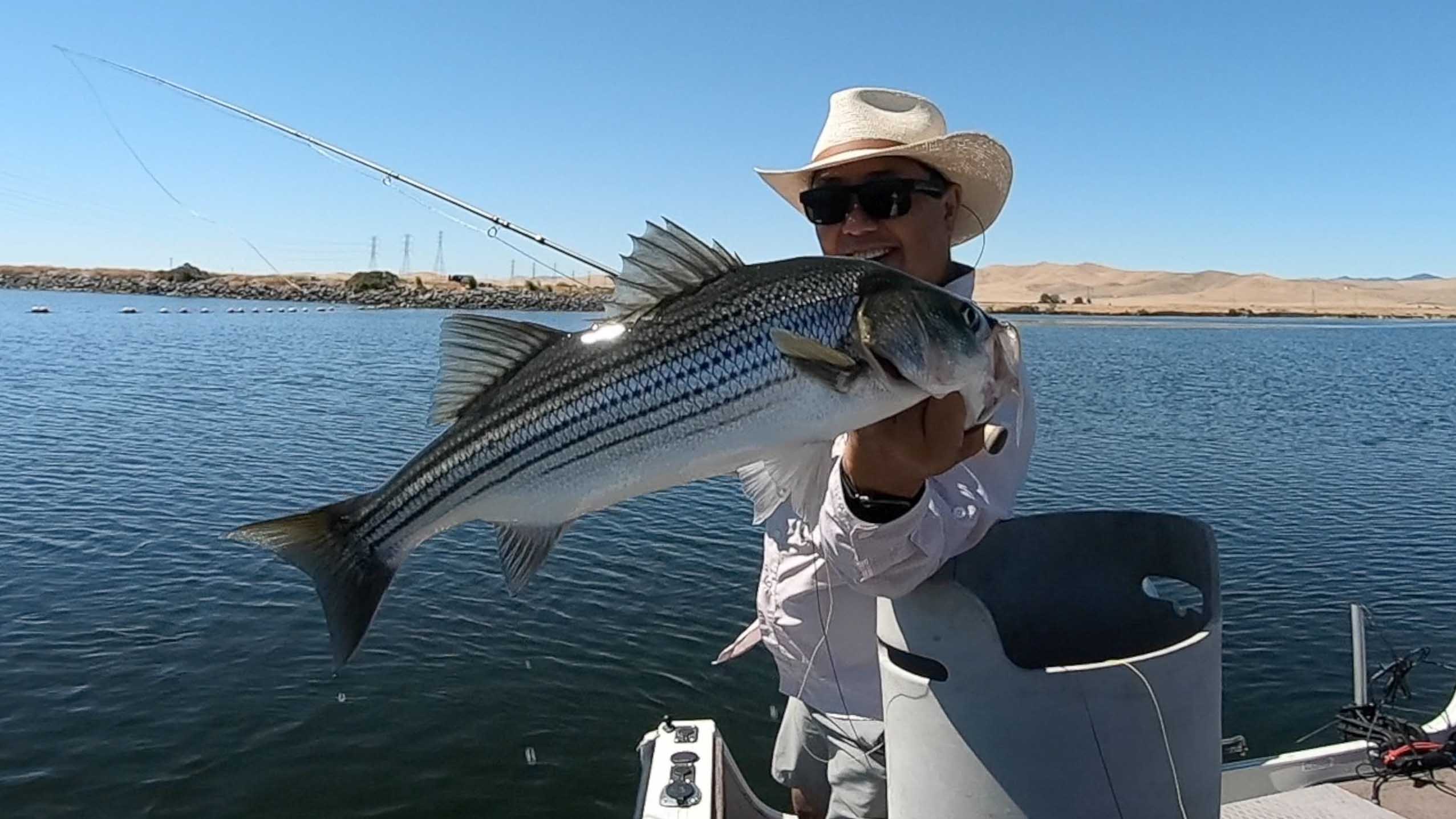 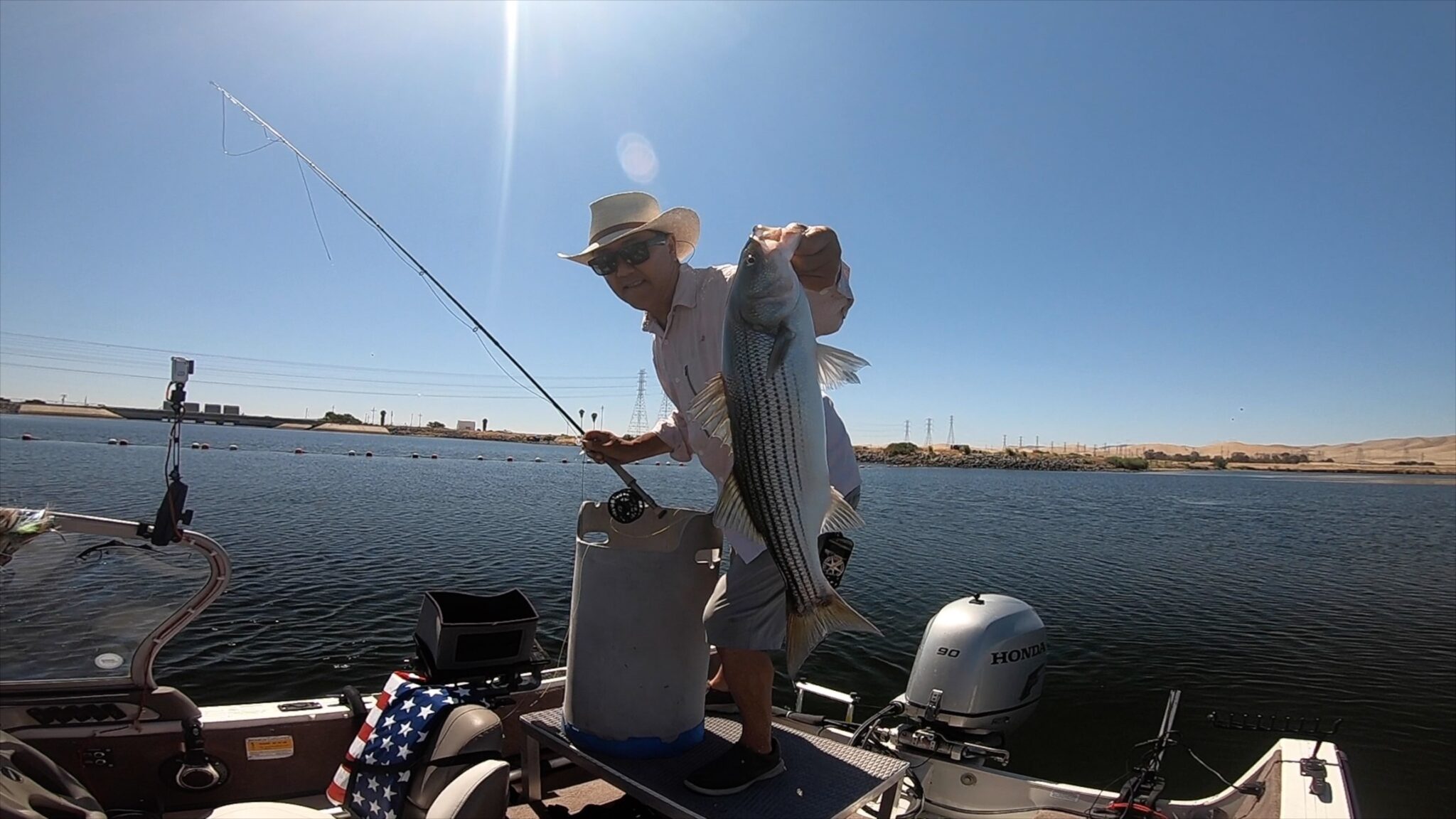 I got a Flat Tire on my Trailer on the way home.   I think it was a nail or boat and I kind of felt like the tire had a different vibrational frequency that normal.   I stared at it in the mirror for half an hour before it blew.    Luckily I was able to pull over safely on the Left side of 152 near Gilroy.  Luckily I carry a  couple jacks, a compressor and pneumatic tools and torque wrenches in the truck.   My spare had to be filled with air.   Between the dead sonar and the flat tire,   today was not a lucky day for me but a couple fish today made it worthwhile. 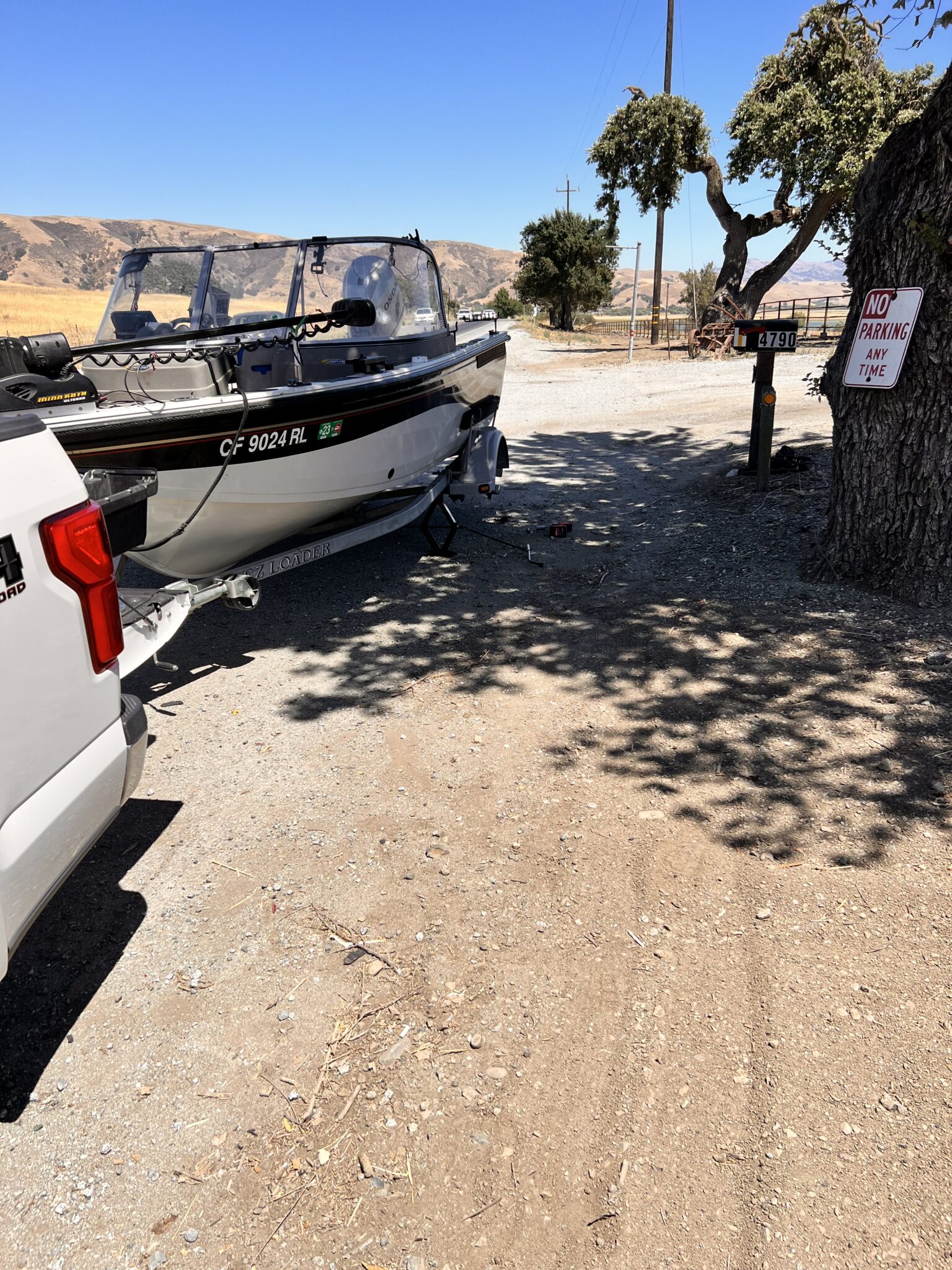 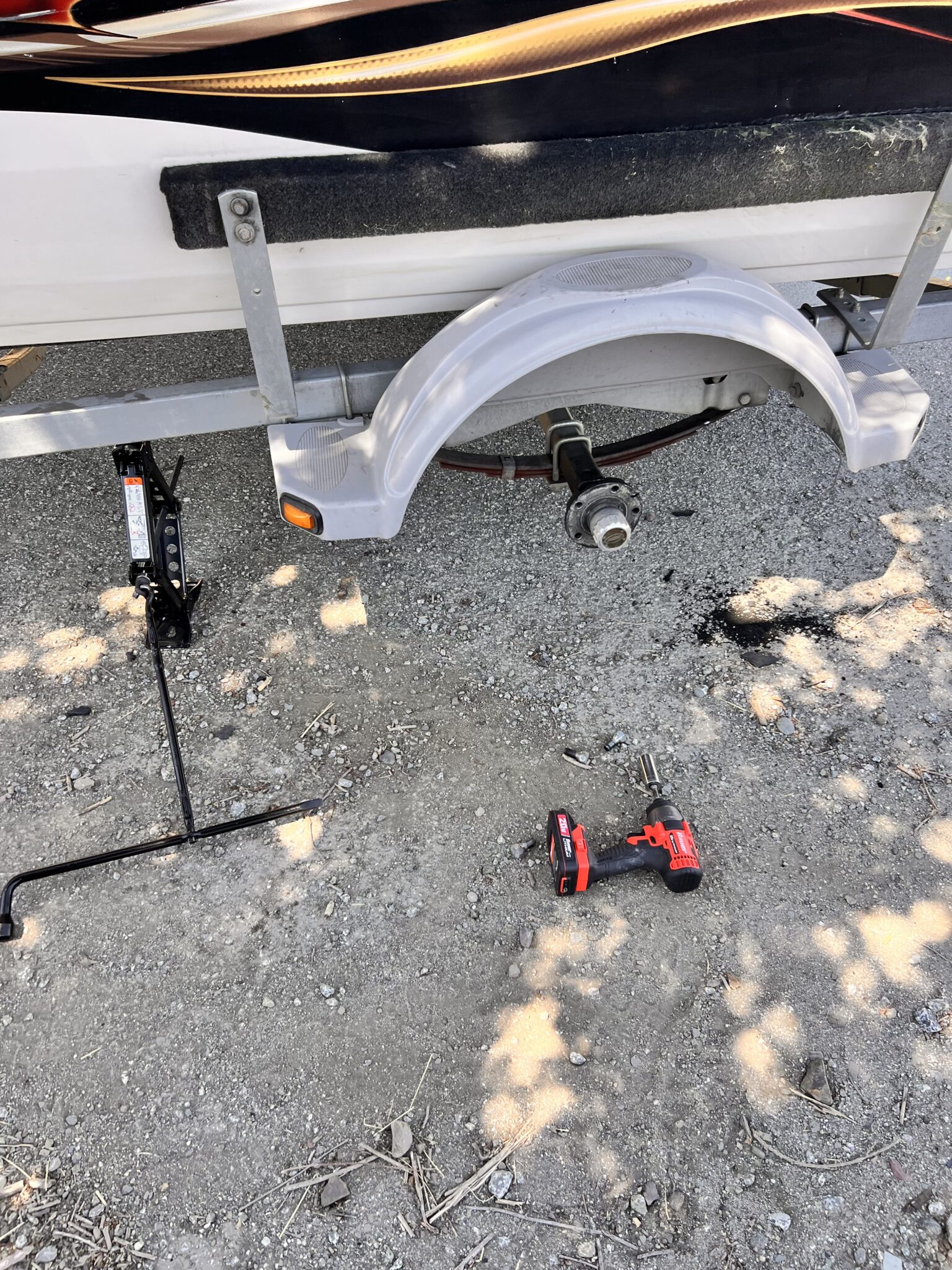 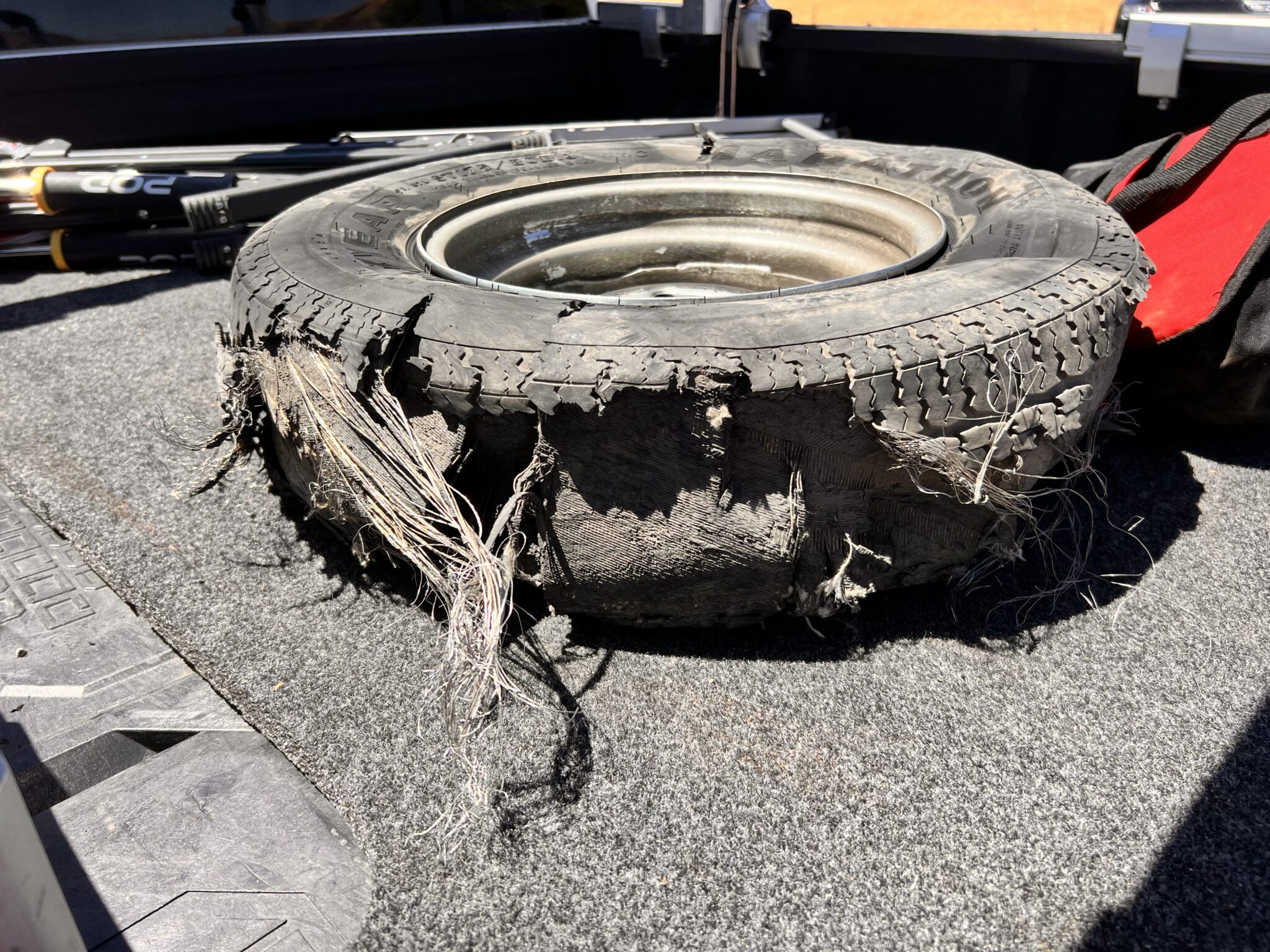 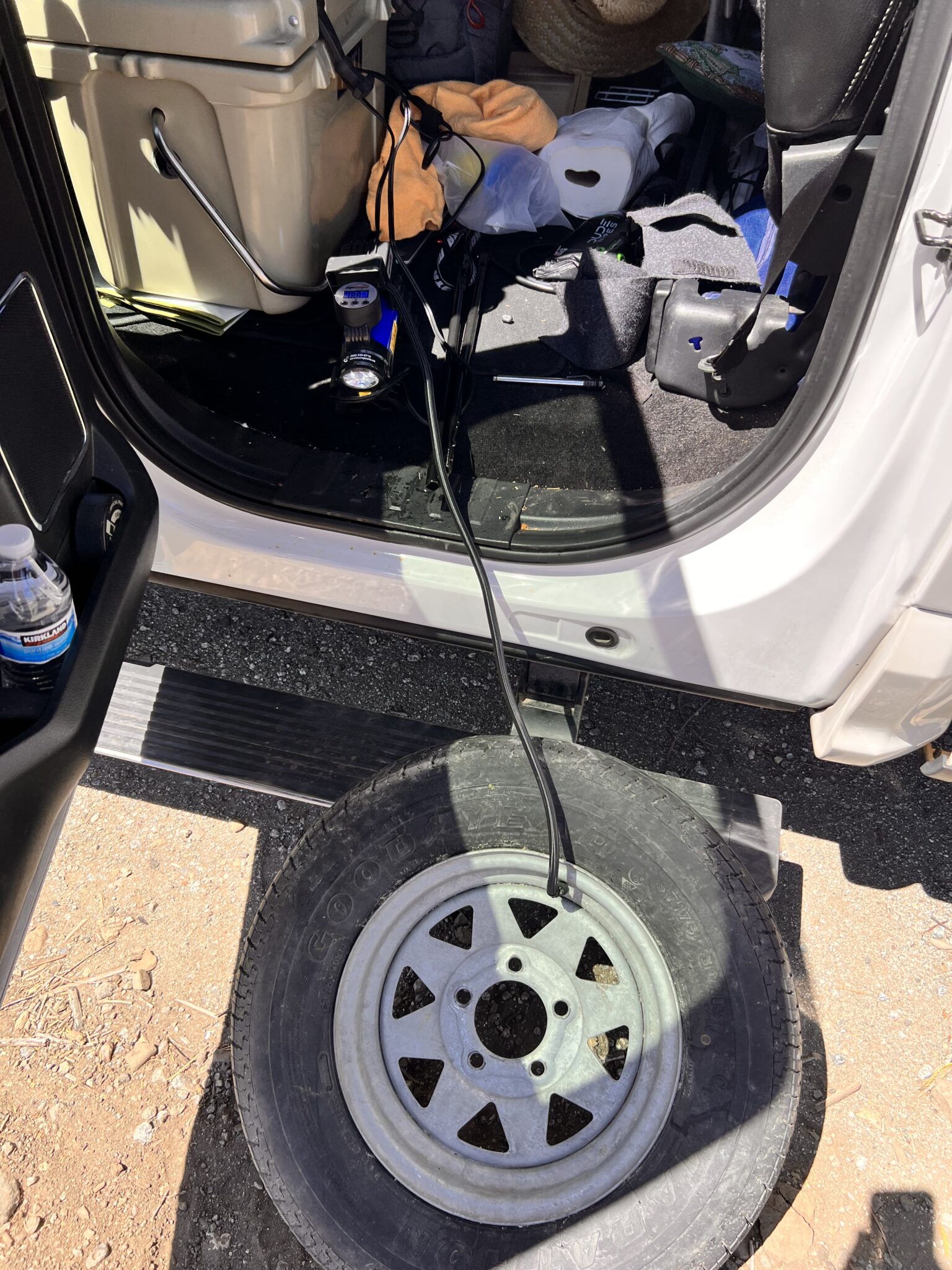 2 thoughts on “Summer Striper Slow Down”