Friday Jan 8, 2022   It’s always my hope when I set out to fish the lake or forebay to have a unique experience.  This morning,  I left the house not that optimistic that the day would be good.  As I pulled up to the Dinosaur Point ramp,  I could see the whitecaps in the bay and the flags were straight out.  It took me a couple minutes to convince myself to go to the racks and give it a try. I launched the boat and made the bumpy trip across the lake to the racks.   There was only one other boat at the racks and they were not catching fish even on bait and jigs.   I made a pass around the racks with the Panoptix hoping to find one of the pillars with more fish around it than the others and to my suprise, there were very little fish around any of them.     I did scan some schools of shad in the open water behind the the racks and some on the southside.     I decided to try fishing the fly right off the face of the pillars.  Sometimes stripers  will sit right on the wall and ambush bait against the wall .   I also think the concrete contrasts the bait so they are easier to see.   I picked up 4 fish from 8-Noon and decided to give the forebay a try.

Steph had sent me a facebook post of a guy who “Fllycored” 20 stripers in the forebay last week.   Flycoring is the technique where  you fish a fly with leadcore behind a trolled boat.    It is  very similar to the way I use to fish full sinking lines and white marabou flies 10 years ago.   I use to search for fish that way.    I launched at the Forebay around 12:30 and it was nearly dead calm.   The lake had dropped a couple feet since last week and I decided to fish the weed lines in the 152 trench.   The forebay was also a bit low as well  The weedlines looked primo  but the water level was only about 10 feet at the edge because of the lower water.   I thought I would pick up some fish but I didn’t get a bite.   Next I fished the islands and the flats around them with no luck.  I decided to try the trench next but on my way I spotted nervous water in the deep water near the islands.   It turned out to be schools of Stripers on the surface feeding on something.  There were no wild splashing as with minnows.   More like feeding on Damsels or midges.   Initially I thought they might be American Shad but casting a 4 inch clouser into the schools,  i got lots of short bites.    A bunch finally followed my clouser to the boat and I could see they were stripers and nice sized ones I might add.

I had a fly I wanted to test that is designed to be fished subsurface and this was the perfect conditions.   It was amazing to see multiple schools of 100s of fish on the surface.   I spent two hours chasing the schools and getting looks and grabs.  I know I could have cleaned up on numbers if I used a small light suspending fly but the fish were hitting the closures very lightly and they were hard to hook.    Even the Surface fly had to be fished over lots of fish before one would pound it. From my casting platform,  I could watch fish under the fly following it and slashing at it without committing.  What a fun day.   The water temp was 63.8 degrees and the Stripers appeared to be spawning.   The wind picked up around 2:30 and all the schools went down.      I left after fishing blind for an hour without a bite. 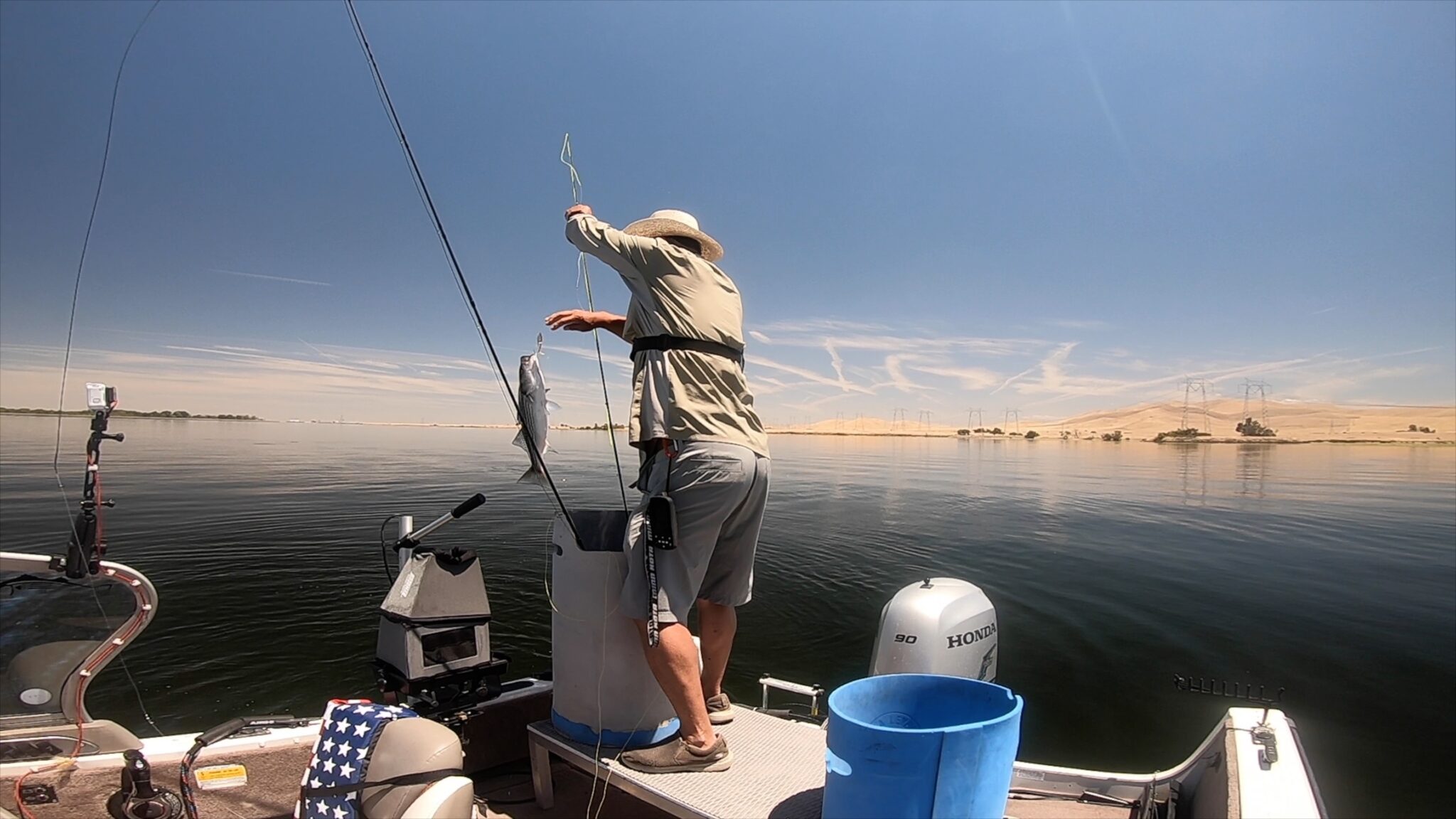 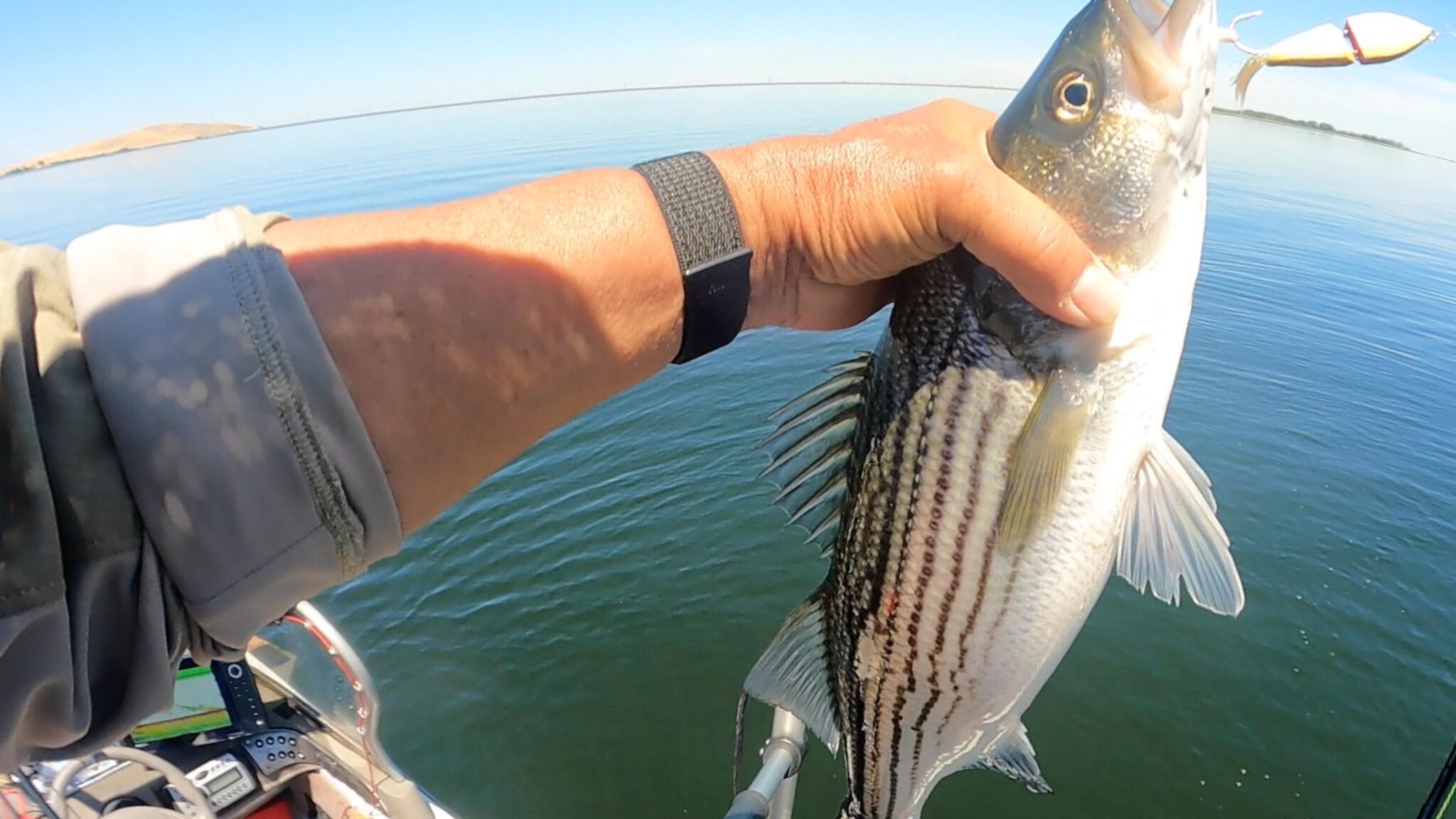 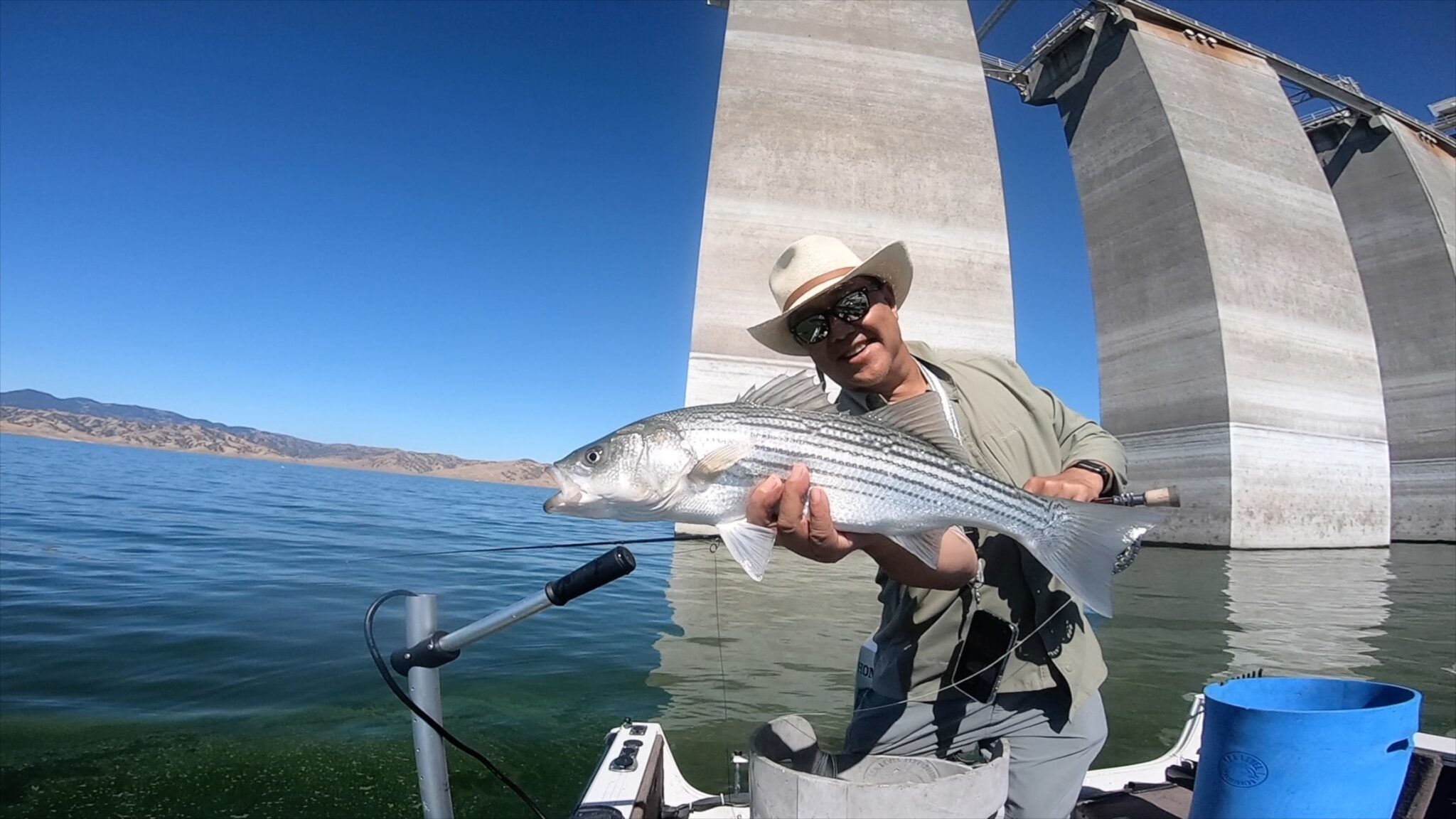