Sunday November 6, 2022.   It’s always a bad sign when good fisherman are calling it a day when you are launching.    So was the case today  this first weekend in November.  On top of that was some not so good reports from the week as well.    I felt like even if it was really slow,   I could find those fish somewhere with the sonar and catch  at least a couple.     The wind was already blowing whitecaps across the forebay at 9:00am.  My strategy was to start looking in the deep water right away and use the wind to drift 200 ft  wide sonar paths across the lake with the Humingbird 360 hoping to find some big schools.    The wind drift was almost too fast and I had to take the casting platform down because of the chop.    The yellow light small craft warnings was lit all day.  By noon ,  there were only three boats on the water as most had given up.   The wind on the forebay can be relentless and cold in the fall.    I didn’t want to give up and was hoping for a last hour hail mary like last week.    Sometimes everything happens in the last hour.   In fact as I was leaving at 5,  I saw two float tubers on there way in to launch for the twilight hour.  Last month it was on fire.     I didn’t get a bite fishing the drift all morning even though I did spot a couple small schools of fish.   They were moving pretty fast and It was hard to position the boat to get a good cast over the fish at depth.   The fish were mainly on the bottom today and  T14s were the ticket.

Fishing in the wind is challenging.   The trick is to position your boat 90 degrees to the school or directly upwind from the school an use the spot lock on the trolling motor.    That seems easy to do in calm water,  but when its blowing 10 mph. my trolling motor spot lock is on 10 just to keep me in casting position to school.  Sometimes it  takes luck to get in a good position and hold over a school.    Sometimes its easier to just drift over the school,  catch a couple fish and then motor upwind and do it again.

As the wind began to build in the afternoon,  I decided to head  for the windward shore to get out of the whitecaps and just look around the shallow fats.   As I got into 11 feet of water,  I started seeing large schools of stripers holding in the depressions.   It looks like the weeds are starting to die down but they are still big beds of them along the bottom .  The fish seemed to congregate around them .   Probably the bait is using the the weeds for cover.   The schools I was able to find in the flats were aggressive  and eating.   I used a small  suspending fly  made of craft fur the whole day with success,   I ended up catching over 20 fish 18-22 inches.    Fish this time of year just seem to pull harder. 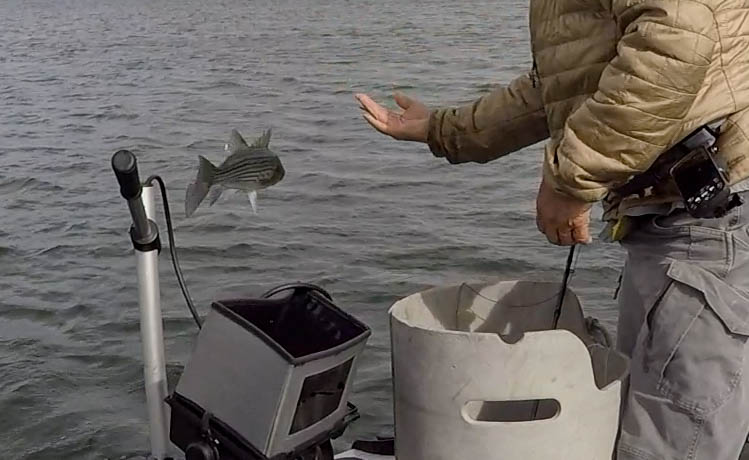 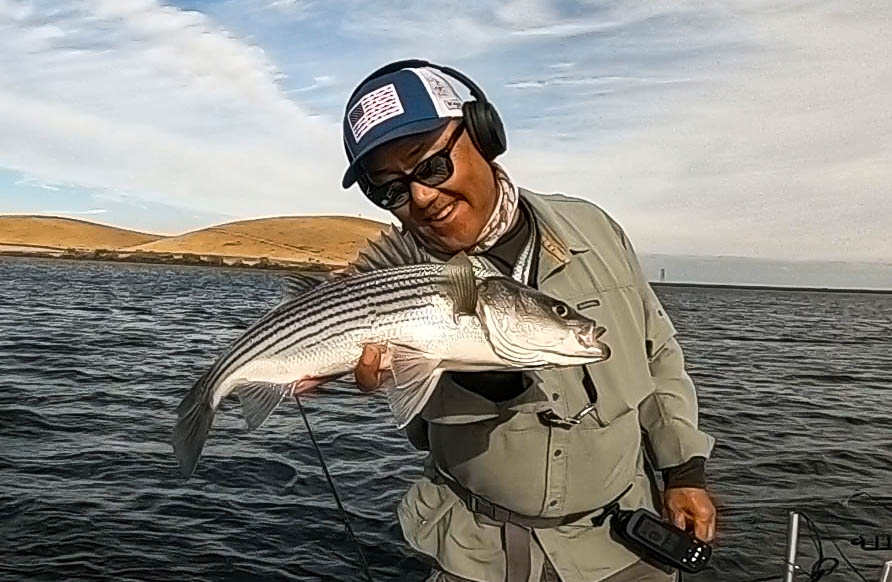 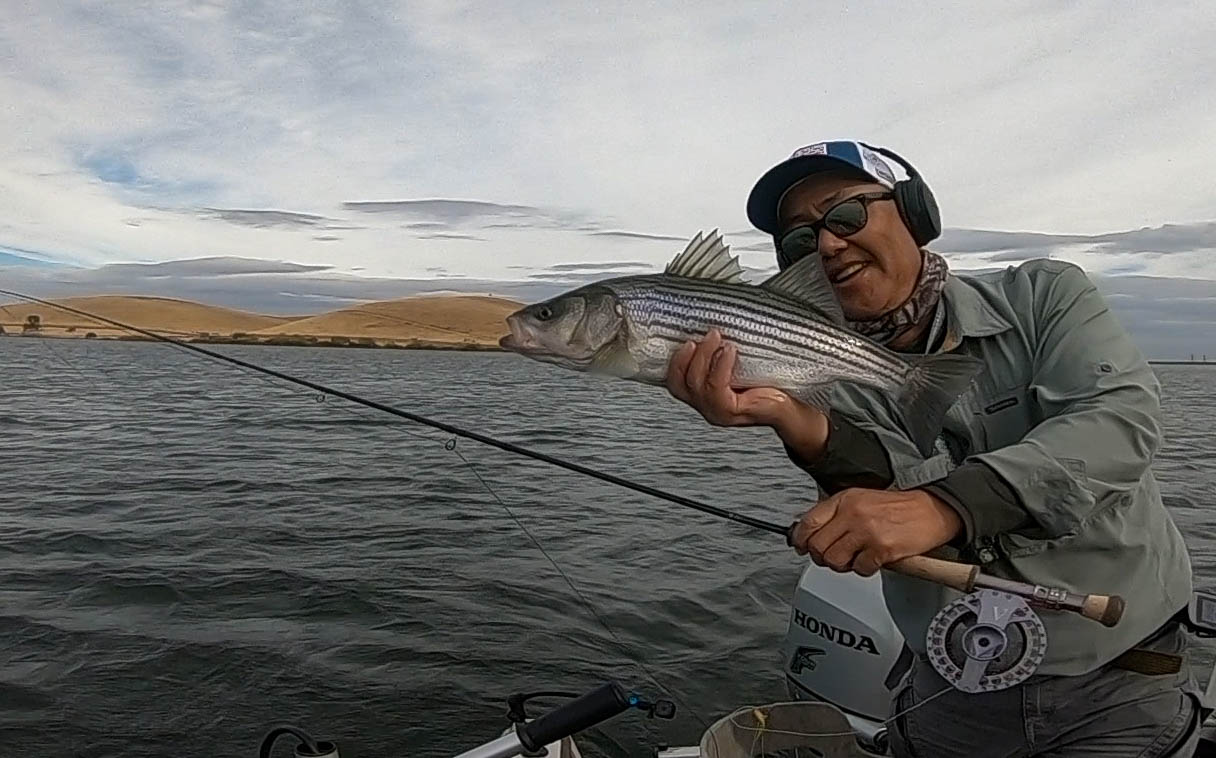 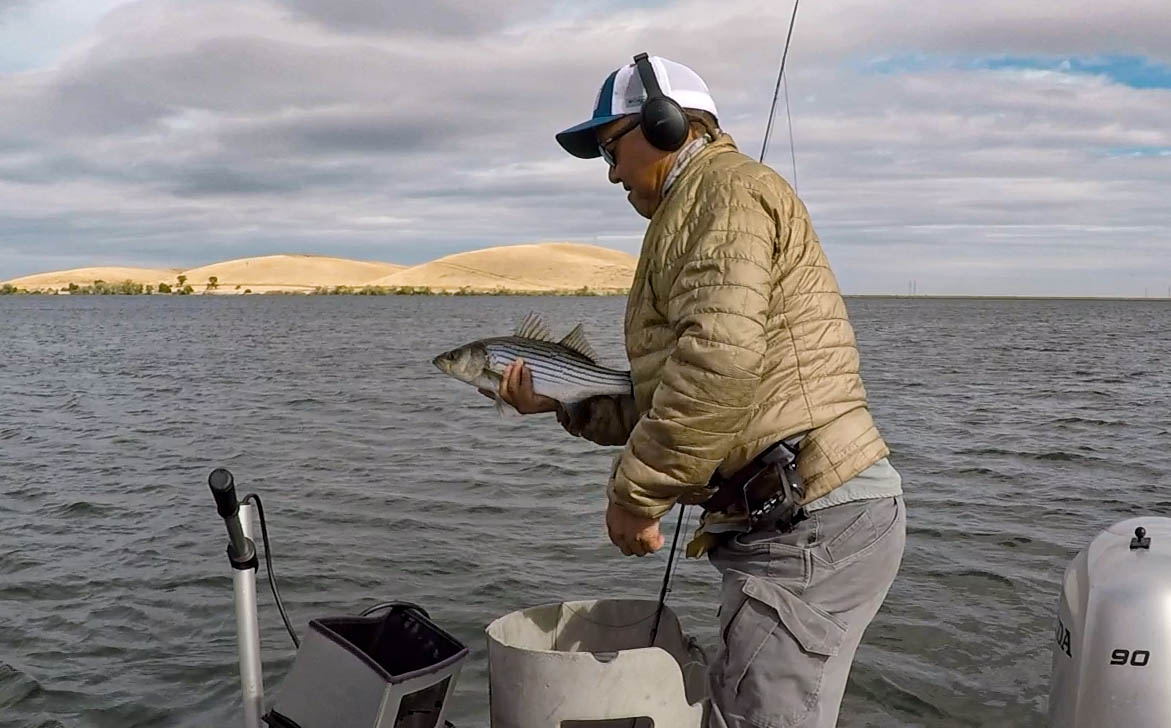 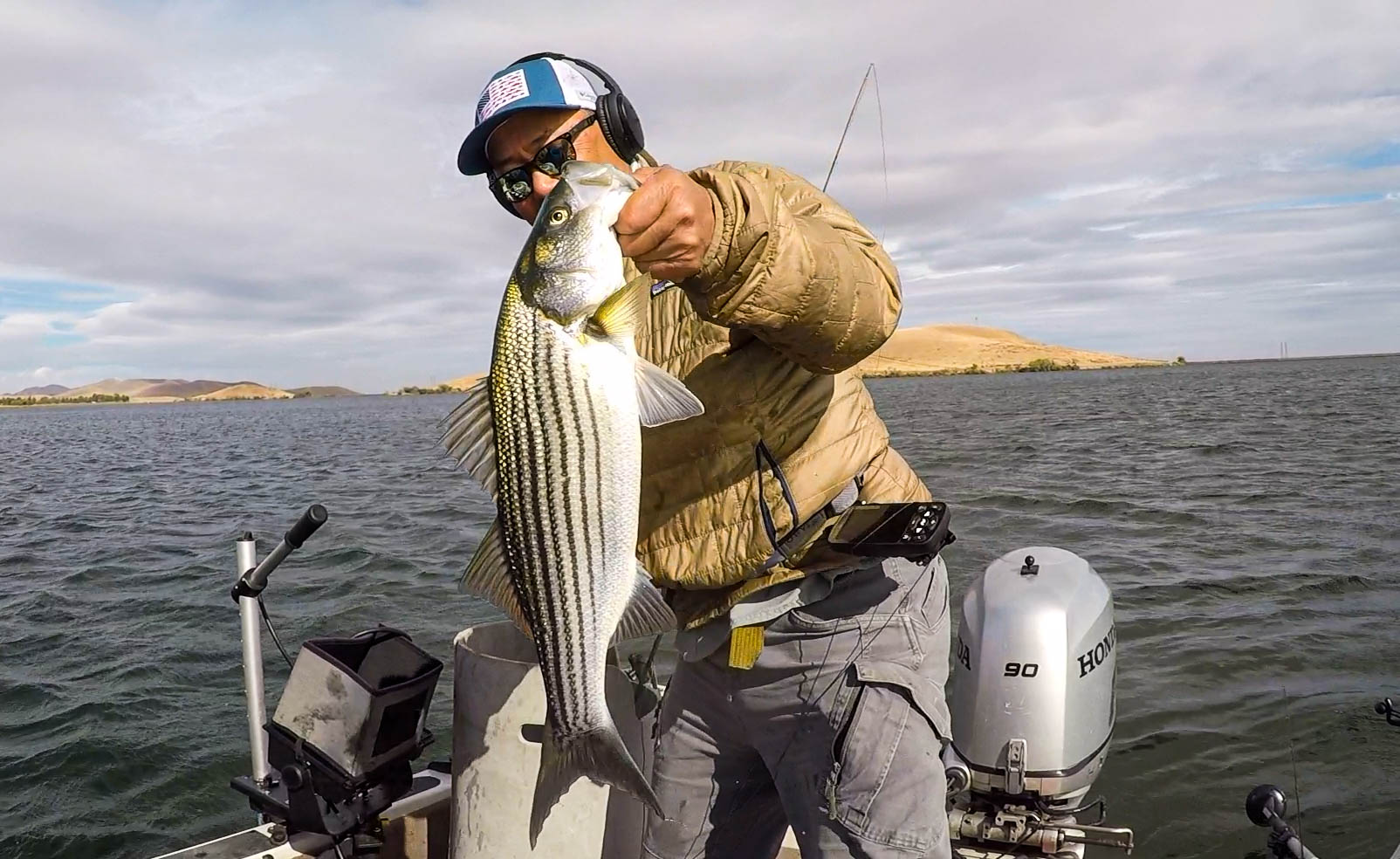 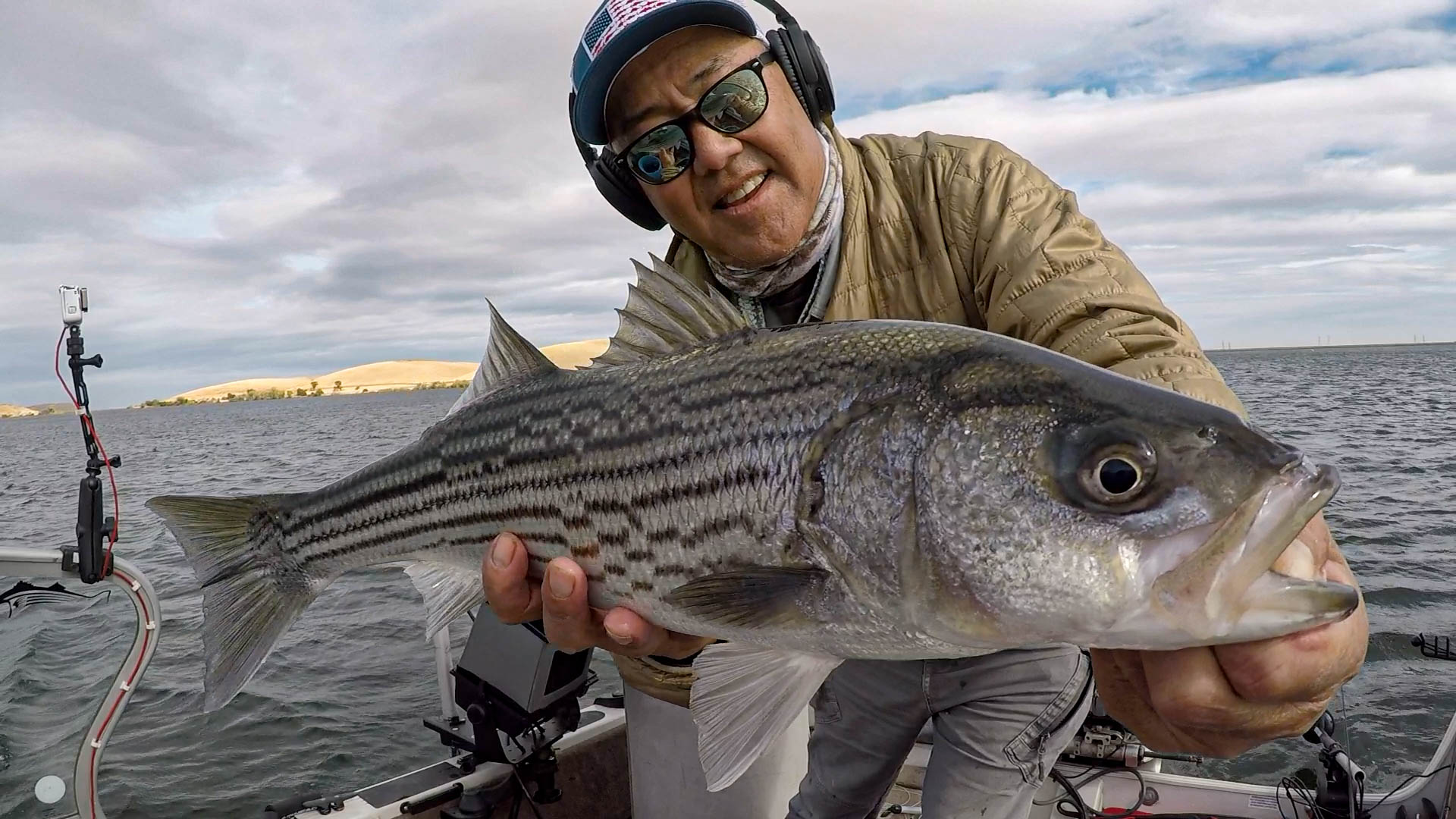 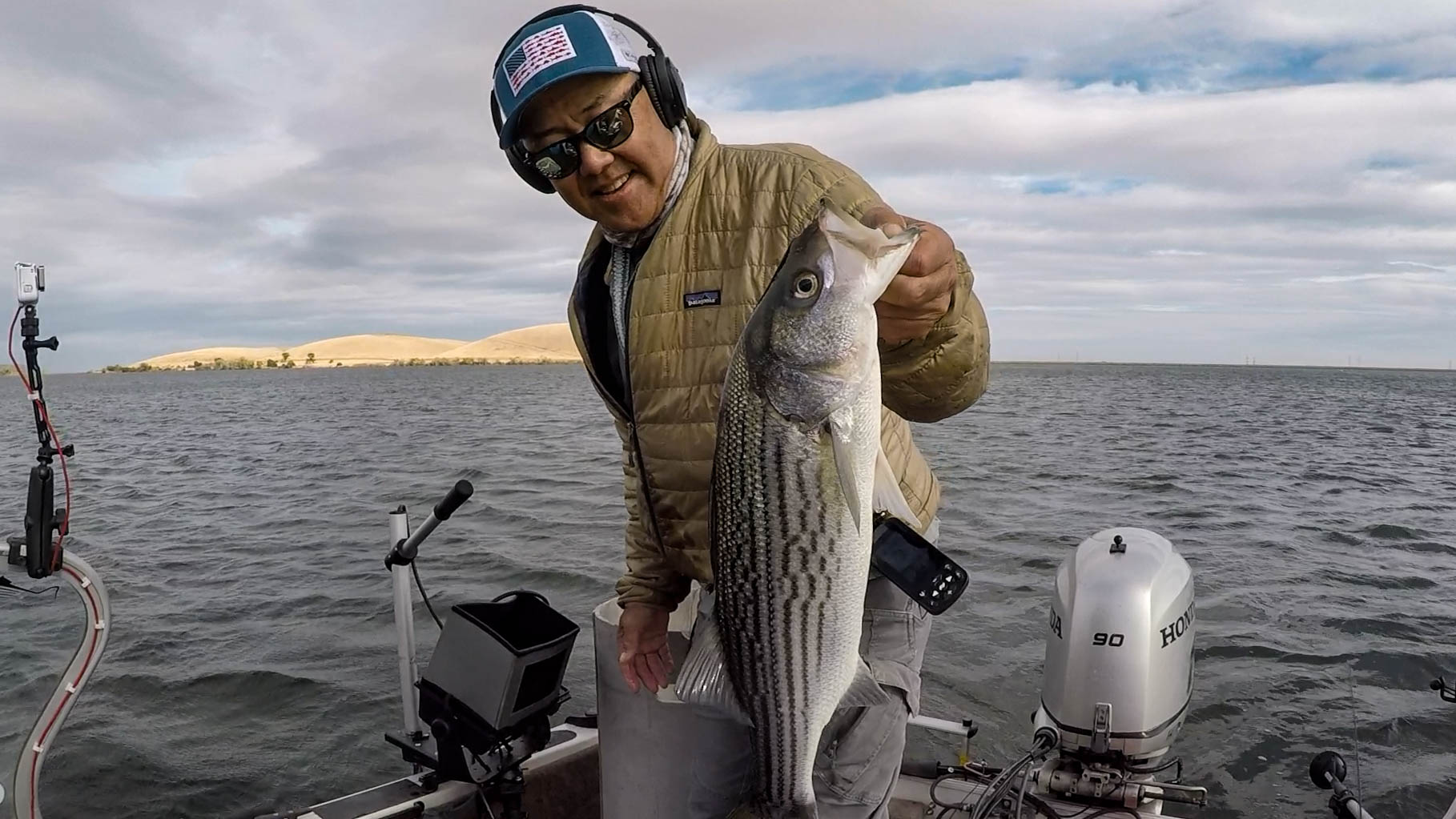 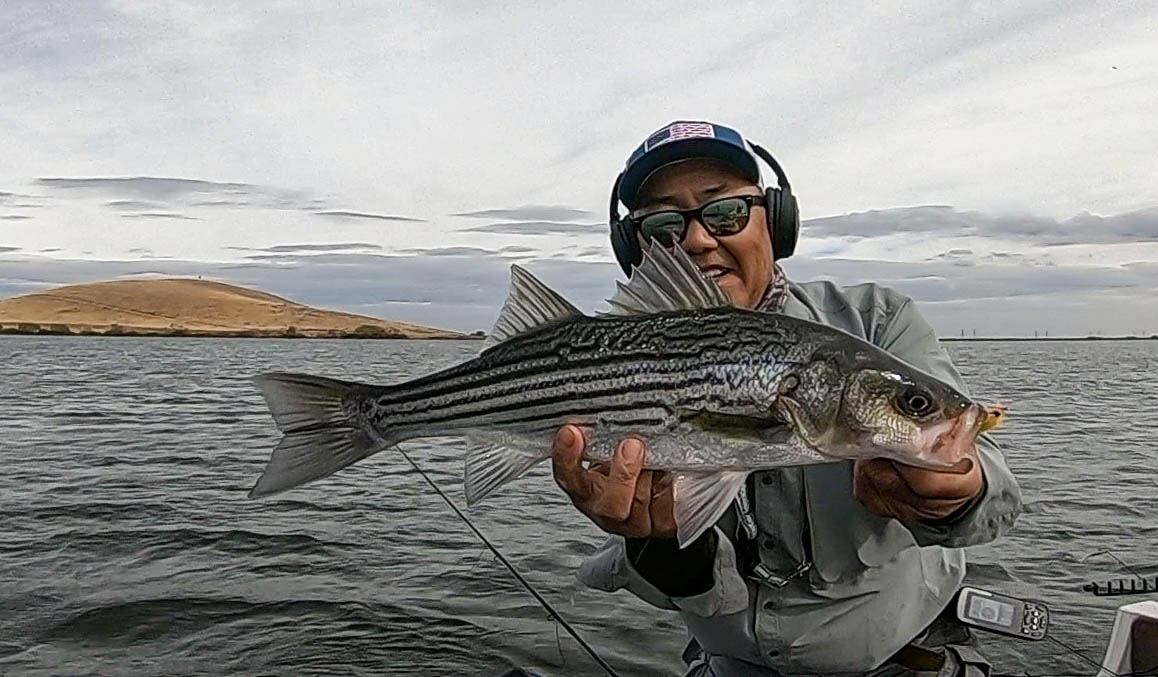 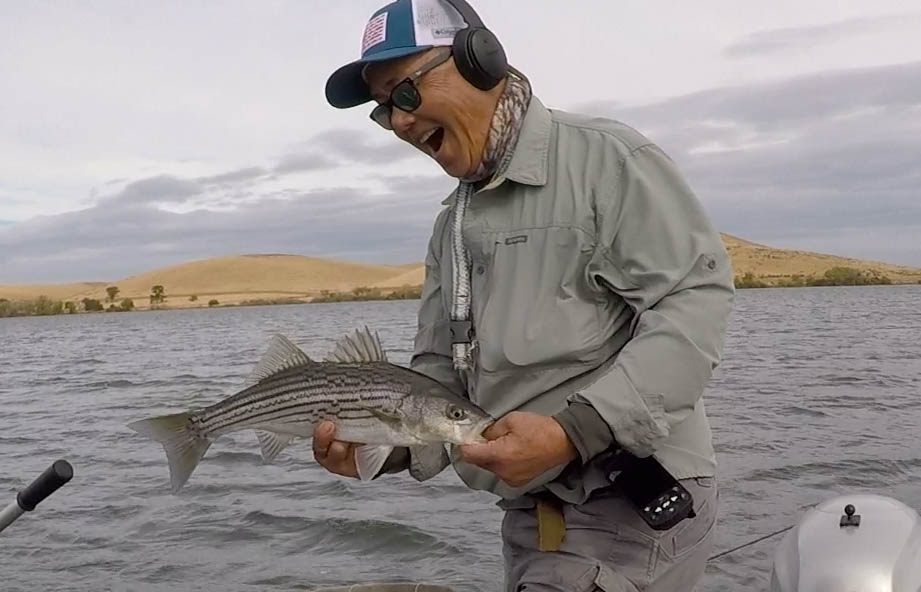 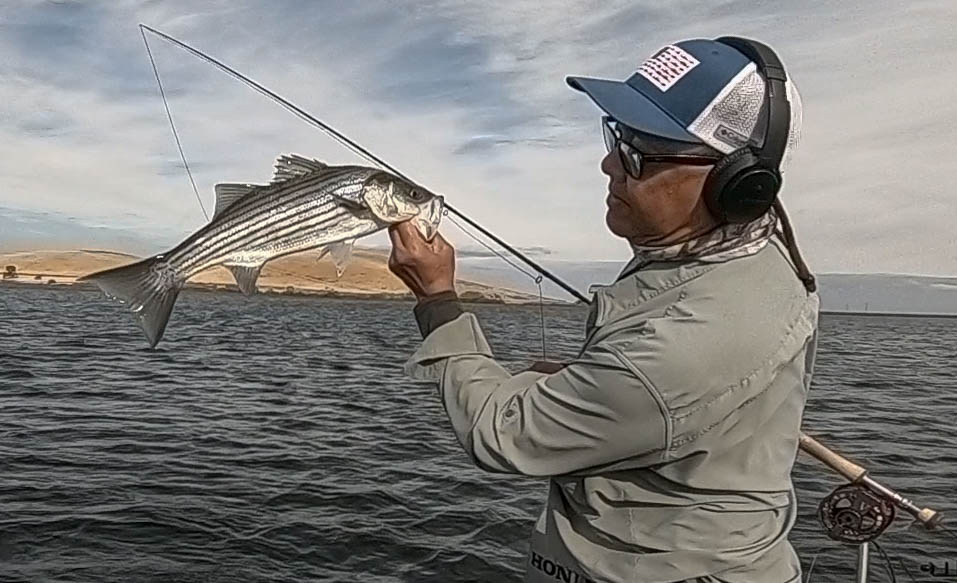 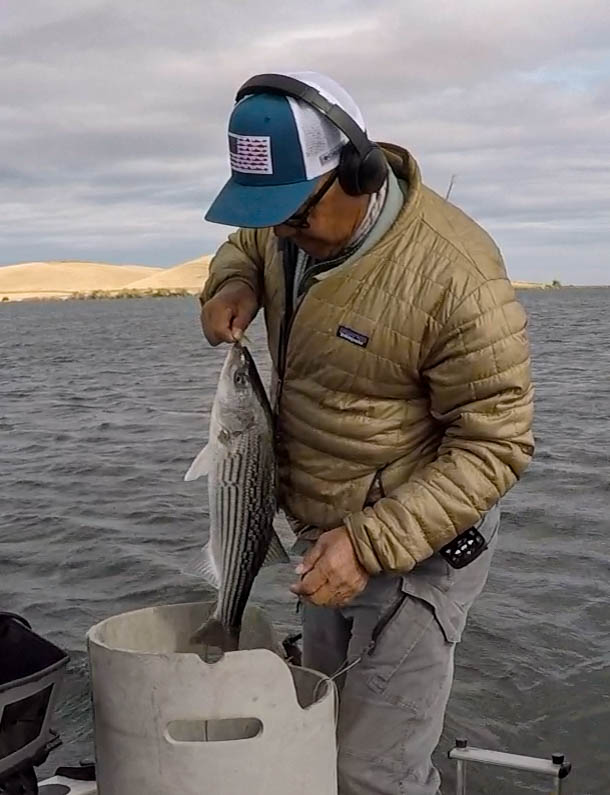