Saturday November 19, 2022 –  After over 40 years of practicing Dentistry I’ve realized that to be at the top of your game,  you need to constantly learn what’s new and surround yourself with excellent people.  A good friend told me that you are only as good as your top 5 advisors when it comes to finance.   So true about life and fishing. Last week fishing with Ken Oda,  I had a chance to be around one of those guys that is a “top 5” in my book.   I fish alone most of the time because if gives me time to reset and introspect.  Fishing with two panoptix scanners last week started me thinking about what I am actually seeing in perspective mode.  Also, with Ken having more success than I with the only difference being the lines,  I started to realize that there was a correlation between the rate of sink ,  how aggressive the fish were and what I was aiming for on the Panoptix.    There are subtle but sometimes significant fishing differences between  Rio Outbound short lines , specifically between Rio Outbound short tapered shooting heads on mono or braid running line,  and  24-28  feet of level “T”  shooting head with mono shooting lline.   When you think of it in terms of where the fly is in the entire retrieve,  flies of the same wgt  on the same length leader, and same countdown  on these two fly lines  return to the boat in different planes.

Garmin also came out with some firmware revisions for the Panoptix that gives you a clearer image further out in perspective mode making my small visible during the retrieve at up to 80 feet out.   I think the ideal range for the panoptix is your maximum cast.      Nothing is more frustrating that seeing a huge school of fish on the scope swimming away from you just out of reach of your longest cast.   Besides those fish 100 feet out are also likely to be 10-25 feet down  and you need to lead them by as many seconds as it takes for your line an and fly  to reach their depth.  With some tweaks to the Color Gain and Overall Gain,  I was able to tune the Panoptix  settings to better  see the fly on the retrieve.  Yesterday,  I noticed that if the fly didn’t pass within 3 feet of a school of fish,  it was often ignored.   That’s not the case when the water is warmer.   Fish will rush the fly from 10 feet away on the vibration alone sometimes and on those days,  any line and any fly stripped as fast as you want will work fine.  Because the Stripers seemed very sluggish and spooky,  I fished without a pulse disc.   The game for me yesterday was to accurately place a slow moving fly to  stationary schools of fish at 30-40 feet away from the boat.     To get the fly on the fish,  I would cast past the school 30 ft, let the fly sink for 10 seconds and then  strip the fly till it was visible on the Panoptix and put it right in front of the fish .   In warmer weather,  fish behave differently when the fly approaches.  They compete for the fly if it is within 10 feet.  But yesterday,  the schools of fish wouldn’t move to the fly.  Occasionally one fish might come out of the school and follow.   Most of the time just leaving the fly still in or near the school would result in a lazy eat from a striper.     Of the over 30 stripers I hooked,  all were sight fished with the panoptix.    Most fish were hooked after putting a fly in the middle of a school and micro stripping it.  A few time a single fish would slowly line up behind the fly and I would tease it into hitting the fly by stripping it away.   A few time in the shallower water,  I could see a fish nail the fly like a torpedo coming from far away.   Watching a torpedo fish is like looking for asteroids in the night sky.   You notice something moving out of the ordinary on the scope at your fly.  Very visual.

The key to finding fish yesterday was fishing along drop offs near flats and looking for channels and structures.    I think the fish are staging in the shallows at night and in the morning  they hang around the drop-offs  before heading out to deeper water in the afternoon.   The structure of the weed beds that are dying off and the drop-off probably attracts bait as well.  Structure sonar is key in finding schools of fish and they definitely move in relationships to shallow water structure.    I also think that the structure holds the fish in position to get a good cast to them  vs chasing them when they are moving in deep water .   In the afternoon,   I searched the deep water (18-21ft)  and found schools of stripers around old tires and round depressions on the bottom.  My gut feeling is that without sonar  I would have caught about a dozen fish blind casting schools till they moved.   This is typical cold water behavior  for stripers as well,  Fish aren’t moving as aggressively to the fly and it means longer pauses and slower shorter strips.   after 50 years of fishing the forebay,  I’m still trying to learn more about it with each trip.

What am I tweaking on the water the most 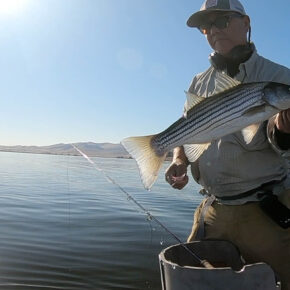 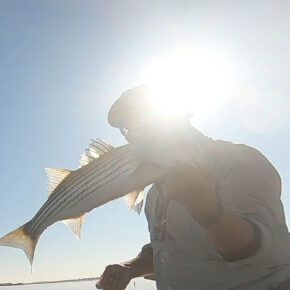 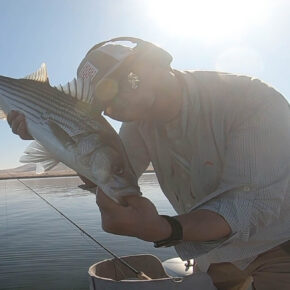 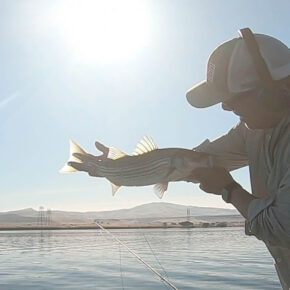 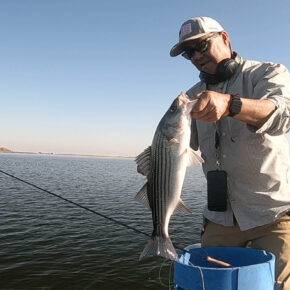 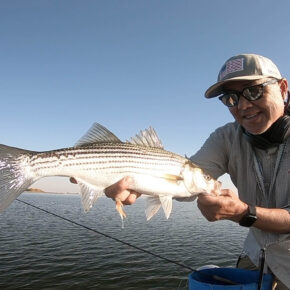 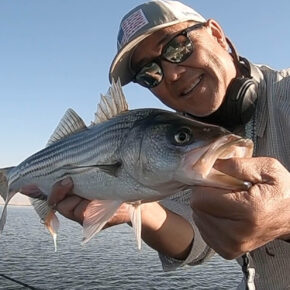 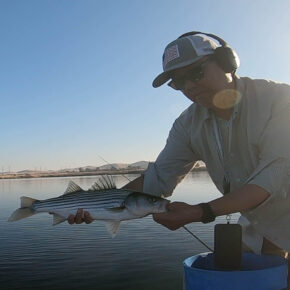 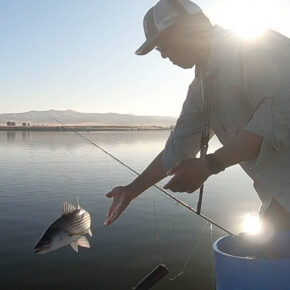 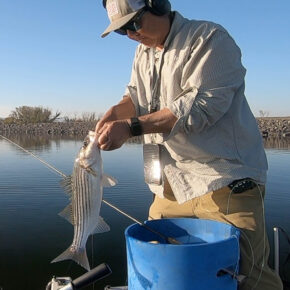 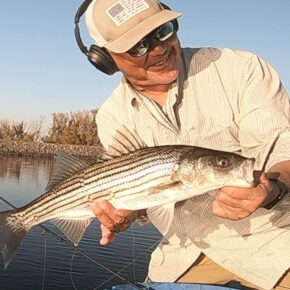 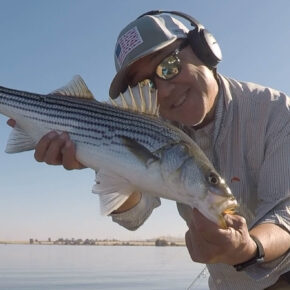 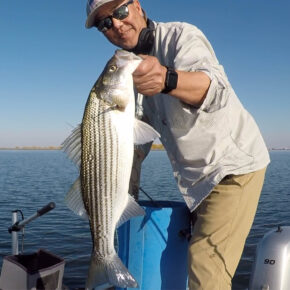 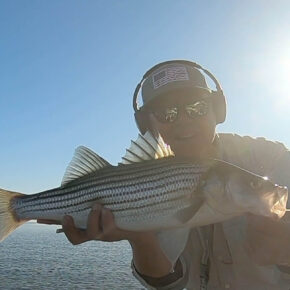 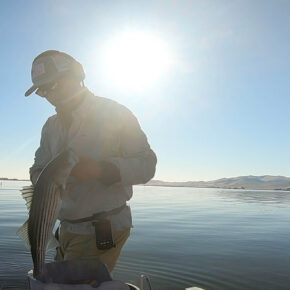 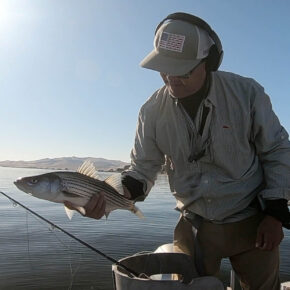 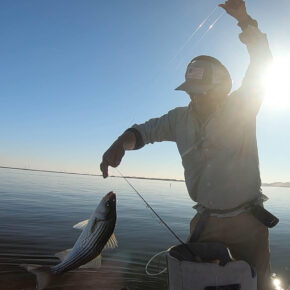 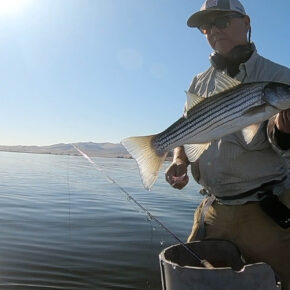 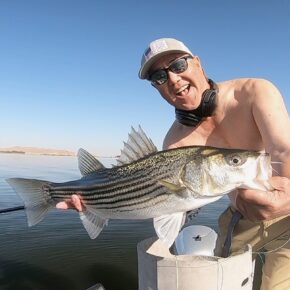