November 25, 2022. Black Friday – I had the honor and pleasure of fishing with one of the legends of flyfishing.  I have considered Dan my friend  for many years now.  since my teenage days at the Millpond Fly shop in Los Gatos.   I’m 65 years old now,  and very few of that “Greatest Generation”  of fly fishing innovators are still alive today.  Dan received a call on the lake from Henry Cowen that Dave Whitlock had just passed away pretty suddenly preparing to go flyfishing.  The mood of the day changed as we both remembered Dave.  My best memory of Dave Whitlock was how he thanked me for tying a fly plate of a crawdad that I gave him when I was 15 years old.  Len Bearden and him were very close in the 70s and I was invited to many  BBQs and dinners at the Bearden’s where Dave would be a guest as well.    I was just a kid back then and he inspired me to be a better fly fisherman and made me feel special.   That fly probably sucked too.

Dan is also one of last of the Great Generation that shaped my childhood.    We enjoyed the day talking about all the old mutual friends we have had that are now gone.  We talked about flyfishing in the sunset of our lives and what we  enjoyed the most about the sport we both love.    It was a great day and we caught fish.

When the water gets to be 50 degrees in the forebay,  the fishing can get really slow.    There are still reports of evening top water action.   Mark Won on the lake reported that last Wednesday,  fish were busting all over the lake from 3:30 till dark.  We didn’t see that.    I pretty much fished the same pattern I did last weekend and we found fish in exactly the same places.   I showed Dan how I use the Panoptix scope to cast at sluggish stripers.   Together we managed to catch over 20 fish on what Im sure would have been a minimum wage  day without sonar.    It was  way more productive casting at targets today.  I was pretty impressed with Dan at how he adapted to the use of the Panoptix.

The fish are strong and unusually thick as they were last year at this time.    I think they have gorged on bait that is now beginning to thin out.    The fish were not moving very far to hit the fly today,  but if you put the fly right in front of there nose. they would often follow and hit the fly hard on the pause or slow strip,   We had lots of action right at the boat. 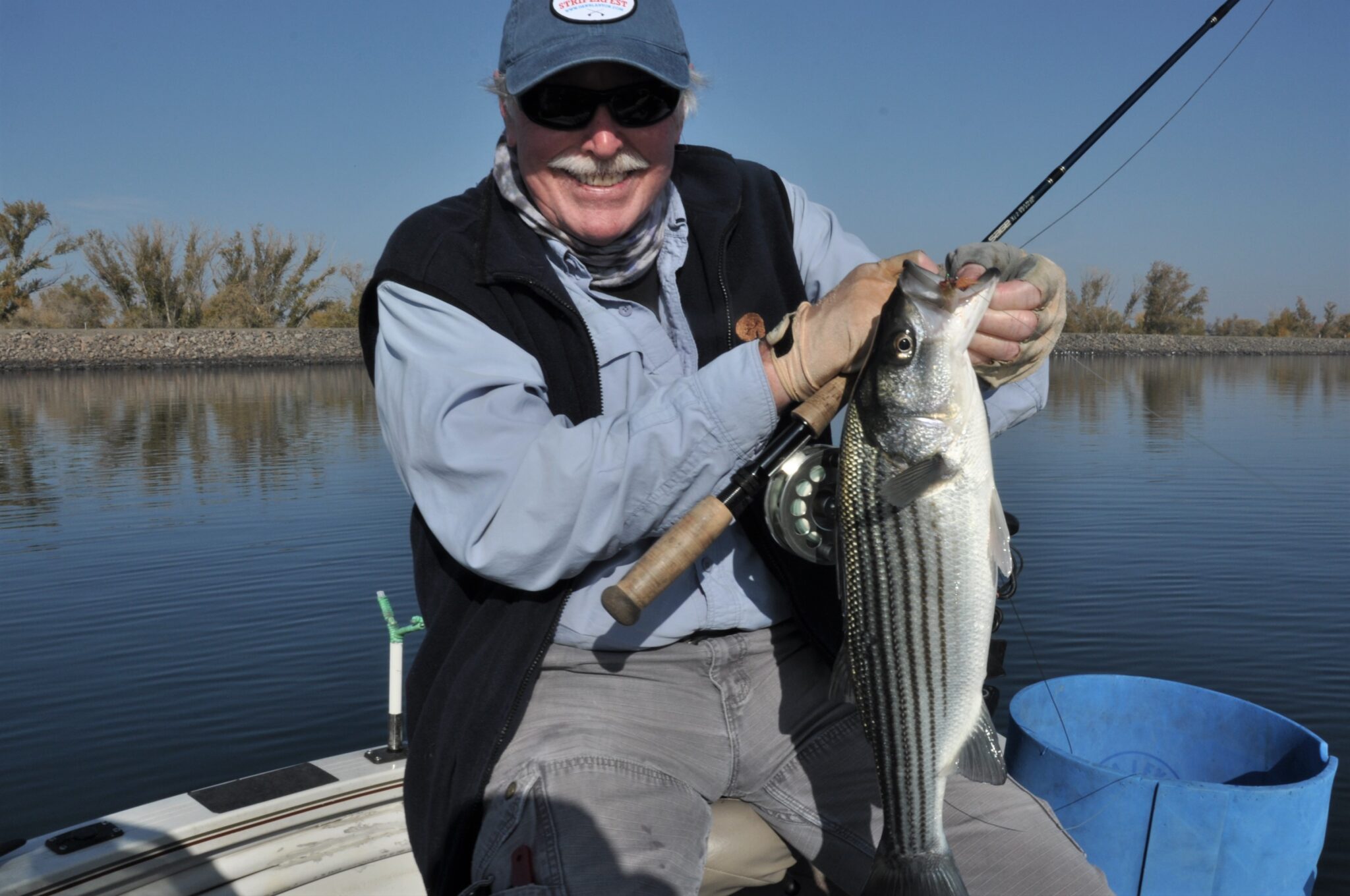 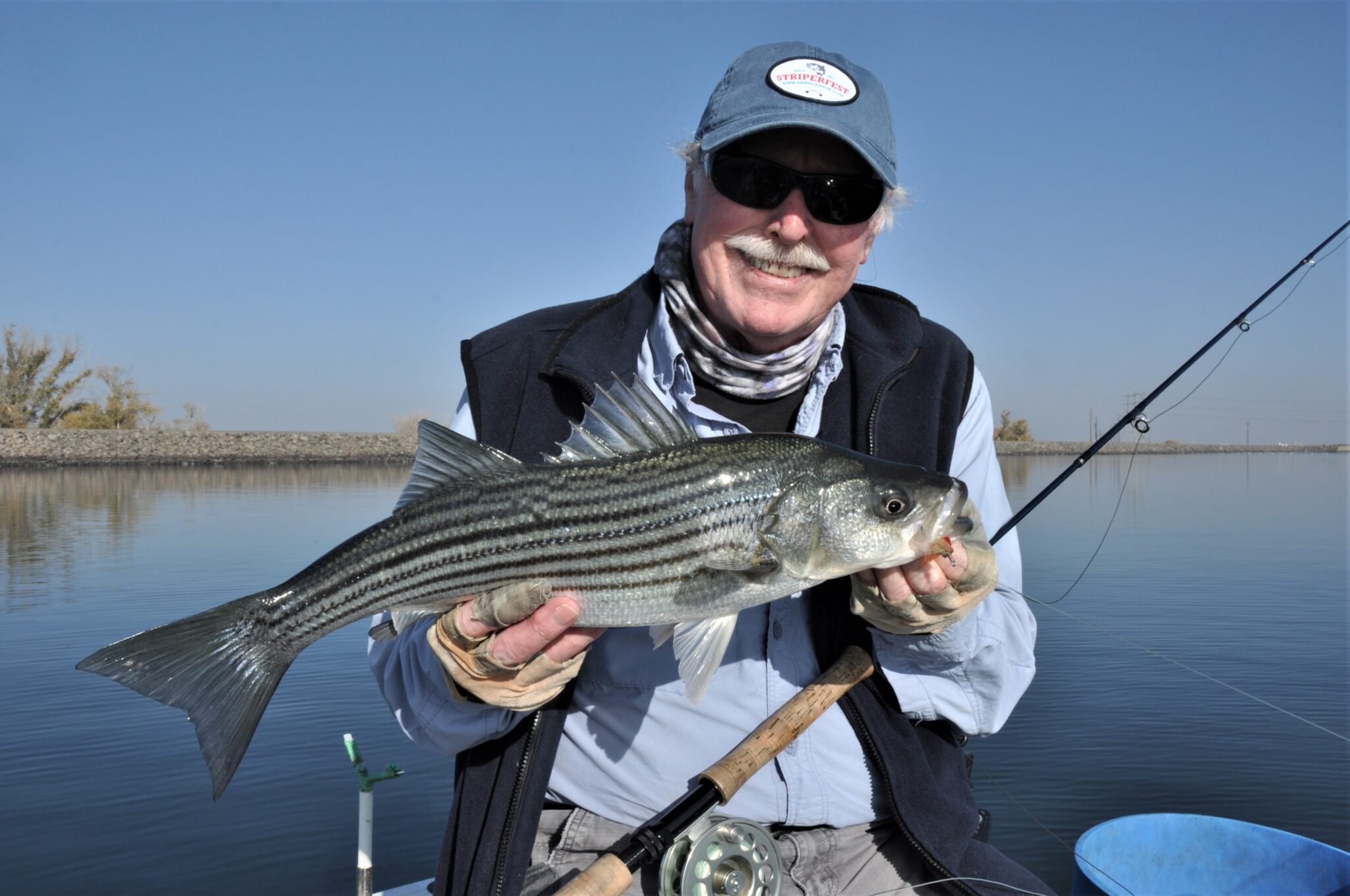 I spent some time when I dropped Dan of at his home touring his fly tying bench and office.   His walls  and bookcases are full of pictures, flies and articles of the Who’s Who of flyfishing over the last 50 years.   I though Wayne and I had more fly gear and fly tying stuff than anyone alive but now I know that’s not the case.  Impressive is his collection of color slides of the worlds best flyfisherman that he has collected as a magazine editor and film photographer –an entire filing cabinet of priceless slides.  I’m convinced that this collection of photographs are priceless to the sport and offered to digitize them into the public domain once I retire and have time to work on this great project.   Dan is still innovating and is casting custom made two handed switch rods at stripers after his shoulder\bicep injury. 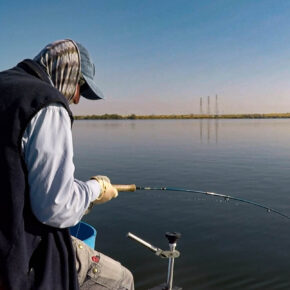 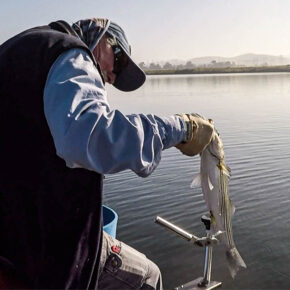 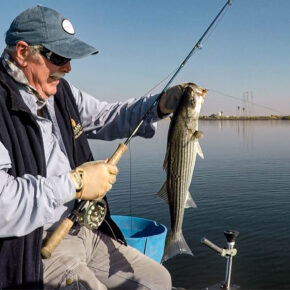 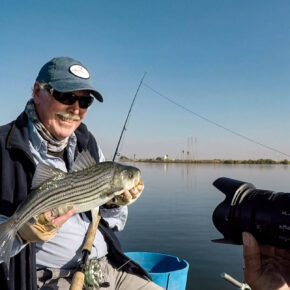 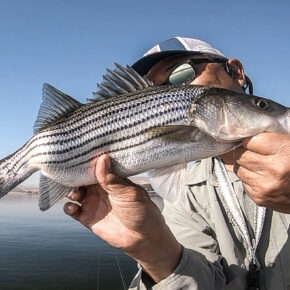 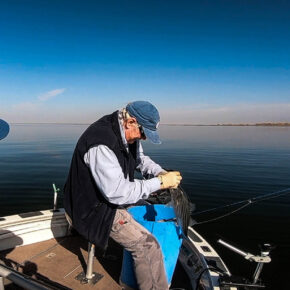 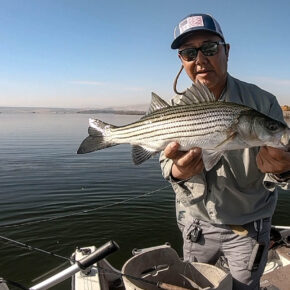 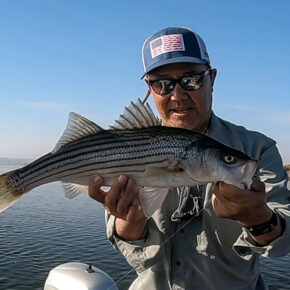 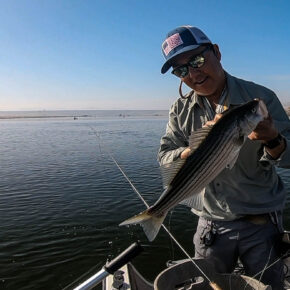 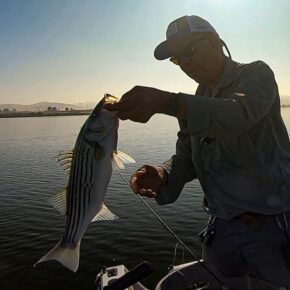 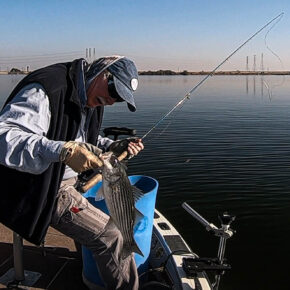 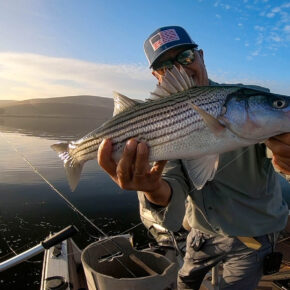 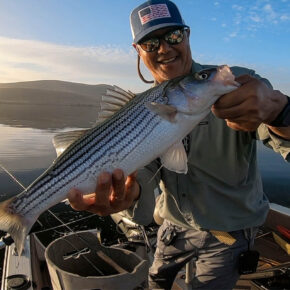 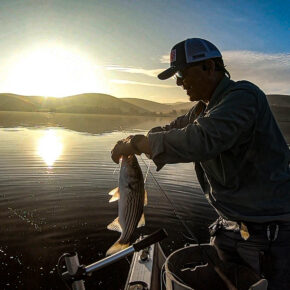 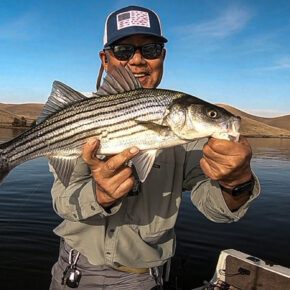 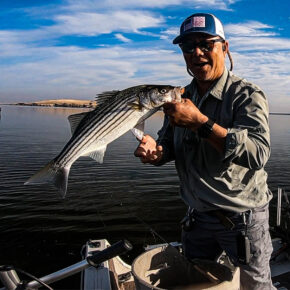 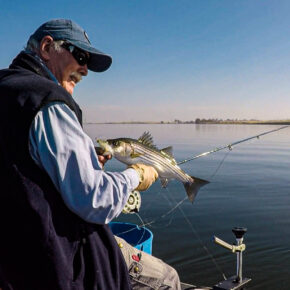