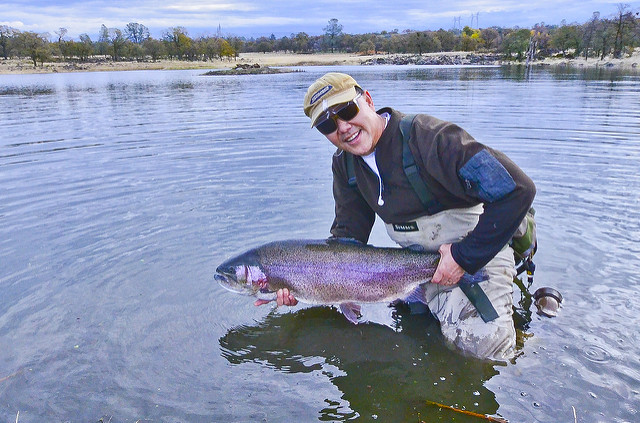 What would you say if you had the opportunity to fish a lake full of gigantic trout that had not seen a fly in over two year?   On December 4th,  my cousin Wayne arranged a trip to Eagle Canyon Trout Ponds near Shingletown in Northern California.  The Ponds are a pay to fish , catch and release fly fishing only destination that has trout from 4 to 23 lbs!   I drove up to Orland the night before and Wayne Syn,  Benson Kanemoto and I rolled up on the pond around 8:00AM.   Also at the ponds were a pair of anglers one of which,  Carl Blackledge,  was there  to write an article for Salmon Trout and Steelheader Magazine.

Most of the fish were larger than 4 lbs.  Benson and Wayne both hooked fish over ten pounds.    Wayne and Benson used a variety of flies and techniques that work equally well.  Copper Jons under indicators, chartreuse Leeches and ‘boobie flies”  I used olive and rust leeches with success.  The largest fish of the day was a triploid over 15 lbs.    It took half an hour to resuscitate and i  must say that the smaller fish fought harder.  However,  I can not remember ever having landed such a large trout in Northern California ever.

I had a chance to film the event with the new D7000 and I must say, the quality of the low light video was superb.

These are stills from the video of the biggest fish I landed estimated to be around 25lbs, Where is a cameraman when you need one.  Video was on tripod on bank. 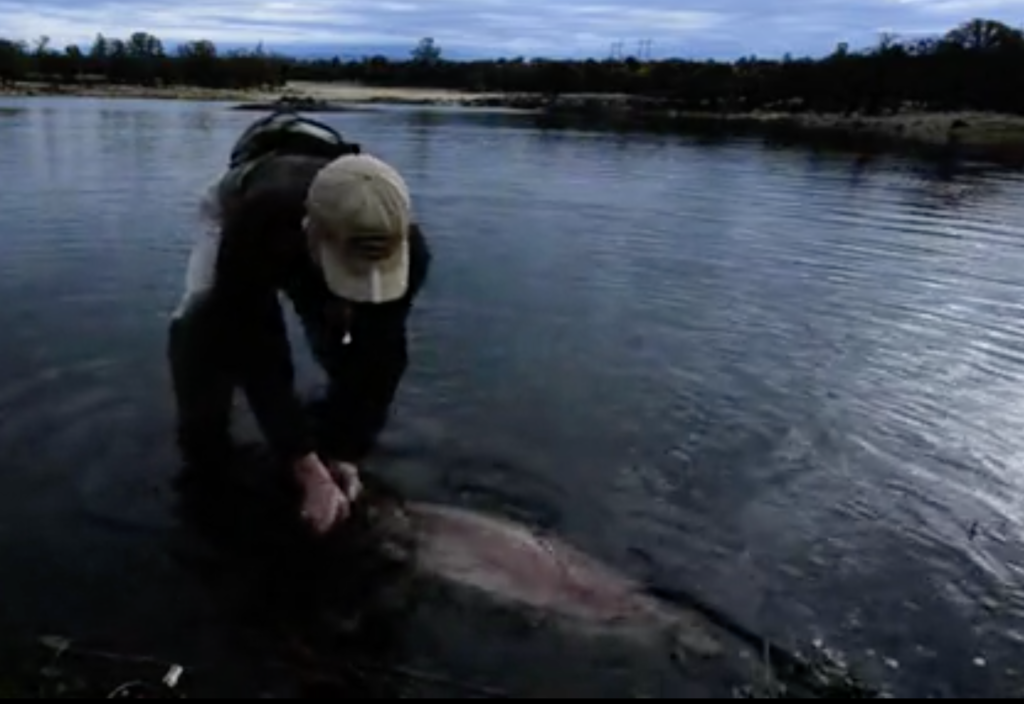 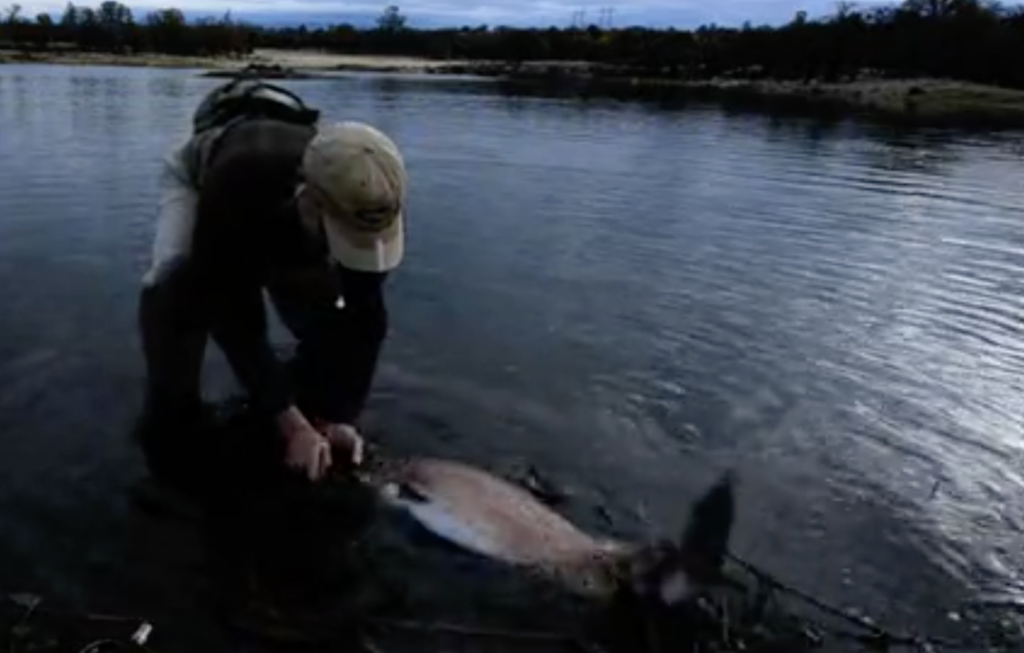 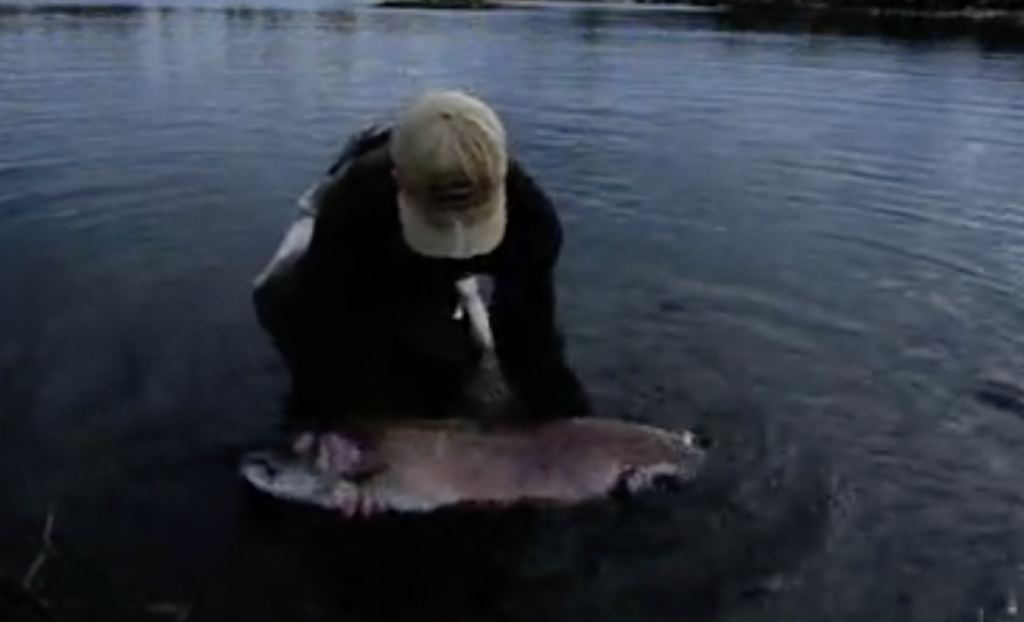 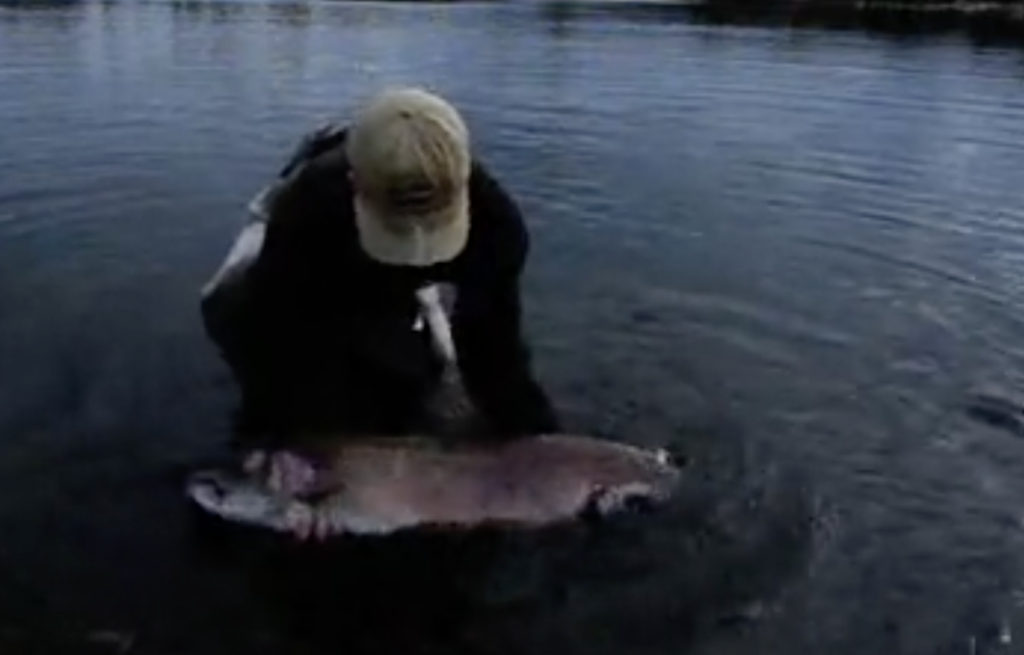