After 6 days,  the Brix on the Must is down to 18.  It has to go down to around 2 before we press which gives me a couple days to fish.  Mark came home from Oregon for the weekend and it was great to see him after not seeing him for 6 weeks.  He’s doing great at UofO and working hard and getting paid supporting computers for the school while attempting a premed education.  Mia was also back from CAL and it was great to have the family together again for a couple days–rare days indeed.   The GiANTS are up 3 games in the World Series and its a big deal around our house.   Gina is busy carving SF pumpkins like she did in 2010 for the World Series.

I tried San Luis Reservoir on Saturday Morning.   Wind was light and the water temp is 66 degrees with moderate visibility as the algae is clumping up.   The Lake is 90 feet below where it was last year!   I went initially to the forebay but there was and event going on — 20 plus boats giving boat rides and fishing with kids.   It was like opening day so I decided to go to Basalt and launch.  When I got there at  7am,  I was the 17th boat to launch.    I headed straight for the rock wall near Romero and fished for a couple hours with not even a hit.   I even threw hair jigs and surface plugs for awhile.  I saw some fish on the meter but no takers.  There were about 10 boats around the trash racks bait fishing but I didn’t see much catching; not any and I was watching.  When I started the engine to head across the lake,  the battery was nearly dead so luckily I had jumper cables and I jumped the trolling batteries over.   I must not have charged them fully the night before.  I decided to troll the old runs south of Basalt.  I stupidly dinged my prop on a rock off a really shallow hidden point.    Trolled a P Line predator on a downrigger and a fly at 20 feet along the shoreline with no luck.  I did see a guy trolling and umbrella rig but he was not catching anything either.   The Hmong bait fishermen I talked to at the ramp didn’t do well either.  Very few fish.

I built a new camera mount for subsurface videography.  The new Hero 3 Gopro comes out in a few weeks featuring 1080p 60fps.  Maybe next week if the pressing of the wine doesn’t take up the full weekend.

I’ ve been playing with Windows 8 and I like it better than Windows 7.  Now testing to see how the video editing software works with it. 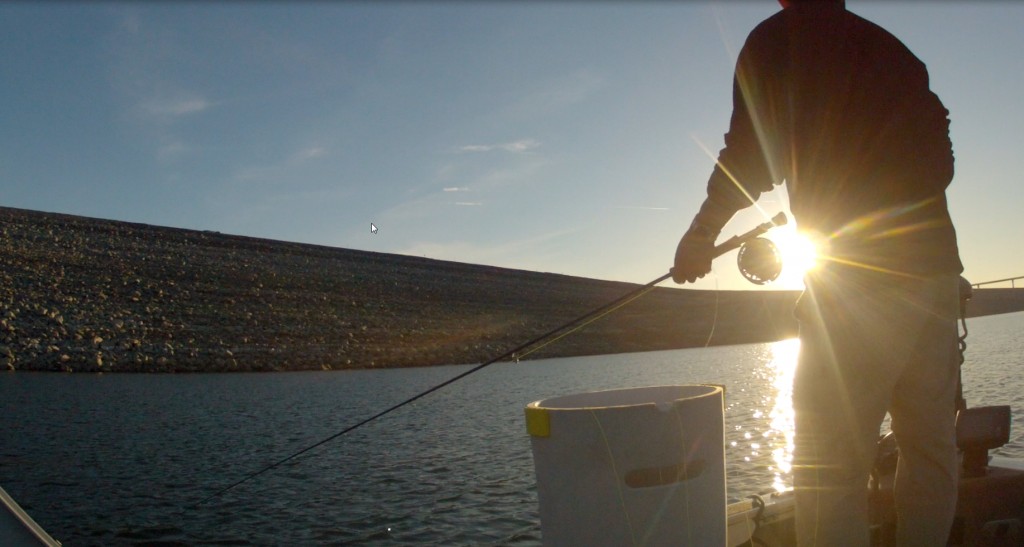