In searching for the lightest 7-8 wgt  reels with the beefiest drags and sturdiest frames, there are two standout reels to look at–the Vanquish 7.8 LT and the Nautilus NV 8/9 G7.

Vanquish 7.8 LT The Vanquish was designed as a durable, light large arbor reel that could handle saltwater conditions.  Made of Hard Alox the reel is stong and the drag is robust. The 7.8LT holds 150 yards of 20lb and weighs in at 5.1 ounces.  Diameter is 3.8″

I decided to pair up the heavier Nautilus with a 10 ft 7wgt Helios 2.  The Sage One 10ft 8wgt is a heavy clumsy rod but it seems useful for fishing in wind. But the Helios 10ft 7wgt truly feels light and as castable as a heavy trout rod.  In fact it wouldn’t look odd on a trout stream in Alberta.  I use this rod when I am casting over the boat with a second angler and find that it keeps heavier flies overhead safer.  It’s a great feeling to have an entire rig that feels like a trout rod when fishing for stripers since you spend a large amount of time casting.   Striper fly fishing is much about casting well and far in an energy conserving manner–straight, long casts, and less false casting.  Stripping the fly is as rigorous as casting when fishing for stripers.   All in all its about conservation of energy and light gear is the secret. 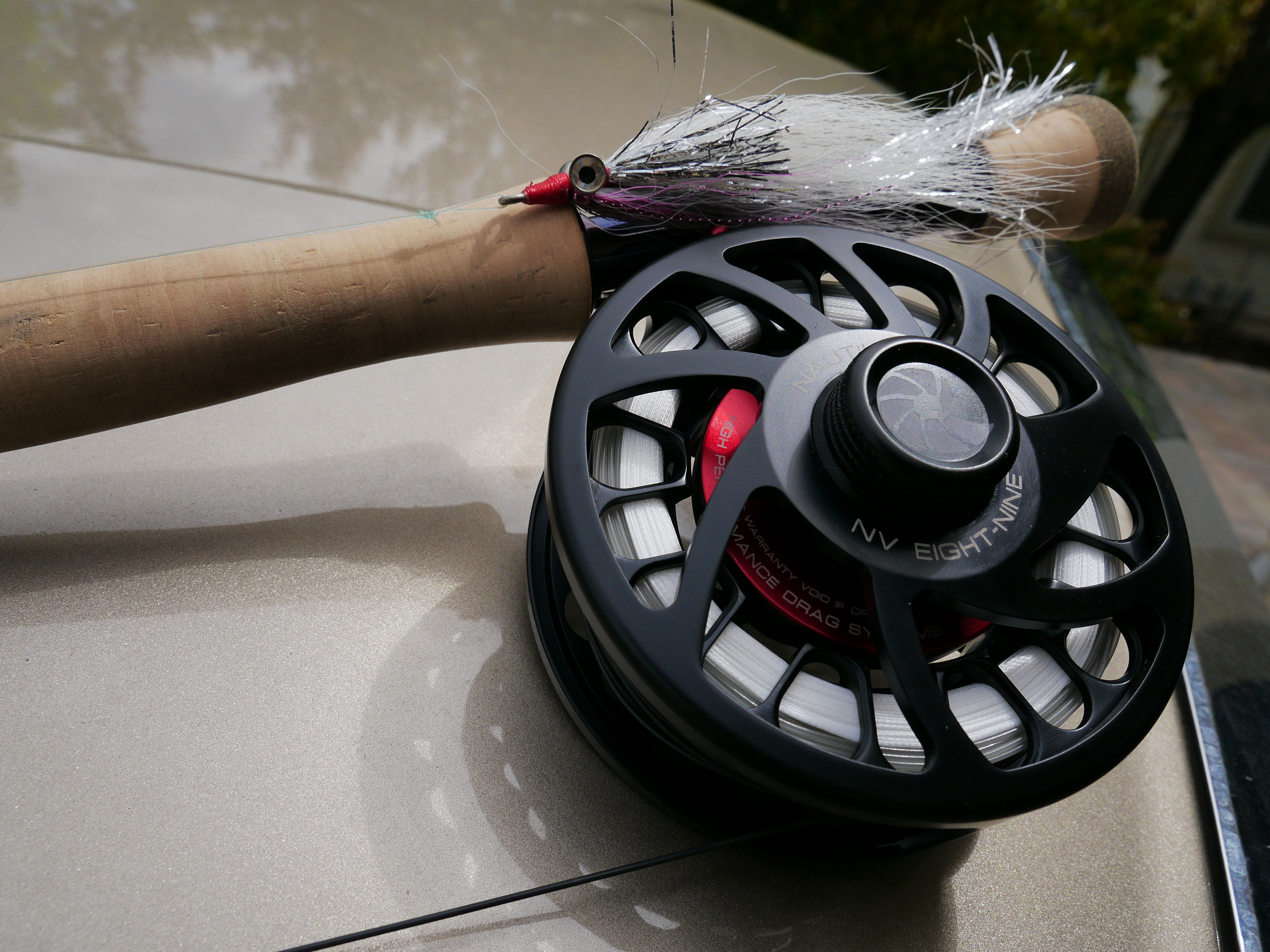