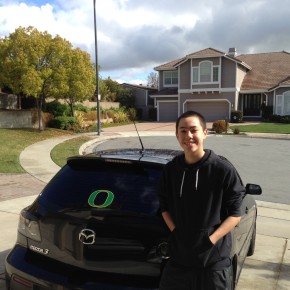 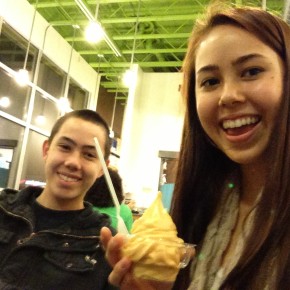 It was nice having both kids back for a little while this past weekend..  Marks two jobs at Oregon requires a car so we sold his non speed bump friendly BMW 330 and purchased a 2009 Mazda3 Hatchback with the help of expert mechanic and friend Ryan Rich.  He headed out today for school, but hopefully he will be back in 4 weeks for Mias Graduation from CAL.

We are searching for some safe and close housing to Columbia’s Medical School for next year.  The area in New York is called Washington Heights wear the School is located.

Some interesting science came out of NASA recently suggest that carbon dioxide in the atmosphere actually cools it –opposite of mainstream dogma that  man made CO2 actual contributes to global warming.   This is stunning science and because the sun is in a cycle to emit large amounts of radiation in the near future, there will soon be collaborating evidence against the greenhouse effect –a paradigm shift in the Greenhouse controversy is looming.   I don’t see how this is speculative science and this is unprecedented research denying the existence of the greenhouse effect which is based mainly on statistical interpretation of global temperatures.    This recent NASA research capitalized on a recent period of high solar energy that allowed them to make accurate measurement of the atmospheric reflection  by CO2 and NO of that warming energy  using a satellite high above the atmosphere.   They concluded that 95% of the solar burst radiation was actually reflected by the atmospheric CO2.   NASA’s Langley Research Center has collated data proving that “greenhouse gases” actually block up to 95 percent of harmful solar rays from reaching our planet, thus reducing the heating impact of the sun.  The NASA link is here.