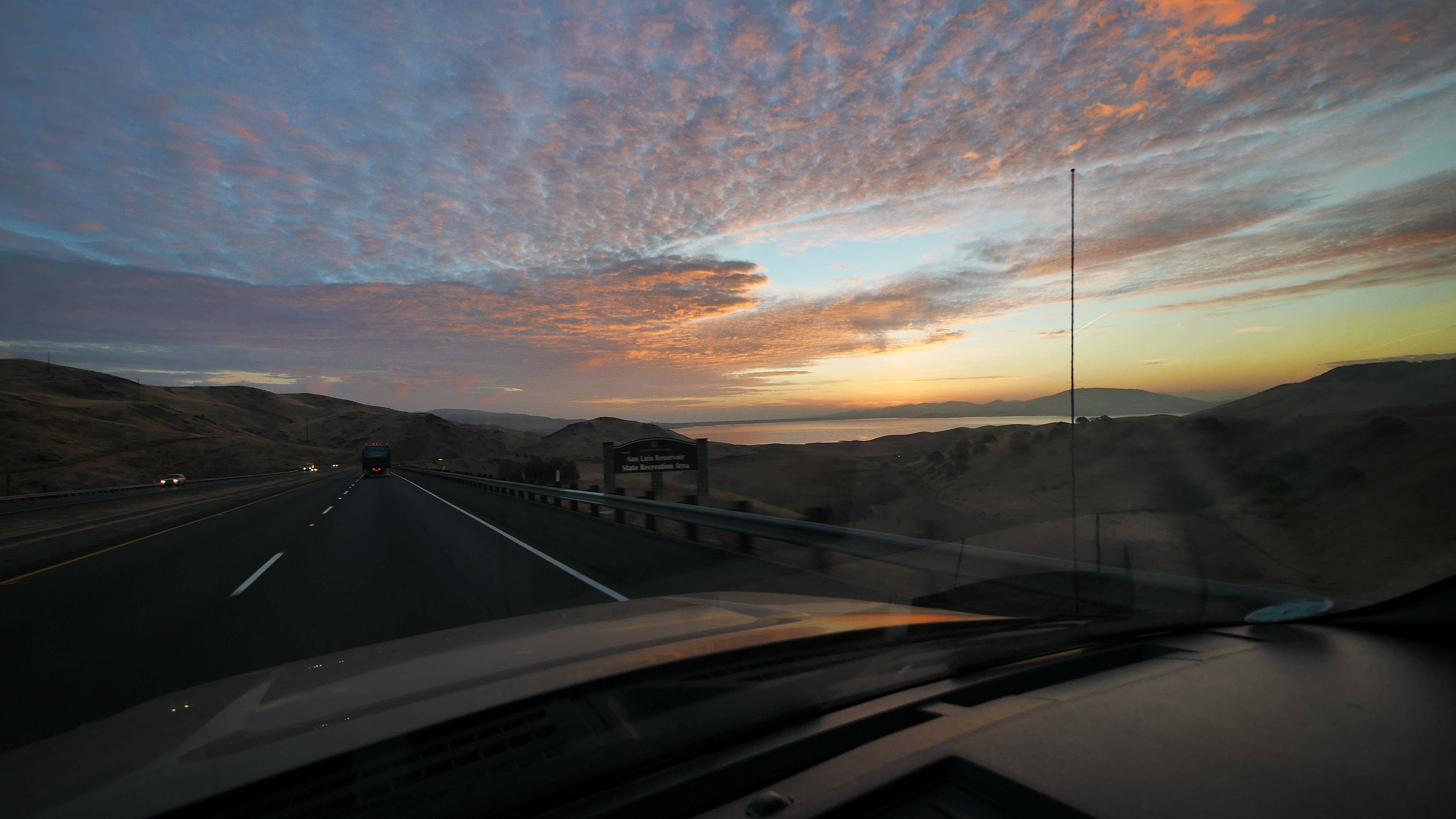 I thought by today I would have been on the lake at least a couple times this week but the swine flue knocked me down over the Christmas Break.   I managed to make it to the lake today and I renewed my California State Parks “Golden Poppy” 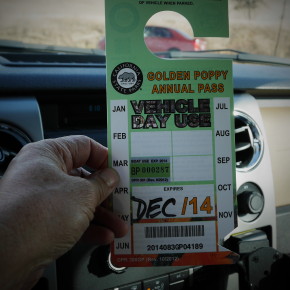 Vehicle Day Use and Launch Annual Pass>   This pass will be discontinued after this year (today)  but will be honored for all of 2014.  The new Pass in 2014 is the 150th Commemorative Vehicle Day Use Annual Pass which cost $150–$50 dollars more than the Poppy Pass.  I  got lucky being on the December annual cycle.   The lake was not too crowded today with about two dozen boats.  I didn’t see any fly fisherman all day but I know that there were fish being caught on flies on the dam near the Bay of Pigs  . Last week, according to the Fresno Bee, several fish over 20 lbs were caught on lures trolled at 60 feet with down riggers so I thought I would experiment with trolling flies on a down rigger today.   I got to the lake at sun up (7:15)  and worked the shallows and managed a few fish in 15 feet of water.   The fish were pretty sluggish and I caught them all NOT stripping.  They hit when I was screwing  around or on the sink when I paused.  I saw two fish follow early in the morning and switched to smaller flies.    Small size 2 rattled yellow clousers were the ticket for me today.    Around 10:00   I decided to try trolling with the down rigger. out in 100 feet of water, I could see schools of fish here and there.    I watched my down rigger ball move right through them with no joy.  I think I am  going to rig a fly rod with 40 feet of T-14 sinking line so that I can clip the down rigger to the junction of the backing and fly line.  Perhaps the fish won’t be interested in flies that are trolled at constant speed.  I have had luck trolling flies at 20 feet with full sinking fly lines only when you jerk on them as you troll.  Hopefully,  today fish just weren’t interested in anything at all.  I got tired of trolling around 11:00 and went back to fishing the shoreline with flies during the main Solonar cycle at 11 AM today.  I picked up two more stripping short and slow with many pauses.  I headed home around 1:00.   At the fish cleaning station,  I talked to some locals who caught 7 fish, all over 20 inches on anchovies.  Their setup was 2 feet of 15lb test below a sliding egg sinker fishing on the bottom in 100 ft of water near the trash racks.

In retrospect,  2013 was a very good year for me at the lake despite the record low water. .  I learned a lot about the Fall topwater bite and I think I have the  flies and the strip down for SL from September to November.    If they are on the meter in the shallows,  I can get them.  My deep water game needs a ton of improvement and fish move out of the shallows in the late morning and hang out in the deep.     Plus,  there is a lot to be learned from the trollers and the bait fishermen.  Some trollers have caught more that 15 fish over 20 lbs from the lake this year.   And I have made friends with quite a few bait fishermen that do consistently good ;  which is not as sure a thing as you would think.    San Luis is still a enigma though.  It changes drastically based on the level.   The shoreline game is different in low water for sure.   This year I had good days every month,   caught bigger fish in the main lake than in the fore bay and spent more time with flies in the water, than looking for places to fish.   I made some great friends on the lake.  Happy new year to you  and lets get the big ones next year.  Ill see you at the bay of pigs in the first week of May.     I hope 2014 is as good and I pray for water and wisdom  (for those water guys controlling the pumps).

How about the Ducks at the Alamo Bowl yesterday!  The 30-7 victory over Mack Browns Texas Longhorns is a good way to start next years push for the BCS title.   I think this year did a good job of humbling the team and with Mariota returning next year,  it will surely be an exciting year for the Ducks.  I think the Ducks play better when they are underdogs.    It was a bit scary watching Mariota’s leg problems in the second half after he rushed for 133 yards.   When Mariota’s Legs are 100%,  he looks like Kapernick!

Should I fish next Sunday while the Niners play Green Bay in the Wild Card Playoff ?  The Game starts at 1:40 PM so maybe Ill go early.   How the hell does a team with an 8-7-1 record get to host a playoff game?    Kapernick should do well against the Pack despite the cold since he played his college career in Nevada.  Its going to be a great game..

2 thoughts on “New Years Eve on the Lake”