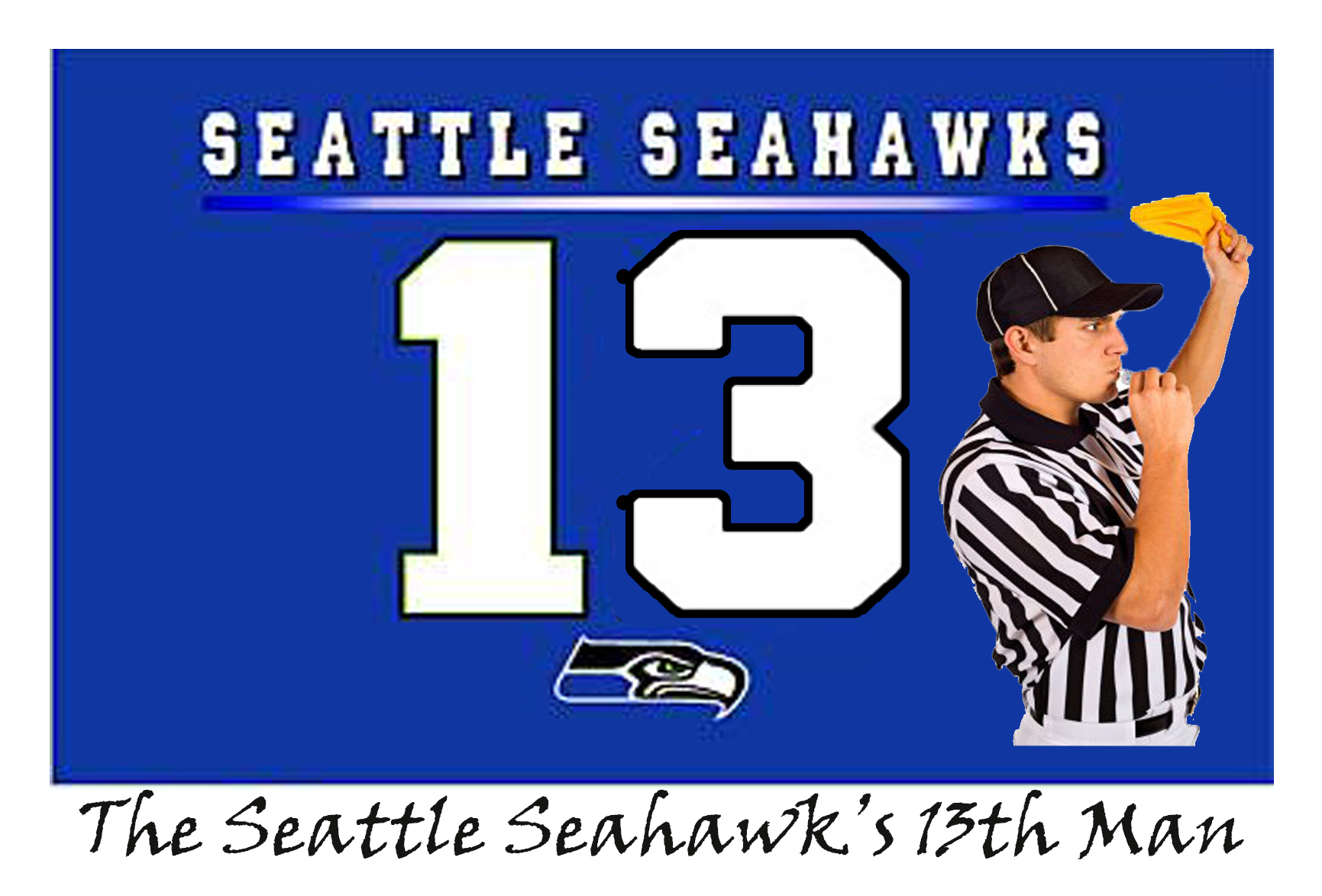 I called it last week. The Refs, in an obvious way, screwed the Niners out of the Superbowl. Unbelievable. When one play in the last 20 seconds of a game determines the winner, every bad call is momentum changing.  Upon replay, there was no doubt whatsoever that the calls were wrong!   Gene Steratore and his corrupt goons did more for the Seahawks than any player or coach to assure a Niner loss.   I nominate Gene Steratore as MVP of the game.   What a joke. Those refs had to be paid to throw flags all day at the niners.  The Vice President of Officiating for the NFL , Mike Pereira, went on record saying that the missed roughing the kicker call which in his words would have not allowed the Seahawks to score the go ahead touchdown on that drive, changed the outcome of the game.

The only two personal fouls  called in the game were against the 49rs  in the first quarter.  The commentary kept noting that the “Seahawks got lucky on that call. ”   In the second quarter there was the non call on  Ricardo Locket as he  facemasked punt returner LaMichael James–he pulled his helmet off for god sake and nearly broke his neck and there was no call.   Finally the fumble recovery by NaVorro Bowman that was given to Marshawn Lynch after he stripped it off Bowman’s downed and a wounded body.  The view of his strip and knee hitting the turf with control was clearly visible to everyone but the refs, as players on the field from both sides were signaling for the medics.

Then as Bowman is being taken to the medics,  the classy Seattle fans are throwing popcorn at him as he is taken off the field by the medical staff.   I hate Seattle Seahawk Fans.

Eighteen fouls were called in the game with three rejected.  The only  two personal fouls–both wrong–were against the 49rs. The first one on replay shows a clean shoulder pad hit and the second one was a push in bounds on a receiver.after a failed catch.

Of the 15 accepted penalties, the 49rs received 8 for a total of 65 yards and 8 were called on Seattle for 66 yards.   Don’t be fooled by the apparent equity in yardage lost to penalties.  The winner  would be  different if all the calls were confirmed with replay and the 13th man was made honest.   To the Niner’s–well fought and you are champions to the end–next year we must beat the refs so there is no doubt. To the NFL–you have to do something about the damn refs. We have technology that can confirm your calls on the field.  Hell,  the fans know before you call it by watching the replay on Network TV.  Why can’t you have one official in the booth calling and confirming fouls?  Last year the officials robbed the 49rs of a victory by not calling pass interference.  The Refs in the last three years have had it out for the Niners.   It’s not fun anymore.  Oh well, seven months till football starts again–Im goin’ fishin’.  There is no cheating by refs in fishing.