The weather and wind finally got reasonable after Saturday and  Sunday Morning 20 Plus mph wind.   Monday was calm and warm and the solonar tables were 4 stars.  Somebody forgot to tell the Stripers that it was a stellar day for fishing.   I ended up with only 5 fish for the day and one LMB,   The biggest was 21 inches but the smallest was a mere 6 inches long – a yearling.   I was noticing a lot of small fish splashing on the surface around Mederious and in the flats of the channel and managed to hook one.  It was great to see so many small stripers in the forebay.  It’s the future.    The largest of the fish which I ate last night had a 3 inch shad in it’s stomach.  The shad was one of the biggest I’ve seen in a fish at San Luis or Oneill Forebay. At three inches long it was the same size as the Game Changer flies. In the presence of millions of one inch minnows, this 3 inch shad was the only bait fish in the largest striper.    I fished the afternoon from the weeds to the deep and the water was full of one inch minnows.  I think the stripers are full or just not interested in chasing the little ones.   No schools of legal crashing stripers and no interest in surface flies or really small clousers.     The weather is changing and I think this may be the last I fish the forebay this year.  Suger Barge will be an interesting change.    The rain is coming in the next couple days  and I hope SL starts its recharge.  Last years topwater season started in September and  peaked in October and Novemeber  but this morning,  I saw no hint that it was even beginning. .   Seeing the small stripers made me feel good about the future of the San Luis and the forebay. 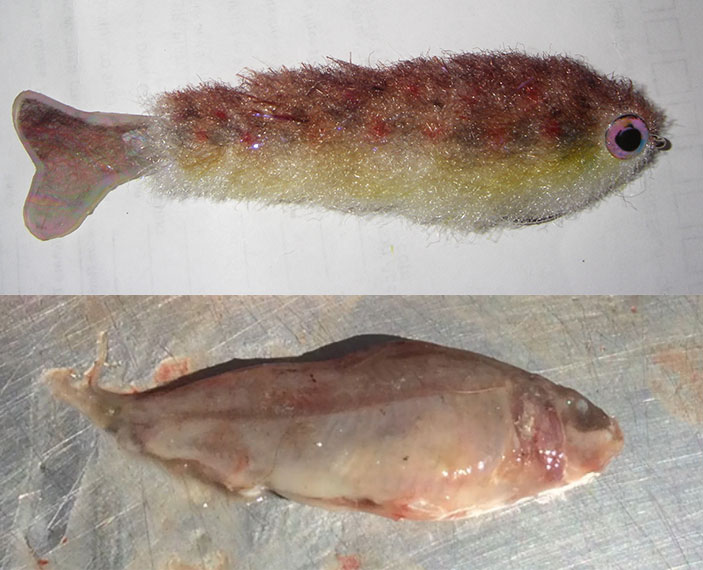