Its been a little over a week and today the must is at 4 Brix.  I rented the  press from Fermentation Solutions for $30 bucks and pressed must into the Carboy.   This year’s yield looks like about 30 gallons and it actually tastes pretty Zinny.    I might have accidentally made a pretty good wine this year.  On day 6  the brix dropped to 17 as the fermentation was chugging along.  I added the rest of the FermAid on Thursday.   We stored the Must in the Kitchen to keep the temperature as constant as possible and out of the heat making sure we pushed the floating cap down into the must twice a day.    The kitchen had this great wine-yeast smell all week that was making me high and excited to press.   Yesterday,  I emptied the carboy of the “Sugar Mistake” we made two years ago.  I corked a dozen bottles of it to remind me never to do that again,  but in all honesty,  its not that bad.  Its just a bit sweet and family consensus sais  it taste like “church” wine.  With an endorsement like that,  Im keeping a couple bottles around for Nick (98 and who can’t tell the difference and only cares about the buzz)  or a donation to the church for communion.   This year’s wine will be much better and I suppose Ill just look back one day at 2011 as being a waste of a dozen wine bottles and corks. 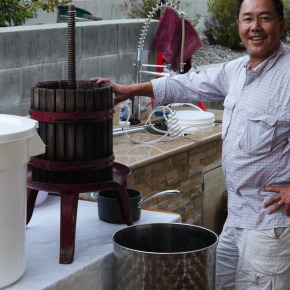 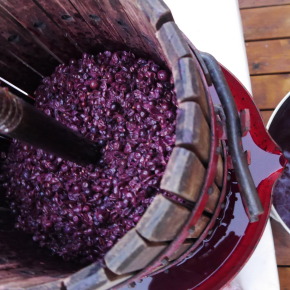 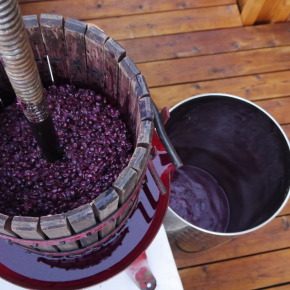 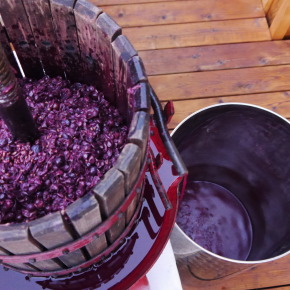 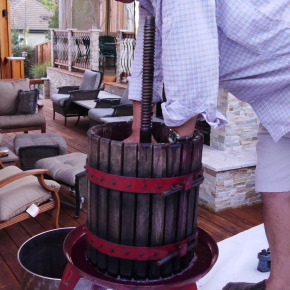 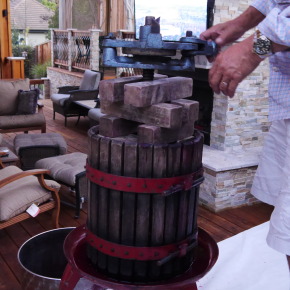 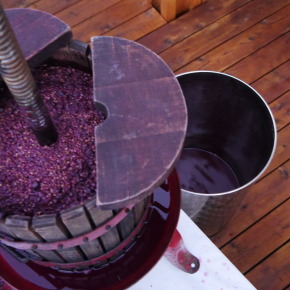 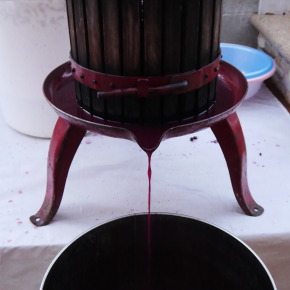 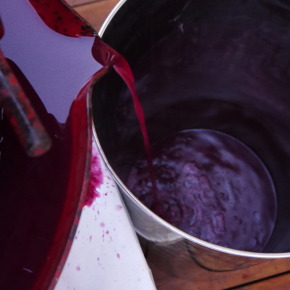 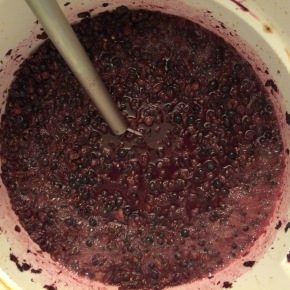 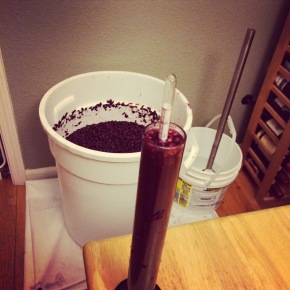 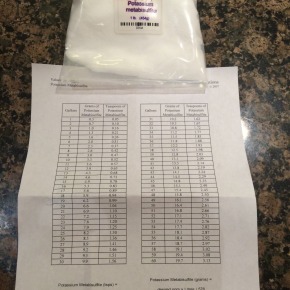 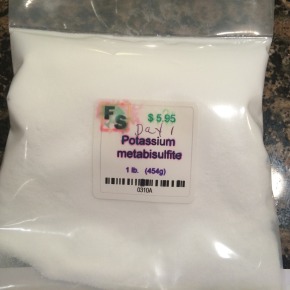 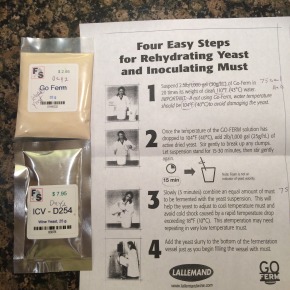 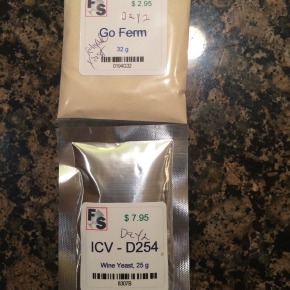 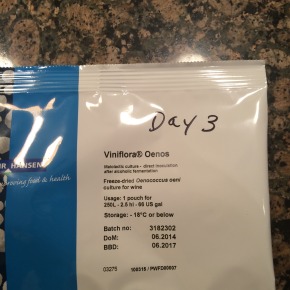 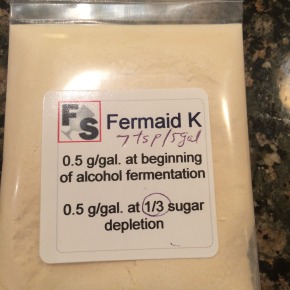 It great to do all the wine stuff in the new backyard with the multi levels of deck around that big sink.  It was convenient to  siphon wine from the carboy right into the bottles in the sink and then cork them with the new bottle corker I bought on Amazon.    Also,  this year we were able to elevate the press above the carboy and press right into it which is so much easier than pressing it into containers and transferring it to the carboy.    I did the press slowly over an hour so as not to crush any of the seeds that could make the wine bitter.   The carboy now sits in the kitchen waiting to be racked in a week or two.   I’ll probably bring some of it into Fermentation Solutions to run some chemistry on it ,  but I don’t really care as long as it tastes good.    I should start designing a label for this years harvest!

The Niners lost to the Chicago Bears in the Levy Stadium opener.  I know many people who put down some serious money for season tickets at Levy Stadium who are a bit upset about how the niners could lead 17 to 0 and still lose.   The Bears looked pretty good and deserve some credit.   I saw some of the best interceptions I have ever seen from the Bears against SF.   The Kapernick really gave it up on the turnovers. I think the Niners need to be catching up all the time to play their best.  Hopefully this is a wakeup call.  Its still really early.