There is a ton of math when it comes to picking trolling motors and batteries for the boat. My Walgreen sdfjsf type 29 batteries are 2 1/2 years old and Im begining to feel like they are getting weak. Iver noticed that my Hummingbird Fishfinder starts to flake at around 11 volts and that occures around 1:00 when Im on the water at the Forebay in moderate wind. After some research, I found out that the Humingbird fishfinders are very sensative to voltage drops and surges (from starting a motor that the battery is attached too). Some guys have such a problem that they keep there humingbirds on a sepperate battery.

I usually get on the lake at 8:00 and Im using the trolling motor alot to search for fish typically running at 5 which is half thrust.

A 24 volt Minn Kota 80 lb thrust trolling motor will draw 56 amps at full thrust. My calculations estimate at half thrust, the Ulterra is drawing 28 amp hours. Since it is a 24 volt motor, the ulterra should draw 14 amp hours from each battery.

Most batterys have and Amp Hour rating based on a 20 hour period. If a batter has an amp hour rating of 100 then it will crank out 100 divided by 20 = 5 amps and hour. IN other words, it will carry an 5 amp load for 20 hour before dying (below 10.5 volts) Deep cycle batteries have a Depth of discharge (DOD) of about 50% whereas gel cells are about 80%, 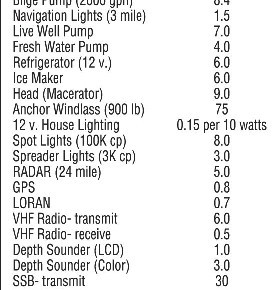 The Walmart batteries I purchased about 2 years ago need to be replaced.  Im getting a low battery warning at around 2:00pm which has never happened before.   I managed a pair of AGM batteries from the local battery store and so far they seem to be nearly twice as good as the old ones. 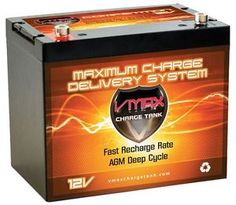 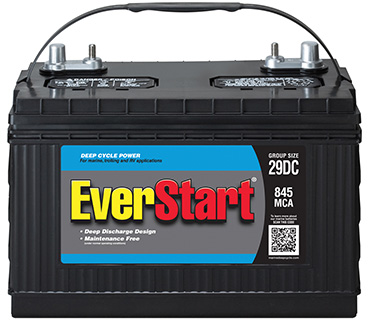 One thought on “Trolling Motors and Batteries”