Its been weeks since I fished and I couldn’t have picked a better day to start off 2016.  The temps were in the mid 70’s and the water temp was 52 degrees.  The reports from the lake have been slow but today the solonar tables were peak and the crowds were light. Maybe its hangover from the Superbowl or perhaps all the asian fishermen are celebrating Chineese New Year.  Or, maybe the fishing has been so slow the last couple weeks that nobody bothered trying.   I picked up a new annual Poppy Pass ($215) and launched at Basalt.  The lake is about 35% now and its full of floating debris and dead algae.  The visibility is still good in the deep water but despite having great sonar I couldn’t find any fish shallower than 30 feet much of the day.  Despite a fishless day,  I had a chance to cast some new T-14 and T-17  Rio In-Touch heads and I learned some things about my new electronics. I was suprised to see more fish on the sidefinder than the downscan today and I believe that when the fish arent biting, it really doesnt matter if you see them but when they are, odds will forever be in your favor if you have 360 scan.

Last  November,  I almost lost a large fish because my fly line and backing got tangled with the trolling motor controller hanging around my neck.  Over the holidays,  I found a solution.  I purchased an inexpensive camera strap that fits diagonally over the shoulder.  I adjusted it to sit high on the hip so my hand can reach it easily and it doesn’t get in the way of a spinning reel when a fish is tearing out line. 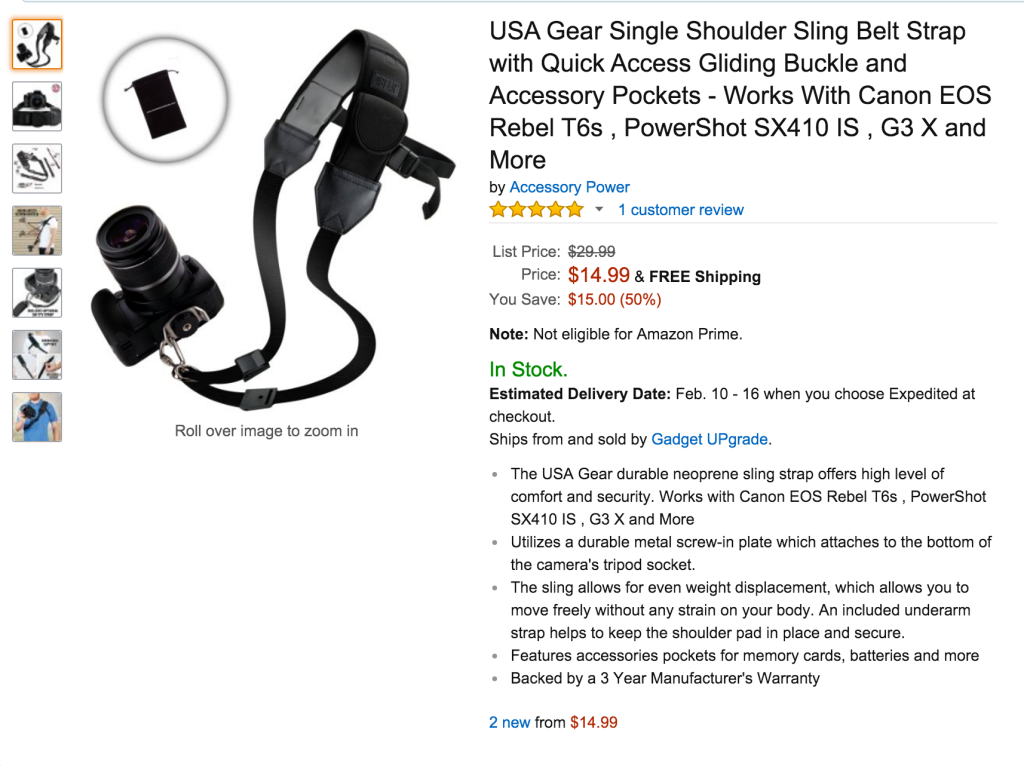 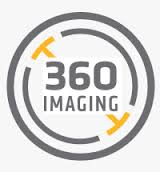 Till recently, most of the sonar technology has been focused on down and side sonar which give the angler a birds eye view of the bottom structure to the sides and down behind the boat.   For a troller or a bottom jigger,  detailed real time information behind the boat can be a great aid to catching more fish and identifying stucture to fish.   For a fly fishermen,  the ability to mark a spot on the sonar that also shows up on the Navigation screens, gives us the ability to mark a spot and then swing around  and fish to it.  If the fish are sitting on structure,  this is a great way to stay on the fish.  If the fish are moving,  which is the case in San Luis Reservoir and the Forebay most of the time,   you might get lucky and catch a single fish out the the school before it moves.   Last march, the schools of stripers were moving around the forebay one day and when you could locate them,  it was a sure thing.   On one day,  my boat and two others all with downscanning sonar, managed to form a triangle around a large school of stripers and by moving toward the hot boat,  we were able to catch many fish moving with the school leap frogging around the boat hooking fish.   The following months,  I used a fishing buddy sidefinder  on the side of my boat to attempt to detect what direction schools of fish were moving.  It wasn’t that successful in tracking fish, but it was usefull detecting moving fish with casting range and at times it was very effective. 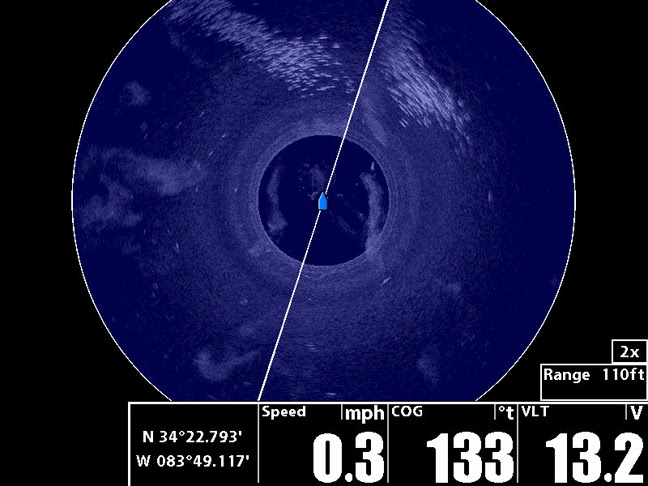 When Humminbird introduced 360 in 2012,,the pro bass fishing circuit went nuts.  The puck transducer emits a side-imaging beam that’s pointed outward, using multiple square elements that rotate within the housing.  The transducer can be mounted on a trolling motor or at the end of  Humminbird’s Transducer Deployment System  which drops the transucer into the water 28 inches below the surface when the motor deploys.  The transducer can be set to captures returns out to about 150 feet in every direction.The beam itself — like all imaging beams — is a thin slice of the water column. It reminds me of the sonar one sees in submarine movies-a round screen with a line rotating around it pinging fish structure, drop offs and everything else. Fishermen can limit the beam’s view to any 10 degree  or higher slice of the “pie”. The technology works whether the boat is moving or not which is ideal for the flyfishermen. .For the first time,  fishermen can detect schools of fish in front of the boat 150 feet without running over them and scarring them .  Also,  360 sonar shows the direction the fish are moving which changes the odds towards the fishermen when it comes to chasing schools.

Installing my 360 was an interesting experience.  Instead of replacing the Lowrance HDS 10 second gen,  I decided to run both the Helix 10 and the Lowrance at the same time.  Using a Transom Block ,  I mounted the downscan transducer on the stern and mounted the Humingbird 360 on the Ulterra using a custom mounting bracket made by Cumberland Crappie.  The mount allows the motor shaft to turn without turning the 360 transducer.  I moved the Humingbird 838c to the bow and dedicated it to the built in transducer on the Ulterra. In order to hook up the 360, the Ipilot Link and the two fish finders,  I used an ethernet unit to connect all the units together and put the 360 transducer power and ethernet power on a switch to they wouldnt pull power all the time. 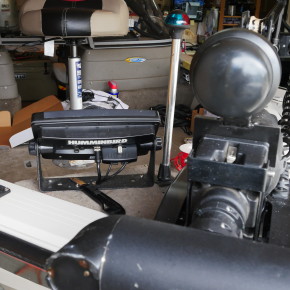 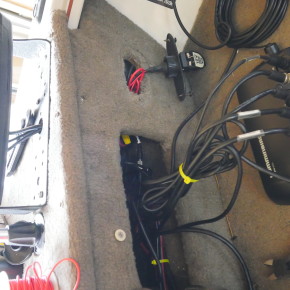 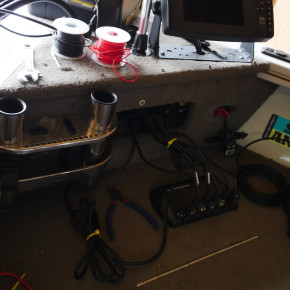 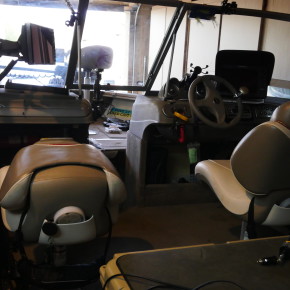 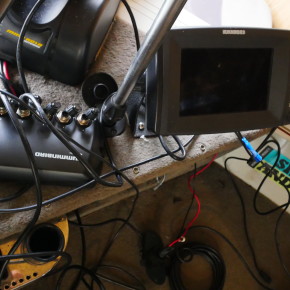 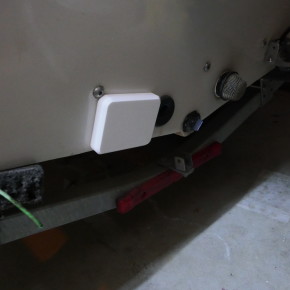 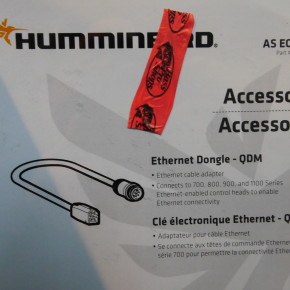 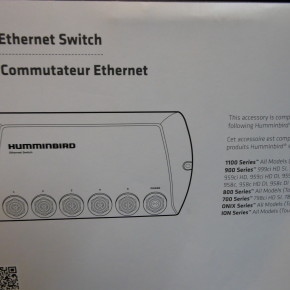 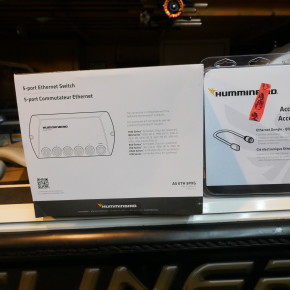 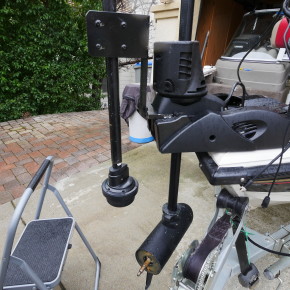 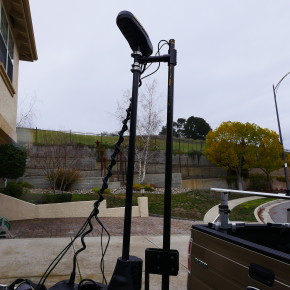 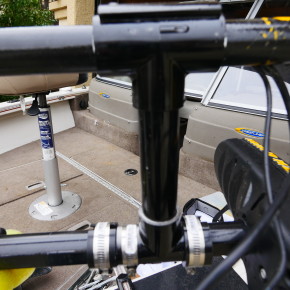 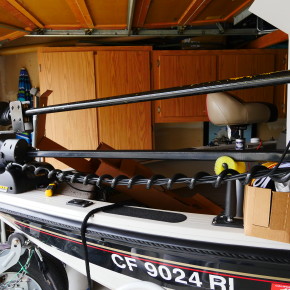