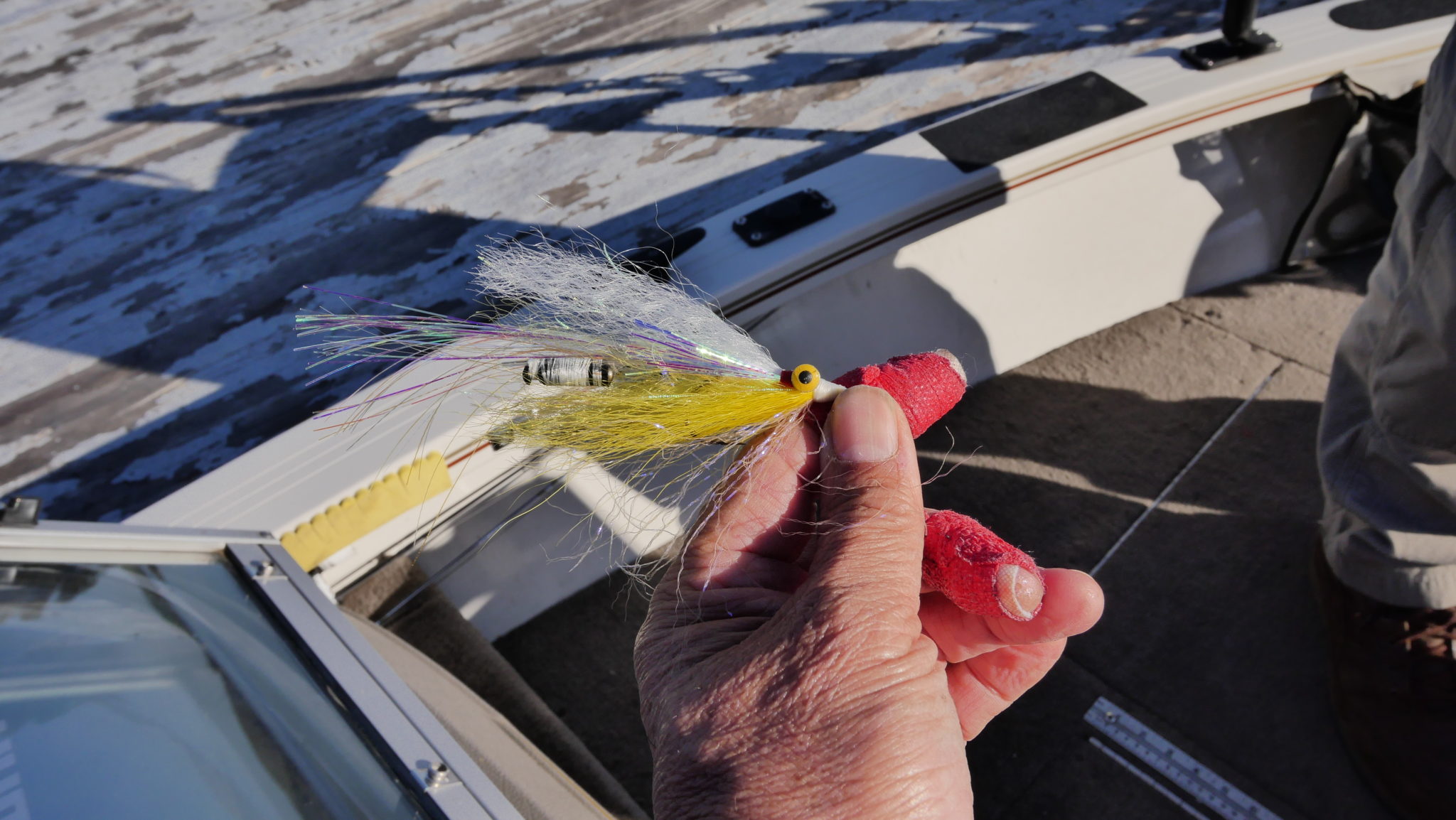 Last weeks session with Dan Blanton on Oneill Forebay left me experimenting with flies that have action on the pause. He used a fly that featured a brass rattle tied to 80 lb mono that rear weighted a three inch flashtail clouser.   The end of the mono had a burnt knob on the end which kept the brass rattle from sliding off.

Over the years, it seems to me that the fish in San Luis and ONeill Forbay hit mainly three types of retrieves.  When fish are aggressive (in the warm water months), they chase and attack a fast stripped fly.  A “Good Striper Strip”  consist of  sharp hard retrieve followed by a pause.  Watching sensei Dan strip flies,  you can see that he actually accelerates the fly at the bottom of the strip by breaking his wrist slightly at the end of the strip.  I use pulse discs and lips on my clousers because they give the flies more of a swimming motion during the strip.  The pushing of water creates an attractant to stripers and during these aggressive times,  stripers will hit a  fast  stripped   fly like a freight train.   I believe at times its about a lifelike motion of the fly when stripped.  My box contains flies with supple synthetics like Slinky Flash,  Marabou, Angel Hair, Rabbit Strips, SF Flash Blends and highly supple and flashy fibers.  As easy as the synthetics are to handle,  I still think bucktail is unique in its action and when im looking for the confidence fly in my box,  I almost always reach for real bucktail flies.  Another major difference between bucktail and synthetics is the buoyancy of the hair which definitly changes the fly’s behavior on the pause.    At other times, the stripers like a jigging action.  Its about the dive of the fly when paused,  Heavily front weighted Clousers that dive for the bottom on the pause can be deadly,  especially right below the boat.  When fish are gaga over a vertically jigged Hopkins lure,  I get out the big heavily weighted clousers and bounce them  in front of the fish on the finder almost directly under the boat with great success.   But, at this time of year with the water temps below 58 degrees in the early spring,  the strippers are hitting a fly that turns right or left when stripped and paused.  Steve Santucci recently let me fish with a fly that turns right  or left after the strip.  It was a 7/0 fly with alot of shoe goop and synthetic fibers.  I’m still not sure why some flies have better action than others even though they appear to be tied identically.

After doing some research on flies that are designed to move erratically when retrieved with sharp pulls and long pauses, the common denominator is some sort of rear weight in the fly which pulls the back end of the fly around like a jack knifed truck when the fly changes velocity rapidly at the end of the strip.   Dave Sellers is credited with creating this design to erratically dart left and right when retrieved using a sharp stripping motion.  His SST Flies (Sellers Striper Teasers) were designed to target San Luis Stripers and mimic the action of the Super Fluke which is a killer soft plastic that is deadly on San Luis.   Dan Blanton evolved the concept in his Sea Habit Fly.  Over the years Charlie Bisharat , started to experiment with rear weighted flies and concluded that weight that extends aft of the bend of the hook  can exaggerate the darting action of the fly.   Dave Sellers also recommends adding buoyancy  to the head of the fly with foam in addition to pushing the weight past the bend of the hook. Perhaps the most famous walk the dog flies ever tied is Charlie Bisharats Pole Dancer.  In addition to the rear weighting,  Bisharat determined that drag from the tail was important in keeping the fly moving forward. 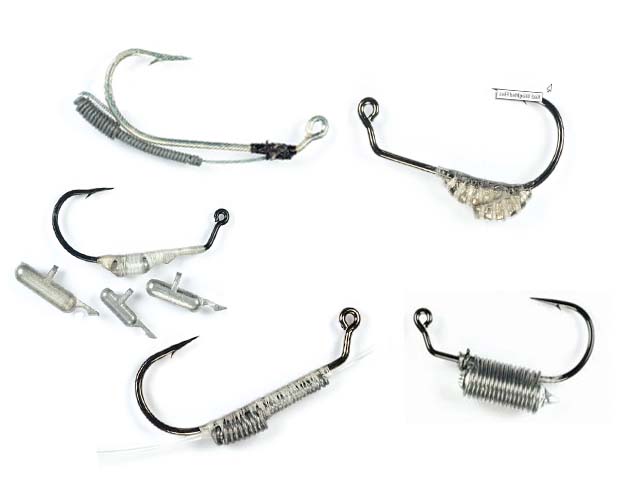 Its time to start playing with rear weighted clousers.  Watching the fly in the water is the key before you start fishing is key.  There have been times when the Ive tied a half dozen flies almost identically yet one fly has the magic action and the others don’t.  I find it hard to duplicate but Im getting there.

Dave Seller SST fly seems to be the ticket for the action Im After.   He recomends using the thinnest florists wire you can find that is stiff enought to wrap lead around.  In addition , he recommends tying sparse and adding a bit of floatation  foam in the nose of the fly.  THe further back the weight, the better the action.  Finally,  use light hooks.