Last Thursday, Vaughn emailed me about a great day he had on the Forebay on Wednesday. He said if you could see them on the sonar, you could catch them. It was such a good report, I completely forgot about the terrible day I had last Monday and guessed that the 360 sonar would make a great day, phenomenal. I had made plans to go to Pleasanton Fly Show but the report was so good,  I decided to fish instead of shop.   I left the house at 6:30am and was surprised to see that it had rained over night.  There were gray clouds and a bit of wind in San Jose when I left and by the time I made it onto the forebay,  it was sunny and the wind was about 6mph. The water temperature is up to 58 degrees.

Fishing in the morning was pretty hard.  Even though there were fish on the 360 and down sonar,  the fish were not biting.  I did catch a couple on a slow retrieve. but when Steph, Vaughn and Mark Baldwin showed up  around 9:00,  the fishing picked up a little.  Harris Hall in Steph’s boat foul hooked one of the forebay’s giant carp. Despite an 8 foot leader, Harris played the monster for 20 minutes and managed to land it. It was the biggest fish I have ever seen come out of the forebay at about 30 lbs.     The wind died down in the afternoon and I left the Forebay with 28 fish.  Not a terrible day (like last Monday) but its seemed like the bite wasn’t really on yet. The fish were not hitting the typically productive strip.  I brought home a pair of 20 inchers and cooked one for Gina. The bait guys and trollers had very few fish.

I finally found some 1/0 short shank jig hooks and tied some yellow and white clousers with Bead chain eyes. Experimenting with rear weighted flies, None of my experiments would turn on the strip. I did find that the lighter clousers seemed to work better today.  I think  early season flies should suspend more.  When the fish are hitting on long pauses,  I think it  pays to use slower sinking lines, and flies that suspend. More pieces for the puzzle that is the unpredictable forebay.

I had a chance to see Mark Baldwin’s New 17.5ft Crestliner which sports a 115 hp Merc. Mark fishes the delta and sais his boat will go 50mph with that motor. Its the largest HP motor the boat can take. The 115 Merc has a small form factor and that the extra power would be useful fishing the delta. I didn’t think my boat could go 50mph. Again, the Hummingbird 360 kept me on the fish by showing me where the schools under the boat were moving. Fishing close to the other boats, it was easy to tell that there was a big advantage knowing where the schools were and moving to them. I could see schools of fish and bait swimming towards the other boats and when they were in the vicinity, the other boat would start catching fish. Typically, I would hunt fish by slowly trolling a fly until I saw fish on the down sonar. When they showed under the boat, I would start jigging the fly until I passed 100 over the fish and stop the boat and then retrieve. I thought that the fish move in lanes and that blind casting a lane increased your chance. After using the 360 for a week, it seems most of the fish move in the same general direction and that the lanes change during the day. I thought perhaps it was random and that the fish move with the bait, but it seems even the bait move in one direction when there are no weeds. I caught fish in 7 feet of water near the islands. The 360 unit does not work as well in shallower water, but I think I need to learn how to adjust it better for those conditions. I also informally tested the theory that playing music in the boat might attract fish. For the four hours that I played music in the boat, The rate at which I caught fish was about the same. Stripers are very sensitive to vibration and if I had to guess, Stripers like the beat of Rock Music over Jazz. 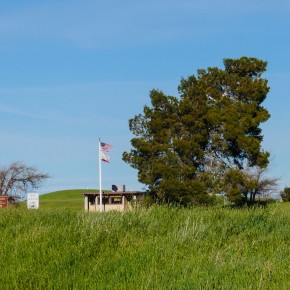 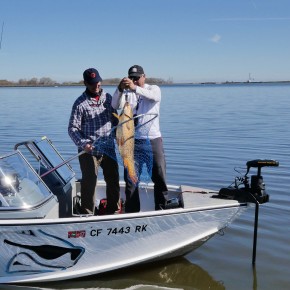 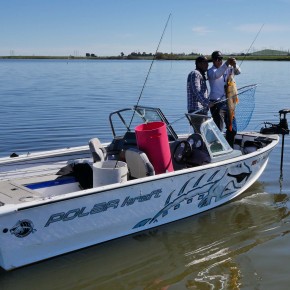 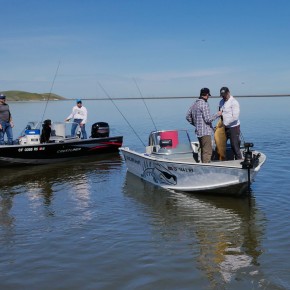 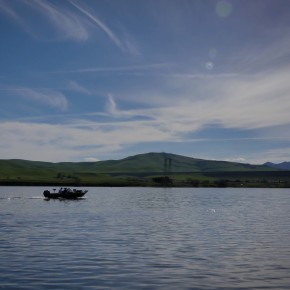 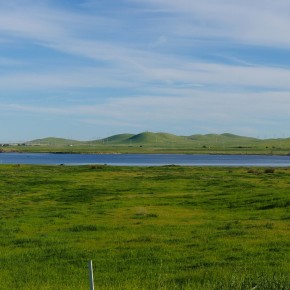 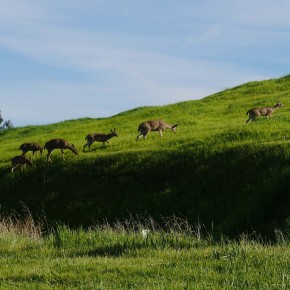 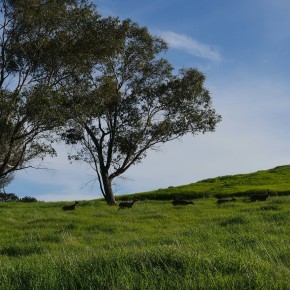