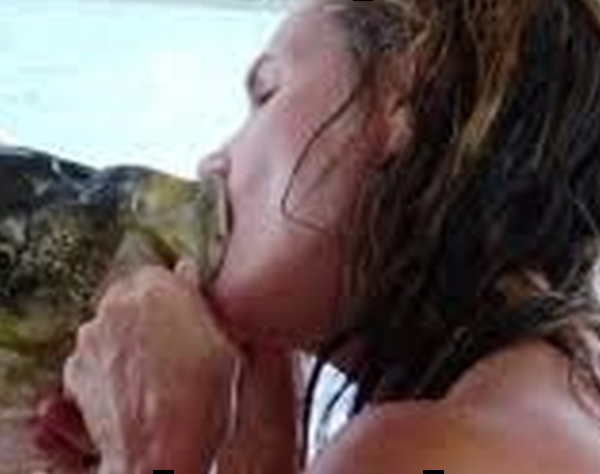 While fishing for redfish in South Carolina last week, We caught a ten pound redfish in the warm shallow Lowcountry Flats that was difficult to resuscitate. I learned from Jeremy that it is harmful to move a fish  back and forth in the water trying to oxygenate a fish  which forces water through the gills backwards. Jeremy demonstrated how to move the fish sided to side instead by rotating it.  I have been wrongly resuscitating fish back and forth my whole life and decided to research this.

Pulling fish backwards through the water is indeed not good for the fish as I had previously thought helpful in the past.  The reason this is true goes to the biology of oxygen exchange in a fish’s gills at a cellular level.  Fish use gills for oxygen exchange between two liquids–the water and the blood.   Unlike humans who exchange O2  between gas and liquid  hrough lungs (alveoli). Oxygen metabolism in the human lung versus fish gills is radically different because the Oxygen concentrations in air which are around 21% is much higher than in water at 1 percent. The human lung could never absorb enough oxygen from water to sustain metabloism  even though scientist in 1962 were able to keep mice alive for a short time breathing hyper oxygenated saline solution pressurized to 160 atmospheres (1 mile below sea level).   Fish are able to absorb O2 much more efficiently  from water because they absorb O2 through gill lamellae.  Water enters the mouth of the fish and flows over the lamellae in the gills in the OPPOSITE direction of  the blood flow in the lamellae. which allows the blood to saturate more efficiently. The arrangement of water flowing past the gills in the opposite direction to the blood is  called countercurrent flow which allows gills to extract O2 at three times the rate of water passing in the opposite direction (in the same direction as blood flow through the gills).   This opposing flow allows fish to reach 80% saturation vs 50% saturation in their blood.    So, direction of water flow is critical for 02 exchange. Pulling a fish backwards through the water deprives a fish of oxygen which is not intuitive to most fishermen who want to aid the fish. The best way to oxegenate a fish is to pull it through the water in the forward direction to increase the laminar flow over the gills and optimize 02 saturation. This is the reason why trout seek faster moving water in low oxygen environments. My research suggests that pulling a fish backwards doesn’t physically damage the gills since there are fish who swim backwards but oxygen deprivation is enough to harm an already exhausted fish. Think of current as wind. without wind, a fish dies. Without wind, exhausted humans find a fan.

The second most critical physiology to consider when releaseing an exhausted fish is Lactic Acid build up. I once quickly landed a 20 inch striper with the intention of releasing it at San Luis Reservoir and accidently killed it. I lipped it, unhooked it, and it violently shook itself out of my hand onto the deck and stiffened up as if it had rigor mortis. I ended up keeping it and eating it but I wondered why it was stunned so easily when I had quickly landed. The physical exertion of a fish while being landed causes lactic acid wastes to build up in the muscles which acidifies the blood and disrupts the muscle metabolism. In short, its a cramp just like humans get. If a fish can not get its blood chemistry balanced back to prestress levels, it dies. Sometimes it takes days for this to happen. Gently rotating and rocking a fish sideways can help dissapate the lactic acid much like massaging a cramp.

Ideally, an exhausted fish that cant swim away on its power after a couple minutes upright should be towed through cooler deeper water (or held face forward in current) while gently rocking it sideways. In addition. Fight the fish hard and fast. Use the right size rod and reel, use heavy tippets, pull hard (hand strip in when possible), keep the fish in the water in case you drop it, minimize hand contact, and take video instead and grab stills off it later if you can.

Much of this pertains to bigger fish, since smaller fish are more resilient and can survive better than the old ones despite our mistakes (much like me). But when that big one gives you pleasure, spend the time to give it it’s best chance at surviving. Don’t let go of it till it gives a strong tail surge and swims firmly out of your grip. It can take a long time, like in the low oxygen warm water flats in South Carolina, but you at least owe it to the fish that fought the good fight.