Sunday, January 14 2018:  Its official,  today, on my first fishing day of the year, I got skunked on San Luis.  I almost forgot what it feels like to have a S$&*T hole day,. Steph got three yesterday, and last week was slow but most guys caught at least a couple.  I really wanted one today but I couldn’t make them eat to save me.   I started out late this morning at 8:30  and the fog was thick.  I thought it might burn off today but when I left the lake,  I couldn’t see across the lake.  In the middle of the calm lake today,  it was like being in the middle of an ocean with no land in sight.  I didn’t want to run and gun for fear I might hit a kayak or float tuber.   Despite the Fog,  the rangers said there were over 50 boats reported launched today from both launches.

As soon as I launched,  I marked schools of bait fish under the boat.  My flyrods werent ready so I grabbed a spinning rod  and cast at the school   On my second cast my jerkbait  hooked up on a dink and I grabbed my fly rods and started casting around for a couple hours without a second fish.   The day started out pretty good with that one dink and got worse as the day progressed,  Starting on the west side coves from the bay of Pigs, I fished the shallows and brush piles on the entire south west side of the lake. with no hits.   I then fished up the dam face to well beyond the guardrail. with no hits.  I zoomed over to the trash racks to find 25 of the 50 boats fishing around the racks.  Watching if any of the trollers were hooking up for awhile,  I didn’t notice any body catching.   It was so crowded that I  couldn’t get close to the racks without hitting someone with a backcast so I probed the Romero area with no luck.  Then I went on to fish the coves east of Cottonwood, the dams near Dino,  Little and Big Windy, Portuguese cove and back to the launch at 3:00.  The other 25 boats were fishing the dams near Dino.

The fog was relentless today. but I know the fishing was slow even for the trollers.  There were only 6 fish at the cleaning station  at 4:00 pm for the 25 boats that  launched at basalt.  Despite how slow San Luis is getting,  others are doing well in Nor Cal.  Last week there was a perfect storm for giant Stripers in the Sac around Chico.  Imagine multiple fish over 20 lbs in one day.    Plus there is some site fishing opportunities in the estuaries of Pajaro and the San Lorenzo coastal rivers

I spent the weekend buying a new truck and replacing the bumpers on the Boat Trailer that have seen better days.   I went though a learning period where I beat the crap out of the bumpers.  While I was truckless, the last couple weeks,  I took time to touch up the boat, change the oil on the outboard, and give the trailer a face lift.    The new truck is a Ford F150 Lariet Crew Cab with the new 3.5L EcoBoost turbo with  the 10 speed  transmission.  Being that this could be my last truck ,  I bought it loaded with latest safety equipment and comforts.   Its hard to believe that you can buy a Ford F150 from 35K to 90K and its basically the same truck.   This will be the third F-150 I have owned over the last 20 years.  Coincidentally, all of my old trucks were bought by a friend of mine who waits for me to upgrade. He knows I take good care of my cars and has put over 100K miles on all of them after I owned them.   It’s a pleasure to drive the truck now with the heated seats, 360 cameras, automatic stop, adaptive cruise control and moonroof to name a few guilty pleasures. 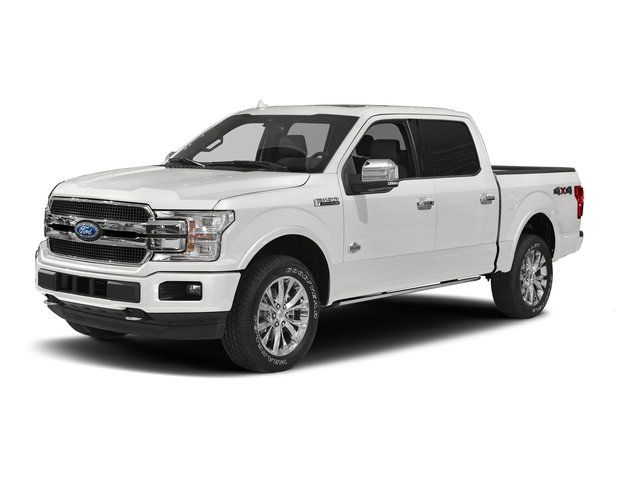 I really love my truck.  According  to Business Insider reports, the F150 was the most popular vehicle in the world in 2017 with a sales of 820,799.  Kelly Blue book posted a report that for some reason, Wealthy Americans  (over $500K) buy more F150s  than any other vehicles.–not why I bought mine though..