Sunday March 26, 2018 – Two days ago Friday, Vaughn had a 20 fish day on the lake with half a dozen fish over 5 lbs.    To me, that is big skill this time of year.  I almost went on Friday  but the weather was on the edge and I had to take care of some work week stuff at the office.  I talked to him yesterday and he was anxious to go out today (Sunday).   He said Friday  the wind came up fast and it was rough coming in.  Last week Nate turned us on to some deep water stripers in the  Portugese Bay coves.    Thats were Vaughn had great luck on Friday and so we talked about meeting up .   I decided to fish from the west side because of the predicted north east wind which didn’t really materialize.   I fished the Dino Dam  and headed south fishing  the shoreline.   Pounding the shoreline for 3 hours yielded only a couple dinks.  The average fish this past year has been around 22 inches and the dinks  are running interference.   I met up with Vaughn and we headed over to Mouse Ears.  Vaughn hooked some dink right away  fishing the shallows,  I metered some big balls fo fish in the deeper water at the mouth so I concentrated on those deep fish but couldn’t get them to eat.    I think they were moving fast.   The water temps at Mouse Ears was 53 degrees.

Vaughn and I split to look for fish  and I headed deep into  Portugese cove because I saw three boats camped out way up the creek.  When I got there,  I metered bait but threw all my flies at them and no love.   I kept one eye on the bait guys and they  were not  hooking up either so I made the decision to take the long  cruise over to the dam.  Nate got a nice one there yesterday and the wind was down enough to make it safely.

Starting at Dave’s Rock and fishing towards Guardrail,  I managed to jig up 4 good fish casting right to the Dam,  making a couple hard strips and letting the fish sit for a couple seconds.   It started to rain pretty hard around noon but I was still getting hits down the damn face  every 20th cast.  Not spectacular but fun. The water was slightly warmer on the east side at 56 degrees.

In the morning I flew the drone to get a picture of the spinning wind mills,   When I edited the film, for the first time,  I filmed a lone fish swimming in the shallows near the Dinosaure Dam.   A couple months ago,  the fish were moving in doubles and schools.  Now they seem to be singles cruising the shoreline for food in the mornings.   I wonder if I knew that fish was there,  how it would react if I had cast a fly to its field of vision.    I bet we fish around lots of cruising fish but just cant see them .    Next time I might bring my DJI goggles out there an look around for awhile with the drone.   I use to do that in the delta to look for birds but I have never purposely looked for fish at San Luis.   It probably showed up as a tiny tiny blip on my 360 sonar.   Its hard to see fish in shallow water when the topology is all over the place since the fish are superimposed on the structure. 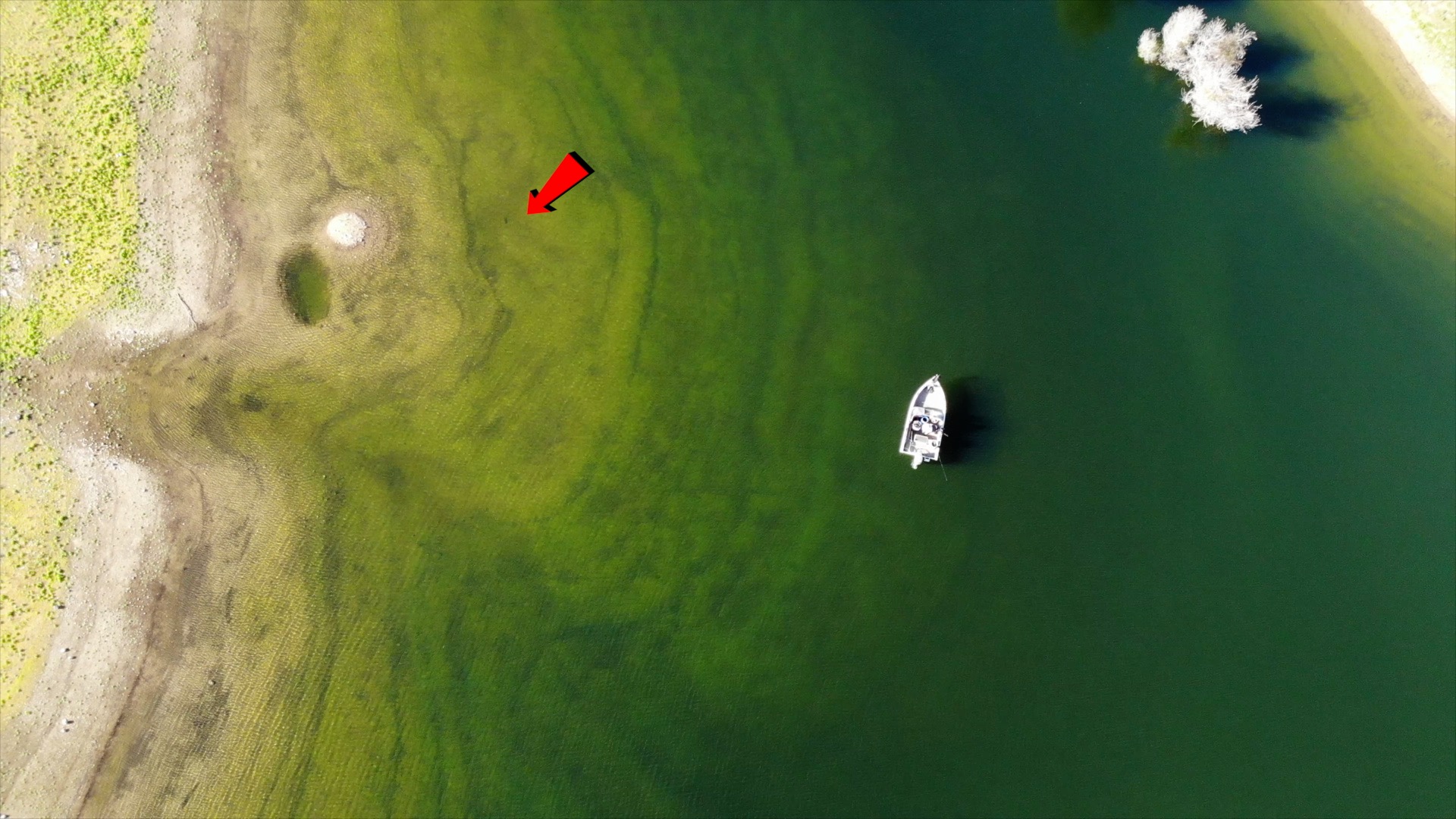 One thought on “Rainy Day Sunday”