“To him, all good things – trout as well as eternal salvation – came by grace; and grace comes by art; and art does not come easy”  -Norman Maclean

We gather as flyfishemen, in our tradition at Henderson Springs, to remember our brothers, to give thanks for their lives; to commend them to the trout they loved in a place they loved. The main event of the trip was to spread some of Jim Cramer and Dirk Reed’s ashes on Frog Lake, one of 5 lakes on the property.   The event took place on April 17 at 11:30 am. in a float tube circle.    In attendance were  Bob Shoberg, Norm Sauer, John Bjorkholm, Trent Pridemore, Mike Balog,  Wayne Holloway,  Jerry Devlin and myself.  That evening, we also celebrated Jim and Dirk with a magnificent bonfire on the shore of Long Lake.  Mark Henderson and Wayne Holloway spent a day with a tractor constructing an epic fire pit with huge boulders from the property.  When we arrived at the campfire,  the flames were ten feet high and framed by a 10 ton bolder.   As Wayne Holloway pointed out,  they were thinking Stonehedge when they constructed it.   I will not forget that evenings campfire\bonfire  with story-telling, roasts and long tales.  Of the different circles of flyfishing friends that I am lucky enough to be a part of,  they all seem to intersect as if there is less than a degree of separation between the groups of anglers that make up the brotherhood of flyfishing.  That night,  listening to stories about Jim and Dirk and learning that we fished the same waters in our life and shared our passion for flyfishing with many of the same people at different times  long before we had ever met,  made me sad that I didn’t know those things till after they passed.   I think that is why you fish with special friends.  Because between catching fish, there is plenty of time to share those things.  For instance, I should have known 15 years ago when Jim Cramer first  put foot in my boat,  that he could not swim. But in retrospect, I feel like there are many things that Jim and I in confidence of fishing buddies that will never make campfire stories. Thank you Jim. I think Jim and Dirk would be happy that they were remembered in this way. 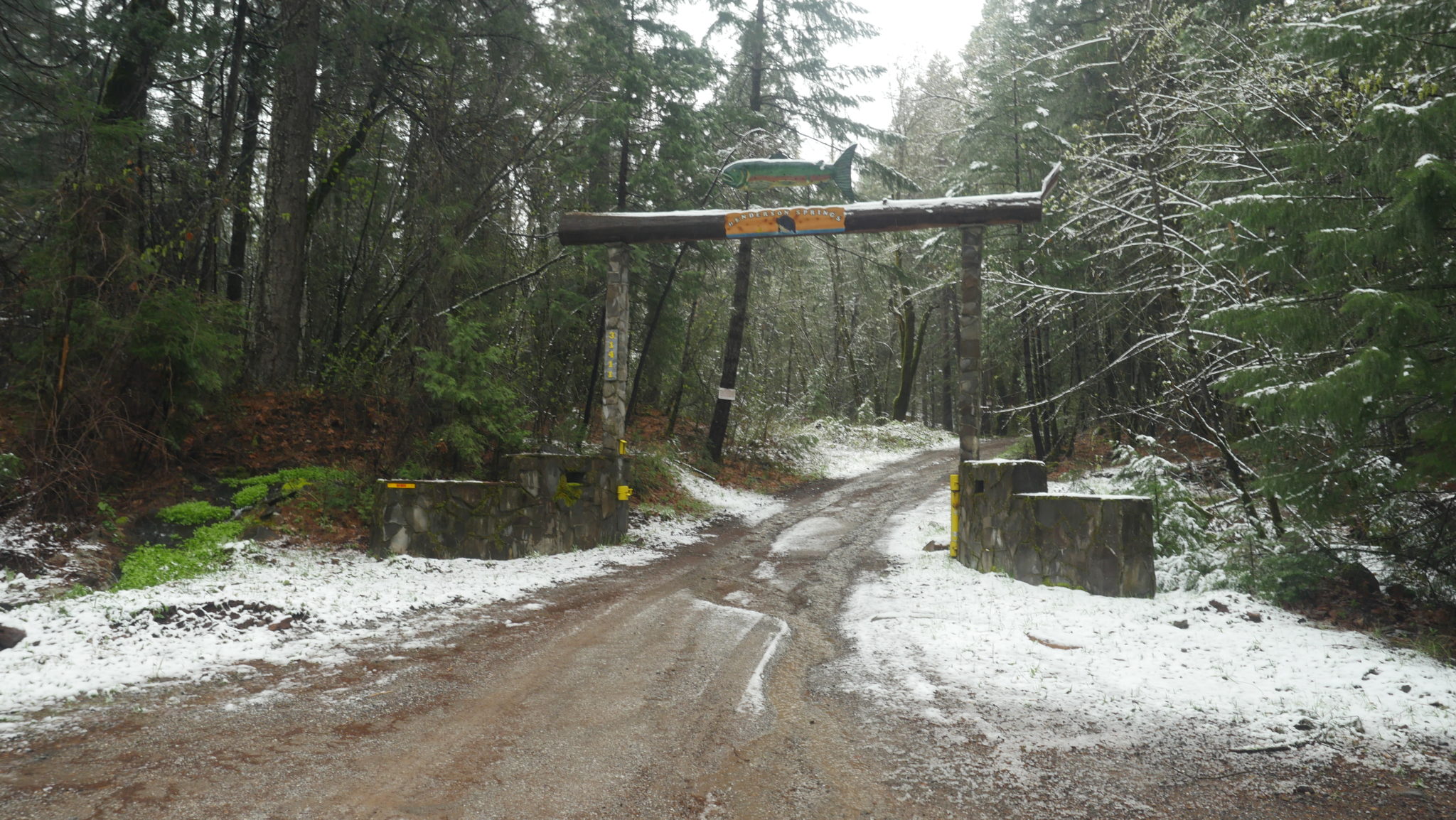 It been two years since I fished Henderson Springs  and I was anxious to fish for trout again.  It’s been way to long and I was beginning to think that the only fish in the world was a striper.   The last three days at Henderson Springs lived up to all expectations.  The most appealing feature of Henderson Springs to me is the variety of ways you can catch quality trout on the 5 lakes and ponds on the 500 acre property.  I must have caught and release nearly 100 trout with a least a dozen fish from 5-10 lbs on Chironomids, subsurface nymphs, dry Flies, and dredging streamers and Hex nymphs.  Mark has established a fantastic Hex hatch on these lakes which goes off in May.  The fish of Henderson Springs Ranch are large and fat. Measuring Length on the fish at HS doesn’t do them justice. They are difficult to hold and they dont give up once in the net. Some are as as  hot and strong as any trout or steelhead Ive caught. 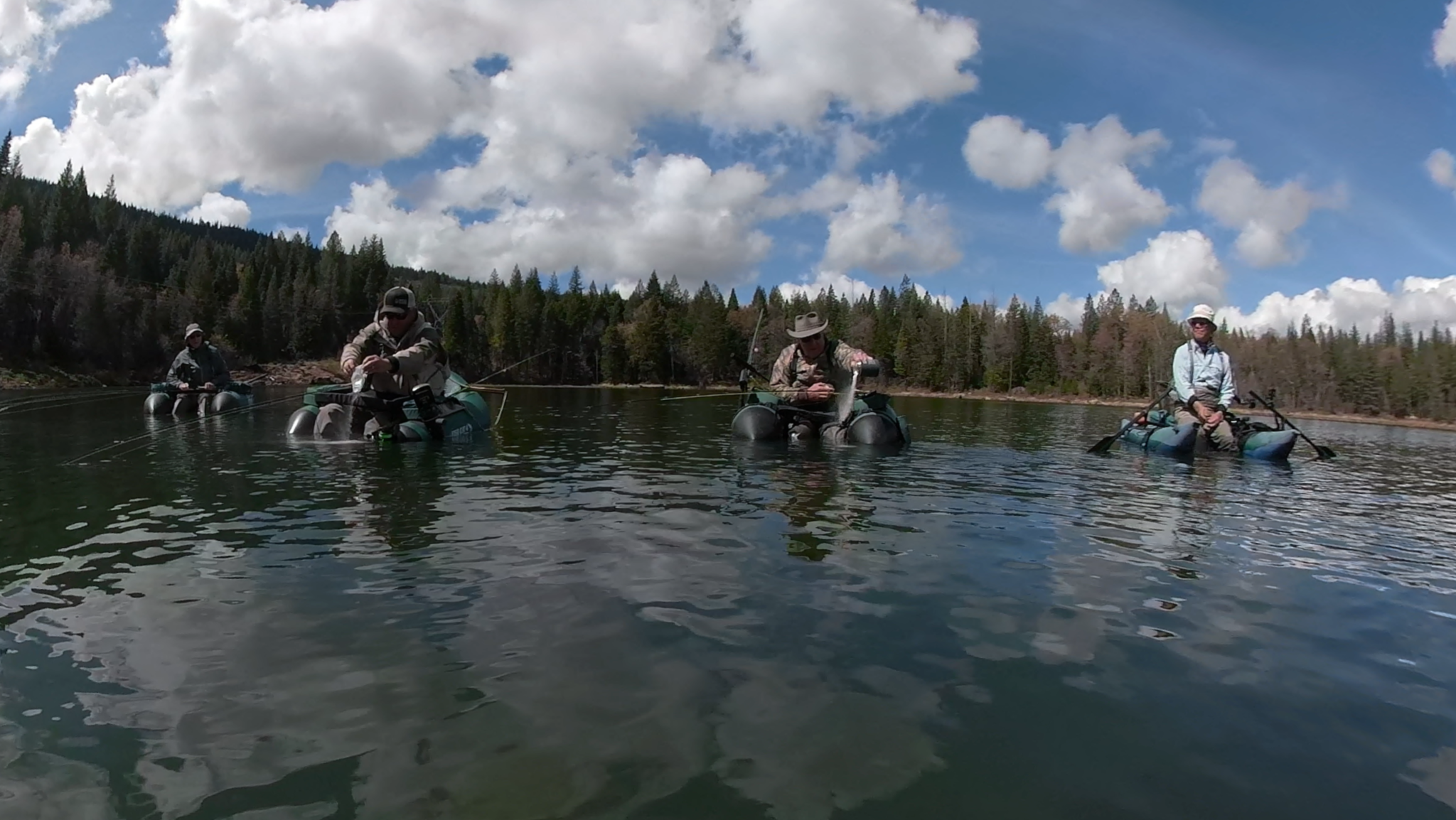 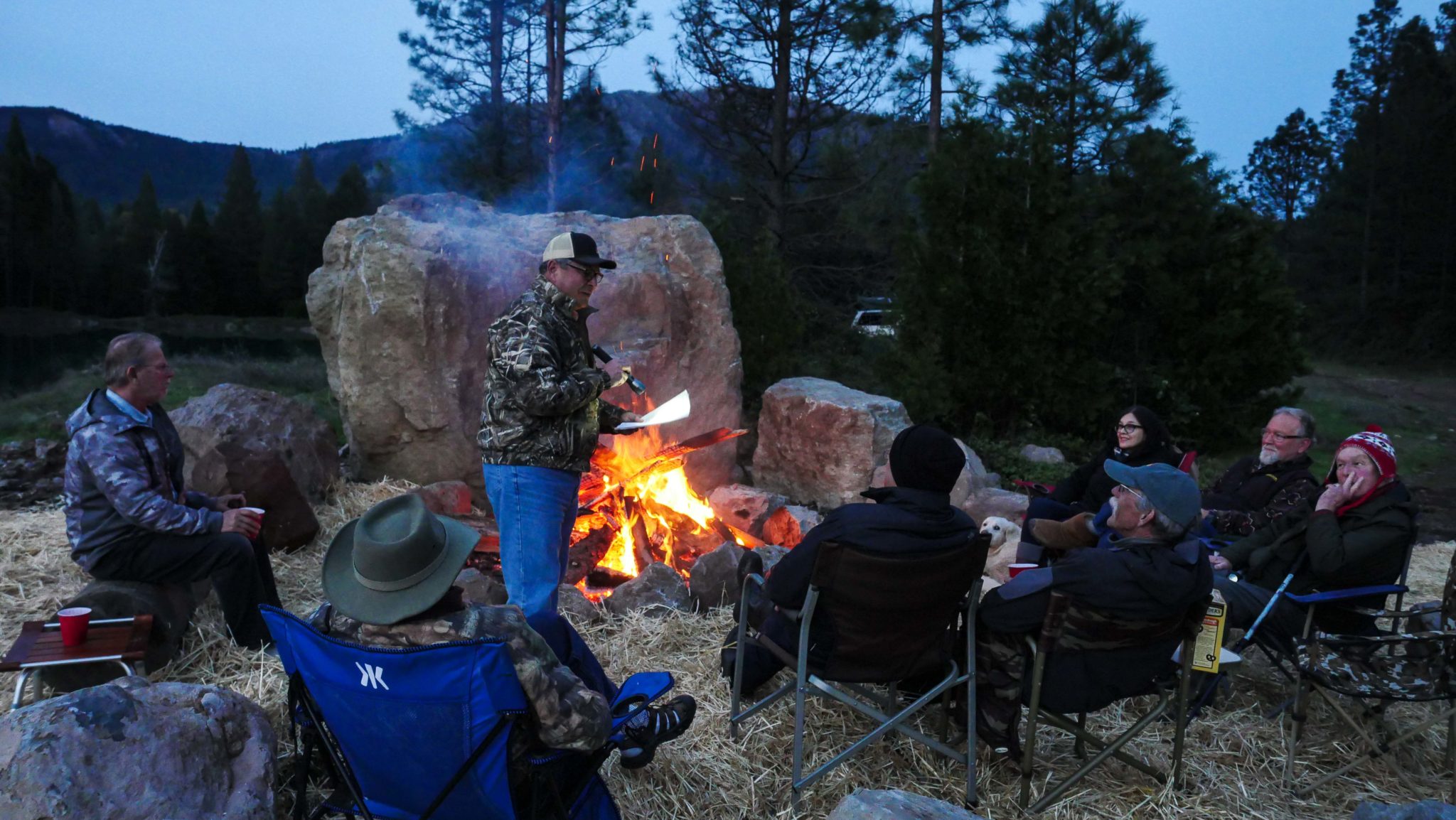 One of the best things that Jim Cramer introduced me to  over the last 15 years that we fished together, is Henderson Springs Ranch.   I thought I had fished nearly every property in Nor Cal but apparently I missed one of the best trout fishing spots in California.    It amazes me how big the trout are here.   They are hot fish  and fight like steelhead at times.  Most of the fish have perfect pink fins with white edges and they dont give up in the net.   Several large fish came to the net almost floating until they saw the net and then it was as if I hooked a second fish.  The big one are hard to hold.   I  thought I was pretty good at holding fish,  but the fish at Henderson are odd.

One thought on “Henderson Springs -Jim and Dirk”