Saturday April 21, 2018 -After a couple days to recover from three days of trout fishing, I found my self drawn to San Luis again. The prelim reports from other anglers suggested that the lake might be turning on. Steph was just as excited to get out on the lake today and we promised to text each other with the secret word “Banzai” if we hit the motherlode.

I launched at Basalt at 8am and the parking lot was oddly empty for a Saturday morning. The lake was a bit lower than last week and I had a glimmer of optimism that the racks might be pumping out and concentrating stripers. This time of year, depending on the water conditions, the stripers start to get pumped up to spawn as do I to fish. A good full moon and some wind current means a hot bite at the racks. I decided to work my way to the racks starting with the shallows east of the Bay of Pigs. I found some small schools of dinks and picked up one 20 incher fishing “Parking Lot. When I got to the BOP, I could see the Dam Police parked right on the dam. When I would work south, the car would line up with me on the dam even though I was a quarter mile away! Maybe I’m paranoid, but it seemed like he was watching me with binoculars and moving on the dam as I was moving. I ignored him and kept glancing at the racks and saw boats all over. I was sure it would follow me as soon as I headed over there. At 11:00 the car disappeared and I started to work the Dave’s Rock to Guardrail milk run. I picked a couple nice fish on the slow retrieve under the mats of algae that are starting to form. I think the algae changes the dynamics of fishing the dam. I felt the fish were there under the algae not moving enjoying the shade. The sun was warm and there was a 5mph wind on the water all day. I checked my messages at 11:00 and texted Steph that I had 7 fish and two good ones (a 27 and a 20 incher) and continued to fish up the dam to the racks. I knew Steph was headed to the racks at 9am. I got a phone message at noon from Steph that was short and sweet -Banzai at the Racks.

As I approached the racks from BOP at around 12:30pm, I didn’t see any boats inside till I got close. If you fish really close or on the Romero Side up close to the rack, you cant be seen from the BOP. Steph was pounding them inside the racks and had 10 by noon while I was babysitting the Dam Police till 11:00 at the BOP. That’s called running interference. Steph was fishing the south corner so I went to the north corner. I saw big schools at 30 50 and 100 feet down. When given a choice I pick 30 feet. I casted out and counted down. At 30 seconds, I fished the fly with abrupt strips and long pauses which has been good for me in past years. It took three casts but I got a hard slam on the strips and the game was afoot. Steph and his buddy were hooking up consistently. I like to fish the racks downwind so the drift keeps the fly tight and I consistently hooked fish on the 30-150 count on the slow wind drift. Steph was fishing around the rack and I waited for my turn on the inside where I saw Nate last week do well. I love that side. On my first pass, I made a dozen casts and only caught a couple fish with the standard retrieve. One of the fish i caught on the inside brought a school of fish in with it. They turned around and went back into the racks when I lipped the fish. Over the last years, there are times when the fish like a really fast moving fly over a slower jigged one. I recast to the same spot, counted to 30 and stripped the fly back as fast as I could 3-4 times with a pause and hooked up again. I hooked fish on the next six casts counting down 30 -50 seconds and stripping the fly in as fast as I could with pauses. I prefer a flashtail clouser over my standard craft fur flies for the fast retrieve to get more jigging action on the pause. I dont use a pulse disk and I feel like I hook fish better with that retrieve minus the pulse disk. The rest of the afternoon till 3:00 was a blur. Three hours of non stop hooking stripers on a 30 count and the fastest retrieve I could muster. I ended the day with over 30 fish- at least 25 at the rack and 7 off the dam and from the BOP. Thanks to Steph for the “Banzai”. The Suicide Grab is on like Kong at the racks. 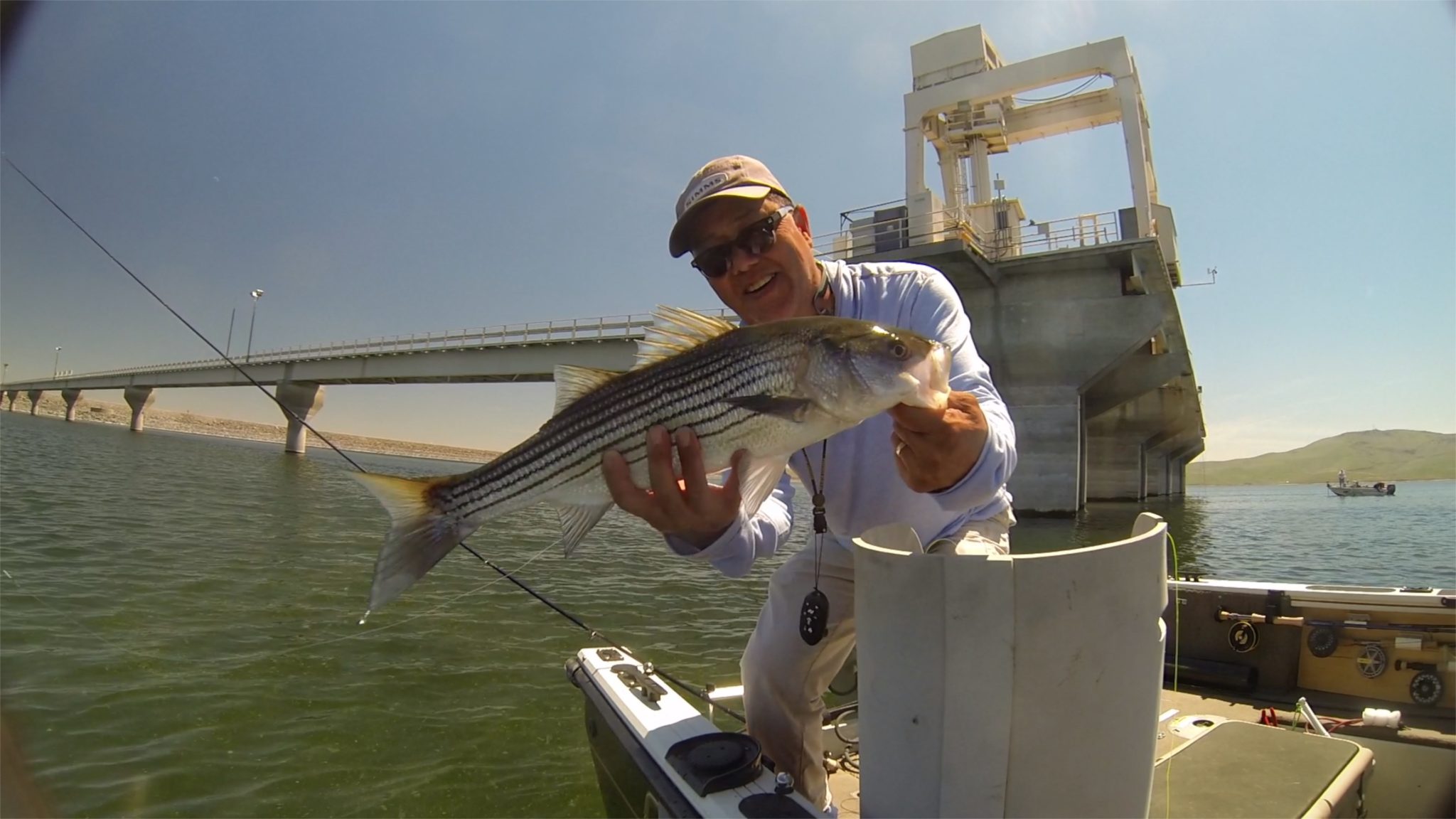 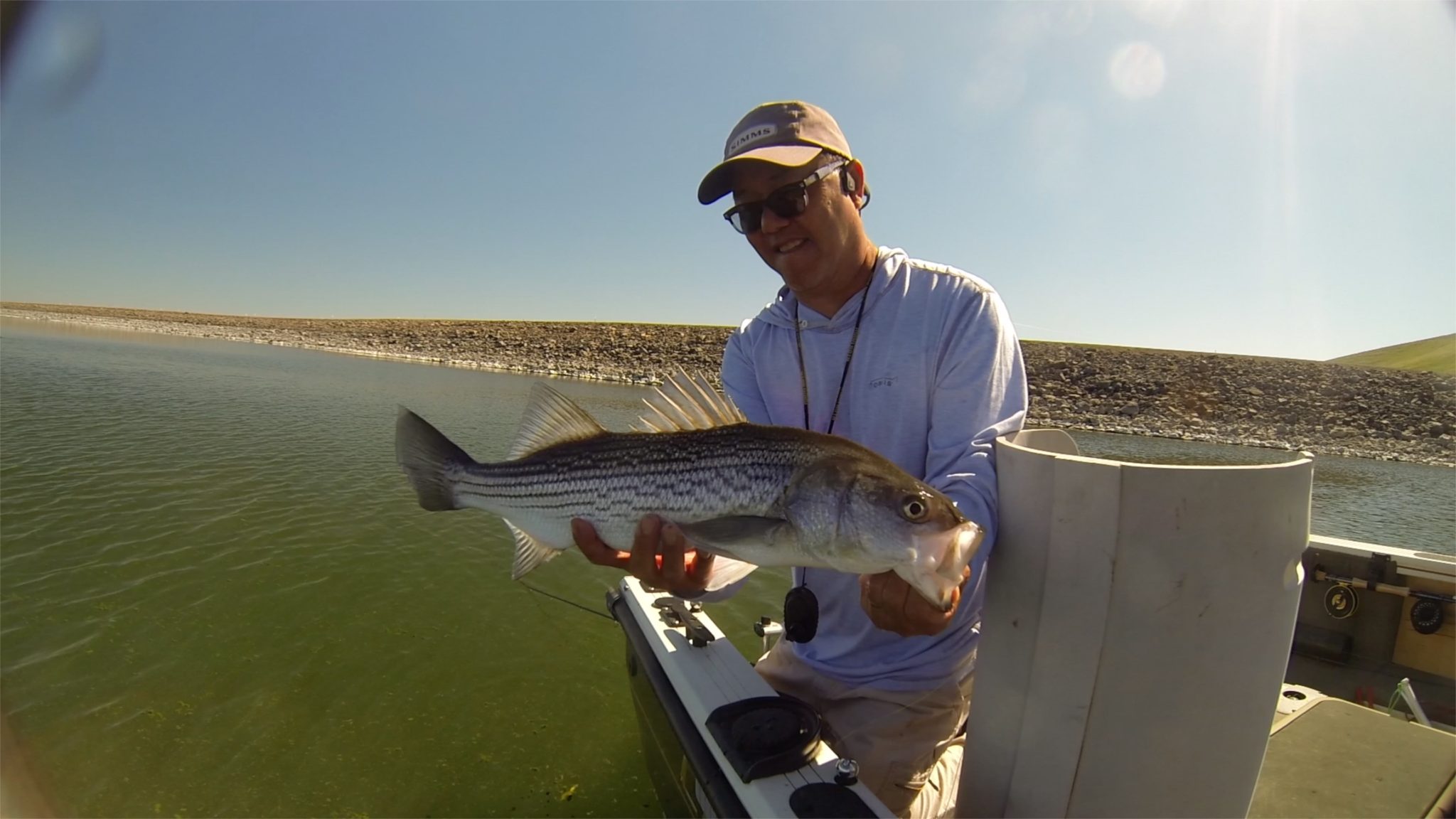 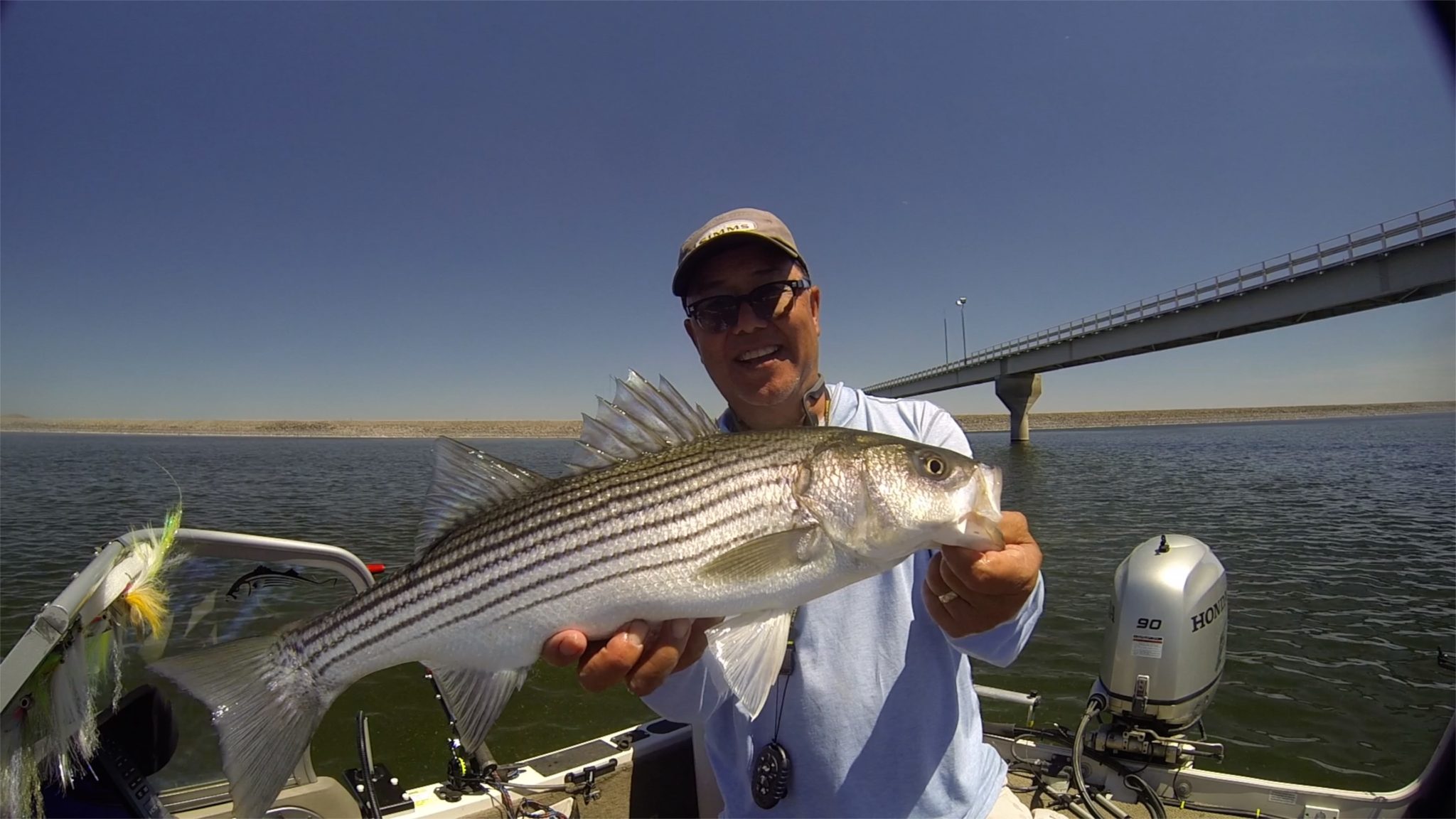 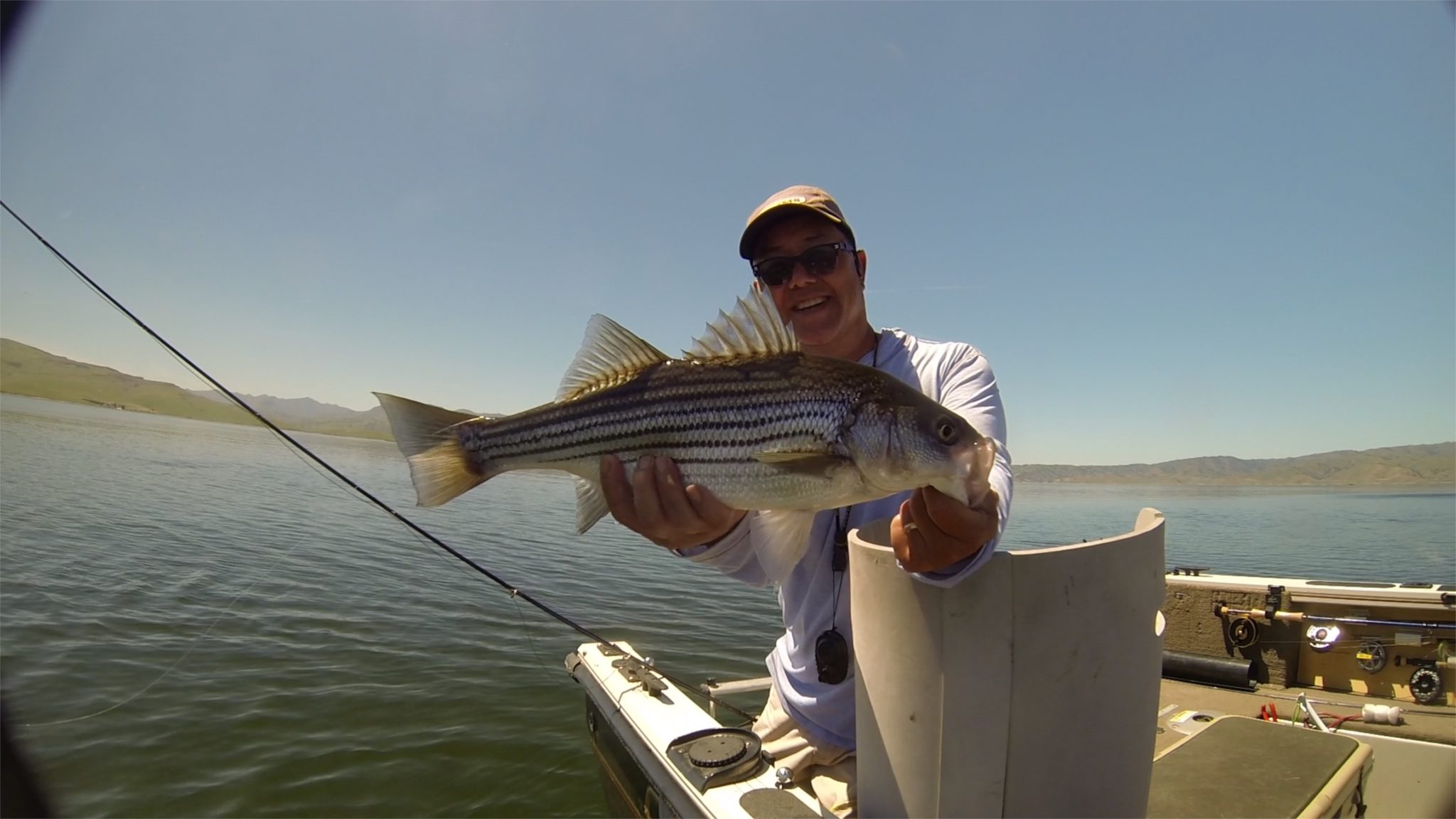