The nation is a buzz with talk of Oroville dam this week . Oroville dam is the tallest dam in the nation standing 40 feet above Hoover dam. It is the second largest man made lake in California.   Last weeks spillway malfunction resulted in 100,000 cubic feet of water per second blasting into the Feather River and down through the delta. 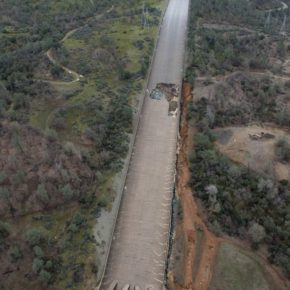 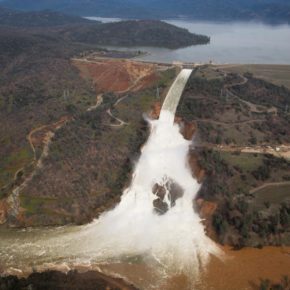 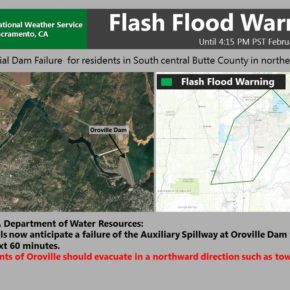 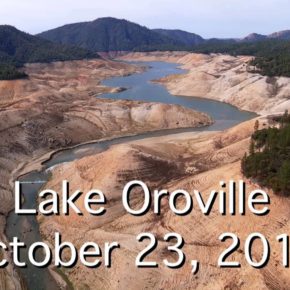 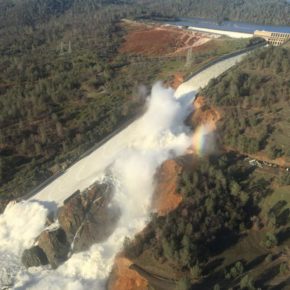 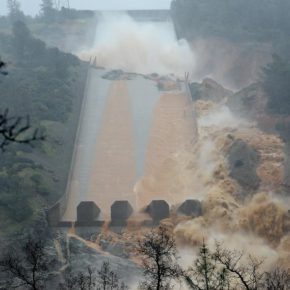 As a fly fishermen, Not only did the event flush through the delta, it threatened the Feather River Fish Hatchery that is responsible for rearing nearly ten million salmon and 450,000 steelhead smolt a year into the Delta system .  The hatchery is responsible for over half the annual ocean and river salmon yields. Last week a wall of mud smashed into the hatchery killing thousands of smolt and fry. Quick thinking by the Fish and Game resulted in the relocation of 6 million Chinook salmon and all there steelhead eggs to the Thermlito fish hatchery.

When salmon are released in the river, of the millions that are released, only one percent come back after three years in the ocean. It is typical after big water years to expect an epic salmon season three years later. Time will tell.

The high release of water by Oroville and the relentless rain has also put pressure on the delta levees. Some of the levees along the Mokelumne River near Walnut Grove were intentionally breeched to relieve the pressure on the delta system by flooding the McCormack-WIlliamson Tract in Sacramento.

The Delta is in danger of multiple levee failures this rainy season and is flowing higher than it has in years. Depending on the next couple month of the rainy season,  we could be in for some major delta events if the rains dont let up.  Vaughn sent me this pic showing the effect of the rains and Oroville spill on the color of the the bay and delta. 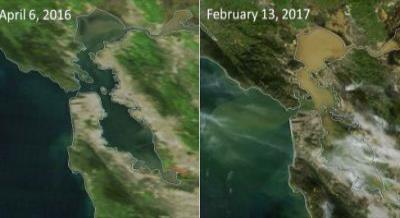 The pumps have turned the Oneill Forebay the same color as the feather river below the dam and the fishing in the Forebay in this last month has been dreadfully slow.  Luis Reservoir is above 90 percent but the fishing is tricky and sporadic.  At least the water is relatively clear. This month some skilled  flyfishermen have fished the forebay and lake with not much luck.   Last year at this time, the forebay was starting to pick up. In fact it was really pretty good.

I was cleaning out my hard drive and found the raw footage from one of last years big fish. Its not as fun as actually fishing this month, but it will do when its raining. A re-edit of a great day on the lake.