Monday April 22, 2018 -There is no doubt in anybody’s mind that the Trash Racks at San Luis is the premier place to catch a big fish or lots of fish. When the pumps are on, bait and bass make their pilgrimage to the currents and eddies that the huge pumps on the trash rack create when water goes in or out of the lake. The trash racks consist of 4 huge concrete towers that have giant grates on them . Water in and out of the lake go through the racks to the other side where the Dos Amigos Pumping Plant Pumps water through huge pipes with 6 pumps in and out of the Oneill Forebay. 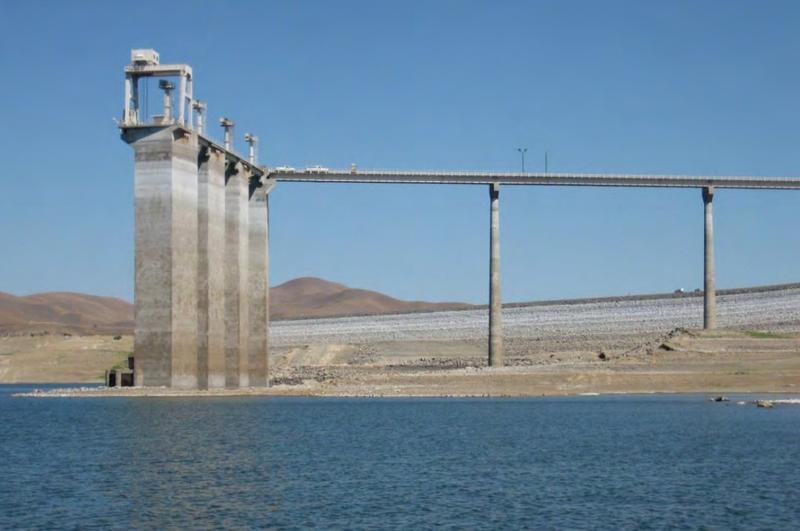 The hardest thing about fishing the racks at San Luis is not getting kicked out. After 911, someone in the Department of Water Resources decided try to keep fishermen 500 feet from the trashracks for the Safety of the Dam. I was told by DWR people that it was implemented to safeguard the structure from attack. Anyone that knows how difficult it is to blow up a Dam or structure like the Trash racks and has gone through a Quanga muscle inspection knows that there is no way this silly rule and a dam babysitter does anything but provide a taxpayer funded salary to a monitor that yells at fishermen. Oh yea, they have a car horn siren on the dam that works by remote control as well that they use when they dont feel like driving down the dam to kick you out. I was told by the Kiosk Park Personel that the DRW babysitter does not have the power to issue you a ticket. A ranger has to be deployed by boat, and catch you “trespassing”. There have been many days and afternoons since 911 that the dam is left unattended.  If its not guarded 24/7, whats the point?

So you want to fish the racks but the Dam Babysitter is watching. I use a Nikon golf rangefinder to determine the line that I have to stay behind. Unfortunatly, I haven’t perfected the 500 foot cast but I have though about using my drone to drop my fly next to the rack. Its a good idea to mark a waypoint on your trolling motor if you can or on your chart so you can quickly exit to that spot should you drift into no mans land and the babysitter comes checking. I have never seen the thought police hassle anyone that was already moving out once they pulled up. If you see them, its best to just retreat to the line, and look for fish around the front and sides of the dam.

That was todays plan. Vaughn had a great day yesterday with no monitors. Today there were trucks working on the racks and a babysitter driving up and down the dam till 2:00. I fished the BOP and Romero while I waited to see if the racks would clear,  Frank from Modesto in his red Tracker was fishing Romero with me in the morning and I told him to hold out till the dam police left.  Three years ago we slammed them inside the racks for a couple hours.   I didnt see him in the afternoon but watched him at the racks in the late morning.  I would wait till later.   Maybe the government workers would go home early on a Monday. Today it was dead calm in the morning and you could see large schools of Shad circling the rack 1000 feet out. I played with those schools of fish while the Dam Police watched . To my suprise, I hooked 15 stripers outside the 500 foot Mark in deep water south of the racks. I think the stripers were following the shad. Several times while landing a fish, I could see 10-20 fish come up with hooked fish all the same size. I had sever shots at hooking a second striper with my left hand but couldn’t convert. One of these days thats going to happen.

Finally at 2:00, the workers all left and I was alone at the racks to have my way with it. The fish were down from 30-50 feet. A 30 count was good for most of the time and when it stopped working I counted 40 and caught fish. Im sure that the fish like to circle those cement piers. Maybe the bait is more visible against the cement or the currents from far below attract baitfish and they hug the walls.

Like day before yesterday, the fast strip did the ticket. At the very least you had to strip several times as hard as you could and pause to get their attention. A technique I like that I learned fishing for Golden Dorado is that snapping your rod up in the air created a jump in the fly that you cant achieve stripping. Its that burst of speed that catches their attention and drives them nuts. Ive seen the effect this snap has on fish in the shallow water of San Luis when a fish is following a long time and Im stripping as fast and sharply as I can, I often can get a picky fish to jump on the fly when I pause and snap the rod up sharply which jerks the hell out of the fly. Just make sure you pull the slack out of the line fast because often the fly is in the fishes mouth right after the snap.

I ended up catching my body weight in stripers today and lost count after 40. I actually ran out of memory on both my looping cameras with 32 gig SD cards in them. The south end of the racks had smaller 18-20 inch cookie cutter fish, The north side later in the afternoon had bigger fish from 20-24 inches and all were FAT fish. The water temps are around 61 degrees at the racks now which is approaching the ideal spawning temps (63-64). The winds came up an hour before I left the racks and it was a slow ride back to Basalt but worth staying out in the wind. The wind actually made the fish rise in the water column and I only had to count to 20 the last hour. I fell in love with my 360 sonar again today. I wish I had filmed more of the sonar, it amazing how many fish were down there around the racks.

Next week is my son Mark’s White coat ceremony at Chicago Medical School. It’s going to be a long two week to get back the the rack. This last couple weeks I would not bother getting up early. You have much better odds fishing the racks unsupervised from 2-7:30 in the afternoon. Frankly, an hour of the rack is enough to satisfy me completely but I kept saying one more for two hours. I finally left when I noticed white caps across the lake. The slow ride back gave me time to be thankful for a great day. 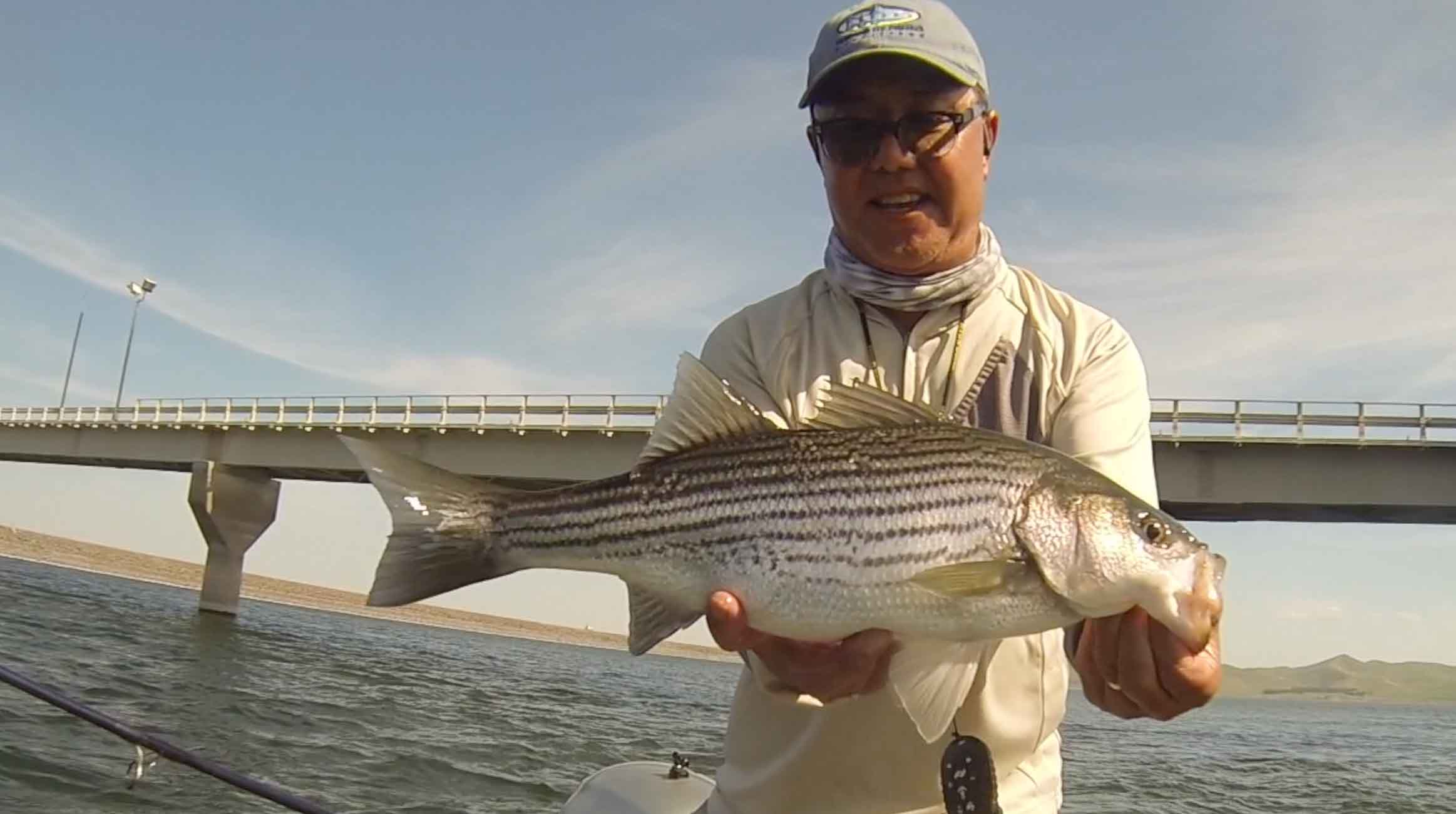 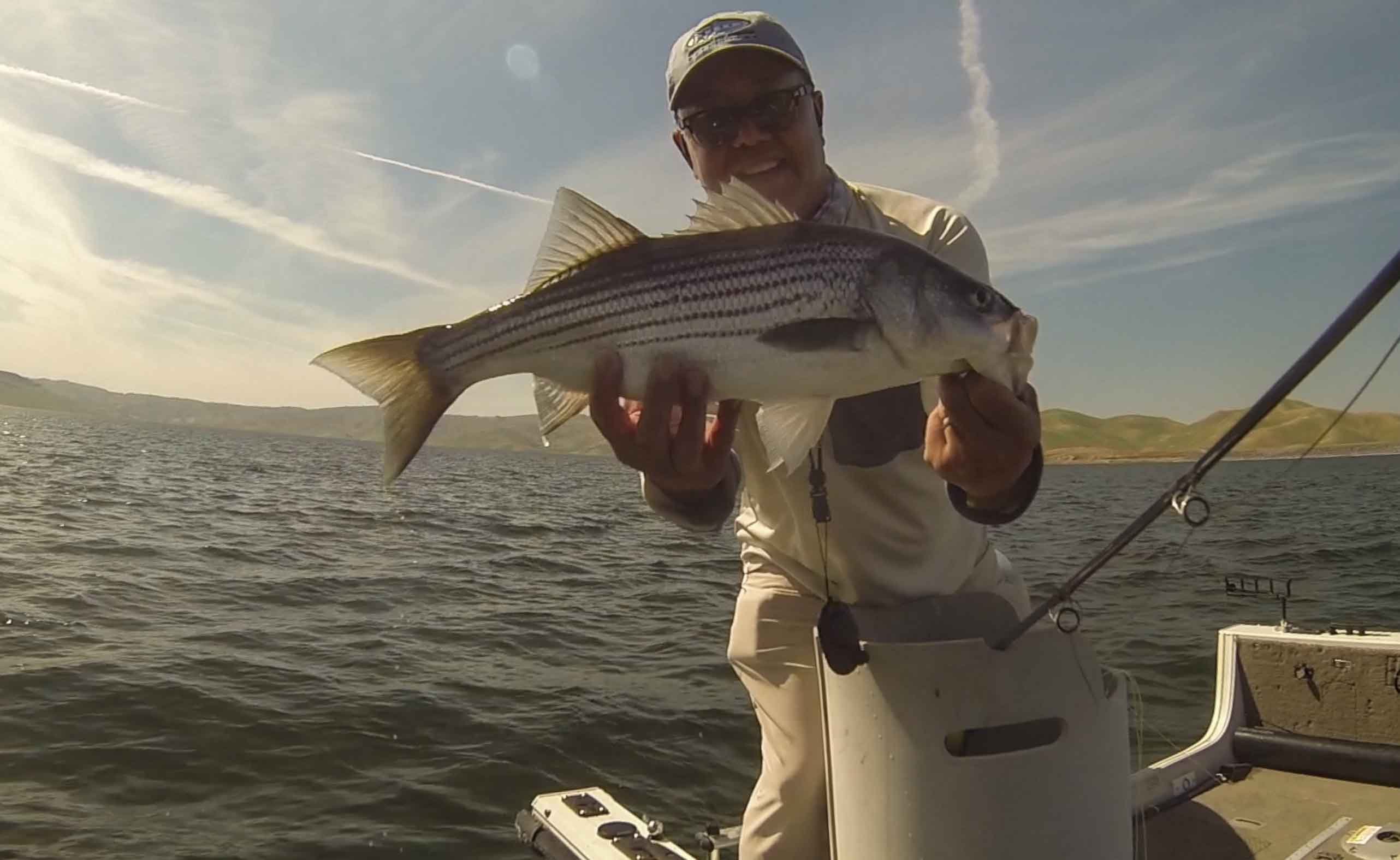 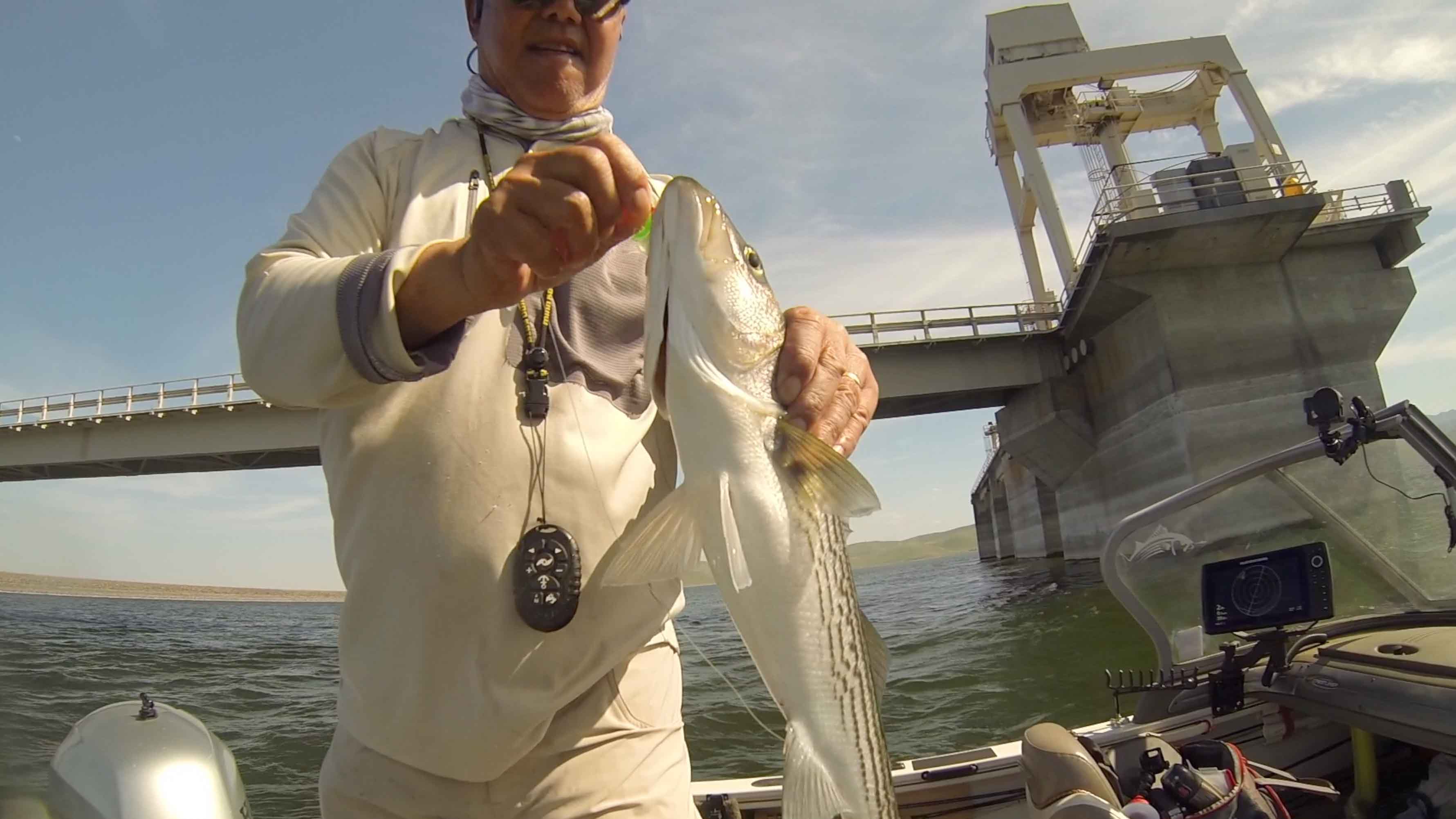 2 thoughts on “How to fish the Racks at San Luis”