Monday September 24, 2018 – I love the Fall at San Luis–the calm days, the big fish at the racks and the cooler weather. September is almost over and unlike Septembers past, I have not brought a really big fish to the boat this year. I remember the lake last year at this time was much higher. How the DWR decides how far to draw the lake is some sort of voodoo science. The pumps were off today and the Dam Police started work at 1:30PM. I ended the day with a dozen fish and left the lake at 2:00pm when thought police showed up.

There was a full moon last night but the wind forecast predicted glass and the Solonar table was 4 stars. Like full moons in the past, I knew the bite would be better in the afternoon. The peak solonar period would start at 12:30 in the afternoon. Ive noticed int the past that fish that eat all night, get hungry for a snack in the early afternoon. I got to the Basalt Launch behind two boats at 8:30am and headed right to the racks–no patrol till 1:30 today. What a difference from last weekend. As soon as I went into the racks, it seemed three other boats followed me from different parts of the lake. There were no fly fishermen around all day but I talked to some trollers, and as Vaughn and Mark reported yesterday, the fishing has been slow. I fished around the racks hard with 30 and 60 second drops and only dredged up a couple 18 inch fish. It was not happening in the morning.   I fished the dam to Romero and picked up one dink and then gunned it to the Bay of Pigs and fished the really shallow water. There are huge schools of 1 inch minnows in the shallows all over the lake and especially at the Basalt boat ramp. I did not see any fish working those schools all day and I used my binoculars to scan for busting fish on the smooth lake all day with no sightings. Maybe they are full. I only picked up a couple small fish in the BOP and a couple at Romero.  The morning was pretty bad.   I decided to get setup at the racks again for the Solonar Peak. I still anticipated a late bite and this morning,  a bait fisherman anchored his boat on the south side of the racks which I like to fish.  He was gone by noon so  I fished the back of the racks from noon  till I left which turned out to be a good decision.  Fishing was pretty constant fishing behind the racks  after noon.   Interesting observation today was that there was a school of fish parked between the rack towers on the sunny side 40 feet down. I could see them on the Sonar and they were stationary   The pumps were not on which usually scatters the fish.   . Almost every cast to that specific spot after a full 60 second count got something.  The stripers were short striking the fly as soon as I would start the snap retrieve and it was difficult to stay tight on the fly 40 feet down with 35lb running line.   I fished two rigs with the same fly today. The fly of the day was a small size 1, yellow, red and white craft fur minnows with a little hook shank weight.  This fly jigs well and has lots of motion on the drop. One rod had a Rio OBS with integrated running line and the other had 35lb OPST Lazar line and 28 feet of Lead Core. The 35 lb LaZar line is definitely too stretchy to fish effectively at depth. It was like setting on fish with a rubber band.   I think the heavier mono shooting lines dont stretch as much so Im changing it over to 50 lb. 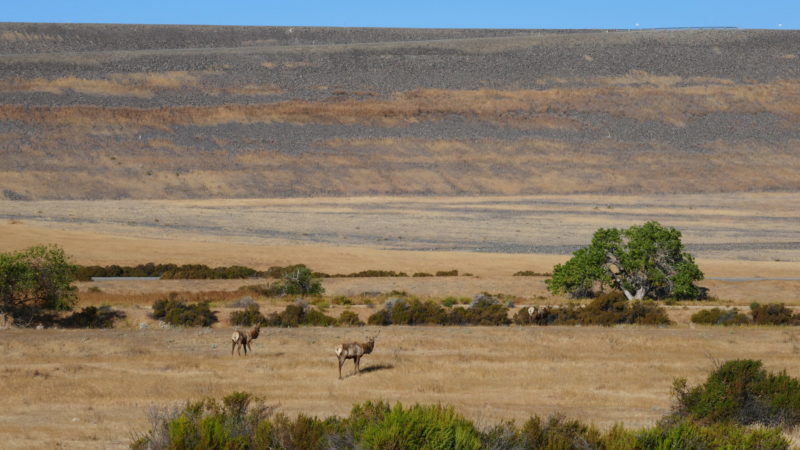 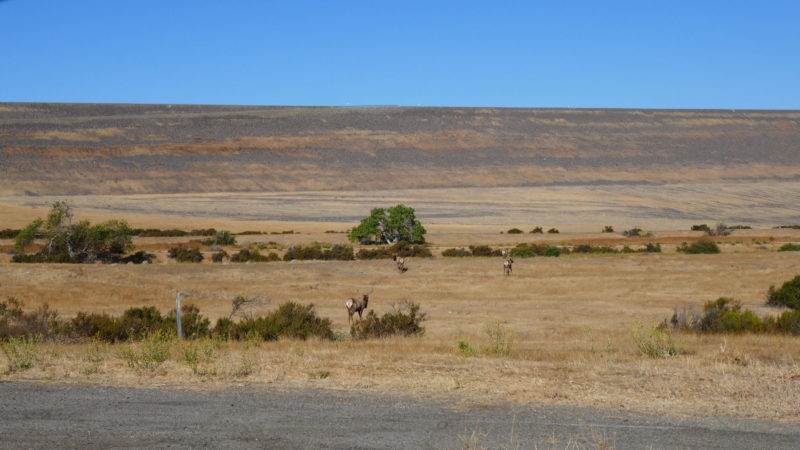 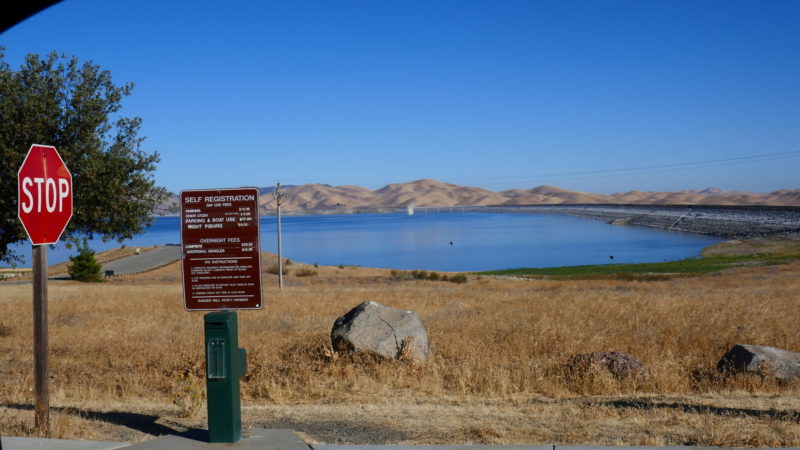