February 22 – March 10 2019   The Panama Canal is the only place in the world where you can see the sun rise on the Pacific and set on the Atlantic. The canal is 51 miles wide and consists of 3 locks up and 3 locks down from Gatun Lake. The building of the Panama Canal is one of mankind’s greatest achievement and cost 25,000 workers their lives to build. Today, there are two sets of locks. the older locks accommodate smaller ships and the new locks can accommodate some of the worlds largest ships.

Last year, Doug invited us to join him on a 14 day Disney re-positioning cruise along with our good friends Frank and Kimberly. It would be our 6th Disney cruise and our first without our kids. It was hard to say no, since we have a special bond with the Disney Cruise line having sailed on the Magics maiden voyage over 20 years ago.

As it turned out, of the roughly 2100 people on board, 90 percent were return Disney cruisers with more than half greater than 6 Disney cruises. The record was a person who had been on over 70 Disney Cruises. I had a chance to talk to him and he lives in Florida and hops on the Disney Cruises from Port Canaveral on last minute deals. I might consider that with Gina if they took off from San Francisco. We all decided on the early Dining which turned out to be ideal. Disney has really improved there adult cruising experience. Palo’s, the adult restaurant has gotten even better and we had a chance to eat there three times over the 14 days. Gina and I had a chance to enjoy 5 days of Sensa Spa and now Im thinking of building a  steam sauna in the backyard next year. Gina and I ran a 5K on Castaway Key and we spent a little time each day working out in the ships gym and enjoying the Wet Dry Saunas and heat beds. With 8 at sea days, there was plenty of time to try a little of everything on the boat. I must admit that Gina and I became kids again dressing up as pirates, hanging out with Disney Characters, and participating in all the family activities without kids. I thought I might get bored but the food was great and there were tons of things to do. There was never a dull moment.  Disney is targeting adults these days with updates to the all the ships increasing the adult only areas.   Smart I think, in lieu of the fact that there were probably less than 100 kids on the ship on this sailing.   The entertainment is stellar.  Gina and I took more dance lessons that we had our entire lives – it was tons of fun.   We caught up with all the Disney Movies we haven’s seen since the kids left.  With Disney owning the Star Wars franchise, and the Marvel Comic movies (accept for Spiderman),  we caught up with many of the non animated  movies we had missed as well.   They even pre-released Captain Marvel on the ship in Dolby 3D.   There were two movie theaters on the ship showcasing Disney Movies.  The Buena Vista is a traditional theater with a giant screen,  fantastic sound system and tons of food options.   I liked the Funnel Vision theater on the top deck in front of the pool where they showed midnight movies.  I have fond memories of watching movies  on those deck chairs with the kids sipping hot chocolate.  It was just as I remembered.   Pretty cool to  look to both sides and see  a beautiful moon over clear and calm seas.  On a 14 day cruise,  there is so much less pressure to be running around every minute of the day.   I would do it again.

I must admit that I was thinking a lot about fishing during the cruise. A couple of my friends texted me concerned that I was ok since I hadn’t posted a fishing video or report for a couple months since Jurassic Lake.   I really got fishing twitches when I also noticed that one of the shore excursions offered by Disney on  Castaway Key was a flats boat fly fishing half day excursion on the island which was formerly known as Gorda Key and I didn’t book it.   As some may recall, Flip Pallot use to fish Gorda key on his famous TV show Walkers Cay Chronicles. Twenty years ago, I actual caught a bonefish on a fly off the adult beach but I was persuaded not to bring gear on this trip by Gina.    I’ve silently added catching a Disney Bonefish onto the bucket list.  There were lots of fishing opportunities in all the ports.  I  even spied a huge tarpon in the first gate of the Panama Canal but I think it was good therapy to just old fashion “sightsee”  with Gina for a couple weeks and unwind with no fishing or dentistry.   A man must learn to relax and slow down. 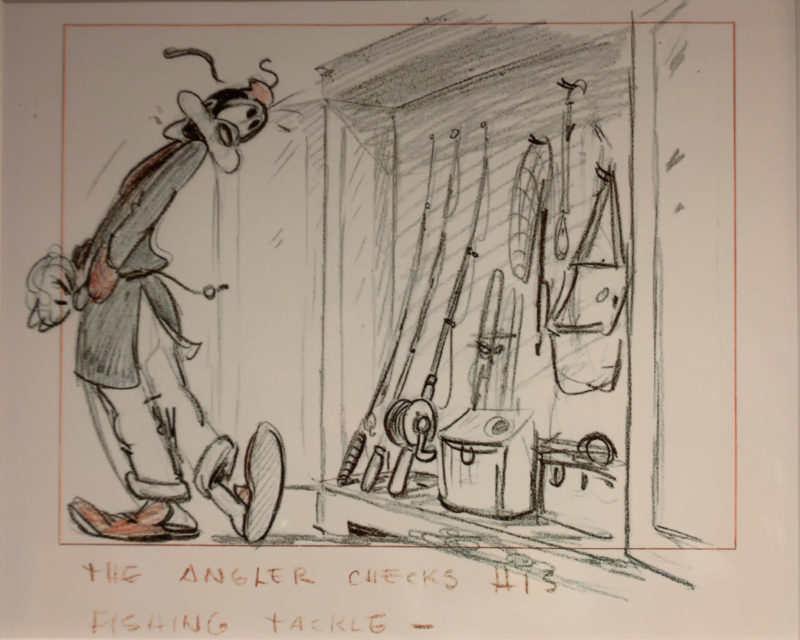 The Panama Canal was amazing and the highlight of the trip.  Even though we didn’t stop in Panama City,   I learned from some of the locals that Panama has lots of sport fishing opportunities.   You can catch Marlin, Tarpon and Peacock bass in the same day if you planned it.   One of these days,  I think it would be good to explore the Panama area with a fly rod.  As we traveled through Gatun Lake, I could see peacock bass  cruising the shallow sandy bays.   It looked just like the Rio Marie.  The Habitat was just like the Amazon.   The waterways around Panama represent uncharted territory for me now.

As with all trips,  I learned of things I need to bring on the next one.   Kimberly turned me on to “Shoe Deodorizing Balls“.    I am putting them in my wading shoes and wetsuits and they work great as well.   Every one in our group got sick for a few days with either respiratory virus or food poisoning.   I had a day of it but others had less sever symptoms that lasted days.   I should really bring enough Cipro, Pepto Bismal, Tylenol and Imodium or Lo motile for multiple people over 14 days next time just in case.   I tapped out my pharmacy pretty quick.   After returning from the Trip and reading the Cruise Forums,   it seems we were not the only group with problems.   I don’t think it was a kid born outbreak but, we were taking the gastronomic tours in Columbia and Mexico that I think were the culprit.   Noro Virus is the most likely culprit.  With an incubation of 12-28 hours, its passed through the air,  human contact, and food contamination. Only the best face shield with protective glasses can protect you from the virus.  You can even catch it from a sick crew member on the last cruise touching the stair banister before you even boarded.   There is no hygiene regiment in my opinion that can really protect you if its on a ship.   Next time Ill treat cruiseing  like Christmas Island and do a prophalactic shot of Pepto every morning.  That’s seems to have protected me for years at Christmas when everyone was getting sick around me.   In two week we head to Australia on the Dave Koz Jazz cruise – more non fishing vacationing with Gina.    Maybe Ill hit San Luis this weekend just to see If I can still cast.     My next planned fishing trip will be to Henderson Springs in three weeks and Ive been tying flies and getting gear ready for that trip.

Memories from the Cruise