Monday August 27, 2019 – After a week in Charleston not fishing,  I was excited to get back to the lake as soon as possible.  The wind pattern has changed and calm hot days are the norm this month. I got to the lake at 7:00 and it was already about 80 degrees.  I was only one of three boats on the lake all day.  Most likely, people were afraid of  heat exhaustion, dehydration,  and or  toxic algae.  The lake is GREEN all over but the water temps are relatively cool.   Perhaps the pumping is mixing the deeper cool water with the warmer surface water.  The nights have been cool this summer.  I had a pretty good day on the lake with over 15 good fish.  Day two with the Livescope made the day seem very busy.

After playing around with virtually every type of sonar made,  I have to say that Livescope is the funnest and most educational.   Something about seeing the image of a huge fish swimming around under the boat gets the Adrenalin flowing more so than a big crescent moving across the screen.  Especially on stretches of San Luis where there is no visible structure that seem uninhabited, like the 360 sonar, seeing fish moving is very educational.    The occasional blip on the sidescan chirp sonar doesn’t quite convince me that there are fish milling around the area.   There was a time that I believed 360 sonar was all I needed,   but the main problem with 360 is the time it takes for the bar to come around.  In the time it takes for the sonar to scan in a line 360 degrees,  the school of fish is in a different place typically.   You get a good view of fish exiting the area.   That is useful if you want to chase them,  but you still need to get out in front of them and hope to get a cast in as they pass.  A couple years ago,  several friends and I in three different boats were able to surround a school of fish  and chase them together with the sonar.   What I thought I learned from the 360 sonar is that SL stripers seem to move alot and that there are “highways” at different water levels that are high percentage areas where you can wait for them.     I noticed that float tubers and shore bait fishermen fishing the same basic area all day,  catch as many fish as some  boat fishermen who hit every corner of the lake or troll all day.   If you wait long enough on the high percentage spots on the  Striper Highway ,  a hungry school will come by eventually.

The revelation I had today using the livescope is that there are lots of really big stripers all over the lake. In one day, I estimate that I saw at least 20 fish over 36 inches on the livescope.  They swim with the 18-37 inch crowd  often in pairs or threes.  The big ones like to hang around structure and the bottom however, I saw them in the middle of the water column as well in 30 feet of water around trees and rocks.   Sometimes I would see what looked like a large rock on the bottom rise up to look at a lure.  I would have missed that on sonar and 360.  Movement is what separates branches, weeds and structure from the living.    The livescope is superior to the 360 unit because it is real time and fish look like fish.  I haven’t been able to tune the gain on the unit to see a fly line, leader and fly yet,  However, I did have luck today scoping a tree or bottom structure with the scope  I also had a chance to put a soft swim bait, jig, hopkins spoon and weighted fluke in front of a 20 pounder on several occasions.   I even recorded very large fish rushing and swarming around my jig without even feeling a touch.  Its a whole new type of  very exciting site fishing. 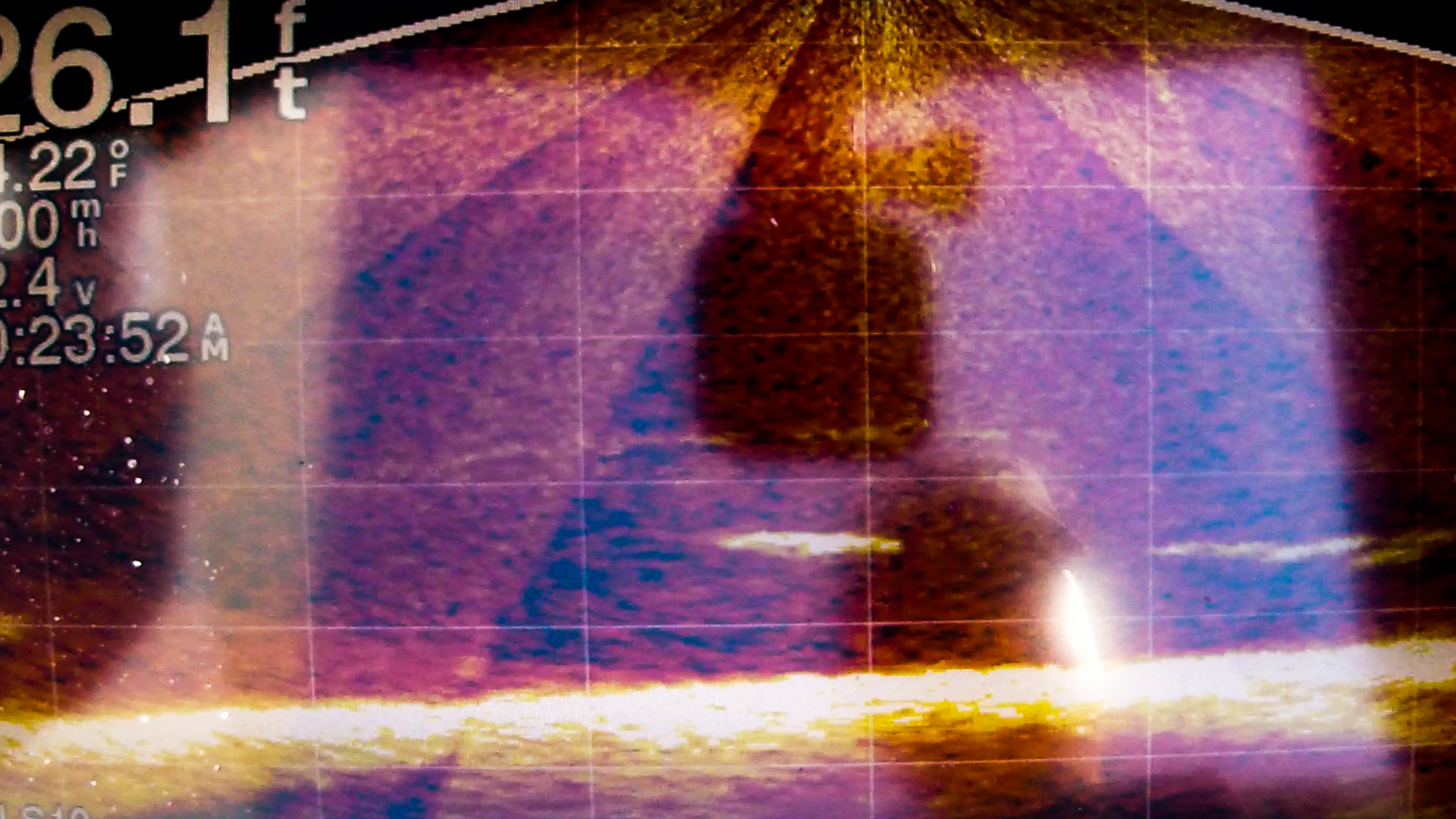 Now that I know the big ones are down there,  its a matter of changing my fishing strategy.  Ive noticed in past years, there are weeks where multiple big fish are caught.  There is such thing as a big fish bite at San Luis.  Just a couple months ago,  a  vetran troller caught two of his biggest personal best San Luis Stripers in two consecutive  days.   Two years ago I caught three of my biggest in two months.  and Vaughn  caught four huge personal best fish in a weeks period.    For the times that the big fish aren’t hungy or just curious,  the livescope shows how they approach and where they hang.

The hot, green,  mess that is San Luis took a hour to clean off my boat when I got home.   Im going to make a hose attachment to fit on the fish cleaning station faucet to hose my boat off  next time I go.  Someone recently  asked me what I though the effect of Toxic Allgae is on Striper Fillets.   The short answer is there is inadequate evidence of hazardous toxin accumulation in fish fillets, thus there is no recommended waiting period during or after an algae bloom to eat fish from such waters.  In the news lately,  toxic algae blooms have been responsible for sick humans and dead dogs.  Cyanobacteria, the main organisms that produce the toxins that make the freshwater blooms harmful, can cause ailments in people, but dogs are more susceptible because they ingest them.   Cyanobacteria  produce poisonous byproducts called cyanotoxins.  Direct Ingestion of or skin and lung  exposure to these toxins has been associated with human illnesses  ranging from diarrhea to cancer, as well as with pet and wildlife deaths.  Fish concentrate small amounts of cyanotoxins in internal oragans but not in the meat of the fish.  Fish that are gutted and filleted are safe to eat. 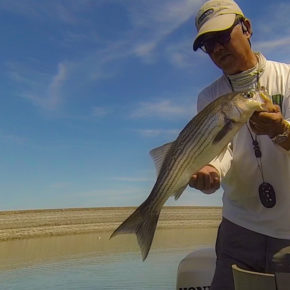 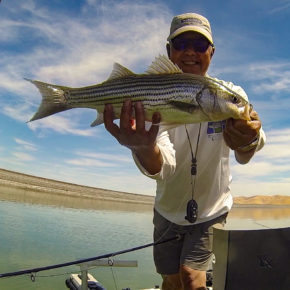 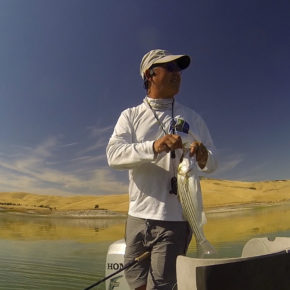 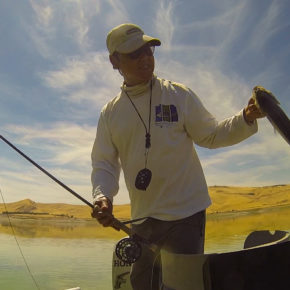 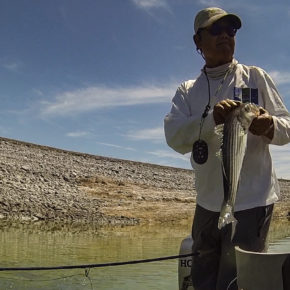 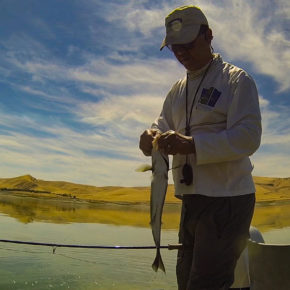