Saturday November 15, 2020 -Fishing is the perfect escape and isolation from politics and covid.    Out there on the lake, alone and focused is the most peace I get these days.  I can see the light at the end of the tunnel with a Vaccine around the corner as I prepare to hunker down for the next 4 years till the next election.    At least it will be entertaining to watch our president live up to his promises.    The fish seemed to be more cooperative today.   Most of the good reports have been coming from the forebay with lots of fish  (mostly small) and some topwater action as well. Vaughns boat landed nearly 40  fish in the forebay a couple days ago.   I still prefer to catch a couple big ones vs a dozen little ones.  Today, as luck would have it,  i managed to catch over a dozen bigger fish in the lake on a Saturday.  The stripers have left the racks.   Small schools of decent size stripers are swiming up and down the dam chasing bait that is hiding in the brush piles and rocks.   I believe that the reason why some tube and kayak fishermen have been outfishing some of the boats is the idea that if you stay in one place long enough,  the fish come to you.  After sonaring the trash racks and not seeing any fish I worked the dam to Romero and like last year,  caught some fish fishing down the rocks slowly along the shoreline.   Long pauses,   stripping and letting its sink fishing downhill to 20 feet seem to be the ticket.    Lots of boats were bait fishing around the racks again but it didn’t look like anyone was catching much.   I decided to fish the Bay of Pigs where last week a buddy had a few really large fish follow his fly .   BOP hasn’t been that productive for me this year but today,  it was the place to be.   I like fishing the shoreline between Dave’s rock and guardrail setting my trolling motor on 3  in 20 feet of water.   When I reach the end,  I motor back down and fish it back up.  In the afternoon I anchored along a brush pile to have some lunch where I  sonared some huge stripers on the bottom around the brush.  As I was eating  ,  I heard some splashing over my shoulder and right in front of me fish started to boil on the surface.   A couple quick casts and it was great fishing for awhile until the school split.  I pays to scan the water carefully and keep the volume down on the ear phones.   One good fish was caught today because I noticed a single minnow break the surface.  A minnow doesn’t do that unless it’s being chased.  A quick cast resulted in an instant hookup.   Also,  I had just come off a phone call when I hear a little splash over my shoulder ,  I turned just in time to see rings on the water.   When I looked at the video,  there was a “mini blitz” going on in my blind spot and I was lucky to have heard it since I listen to music when I fish.   Those hints can really improve your day.   Even fishing in front of pelicans sitting on the bank  has put a few fish in the boat for me.    It was pretty cold today but it warmed up by 10:00.   I used a sparsely tied small olive brown over white flashtail clouser which seemed to be the right choice.  It’s as close a match as I could tie to the delta smelt which seem to be at the top of the menu today.

I bought a new rod the other day to feed my addiction to one piece 8 wgt fly rods.   I purchased the now discontinued G. Loomis NRX Pro-1.  Still favorite striper rod over the last years has been the Orvis One Piece Heilos 2.  Most rod companies like Orvis have had too many issues mailing an 8 ft 9 inch package through the mail and have discontinued manufacturing one piece rods.  It cost $100 just to ship a 9ft tube in the mail.   I own an NRX 4 piece rod and its a great powerful fast fly rod.   Its a bit heavier than the Helios 2 one piece but if you need a little more power in the wind,  The NRX 4 piece is great. I would put it a close second to the Winston Jungle Rod 8 wgt  for power and durability.   The Helios 2 on the other hand feels to me like the best combination of casting power and power.  It is versatile in that it feels like a trout setup and casts all day with ease but has enough power to land really big fish.  My biggest stripers have been caught with this rod with no backbone issues.   Tarpon Fishermen love the Helios 2 one piece rods and there are lots of stories and pictures of big bends on those rods without blowups.  The Echo Primes are also awesome rods.  They are the heaviest of the one piece rods I own but they are my spares in the boat.  The Echo Primes are also a bit faster than my Helios 2s and I use them to cast big poppers on heavy  floating lines. 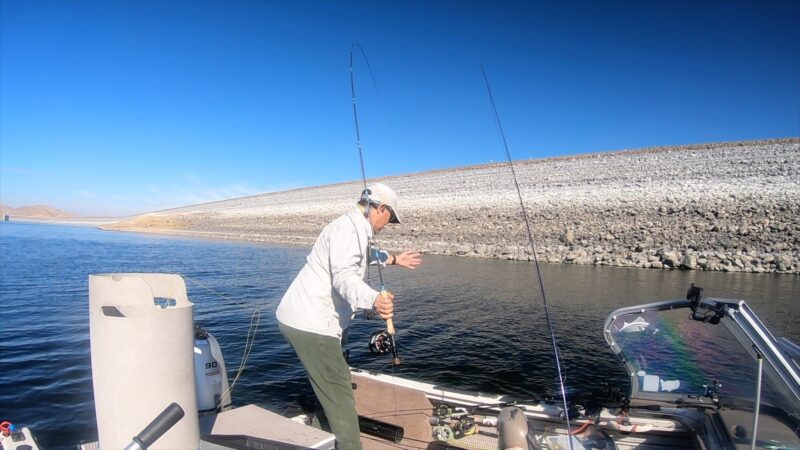 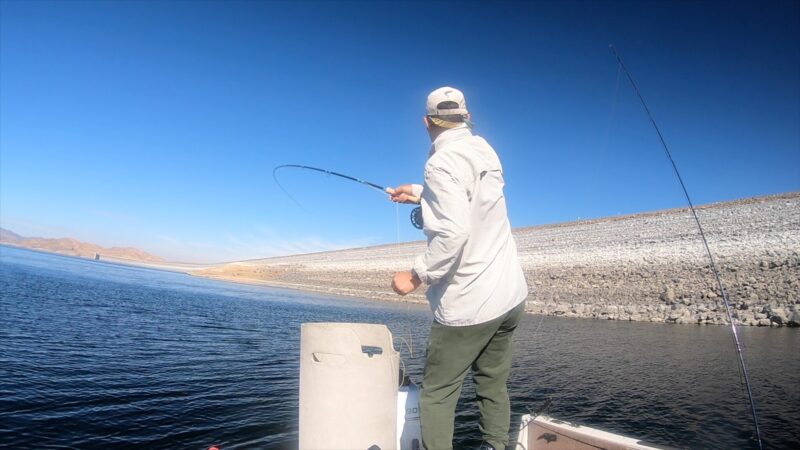 Back to the NRX. After fishing for a week with this rod, I can say that even though it’s a bit heavier than the Helios, the power of the rod makes it easier to cast with one backcast.   The faster action picks the line off the water cleaner and the powerstroke is shorter for the same burst of power on the forward cast.   Despite it relative weight , the NRX is very sensitive at the tip so I can still feel those sponge bites at the end of stretchy running line.  The hardware and finishings are excellent.  I like the recoil stripping guides for their durability and elasticity which make them nearly indestructible.  I actually can fit this rod in my Tesla Y and I wouldn’t hesitate to take it out on the Delta with a guide.  Transportation issues are worth the trouble driving a one piece around but obviously I won’t be flying anywhere with them.   The next rod Im anxious to try is the Douglas Sky G 8wgt that has yet to be released.   If it’s anything like the 5 wgt,  It will be a pretty excellent striper rod.