Friday Dec 4, 2020  – The Fishing at San Luis and the Forebay was getting pretty tough over the last couple week  as the first rains and cold nights came rolling through the second half of December.  Yesterday, California announced another massive stay at home order.   Hopefully,  they wont close boat ramps and As far as I have checked,  our next two days of camping at Half Moon Bay is still ok.   Seems San Mateo County is resisting the Lockdown as well.   My last trip with Don a couple weeks ago was slow even though we found them.  I was waiting for someone to break through with a good day before trying my luck again and Brian came through. Last week he had some stellar days with double digits reporting top water blitzs though-out the day.   As Tubin Louie would say, “I was hopin’ to fish with the cool kids real soon….heh”  Vaughn and Dan and I decided that it was time to test the lake again and headed over to the west side of the lake on Friday.

I tried to get there at daybreak but failed and slid in at 7:30.   I think getting up early is harder as you get older.  That bed feels really comfortable on a cold morning when the alarm goes off at 5;00 am.   Still as I cruised out at Dino Launch,  No other boats were around and only one trailer parked.  Brian reported lots of afternoon activity and I was psyched to do well today. The weather was pretty good with a very light breeze on the water.   Stripers at SL love it when the winds die down.   I think this time of year,  the threadfin shad come to the surface in the shallows where the water can be a couple degrees warmer.    the fish were definitely not at the trash racks.  I fished the east side face of the dam, Bay of pigs and around the racks in the afternoon with only a couple fish.  Definitely no fish on sonar either other than an occasional pair of cruising fish.   The most fish I saw on the Panoptix on the east side was at the BOP around the brush on the dam and they weren’t feeding.  All the action was on the west side.

I was pretty surprised not to see any busting fish in the morning.   I headed over to the rock pile to fish the hump and actually hit the hump cruising around it with the trolling motor. !  The top of the hump is a dangerous 2 feet under the water.  The first dent in my prop for a couple years now.   I could see fish on the bottom at 20 feet around the periphery.   I mad a cast and let it sink to 30 feet and started the standard sharp retrieves and pauses with no hard take.   As I reached for my controller to move the boat,  I felt a small tick on the rod and set on an 8 lb striper,  the biggest of the day.  I picked up a couple more 18-20 fish moving around the rock pile at 30 feet  but there were no schools as I had hoped.   Dan and Vaughn showed up about then and we both hit the rock pile hard with only a couple fish.     Brian also showed up and I was carefully watching him work the shoreline of the rock pile.   I figured he would return to the scene of action after his stellar past few days.  As we all fished around the rock pile,   I caught a glimpse of a blitz south of where we were about a 500 yard par 5 away.  I yelled at the other guys that I saw some fish south,  pulled up the sonars and trolling motor and motored down to the action.  As soon as I stopped,  fish were busting around me and I caught 4 nice stripers.   the water was 17  feet deep and 54 degrees.   When the fish went down after 10 minutes,   I couldn’t find them again till about half an hour later when they came up again in deeper water. I rushed over and caught another couple fish before they too left.  Tracking the blitzs visually made me forget to use my 360 sonar.   It would be great to see what direction they were headed   After an hour,  I saw Dan and Vaughn head over to loan oak.   I wanted to fish there before the sun hit the water since it gets lit up later in the morning from the hill.   I decided to follow them and that was the end of the good part of the day.    Brian stayed put and went south of where we fished the morning blitzs.    He ended up with 25 fish for the day fishing the flats south.   It appears the schools were moving along the banks on the west side looking for shad that were seeking warmer water in shallows.

I kept a couple of the fish to eat and the autopsy on the big fish gave up a 3 inch crawdad and a large threadfin shad.   I have never found a crawdad in a San Luis Stripper but it made total sense to me that fish around the rock pile were keyed in on them.   I might try a crawdad pattern around that rock pile next time.     The shad was huge but I have yet to see a huge school of them on the scope or surface this year.   I cant wait to get back there next week and look for those fish again.   this weekend,  Im speed reading through Henry Cowen’s new book Fly Fishing for Freshwater Striped Bass.    Im halfway through it and its great and talks  about San Luis and O’Neil Forebay  referencing local guru Dan Blanton.   This book is excellent and although it has reminded me of all the things we have learned over the years about the Lake (since the 70’s)  It is all packed into a compact and organized fashion.  I think its a must read for any serious San Luis Striper fisherman and it is  more relevant than those text on Delta Stripers. In the early days of the Millpond in the late 70’s I worked with a Bill Butts who is referenced in the book as is Dave Whitlock.    I remember Len Bearden hiring Bill Butts while I was there on the recommendation from Dave Whitlock.    One evening at Len’s in the 70s,  we were gathered together for a BBQ and I remember talking to Dave and Bill about striper fishing San Luis with flies.  At that time, Len was concentrating on world record fresh water fly caught Stripers.   I know that Len had a pioneering  influence of Lefty Kreh, Dave Whitlock, and Bill Butts when it came to targeting  Freshwater Striped Bass on Flies.

I ended up with a little over a dozen really good fish which is a refreshing result for this time of year.   I can’t wait to get out again.

The Vaccine is rolling out this month and according to the Gov., Dentists and staff will be part of the first phase of 165,000 vaccines ready to administer.  Newsom has said health care workers would receive top priority, in line with U.S. Centers for Disease Control and Prevention guidelines. However, the state’s initial 327,000 doses will not cover all health care workers. As the vaccine requires two doses, that first distribution will only reach 163,500 people. The latest plan involves three tiers and Dentist and Staff are in the third Tier.  Mark is in Tier one. 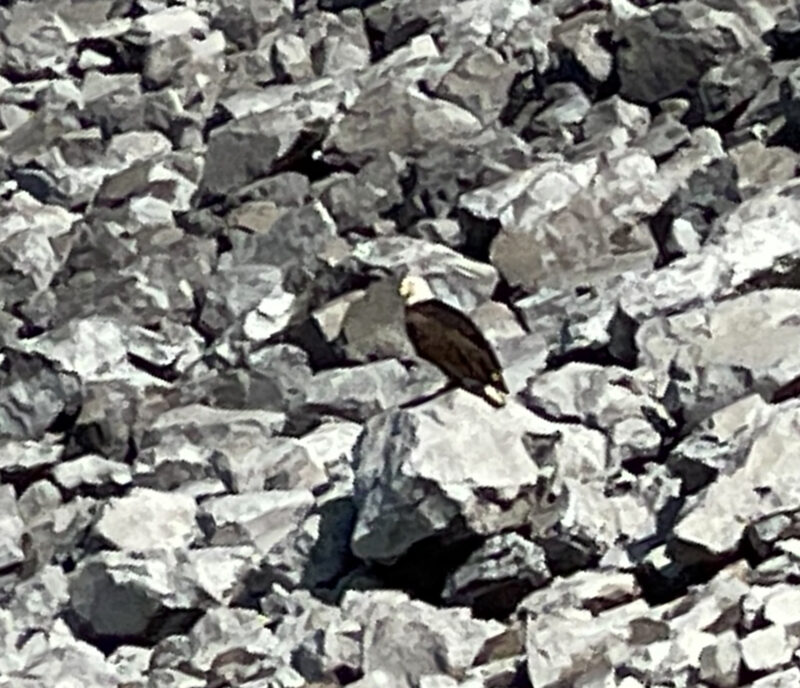 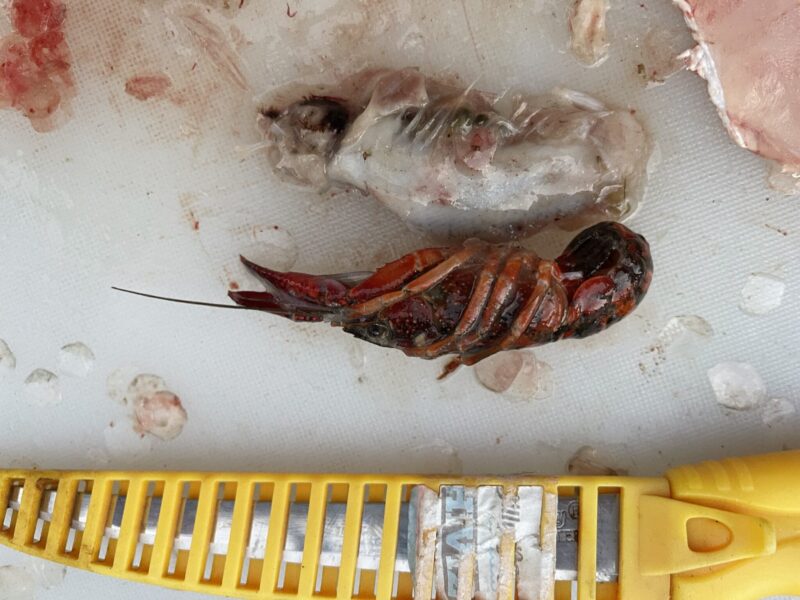 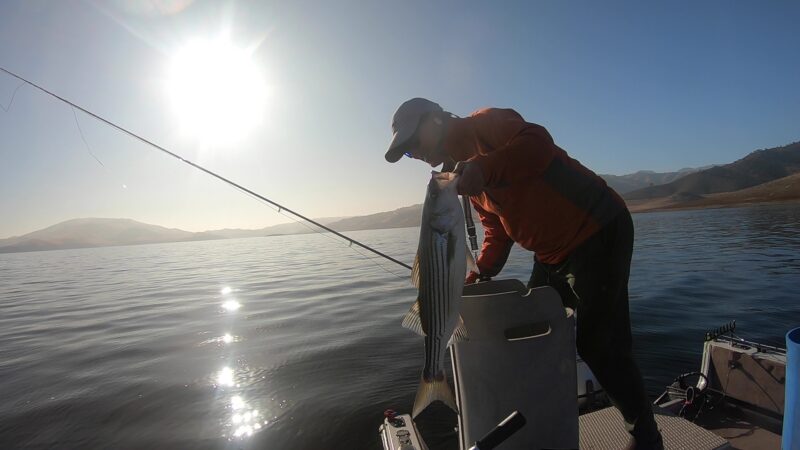 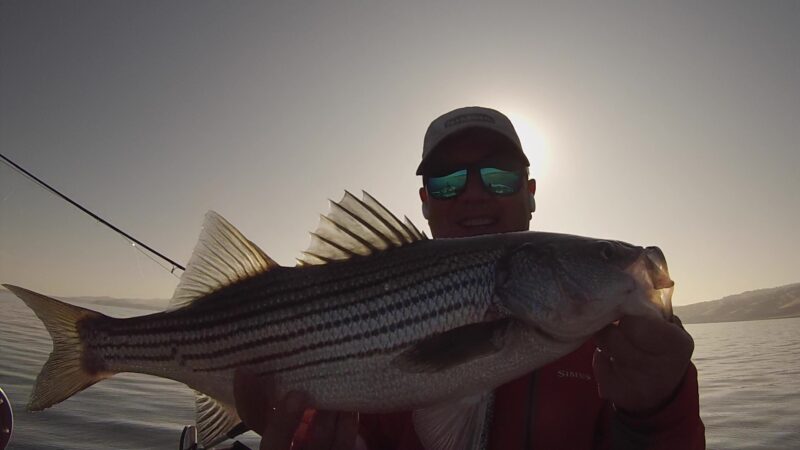