Sunday January 17, 2020 Perhaps the best January Forebay Trip ever,  yesterday Ken Oda and I fished O’neill Forebay and found large schools of good fish cruising the shallow depths of the Forebay.  I was very excited to have Ken in the boat yesterday.   It is not often enough for me after knowing him for over 30 years.   He is a exceptional flyfishermen and yesterday I got to witness that again.  Ken fishes for stripers weekly in lots of different places.   He is a master in the surf with a spey rod and he fishes the lake and forebay from a float tube often.  His decades of knowledge about the Forebay and Lake are unique from his perspective  as  a flyfishing Pro Staffer and as a DFG Biologist.   Yesterday  was the perfect storm of conditions.  T-Shirt Spring weather (65 degrees) ,   Warm Water (54 degrees) ,  lack of wind, and good recent fishing reports  made me optimistic that we would surely find them and at least Ken would get them to eat.

If the schools were out there like they were last week I knew that Ken and I would get large numbers of fish. if we could stay on the schools.   The night before,  I tuned up my Humminbird 360 and Panoptix Livescope for that goal .  We headed out to the spot that Steph had fished the day before and 9:00am.  He landed 7 fish and a huge LMB fishing a deep water area that I dont fish that often.   “It was somewhere near an porta potty” .   As soon as I cut the motor,   the Chirp sonar lit up.  We landed on top of a huge school of stripers.  Ken fished the bow and I fished from my regular spot in the stern on a platform.   It wasn’t long till we had 10 good fish in the boat on the first stop.   The school of fish didn’t move much but I made small adjustments to our position based on the panoptix which was very accurate  real time tracking movement of fish out to 80 feet.   Surprisingly, the Hummingbird 360 was not that great for schools outside a radius equal to the depth of the sonar.  I have an older unit and perhaps the “MEGA” Hummingbird 360 is better, but no matter how much I tuned the contrast and sensitivity,  I could not see schools of fish on the 360 that were out 80-100 feet around the boat in 20 feet of water.    I think the reason for this is that in shallow water, the angle of the return from the fish  is very close to the angle of return from the structure on the bottom.  Typically you look for a shadow to spot fish.   In shallow water you can not see the shadows from the schools of fish especially if they are near the bottom.   In deeper water,  the 360 seems to work much better-like around the trash racks in 100 feet of water.   It’s much easier to see fish 100 feet out from the boat in deep water.    The one thing I did NOT try which I should have is the perspective mode on the Panoptix. 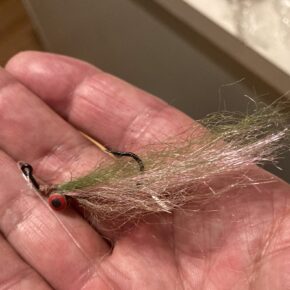 Kenny was definitely hooking more fish than I all day.  Especially fish hooked close to the boat with his shooting head in the guides.  Ken was fishing an 8 foot 7wgt  Echo Bad Ass Glass Quickshot with an 8 wgt Rio OBS head (315 gr) and Lazar mono shooting line.  How can you go wrong with a rod with such a cool name?   He also fished only one fly all day-a size 1 Olive\Tan\Pink Clouser without a pulse disc.   His leader was 5 feet long 16 lb test.  When someone in the boat is catching more fish than I am, the first thing I do is change my fly  to something of similar size and weight.  Past experience makes me  think stripers are not as color discerning as trout.   The second thing I look at is the cadence of the strip.    I’ll make a cast at the same time and watch the other guy strip out of the corner of my eye and try to copy the length, rate and pauses exactly just to get a feel of what is different.    Finally if that doesn’t make a difference,   I make sure my line and leader are the same wgt, length and diameter.  Its not like I wasn’t catching a lot of fish but I felt like Kenny was getting more attention from the fish most of the day and it was a perfect chance to tune my gear with him doing so well over lots of fish and ideal condition. 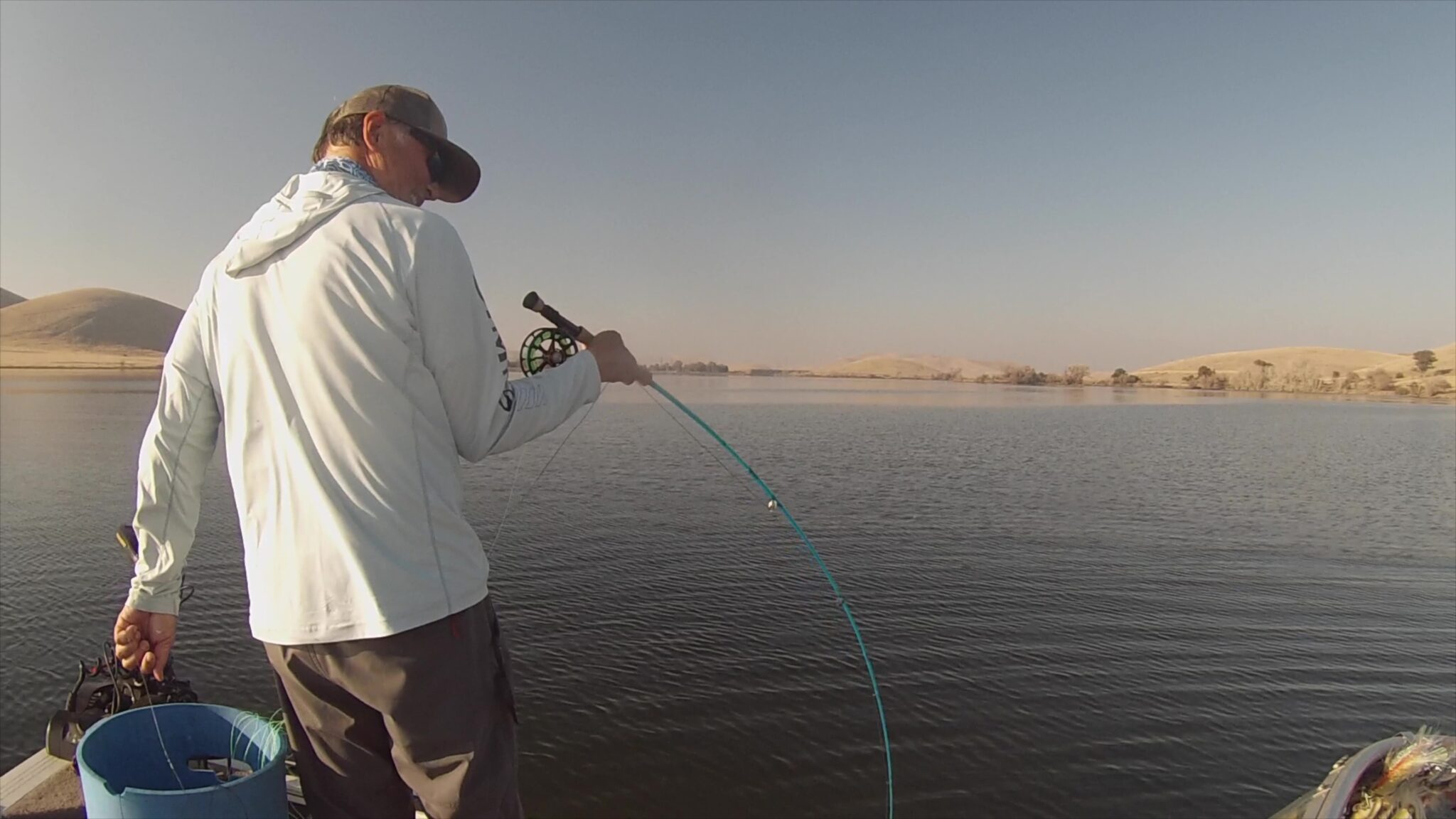 At the end of the day, we both estimated that we had caught at least 80 fish together including at least 5 doubles.    I felt like Kenny caught at least ten more than I did and got more hits.  The final score was approximately  Kenny 45 and Meng 35.   I actually took my pulse disc off for half the day as well trying to catch up.    So much for an advantage with a pulse disc in the winter over sluggish fish.  The conclusion I reached at the end of the day was that in these conditions,  choosing a fly and line that tends to glide on a single plane when stripped and paused gives less active fish a better chance at catching the fly.  Kenny explained to me that Bass have a harder time tracking a bait that falls in and out of their vision when their metabolism slows down.  Also it seems that if a fish hits and misses or tail slaps a bait,   a gliding fly will be easier for the fish to relocate.   Baitfish slow down as well when the water turns cold and something a fly or lure  moving too quickly might put them off as well.  The trollers were not getting as many fish as we were and perhaps the rapid movement from a pulse disc was annoying to a lazy fish.   I normally use heavy shooting heads -28 feet of t14 (392 gr) to get the fly down fast.    I concentrate on keeping my fly near the bottom of the water column in colder water where the fish seem to hunker down.   I usually do a few fast strips and then long slow  twitching pauses to give a fish time to catch up with the fly.  With the warmer weather yesterday,  the fish seemed to suspend more in the ten foot range.  Fishing a lighter shooting head in those conditions definitely keeps you in the zone longer.   We caught many of today’s fish  right at the boat as if they followed it for most of the cast and decided to eat at the last moment.    With a  longer leader and a 315 grain head ,  the fly doesnt bounce up and down as much on the strip and pause.   I really feel like this was the difference between ten more fish and more hits for Ken.   It was a great opportunity to learn something.

There are many deep holes scattered around the forebay.  The best way to find them is with a good topographical map of the bottom.   I like the Navionics maps and the Garmin autochart maps that I have generated over the years.    The best places are deep areas next to steep topography on the bottom.   Most of the schools were in 16-20 foot deep water suspending between 10 feet and the bottom.  Luckily the schools seem to be moving much slower yesterday and they seemed a bit easier to follow than those in the lake.   We had luck finding some schools just motoring at 10mph until we drove over them like Henry Cohen suggests in his new book.  Yesterday there were only two types of water we found-totally empty or totally full.   I  am glad in a way to know that it is possible that there are places that are red  hot even when the fishing seems to be so dead elsewhere on the forebay.   Fishing the forebay is a good way to recharge from a fishless day on the Lake since its much smaller and easier to find fish within.  Vaughn calls it his sure thing.    Compared to the Big Lake, the forebay is feeling smaller and smaller these days.   Warning to fish- you can’t hide from my sonar. 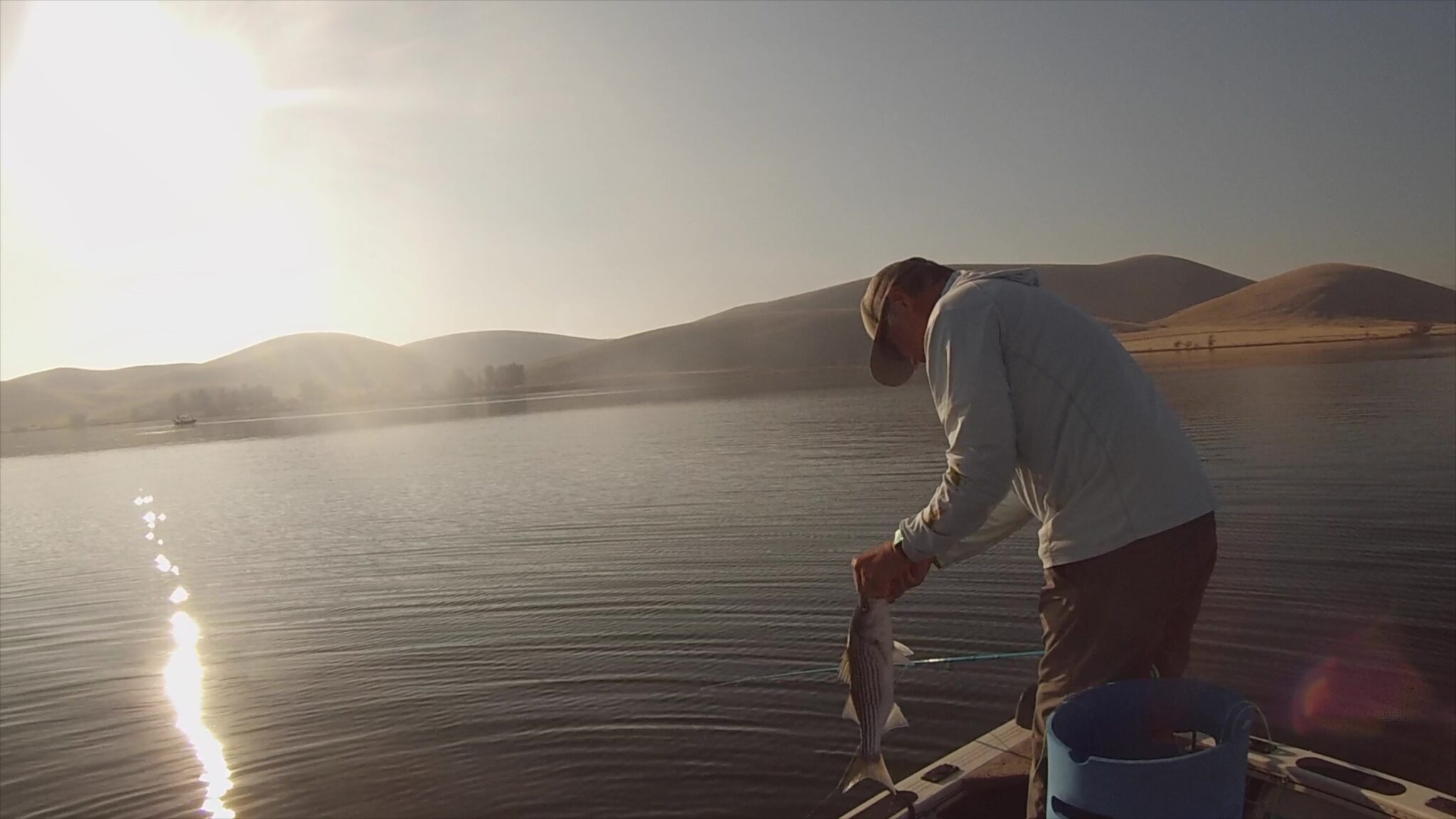 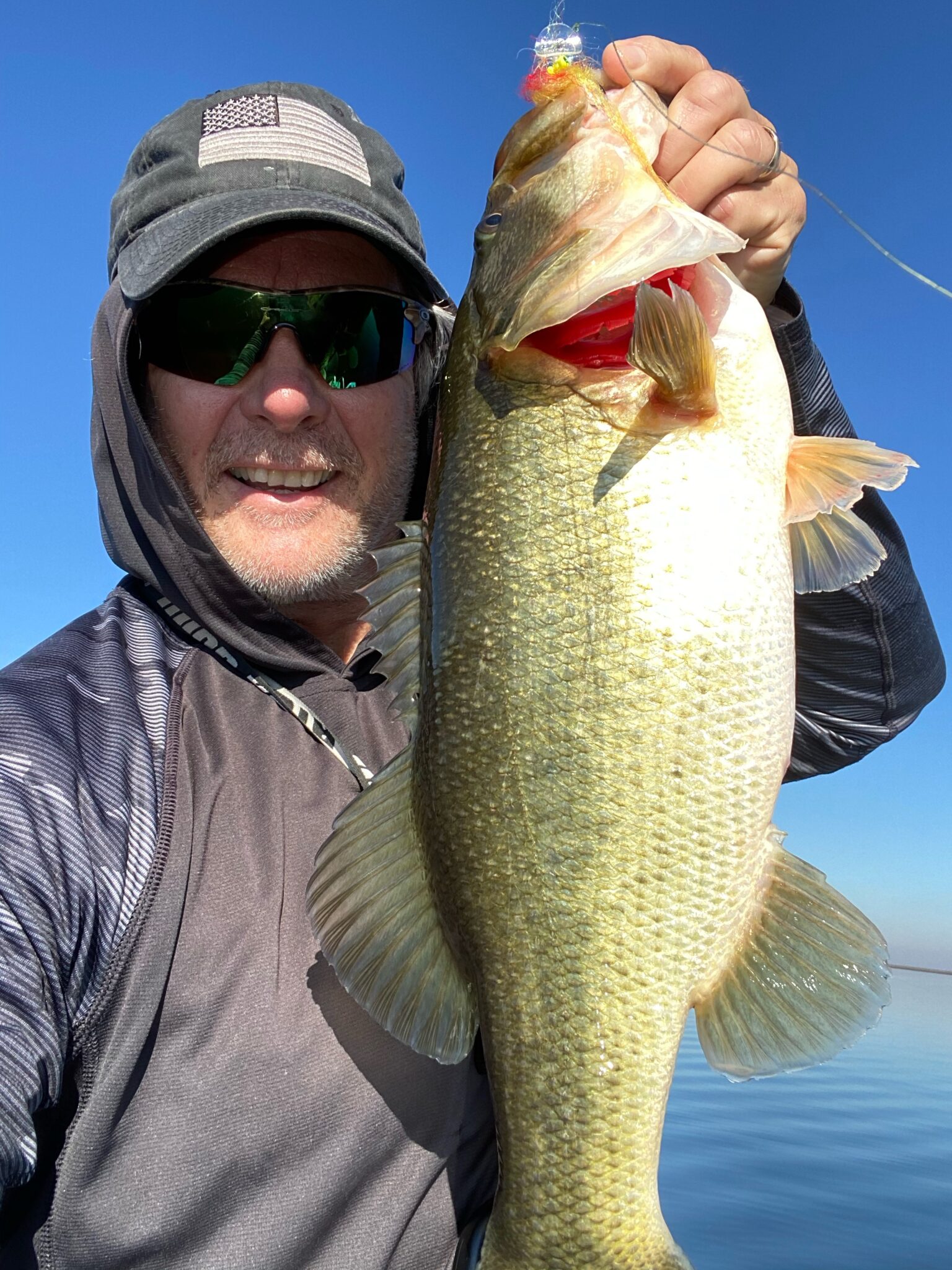