Friday Feb 5, 2021  I really enjoyed fishing the forebay today.   Today I had the honor and pleasure of fishing around Brian, Vaughn and Dan  most of the day.   We even cornered some stripers between the boats like we use to years ago.  Yesterday Vaughn told me Bryce Tedford was going to be at the forebay with us today.   I have been following his instagram and career as one of the better Delta Guides and was anxious to meet him.    As I pulled up to the Cottonwood Kiosk ,   I noticed Bryce and his beautiful boat (a silver flake Ranger Reatta) getting the deep inspection.   He was with his young son and I thought if he didn’t pass the inspection which is easy to fail depending on the inspector,  I would offer my boat for the day since its a long drive from the Delta.     Bryce passed the inspection and Vaughn, Bryce, Brian and I launched at the ramp together.  No other boats around.

I turned out to be a great weather day on the Forebay. but the fishing was tough.  It was another Minimum Wage day catching one or two fish every hour.  Everybody caught a couple fish but it was the conversations we had that I will remember the most.   I feel lucky to know those people because they love the lake and forebay as much as I do and consider it their home waters.   That kind of dedication is rare and together sharing our knowledge of the lake and forebay makes each of us better  everytime we collaborate.   I dont think a week has gone by in the last 5 year that I haven’t pinged one of them to ask how the fishing has been and I know without their reports,  I would catch way less fish.

The forebay water temps were up today around 50-53 degrees.   I would think the fish would be more active  but the fish were still hugging the bottom,  and seemingly avoiding fast stripped flies,   The fish were scattered throughout the deep water near the middle  and I spent most of the day trying to set up cast on a school of 4 or more fish which was tough.      Half the fish I caught today  were from schools I saw on the Panoptix that were not moving.     The technique was to cast over the school, get the line straight and let the fly sink to the middle of the school and then crawl the fly.    Several times today I saw fish move to the fly and start following it.   Some followed the fly for a long time and hit the fly when it stopped on a long pause.     The schools were smaller and  more dispersed as well.  One of the biggest schools I saw today was when Bryce and I launched  and noticed a big school right out from the launch.

Last night , I learned how to calibrate the Livescope and tweak the setting so that I could see the fly.   The first thing I did today was tie on a huge fly and cast it  90 degrees to the panoptix to see if the transducer was pointing accurately.    Turned out the transducer was skewed  a couple degrees and I wasn’t really casting accurately the past couple weeks.    Today I tried to lead the schools about 20 seconds to get the fly to depth before I started stripping in front of them.  Unfortunately that is easier said than done.   I fished from 8:30  to 4:30 and landed 15 – a minimum wage day.  I lost a few today as well after short hits and lightly hooked fish.    A short small fly might be the ticket next time.   I used a size 1 orange\white craft fur clouser ( scud colors).  One of chuby fish I kept to eat was already transforming pre spawn.  One of the best things about February is that its a month before March and March is prime time.  Im feeling like the lake and the forebay will turn on any warm day now. 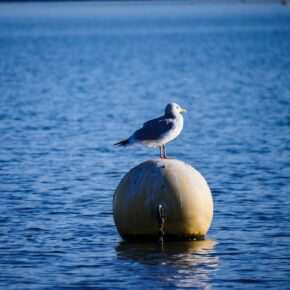 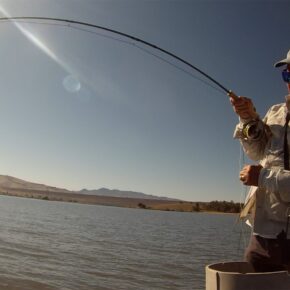 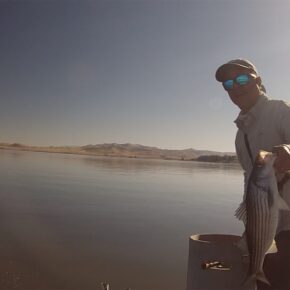 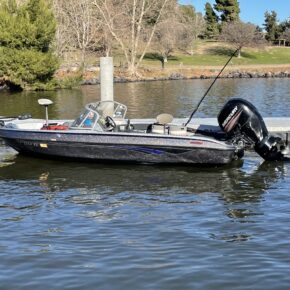 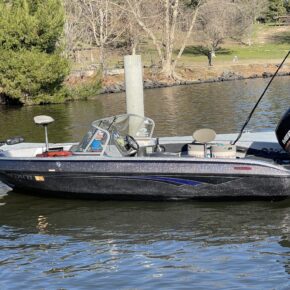 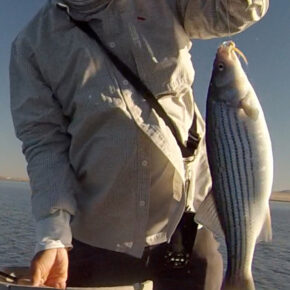 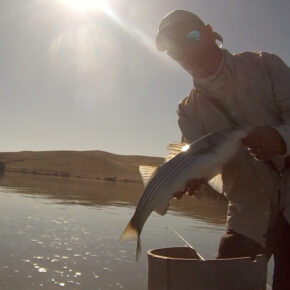 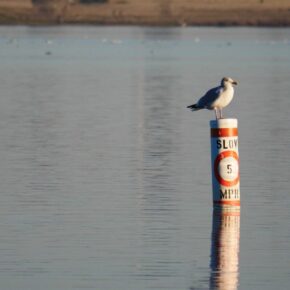