Sunday  Feb 7, 2021 -After a pretty good day Friday on the Forebay and some good report on Saturday from the lake,  I decided to go check out the lake to see if its turning on.  Tim had a decent minimum wage day at the lake and the water has been reported to be warmer and clear.  The game plan was to fish the  west side of the lake concentrating on the Rock Pile to Portuguese Bay   I launched at Dino and zig zagged my way out of the bay with sonar looking for a school of fish.    The ares was devoid.    I headed to Las Piedros to  where Tim said he did ok and couldn’t sonar a single fish.   I blind cast the shoreline for awhile and headed to the rock pile where I found some big schools of fish on the east end.   There was a bait fishermen anchored on the rock pile  and Brian caught up to me there and the three of us fished the hell out of the pile  with no luck.    Even the bait fishermen, who looked like a veteran, was surprised at the numbers of fish that were there without any bites    After a couple hours of nothing,  Brian left for Lone Oak and the Bait Fishermen also left  both looking  for some looser, hungrier fish.   I stayed and put my fly box over those fish as well as different lines and retrieves.   I was optimistic till I left.   I fished all over the lake and even came back for the last two hours of the day  to try those Rock Pile fish again.

From there I hit the shoreline south, lone oak , bay of pigs,  guardrail and finally the racks where I found the police and DFG ticketing boats  for poaching.   While they were going from boat to boat, other boats were fishing less than 500 ft from the racks and didn’t seem to be moving away- acting innocent or naive.    Word from the Park Employees is that many fishermen concerned by the poaching off the racks have been calling the DWR to try to do something about it a until recently,  the DFG, which has jurisdiction,  hasn’t been launching a boat to patrol since Covid until recently despite the request.  Like the Police in Portland.   To turn in a poacher you can call Cal-TIP toll-free: 1-888-334-2258.   Also you can do it online or by text at the Cal Tip Line .  Make sure you actually witness them keeping more than limits in the boat and don’t assume every bait fisherman is poaching.     It could be somebody’s grandpa obeying the limits and you are just pissed there are so many boats at your favorite spot.  The lake belongs to everyone but Karma is a bitch.   The number to report poachers on the racks is  1-888-334-2258  (Cal-TIP toll-free)

Looks like I will be fishing the Forebay till someone has a breakthrough day on the Lake.   Im beginning to love the forebay  more and more  every year because it’s so compact compared to the lake.   The forebay is a different challenge than the lake and yet there are similarities between the two that can help you catch more fish in both.  We are lucky to have that option to our great year round striper fishery.   Even Delta guides come to our home water when things get slow over there.  Perhaps the reason why Im getting so fond of the Forebay is that it’s much easier to know when it’s time to give up and go home.  One of the best pieces of advice a fishing guide has every given me was from Steve Santucci when we talked about what time of day did he catch the biggest fish in his career out of San Luis.    He told me it was in the afternoon and that most guys quit early, thus the persistence part off PILE.  But now I feel there is a difference between not giving up and exhausting a higher probability effort with no reward.   The secret is to know when you have exhausted your options and it’s much easier to come to that conclusion in a smaller piece of water like the Forebay.   When both the Forebay and the Lake are hot,  that’s a whole different set of choices and a future blog post. 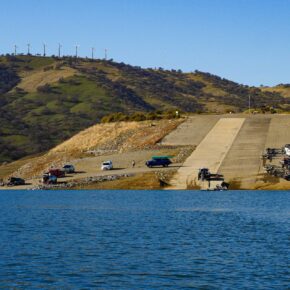 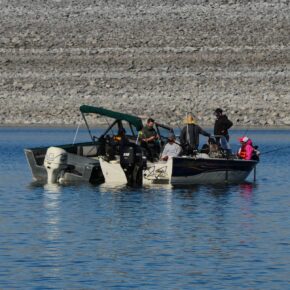 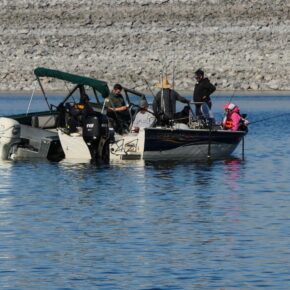 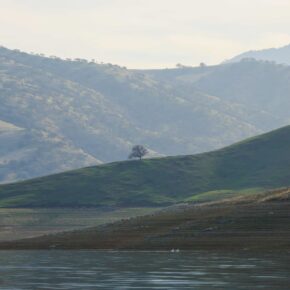 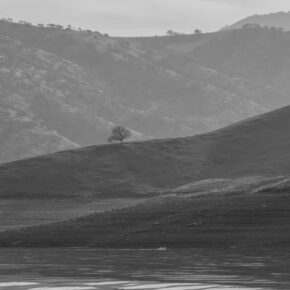 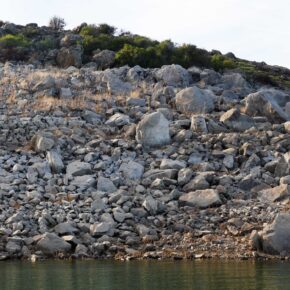 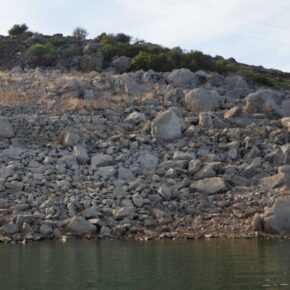 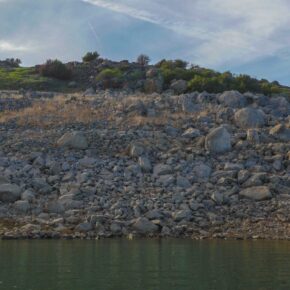 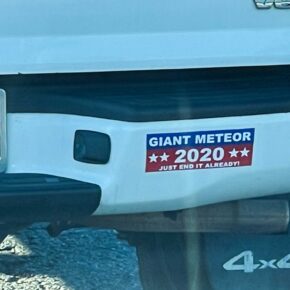 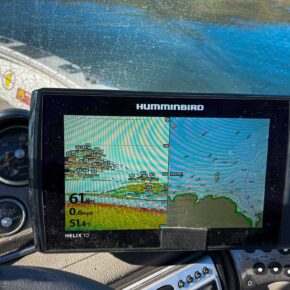 I’m glad the old man won the superbowl.   After all,  we old guys have to stick together . 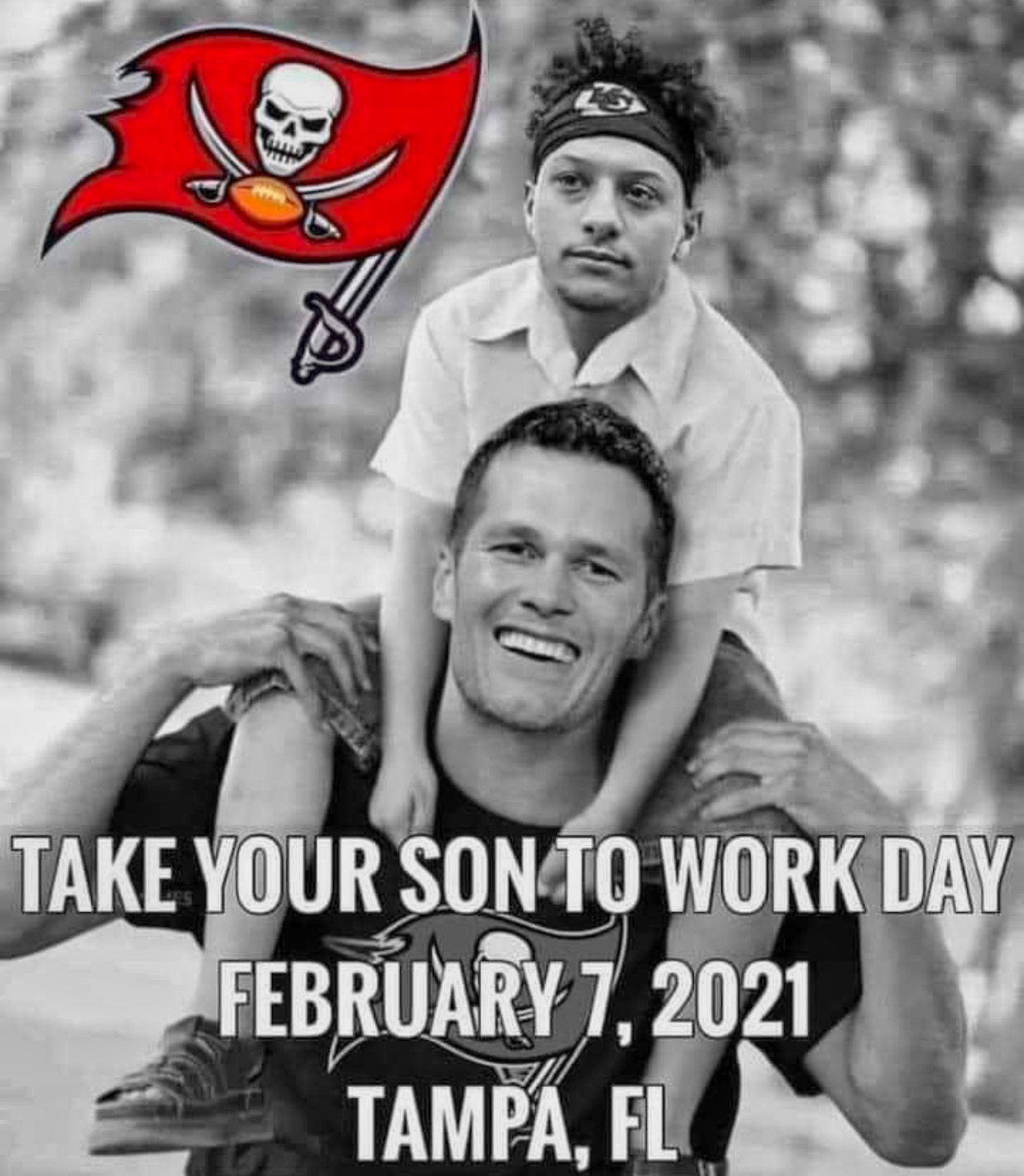