November 4, 2021 – It was best not to expect too much today especially when I crested Pacheco Pass on a sunny morning only to find a thick fog bank hanging over the forebay all day.   The Wind Line is broken and has been registering Zero Miles and hour for the last weeks.   The recent reports have been typical for this time of year.  Some days have been zero fish and a good day in the November is usually about 6 fish.  Today like last week,  there was more casting than catching.   A huge fog bank sat over the forebay all day and there was no wind.    I decided to time my arrival at the forebay with the first solonar peak at 9:30.    I got to the launch at 9:00 and there were a dozen boats out.    I could see most of the boats in small groups in the middle of the lake.  I launched and headed for a group of circling birds about 200 yards off the launch.   I got 4 fish out of the boil before they went down and out.    I lost the school when the birds  left.   It’s amazing how easy it is to lose a half acre sized school of stripers even with a perspective mode panoptix.   Today I got a feel for how fast they move.   I put the boat on a boil till they stopped  but I could see them on the meter deep after the birds left.      After fishing  to them till they weren’t  there,   I noticed the birds 100 yards away working another boil.   In 10 minutes  (the time it takes to land two fish)   that school was 100 yards away.      I found the school again heading west and got a few more with slow strips though the middle of the school.   Catching fish once the schools were located was not a sure thing.   I could see the fly move through the fish and the fish just weren’t hungry.     Even the boils didn’t give up fish automatically.     I noticed that the guys throwing hardware were not hooking up that frequently even with the birds working.    Most of the rods I had in the boat are t-11 to t-14.    I think a sink tip or floating line  might be the ticket on the boils.  I ended the day with over a dozen fish.   It was to tough to catch more than three fish from a school without moving to catch up with them.

A weird thing happened today.   I was slow stripping some stripers hugging the bottom when I snagged the bottom.    I use the trolling motor to get on the other side of the snag and managed to pull up what I was snagged on .     Half expecting a dead body or a stick,   I pulled two baitcasting rods out of the water.   They were tangled with each other.  One had a 7 inch pencil popper on it and the other had a white fluke.   They rods  pretty corroded and the hooks on the lures had oxidized off.   It will be a fun project to see if I can clean them up.

Today,  I landed a couple 4 lbrs from the boils  and I was curious what they were eating.   One of them coughed up a 3 inch gobi and the other had a 5 inch crappie in its belly.   Im still not sure what those schools of baitfish are but Im sure they are not crappie or gobis. 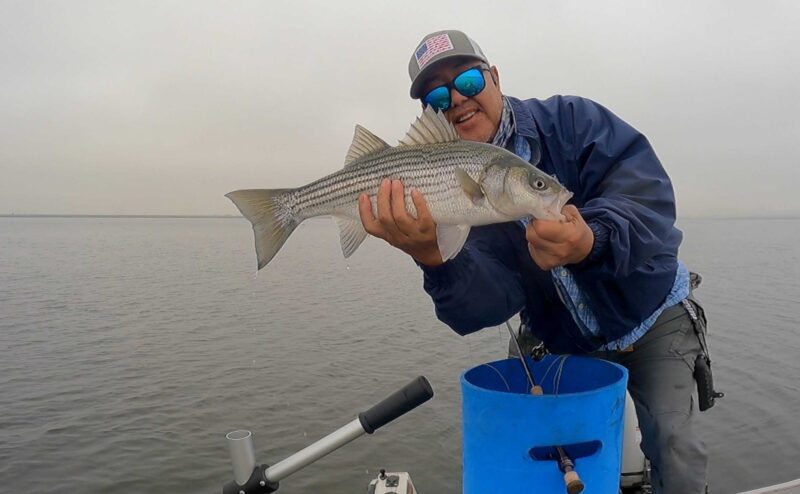 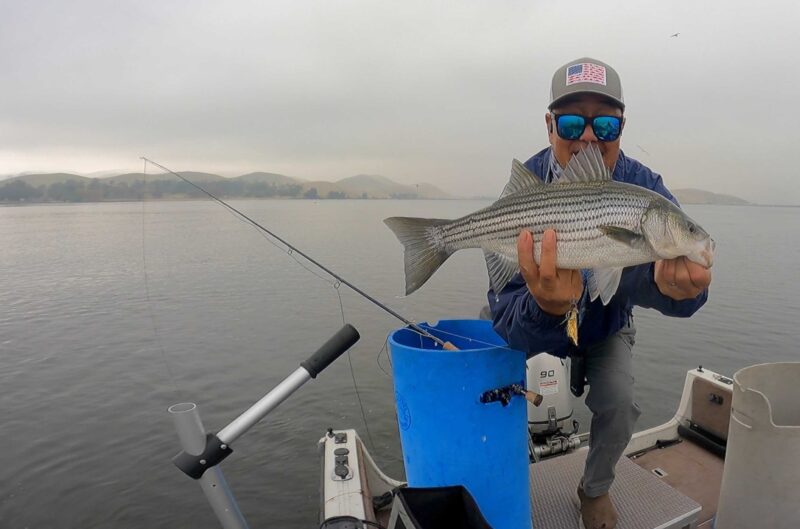 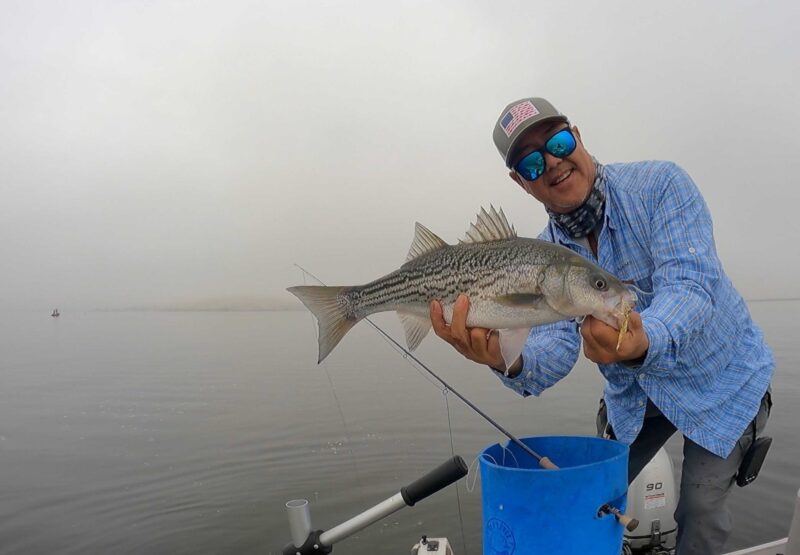 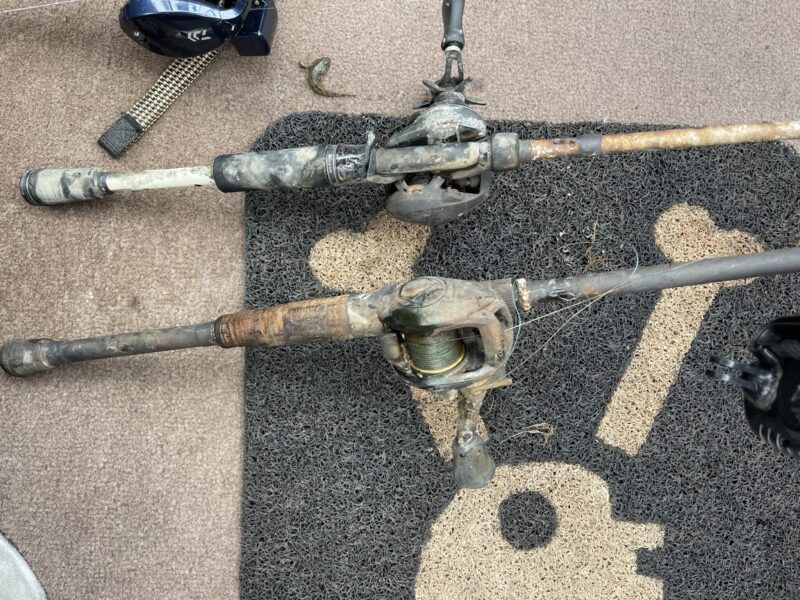 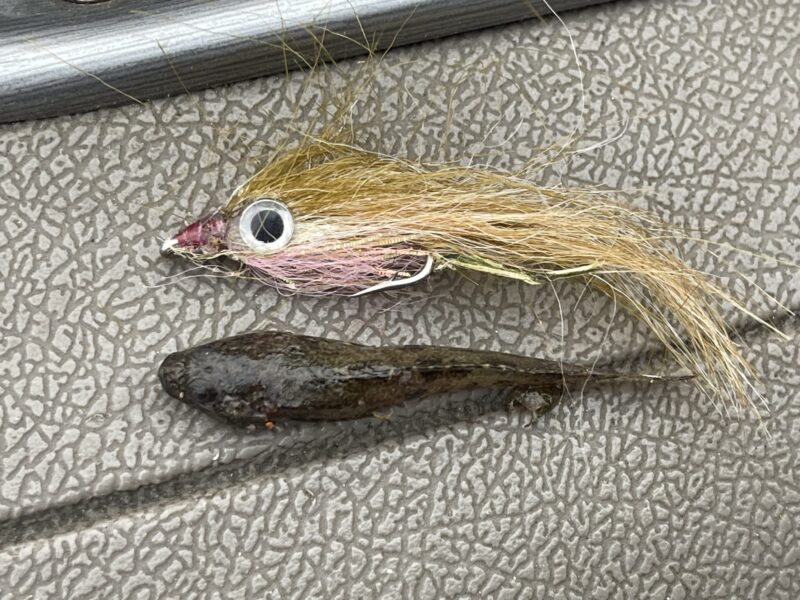 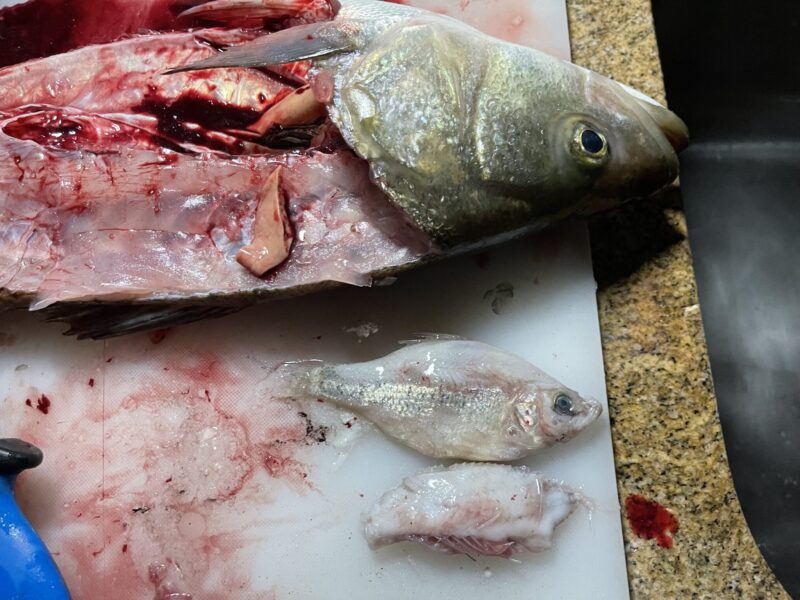 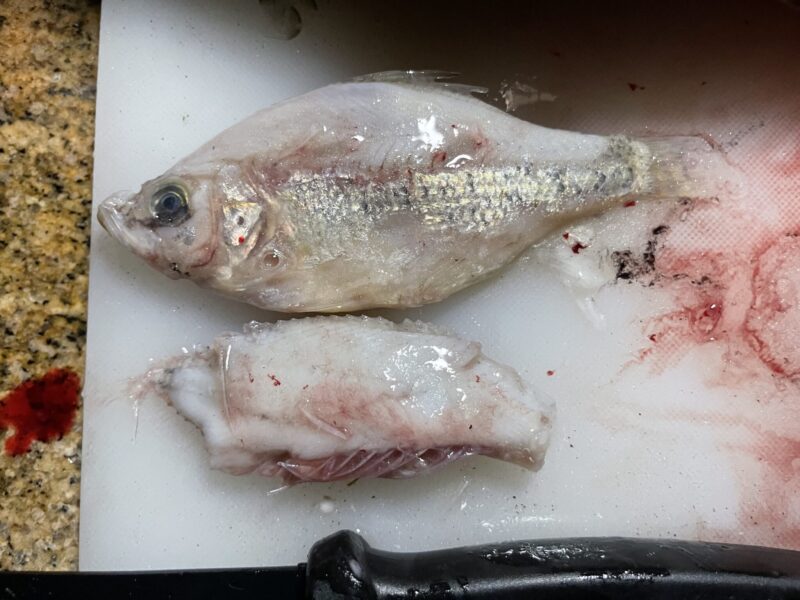