Saturday Dec 4,  2021 – I’m getting a feeling that nobody really knows what makes stripers in the Oneill Forebay eat.  This year has been a strange Striper year all around.    There are many who are saying that its one of the worst seasons on record.  Many of the San Luis regulars in November have been hitting the old familiar spots with very little reward and there is lots of worry out there that things are going down hill and staying there with the new Dam Construction project closing San Luis in February.  Only a week ago,  I had the slowest day of the the year.   As with the last couple times out,  I was happy to get three or four fish all day.  Also ,  the lake level and impending closure has doubled the pressure on the Forebay.   On any given day now, you can find umbrella rigs crisscrossing the deep as trollers now are focusing on the Forebay.   Some of my friends had Zero days this week as well.

Today I caught and released nearly 30 fish.  with half a dozen 4 lbrs.     I feel like there was a lot of luck today that was responsible for that number of fish.  The biggest difference between last week and this week was hunting larger schools of fish with sonar.  There were no diving birds or surface blitzes to help find those schools of big fish cruising the forebay.   Most of the good schools were again in the middle of the forebay.  All of them were moving so fast that you were lucky to get more than two fish out the school unless you put the trolling motor on and chased them.  There were some spots that seemed to have heavy traffic and were worth camping out and waiting for the schools to come.    A trick I learned to today was to set the range on the Panoptix to 80 when fishing.   This range gives you much more detail within the actually fishing distance allowing you to see doubles and triples  within casting range of the boat that you can’t see at 120 feet range on the sonar.    When searching,   setting the sonar at 120 feet gives you a better idea of how crowded or empty an area is.   Small schools on the sonar get more difficult to see at that range  but getting close to those light sonar returns and turning the resolution up,  will differentiate a small school a fish from a rock or hole on the bottom.    The shallows of the Forebay (less than 18 feet)  are peppered with round depressions that seem to attract all types of fish and also stripers.   I got lucky with the sonar. and found some good schools of fish around them.

Unlike last weeks, I caught fish steadily all day.  These past weeks,  evening fishing was better.   The water temp is 56 degrees and in general,  I was doing a regular strip to the fish and then letting it pause in the middle or near the school and slow stripping it.   I could see lots of interest in the fly with the sonar and there were many fish that would slow follow the fly without striking it for long distances no matter how I changed the retrieve. Small flies hooked more fish than large flies but both worked. I chose to use small craft fur flies that have a lot of action when they aren’t moving fas- delta shad colors and SV clousers.    The detail is important in leading the fish so that the fly will sink to depth in front of the school.  As soon as you hook a fish out of a school,   I then put the range up to 120 feet so I can get an idea what direction the school is moving hoping to get more fish out of it before I lost it.   Figuring out how to get on the moving school again is the trick to catching lots of fish in the deep water schools.    Everyone has their way of looking for schools of fish.  Today I looked for sitting birds in the water and I moved around an area with the sonar aimed to the front.    I also tried to notice where the bait and gear guys where parked.    I never hurts to motor over to a group of fishermen and search the periphery.   I definitely think flies out fish flukes, lures and trolling plugs when the water gets cold.   The fish seem to want to take a long look at their food  and dont want to do a lot of chasing .  Despite how lethargic the fish  looked swimming on sonar, most of the fish fought really well.

Most of the fish seemed to be hugging the bottom today – t-14 in 20 feet and type 3 in shallower water.    The water temp was 56 degrees and I even found some schools that were not moving much  between the Trench and the corner of the Rock Wall.   Brian caught a couple last week using 4 inch SV Clousers  on the wall  so I  had a rod ready with a larger fly today that caught some fish.   I mainly fished with smaller flies today because I was getting lots of short hits on the big fly.

Today was certainly unexpected and I feel fortunate that on can have such a fluke of a good day in the middle of the worst month, conditions and pressure on a Saturday no less.    All the Kiosks are out of Poppy Passes till next year.   Renewing online and getting one sent to you is the fastest way.    To all, let’s be thankful for O’neill Forebay and how charitable and unpredictably rewarding it can be even when you think it’s done.

Looks like its official that the lake is closing for possibly ten years.  Don Chesarek sent me this press release he found.  Looks like the workers will be camping at Basalt for the next ten years.    I bet the pay is going to be good.  It would be a great job 10 year job I bet. 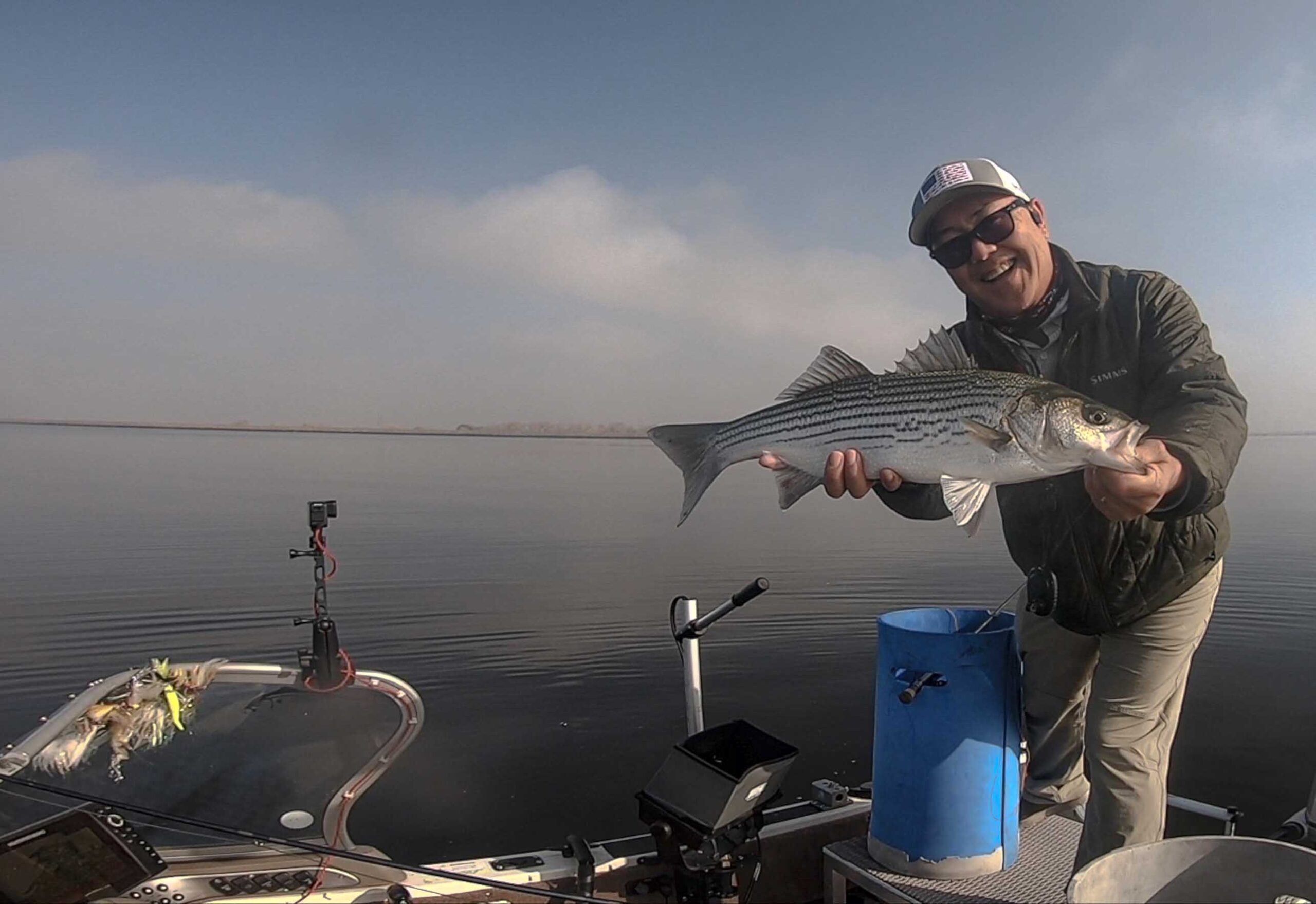 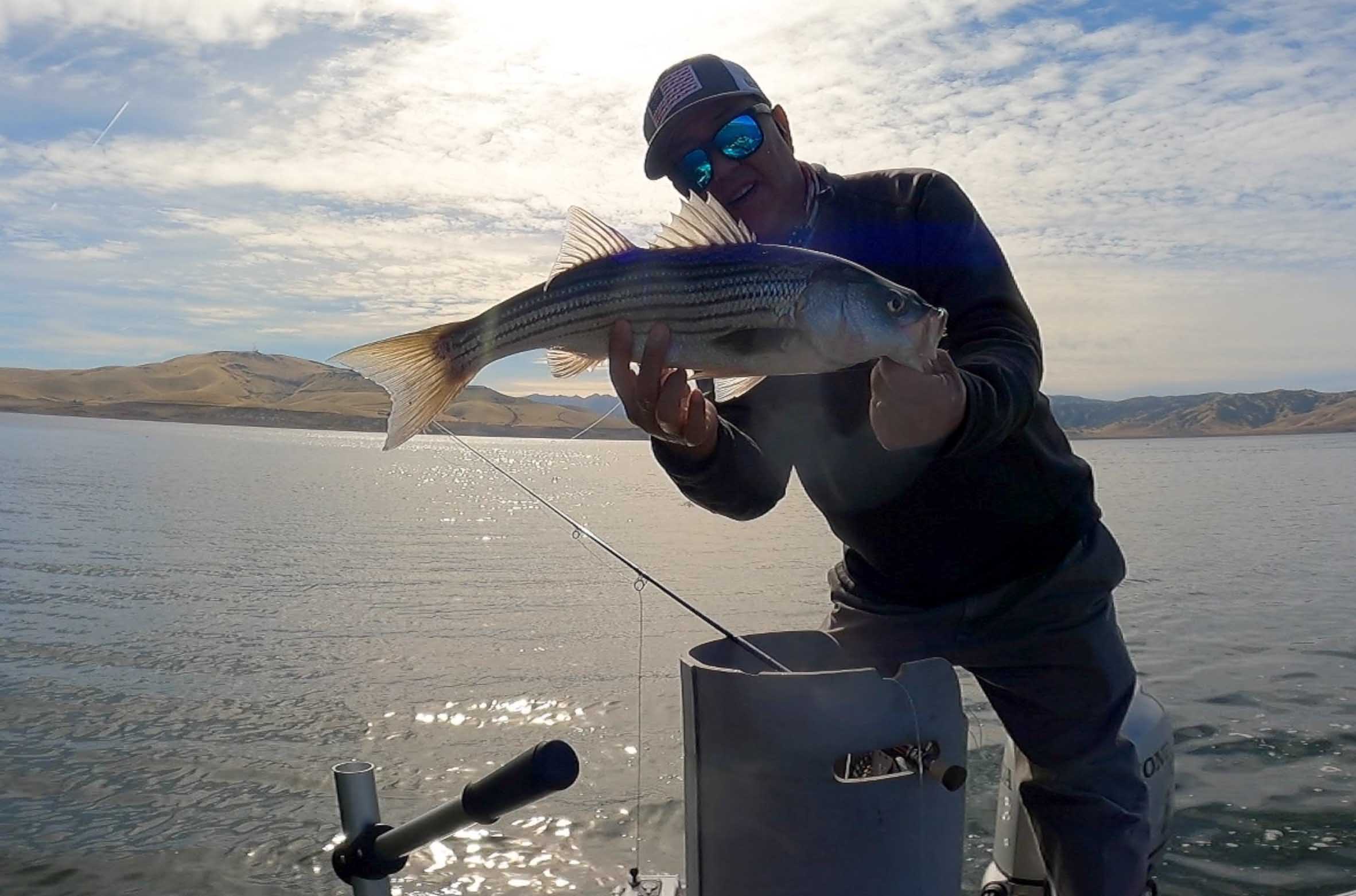 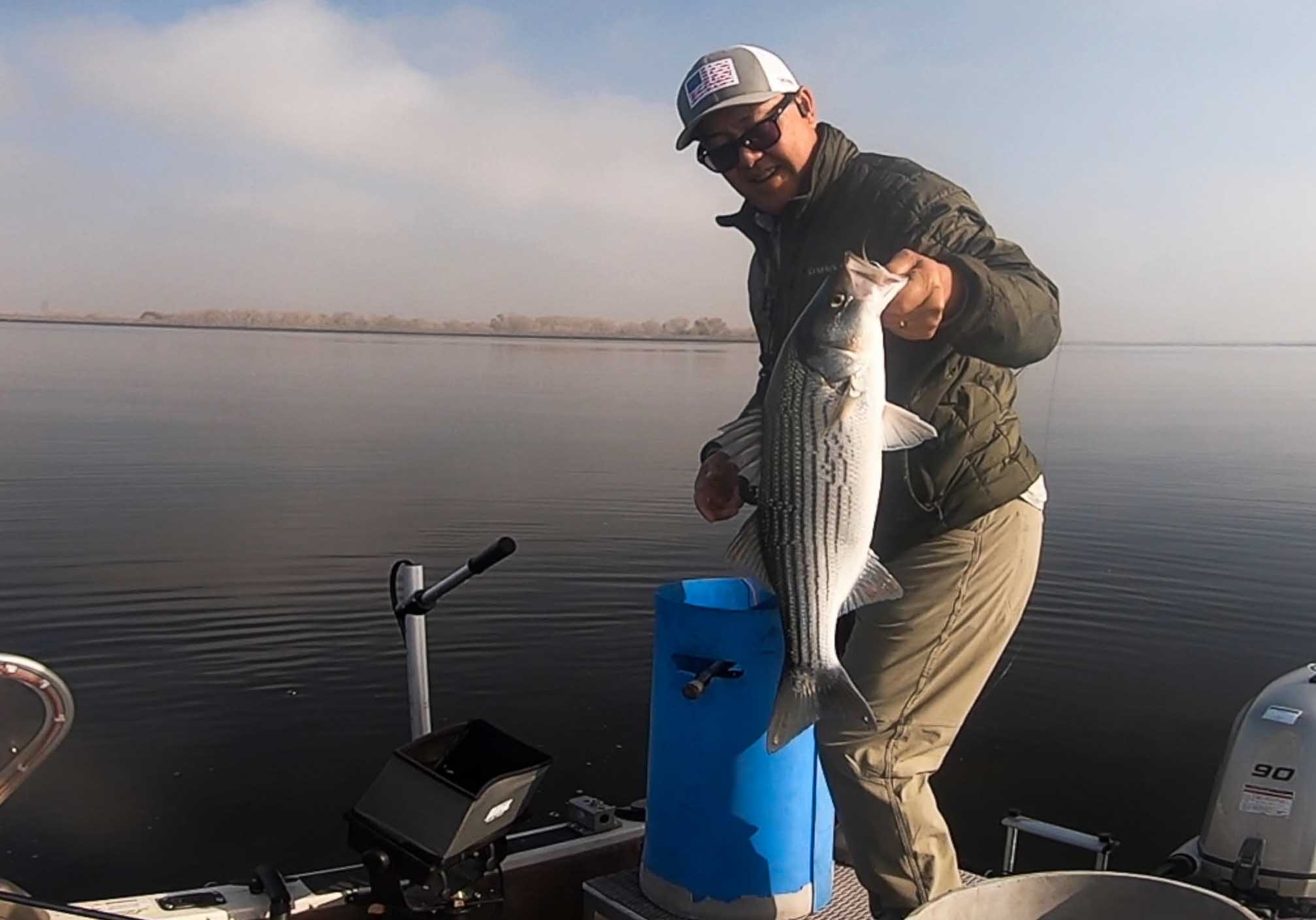 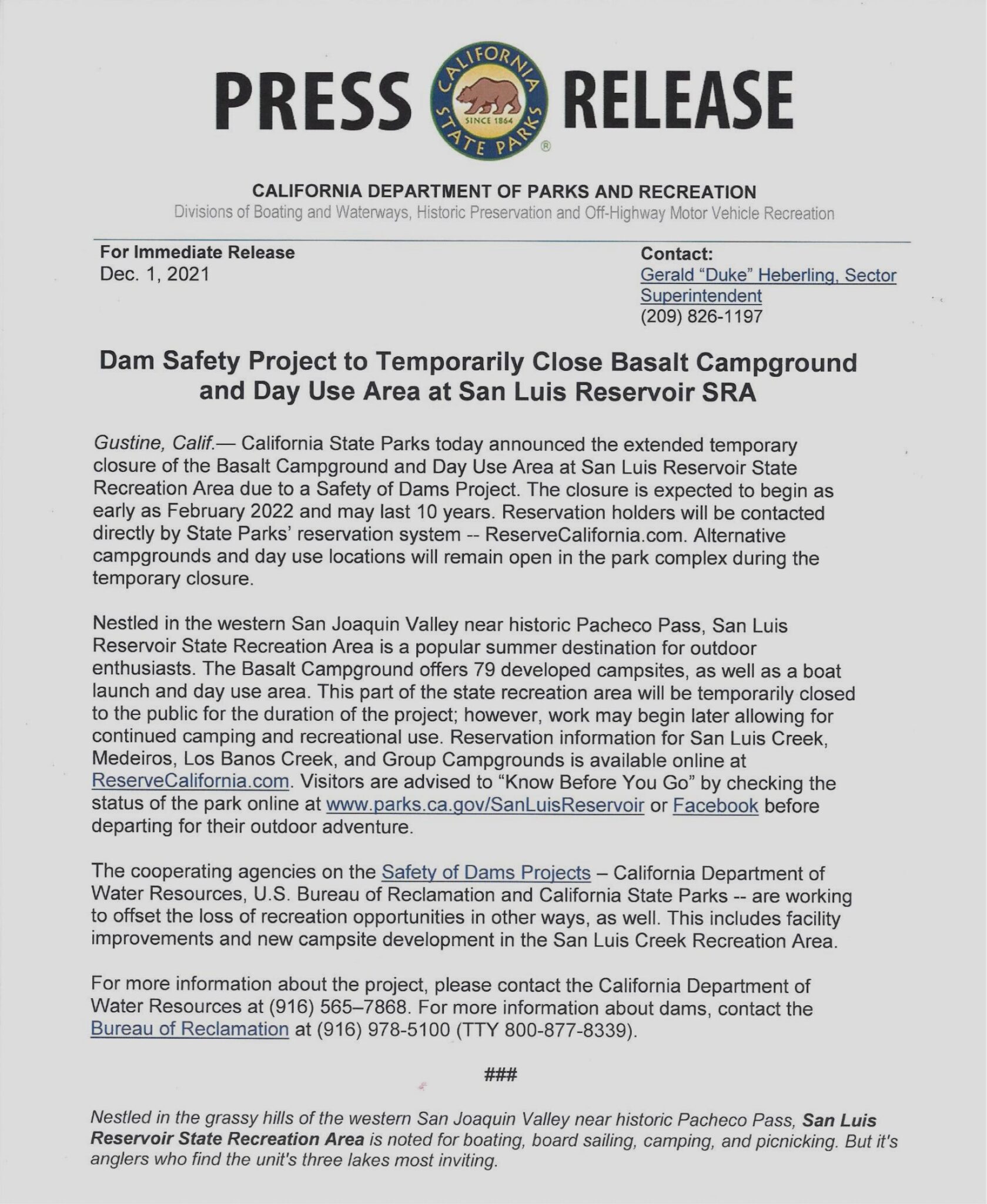