John Brezzo passed away at Good Samaritan hospital last Saturday 12/02/21,  after a heroic fight against cancer.    John has always been a “bigger than life” fly fisherman to me over the  half a century that I have known him,  as are many of the older flyfishermen I hang out with these days.   When I joined the San Jose Flycasters as a kid ,  I recall he was a very active senior member of the club.  He helped me learn the fundamentals of the sport.  He would often come into the Millpond where I worked and give me orders of flies to tie for exotic destinations that I someday would be “rich enough” to visit.  He inspired me and eventually we got to talk about our shared  experiences fishing places all over the world that I may have never know had it not been for fishermen like him in my youth.     John was a very successful builder and was president of DKB Homes, LLC.     He was a past president of the San Jose Flycasters and taught fly casting classes over the years through the club.  Thirty years ago when I moved to my current house,  I ran into John on morning and evening walks.   He use to walk his two dogs past my vineyard and give me advise on the harvest.     His wines were gold medal wines and mine were terrible.    We started fishing together and I found out we had many mutual friends.  Over the years we met up at parties and we took a few trips to Alberta fishing the St Mary’s together.      I helped him gear up for his Seychelles Trevally expedition in 2016 where he caught his PB 63 lb Giant Trevally that earned him the “Ring of the Rise-Saltwater award from Flycasters.    John also played a critical role in obtaining the Moreland Apartments Room where the meeting have been held all these years.

His home waters over his last years was Idaho’s Iconic Silver Creek.  His family had a second house there.  Over the years our families have known each other and I watched his children grow up.    John was  a great  father, husband ,and fishing buddy.   I will miss him.  My condolences to Bonnie, Steven, Pietro and Marley. 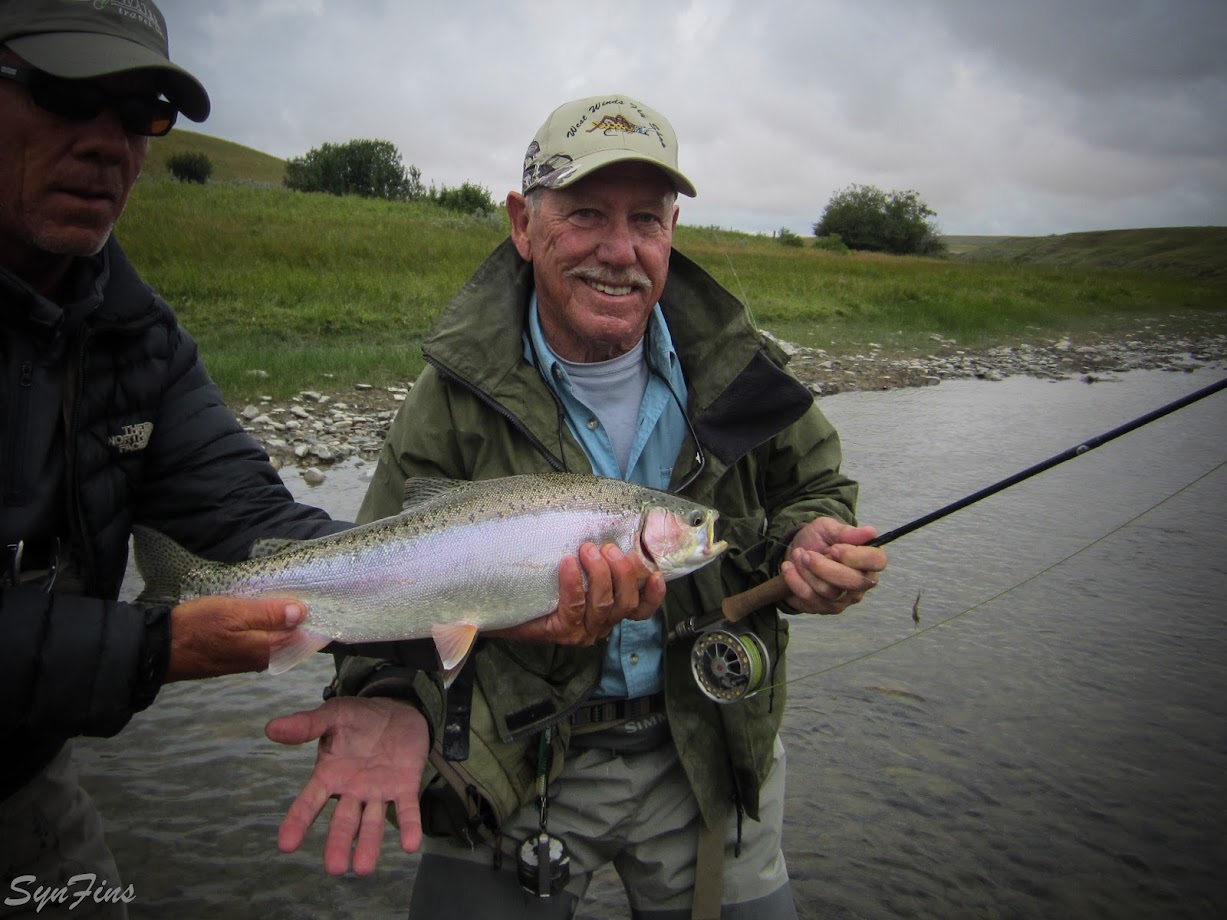 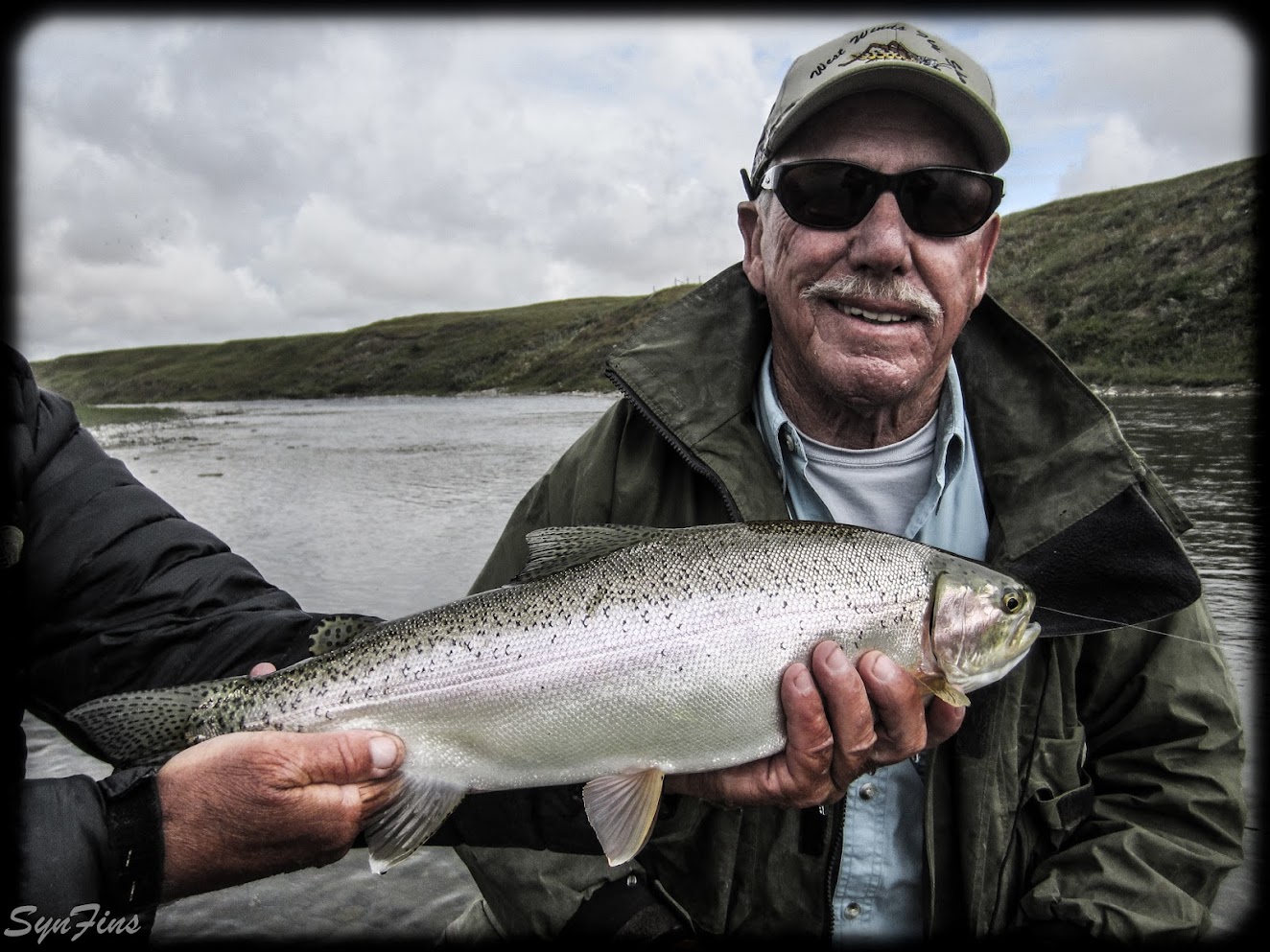 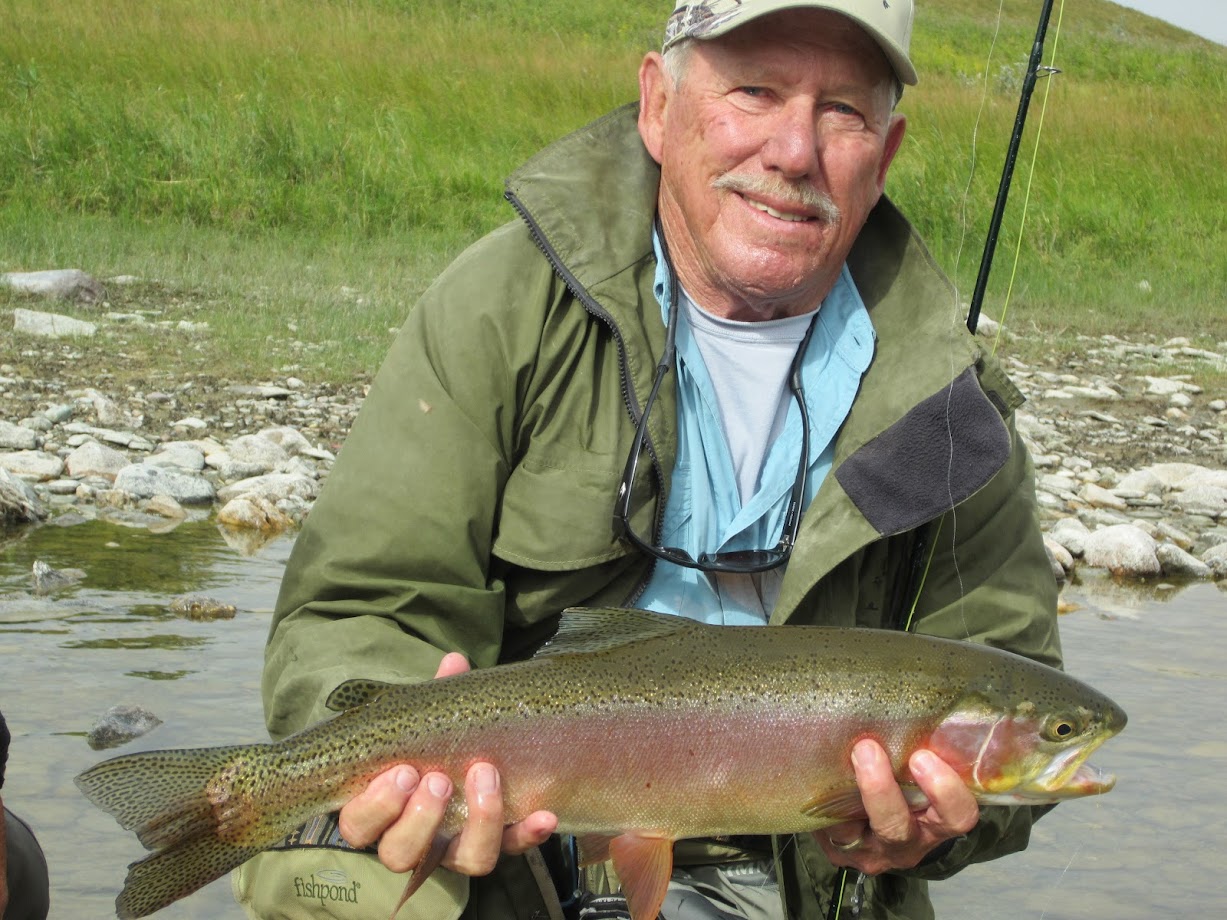 Darling & Fischer Chapel of the Hills
615 North Santa Cruz Avenue
Los Gatos, CA
John Neil Brezzo
March 2, 1942 -Dec. 4, 2021
Resident of San Jose
John Neil Brezzo was born in Oakland California to John and Olga (Merlone) Brezzo.   Growing up John actively participated in Boy Scouts, his church and school. After attaining his Master of Arts in Regional and City Planning from The University of Oklahoma, he was first employed by the city of Oakland, moving on to the city of San Jose in 1968 where he achieved the position of Chief of Program Development, Planning Department. In 1979 he joined Charles W. Davidson and Don Kavanagh forming DKB Homes. They built many low cost residences, apartment buildings and homes throughout the Bay Area. As a reflection of his ethics related to his urban planning background he accepted David Neale’s proposal to form what is now First Community Housing providing homes for low-income families.  John’s additional altruistic endeavors were notable and meaningful to him. He served on the board of the Rotary Club of San Jose, the board of Silicon Valley Monterey Bay Council, Boy Scouts of America. While chairman of the County of Santa Clara/Province of Florence, Italy Sister County Commission, he led a commission trip to Florence for a memorable week and entertained the Italian Commission when they traveled here. He also served as President of the San Jose Flycasters for many years and as Federation of Fly Fishers (Fly Fishers International) Northern California Council President.
Fly fishing, wine making, and duck hunting defined him in his pursuits beyond his profession. He was passionate in the details, techniques and execution of each hobby. He tied his own flies, listened and practiced duck calls on long drives to the Butte Sink and continually perfected his wine making for over forty-five years. He would take his younger cousins out on hunting and fishing trips as a young adult, and later bring his own children out where they got to see him true to form. His children carry some of their best memories of their father while sharing in those activities.  John Brezzo passed away December 4th, 2021 from complications related to the treatment of lung cancer. He was predeceased by his sister Betty Brezzo and his parents, John and Olga (Merlone) Brezzo. He is survived by his devoted wife Bonnie (Bush) Brezzo, and his children Susan (Dorsey) Quinn, Steven Dorsey (Linh Chau), Pietro Brezzo (Stephanie Carr) and Marley Brezzo (Jessica Lozano), along with his grandchildren Charlotte, Meg, Milo, Jessica, Sarah, Dennis, Giada, Vincenzo, Nova, Leonardo, and his great granddaughter Lilly. He will be dearly missed.
In lieu of flowers, please consider donations to First Community Housing (Attn: Deb McClellan, 75 East Santa Clara Street, Suite 1300, San Jose, CA 95113), Silicon Valley Monterey Bay Council, Boy Scouts of America, SVMBC Boy Scouts of America (Attn: Heather Lerner/Jason Stein, 970 West Julian Street, San Jose, CA 95126), or volunteer for a cause close to your heart.
https://www.lastingmemories.com/memorial/john-neil-brezzo