The Forebay has been hot this past week for everybody but me. Tim, Vaughn and Richard all fished the forebay last week and had excellent days. I took a chance on the weather today to try the forebay and was pretty sure that today would be epic. The day was slow for me and the red light kicked me off the lake early, but it wasn’t without excitement and promise. I got to the forebay around 8:00 and Tim had already been out for a couple hours. He had a couple fish near the island and I went straight to the end of the Mederious rock wall to look for “the beast”. The fish were not as concentrated on the wall as they had been a couple weeks ago but where I could find a school of 6 or more running around the deep, I was able to catch a half dozen 16-20 inch fish off the wall on both sides of the channel. The wind started up around 11:00 so I decided to try the north end of the trench where “the pits” are in 16 feet of water I landed on an enormous school of fish as soon as I cut the engine. Right off the bat I hooked one casting to the school but then I went hitless for a couple hours even though I was casting into huge schools of fish. It was very odd. I started to cycle through flies and I managed another one on a 6 inch flashtail clouser. I thought that was the ticket but I couldn’t duplicate it. I thought that maybe I was fishing under the fish and switched to a Type 3. Still nothing. I threw the book at them and I couldn’t figure it out. Tim did better catching fish off the wall while I tried to figure out the schools. It was humiliating to have fished over so many fish without more luck. I guess when the fish want to eat, They eat. The hummingbird 360 came in handy trying to follow the schools even though I couldn’t seem to convert once I found them.

The wind forced Tim and I to the launch several times today but it seemed that every time we returned to the launch, the wind would die and sun would come out. We went back out twice. But despite the overtime sessions, I couldn’t score. You wind some and you lose some.

So many fish and no action…. 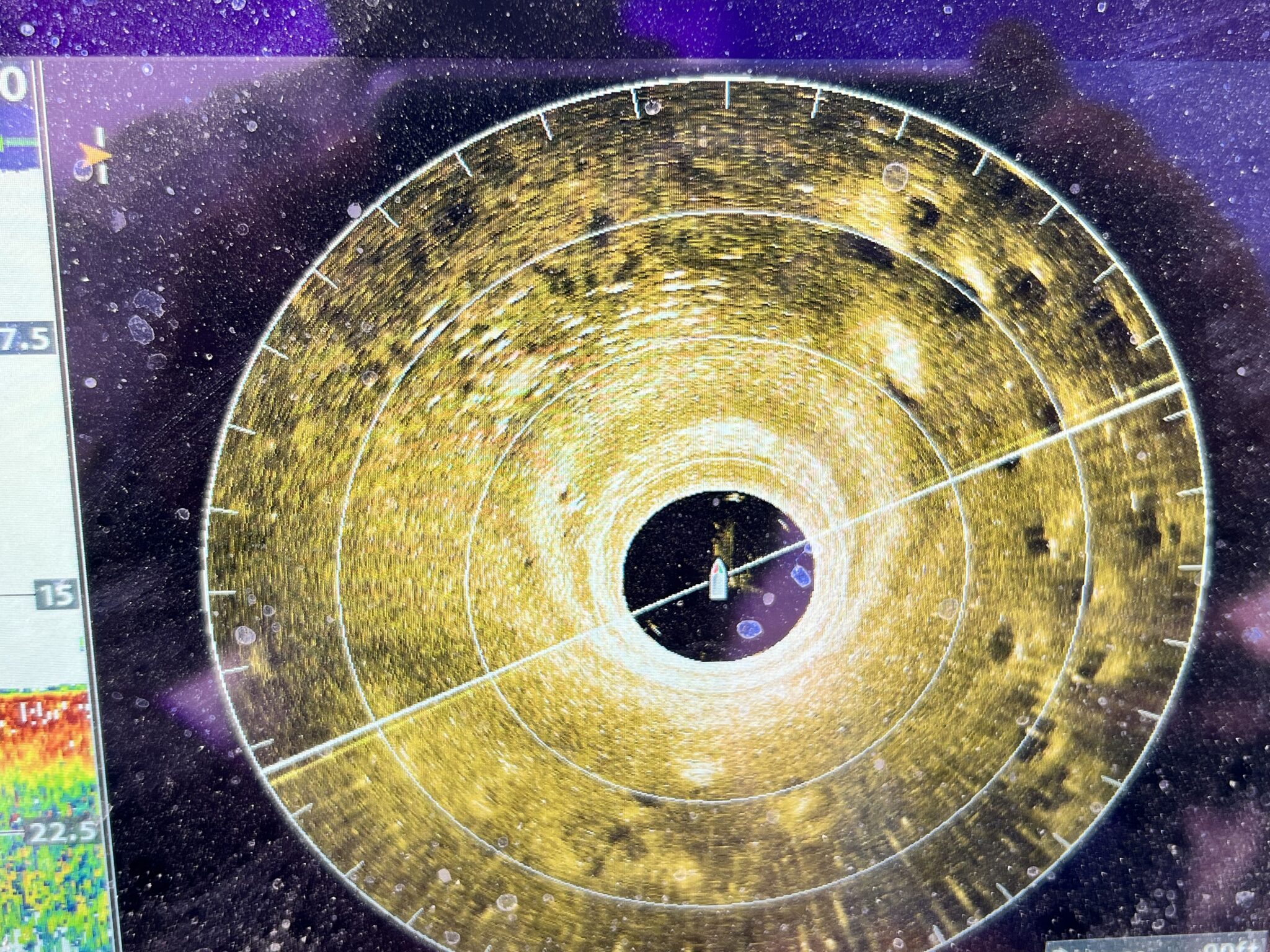 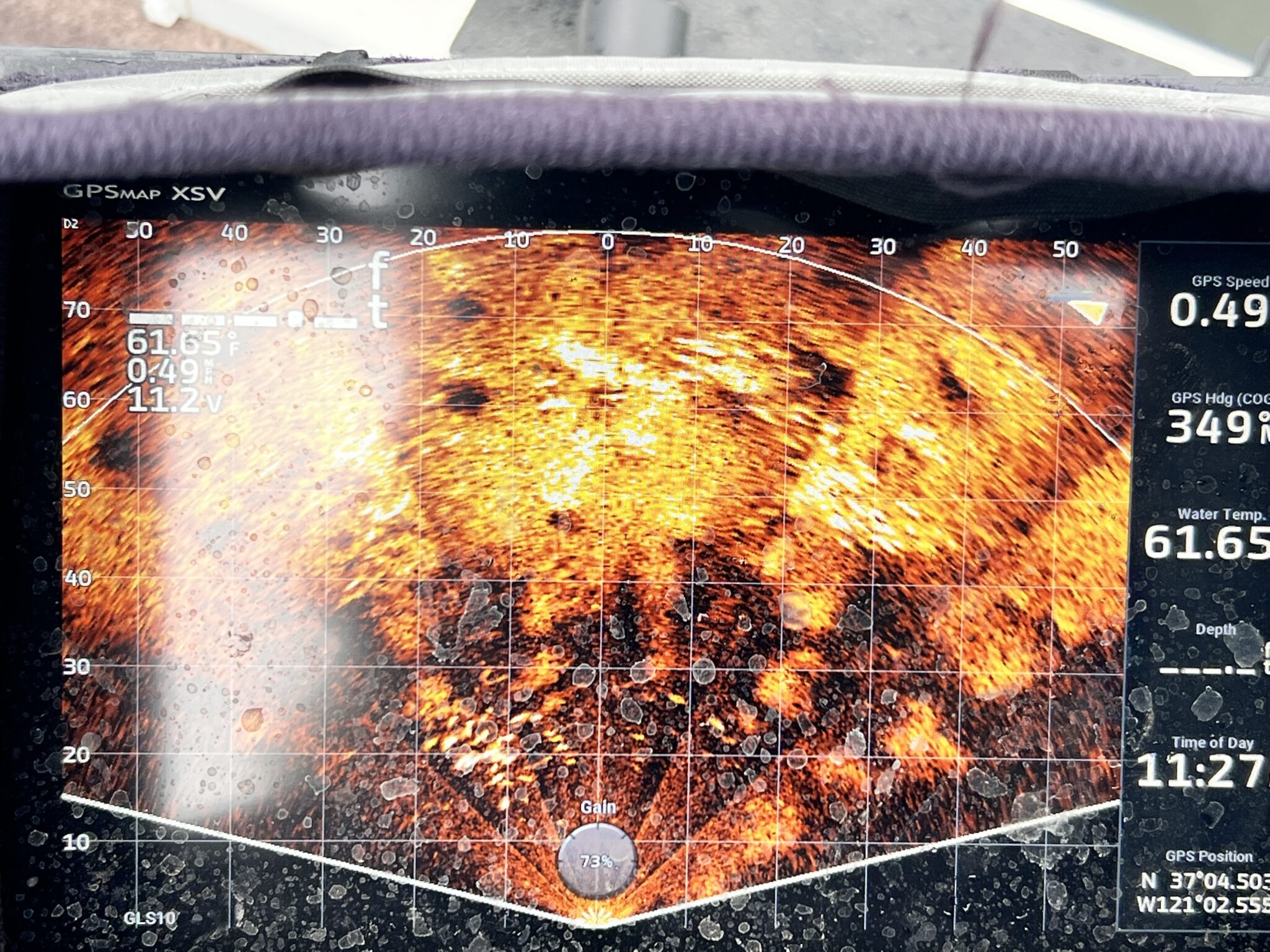