Saturday May 21, 2021 -The weeds are starting to get thick in the Forebay this month.  I woke up early this morning because I’m still jet lagged from our Paris Trip,  and between the hayfever allergies and the Jet Lag,  I was not  feeling 100 percent. I took a Covid test just to make sure it wasn’t that and the Monkey Flu crossed my mind.  Or maybe I was just experiencing withdrawal symptoms from not fishing for three weeks.  I drank two cups of coffee and took a couple tylenol and a antihistamine and set out to cure myself on the Forebay.    As expected,  the wind was about 10 mph when I got there,    The wind predictions called for it to flatten out around 10:00 which it did.    Steph pulled up as I was launching and we planned our coordinated attack.  Steph was going to the Powerhouse wall and I headed for the Trench.  As I launched through the thick weeds at Cottonwood,  I saw  a few stripers busting bait right in the weeds adjacent to the launch.     I threw a topwater plug at them and didn’t get a blowup.

Before I left for Paris ,   I upgraded the transducer  on my Panoptics to the LiveScope Plus LVS34. Instead of  selling the older Transducer,   I built a portable  ice fishing unit around it so that I could have two units in the boat in case two anglers want to use one bow and stern.   Two 180 transducer pointing in opposite is better than one!   There is much more detail and resolution at longer distances with the lvs34   I can now use the panoptix at 100 feet instead of 80 and get even more detail. It is a definite improvement worth the money.   The only thing I could not get working today was active captain to record the screen.    Hopefully I will figure that out by next trip out.  I upgraded the firmware on both units and I forgot my optimal settings.   Npw  I have a portable unit that I can take from boat to boat and maybe even fit on a float tube or Pyramid lake ladder.

I found a few schools in the trench near the island and the fish seemed to be hungry for minnows.  The fish were done with spawning behaviour we experienced three weeks ago and with the weeds getting thick again. The water temp was 65 degrees. Plus the fish seem to be in there post spawn physiology.   Thinner and feeding. .   The fish are fighting super hard like bonefish. I had the best luck fishing weed edges and lanes near weeds and rocks.  I can tell these areas are going to be good by watching schools of fish work the edge on the Panoptix.   You can clearly see them working the edge like a buffet,  stopping occasionally to pig out in different spots and moving on.   Most of the fish I caught today were in the Medeiros Channel fishing both the rock wall and the east weedlines.     I also caught a dozen fish in the  11 feet of water today in the flats.     I used a t14 all day until I wore the welded loop appart casting it so much.     I switched to a type 3 on another rod in the boat and did not do as well.   I think the fish are feeding deeper and even though the water Im fishing is 12-15 feet.   Fast stripping a t14 keeps you in the lower one longer than using a type 3 and waiting for it to hit depth.  One secret to fishing the forebay is when the fish are hitting fast flies, you can use a t-14 all day long even if you are fishing in 6 feet of water as long as you can plane the line on the fast strip.    It was a pretty steady day working the weedlines again – a bit better that minimum wage,  Ended the day with a little over 30 fish fishing from 8am -5:30pm.

I headed in at 5:30 and I could see a lifeguard Sheriff  on the launch as I approached  and sure enough,  he was doing inspections on boats and issuing tickets for speeding inside the buoy line.    There were two boats ahead of me on the launch and I could see he was writing out a ticket to someone.  As I  moored  my boat,  he came over and asked if he could inspect my boat.     I pulled out all my life preservers,  fire extinguishers, Flairs, horns and a Mustang Rescue Stick.    He asked me how old I was and I told him I had a boating license even though I wasn’t required to get one.  By 2025,  all boaters will be required to be licensed in California.  This year the cutoff is 45.   I must look  20 years younger.    The first thing he said to me was that I was going to fast inside the buoys.    I thought I was going pretty slow because there were two boats ahead of me and I was timing myself,   but apparently not slow enough even though he let me off with a warning.  I could probably defend myself with my gopro footage.     My motor is acting up and I’m almost certain now that its water in the fuel which is forcing me to idle fast and the wind was blowing with chop.  I had to be in gear or drift off my line.   He also told me that the CO2 inflatables Life Preservers half to be worn all the time if you are to count them as Life preservers.  The exception to not wearing one all the time is that you have to have  type 3 life vest in the boat for every passenger.    Then you dont have to wear  but it’s handy to grab   My Type V (Inflatable)-  must be worn to count. Once taken off, these don’t count towards your required approved PFDs for each person in the boat. You must have type 3 life vest in the boat if you dont want to wear a Life Preserver.  Also the throwable Mustang Rescue Stick does not count as a throwable life preserver even though its better. .  I updated the boat to comply.

I felt much better after a day in the Sun on the forebay.    It’s amazing what sun and water can do for allergies and jet lag,    I think the air has less pollutants over water even when its windy.   Seems I could breath better.   Also , they say it takes a day for each time one you cross to recover from Jet Lag. and Paris is 9 hours different. Natural light exposure is the most potent factor in regulating our 24-hour cycles and is based on the generation of Serotonin.    I’ve heard some doctors use Melatonin to recover the normal sleep cycle but the anti histamines I take for allergies mess with the Serotonin so I’m on my own .

Steph confirmed my suspicions about water in the gas being the cause of my issues.    I asked him what he did about it,   He said he drained his tanks and it went away in a year.  I watched a cool Youtube on how one guy did it himself easily.   I think I will give it a try before I take it in to the shop. 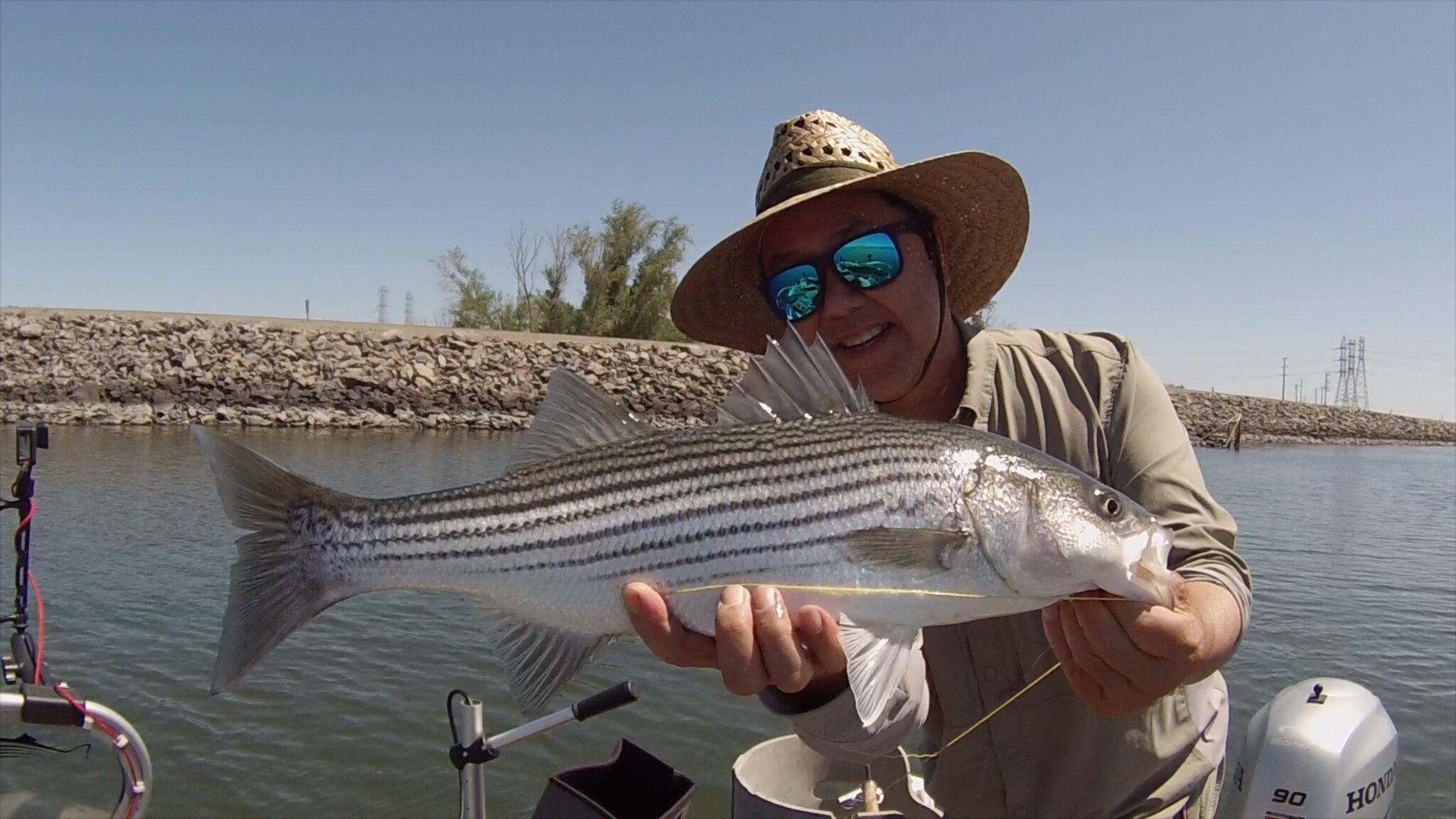 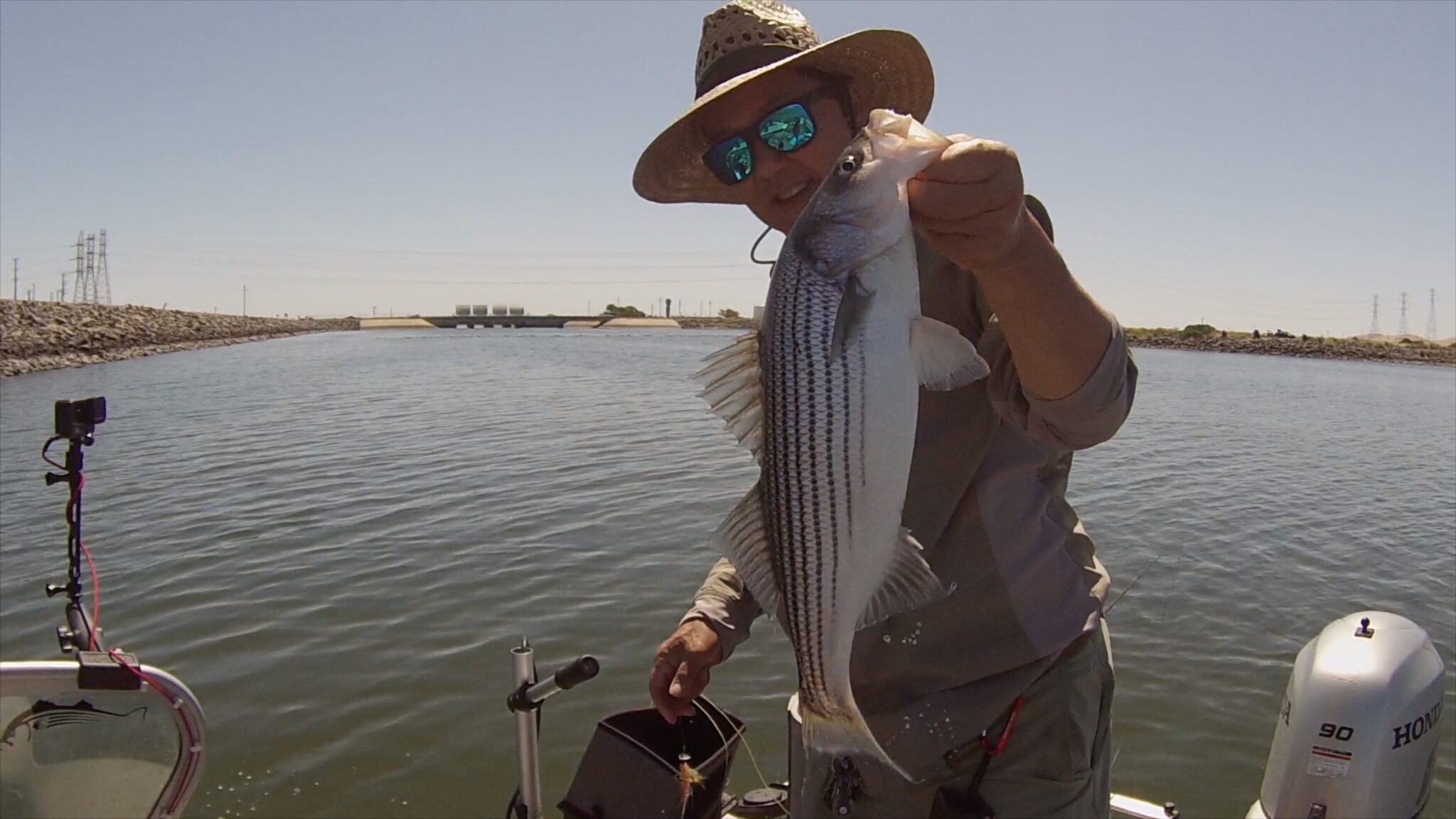 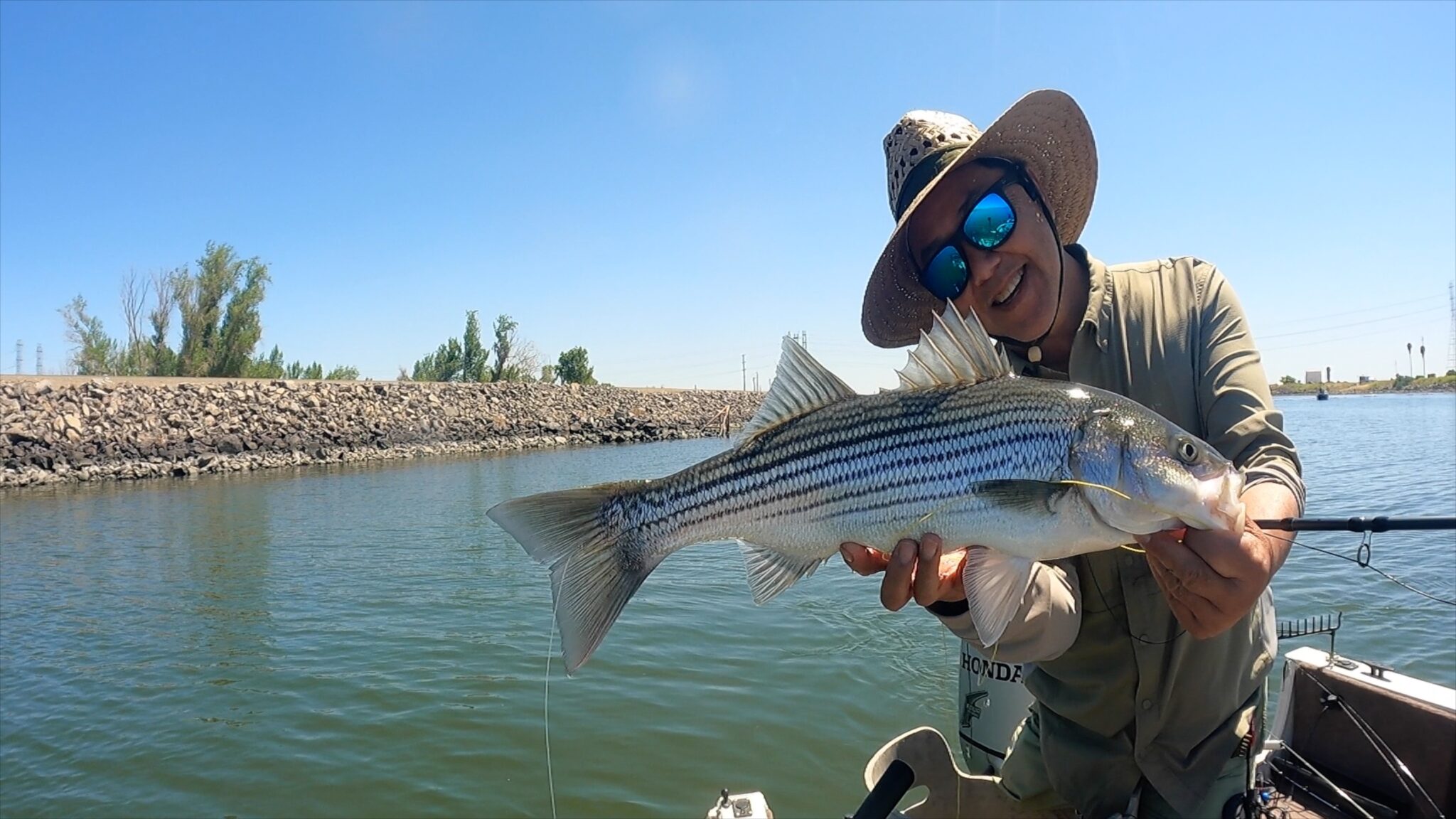 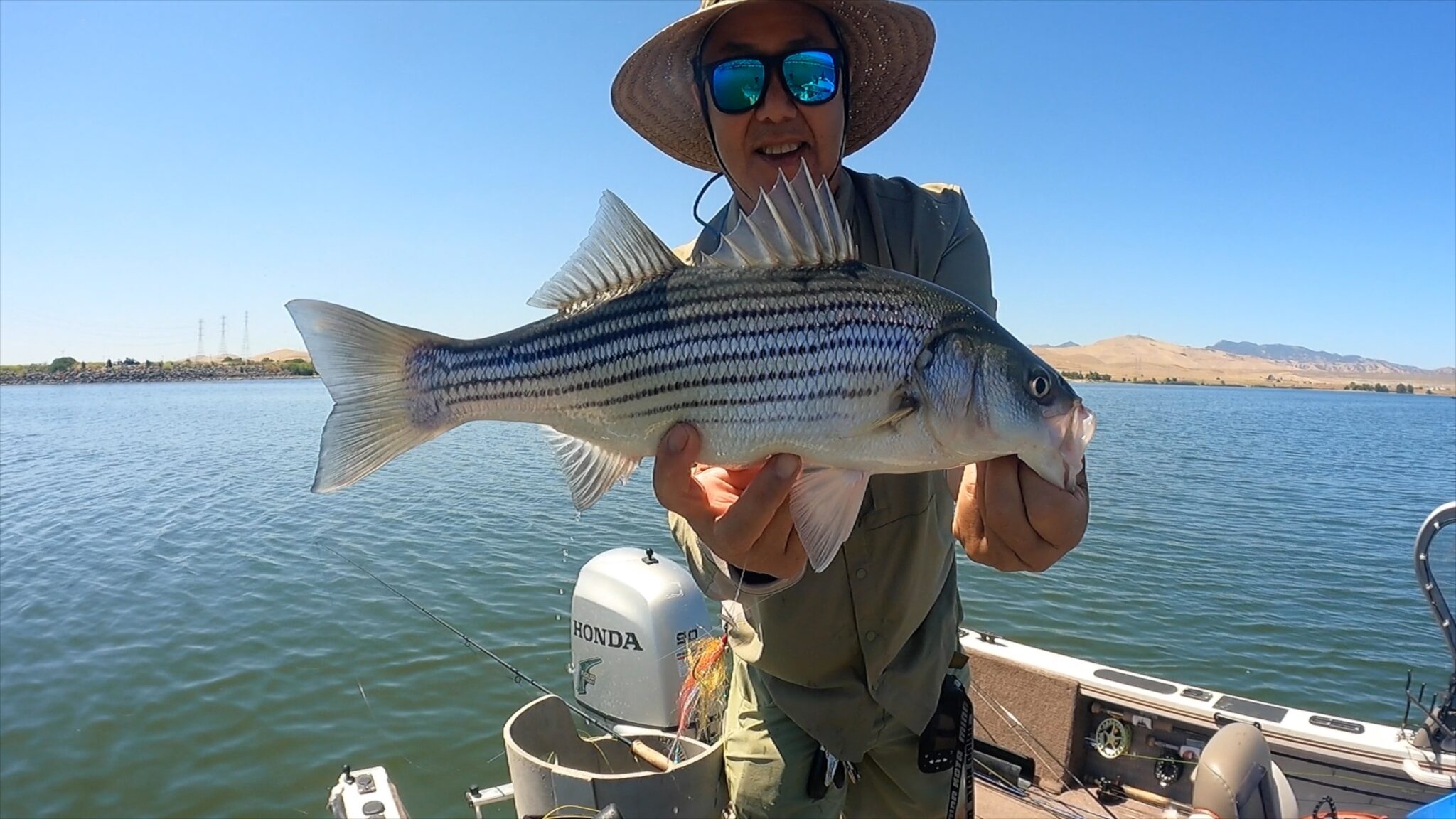 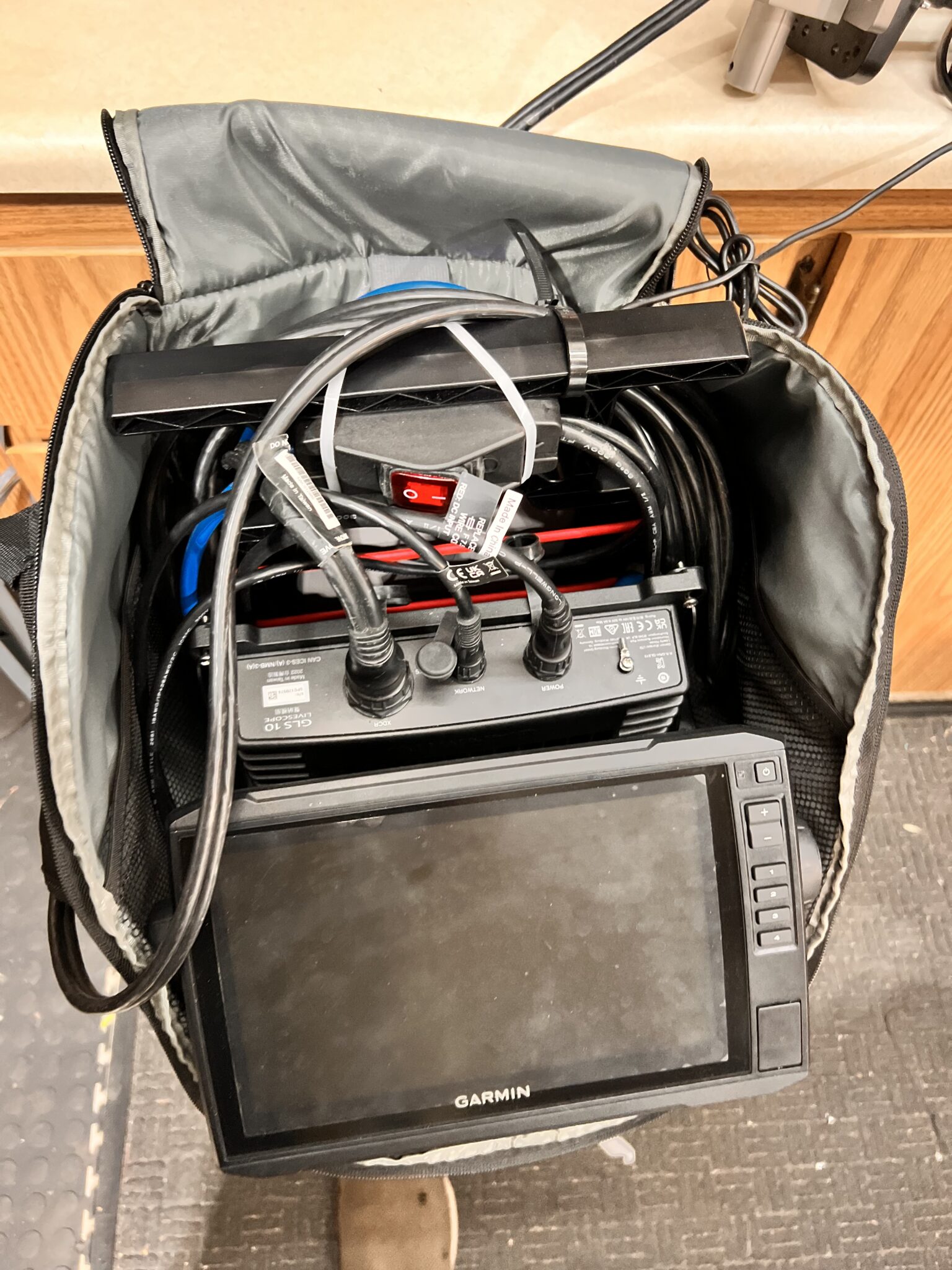